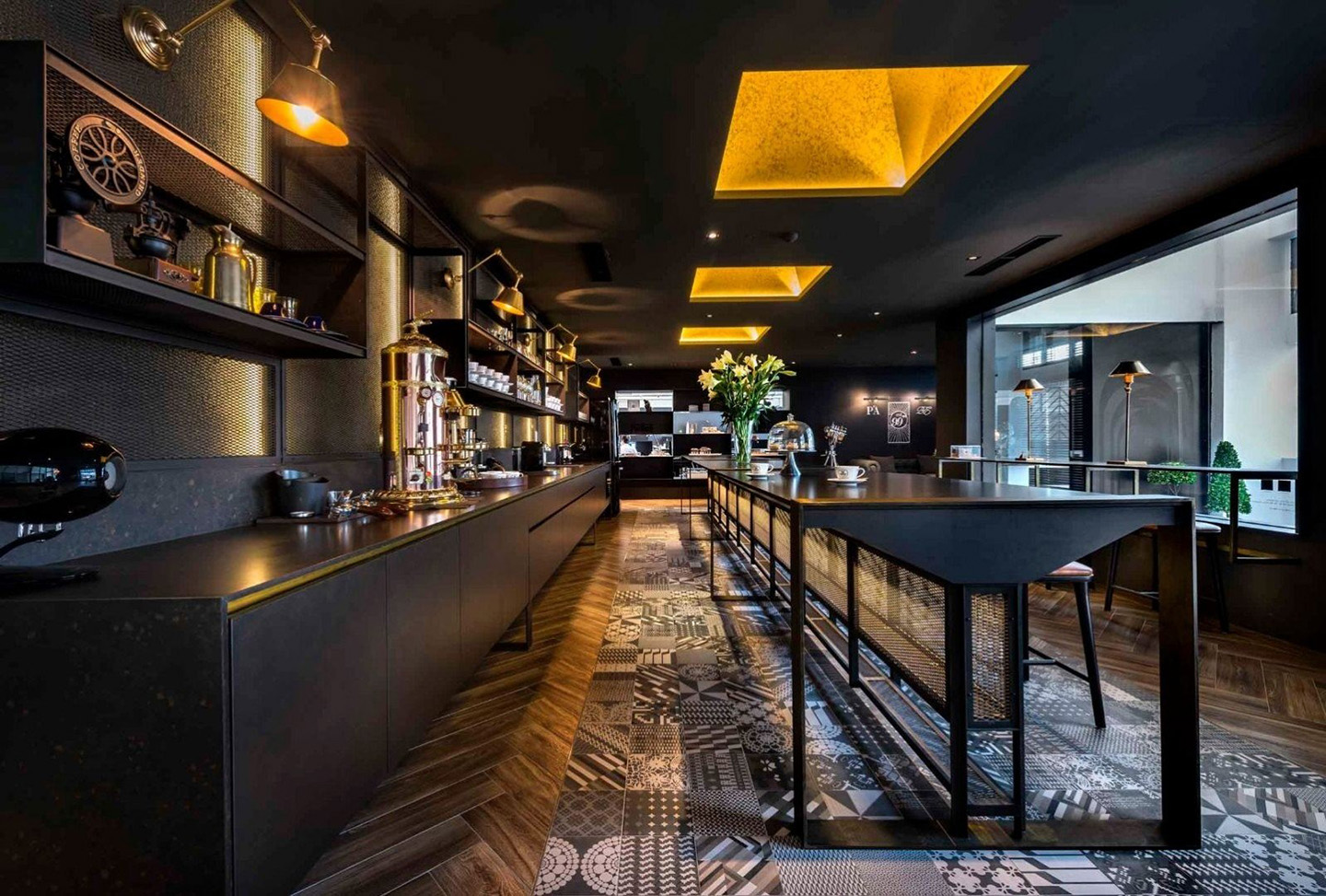 The site for this project is a former school compound that was built in the 60s. The school was vacated in 2001 and the building was subsequently converted into commercial development in 2013. The premise itself is located where the old library hall used to be. Situated at the highest part of the building, it contains an expanse of column-free space crowned by a series of barrel vaults.

Louvre windows that extend from floor to arch allow natural light and air to flow through in abundance. The space was initially taken over in a derelict state, however, its immense potential was immediately recognised. Seeking to celebrate and activate the intrinsic qualities of the existing space, the design was conceived as an orchestration of varied and contextually sensitive spatial experiences, instead of the function-centric approach typical of office design.

The design rejected the rigidity of the typical bureau, in favour of a creative environment that challenges conventions and celebrates informal spaces – an Anti-Office. This approach creates seamless, informal spaces where functional boundaries become ambiguous. The journey begins with what was originally a run-down corridor leading to the common toilets. It is now home to a grand entrance foyer that contains conference and gallery space.

A black steel staircase, which connects to the guest lounge above, is located at one end of the elongated space. An existing metal screen that was restored and retained in its original location marks the opposite end. The meeting table punctuates the space in between while a green wall at the far end of this visual axis leads the eye through the space.

The strategic placement of objects and furniture in the foreground, mid-ground, and background allows the full depth of the space to be appreciated, while a series of black arcs that criss-cross between two offset rows of V-section steel posts accentuates the curvature of the white ceiling.

These two simple gestures, namely the placing of visual cues and the highlighting of the ceiling, not only introduce the qualities of the existing space but mark one’s arrival with a subtle sense of occasion as well.

To reinforce this narrative, the plaster finish of the existing wall was stripped - almost archaeologically – to reveal the timeless texture of the original concrete structure. A short flight of steps leads one onto the social heart of the office. Here, instead of hiding the conventional pantry area as a “back-of-house”, it is celebrated as a hip café – informal and inviting.

The ceiling of this space was deliberately lowered to create a compressed space. This play of spatial volume punctuates the journey with a pause and helps to highlight the experience of the barrel vaults.

A series of golden, lit up ceiling coves blanket the dark space with warm light. This perceived warmth is enhanced through the tactility of the rough plastered wall, textured timber flooring, and printed tiles.

The intimate scale of the space and material palette creates a cosy and relaxing environment which enables it to comfortably host a variety of functions – reception, guest lounge, casual events, and informal discussions.

The open platform is a wide, column-free space framed by several bays of barrel vault ceiling. Abundant light flows through the ceiling with high glass fenestrations on both sides of the space. The main productive space is found here, taking advantage of the light and space.

The rational and orderly insertion of furniture and mechanical equipment takes on a neutral but complementary stance so as not to distract from one’s experience of the space.

At a corner in this open platform, a green house – the director’s office - stands quietly. Designed as an objet d’art, it provides an interesting visual anchor as well as addresses the final bay of barrel vault in a subtle manner. 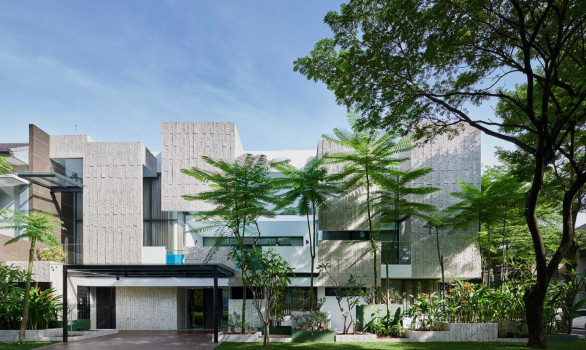 PROJECT - INDONESIA
8 MONTHS AGO
RAD+ar Designs a Thorough Climate Responsive House with a Contemporary Edge
Passive Lab House by RAD+ar is built on a land plot in a housing complex in Greater Jakarta. Surrounded by lush greenery, the corner house stands as a monolithic block with its rough concrete façade. Taking a closer look, the robust frontage opens to an inner part of the house exterior—a terrace with a swimming pool and glass-cladded balcony. 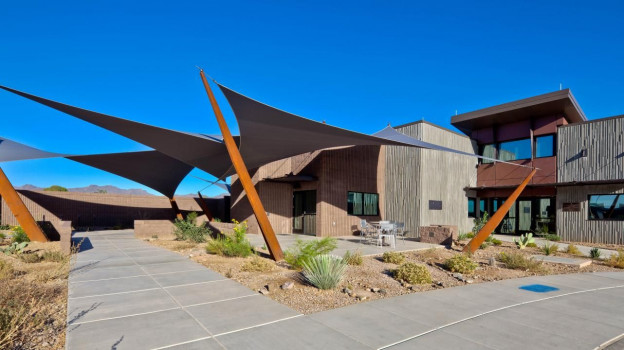 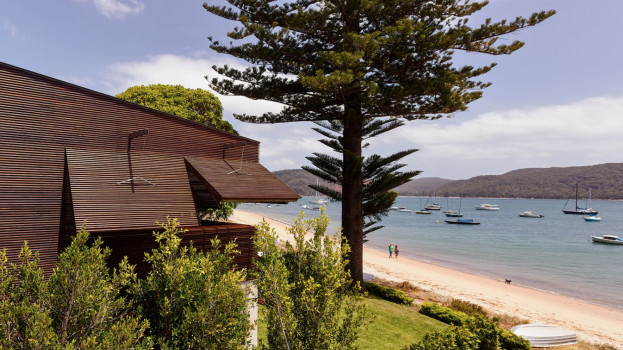 PROJECT - AUSTRALIA
2 MONTHS AGO
Operable Facade
Our brief for the Pittwater house was to create a beach house for a retired couple that was large enough for their extended family of children and grandchildren to visit and stay.