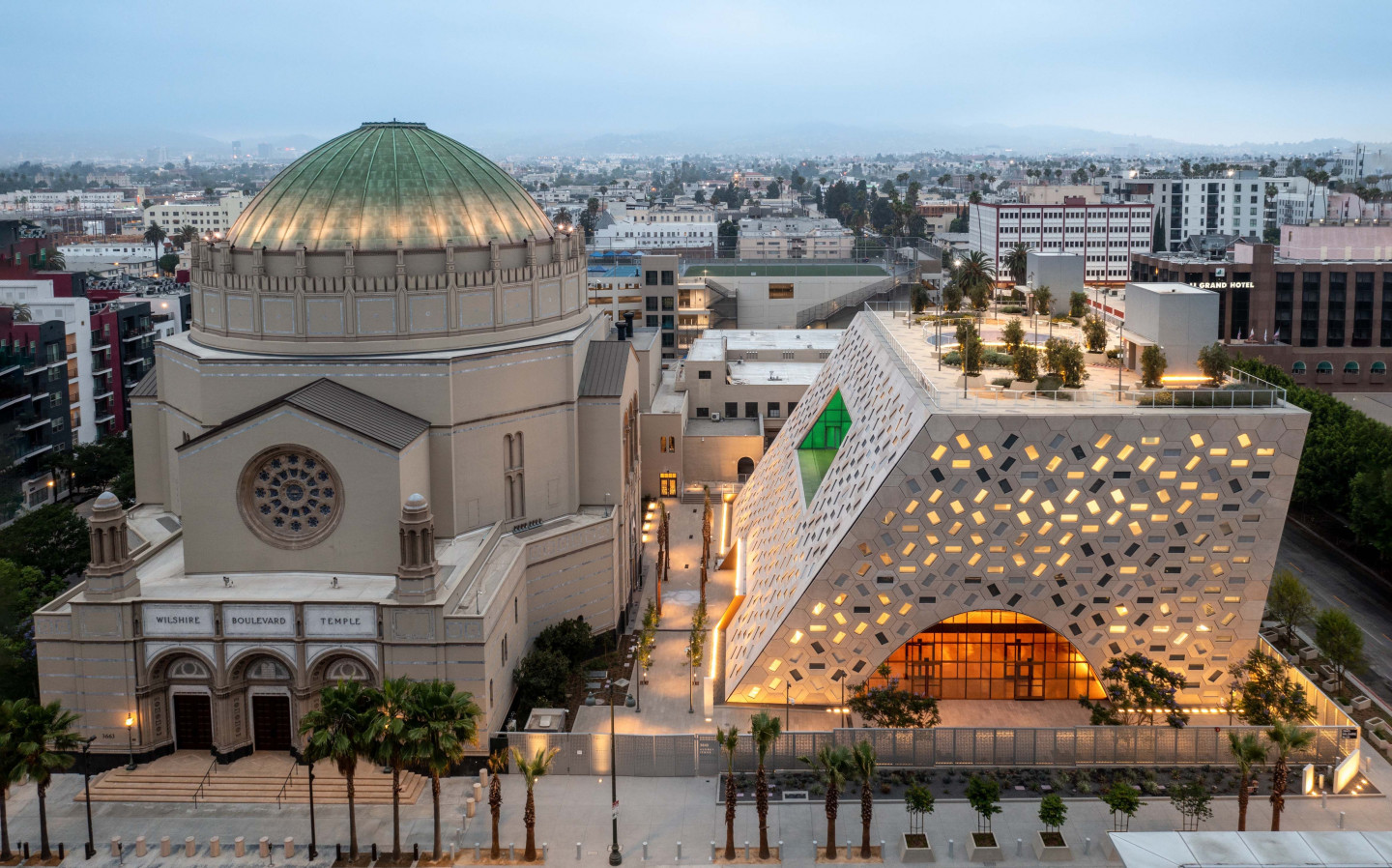 We have been trying to build in Los Angeles for more than a decade and the Audrey Irmas Pavilion for the Wilshire Boulevard Temple marks our first cultural building in the city. It is also our first religious institution. Religious institutions have always played a critical role in civic life as places for communal activities in and out of worship.

The temple’s vision for its campus was to create a space to host the multiple ways in which people convene. How can the new pavilion harness the energy of gathering that is simultaneously respectful to historic traditions and reflective of modern civic needs?

The pavilion is designed to be a machine for gathering, forging new connections with the existing campus activities and inviting the urban realm in to create a new civic anchor. We wanted the building to be iconic enough to be recognized as a new civic entity but subtle enough to complement the iconicism of the existing temple. Our approach is simple yet contextual. The starting point was a box: the all-too-generic model for an event space. The basic box is shaped with forms out of respect to the adjacent historical buildings on the campus.

On the west side, the building slopes away from the existing temple, creating a thoughtful buffer and framing a new courtyard between the two buildings. The pavilion leans south, away from the historic school, opening an existing courtyard to the sky and bringing light in. The parallelogram simultaneously reaches out toward the main urban corridor, Wilshire Boulevard, to establish a new urban presence. The resulting form is carved by its relationship to its neighbors. It is both enigmatic and familiar, creating a counterpoint to the temple that is at once deferential and forward-looking.

The facade draws from the geometries of the temple’s dome interior. A single hexagon unit with a rectangular window is rotated to reflect the program within and aggregated to create a distinct pattern. The panels enhance the building’s volumetric character while adding a human-scaled texture that breaks down its mass.

Event spaces often sacrifice character for flexibility. Here, flexibility is provided through diversity in scale and spatial characters for gathering. The pavilion consists of three distinct gathering spaces expressed as voids punctured through the building—a main event space (large), a chapel and terrace (medium), and a sunken garden (small). The three spaces are interlocked and stacked one atop another to establish vantage points in and out of each space. Within each space are a series of openings that filter light and frame views to the temple and historic school, reorienting visitors to the complex and beyond.

At the ground level, the main event space echoes the temple dome by lowering the arc and extruding it north across the site to connect Wilshire Boulevard to the school courtyard. In its full length, the vaulted, column-free expanse has the capacity to host diverse programs such as banquets, markets, conventions, performances, and art events. An oculus provides a view through the void above to the dome of the historic temple.

On the second level is a more intimate chapel and outdoor terrace. The trapezoidal room and terrace face west, framing the arched stained glass windows of the historic temple. A third void is a sunken garden that connects smaller meeting rooms on the third floor to the rooftop event space with expansive views of Los Angeles, the Hollywood sign, and the mountains to the north. Together, the voids establish a diverse collection of spaces for multiple purposes—from sermons and studies, to b’nai and b’not mitzvah and concerts, to work and relaxation.

Due to the 2020 Covid-19 pandemic, the opening of the building has been delayed and the crisis has suspended the very act of congregating. Can the pavilion reassure the value of gathering, and even support the changing notion of gathering? 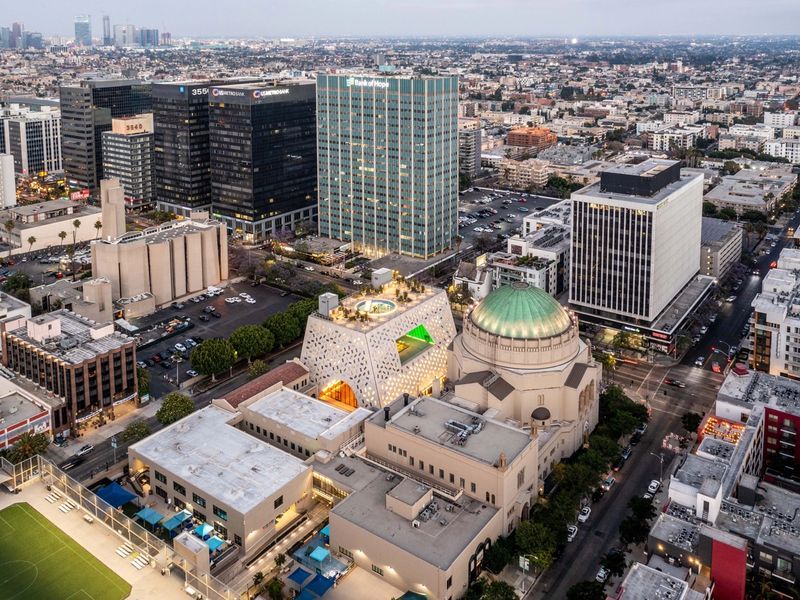 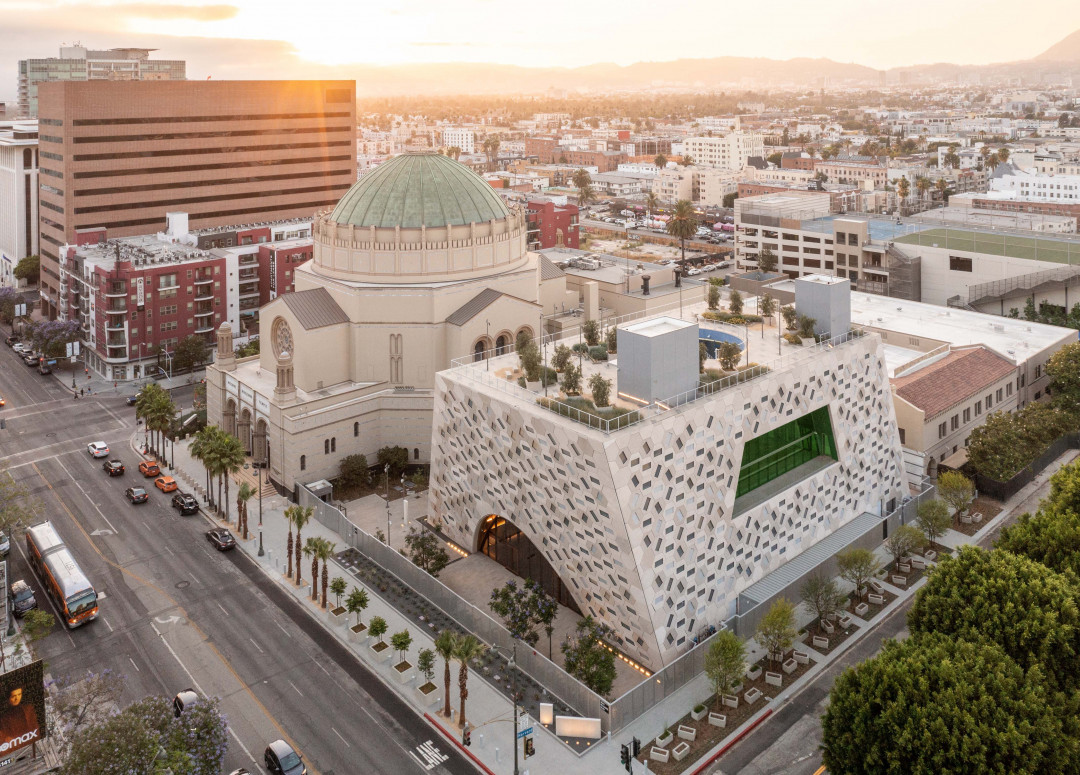 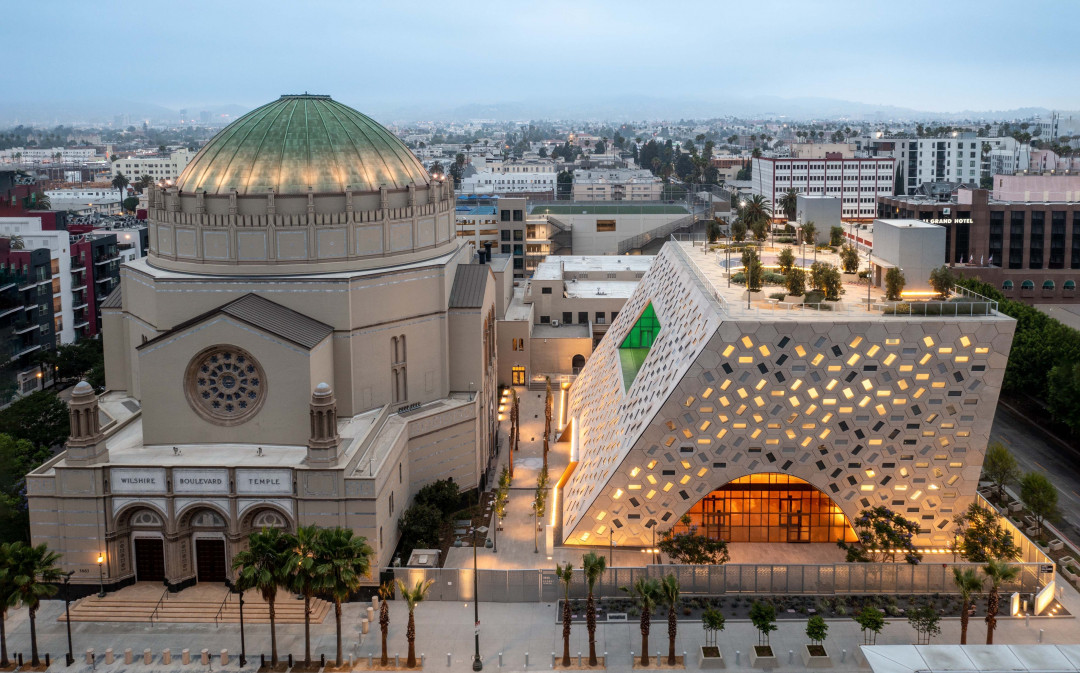 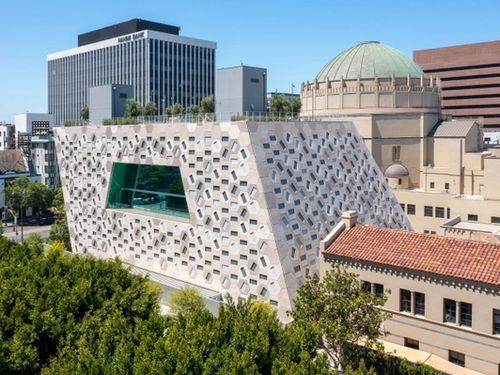 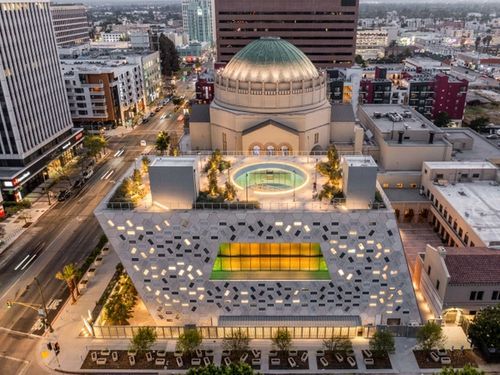 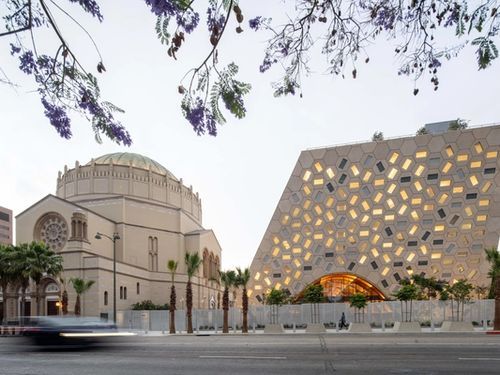 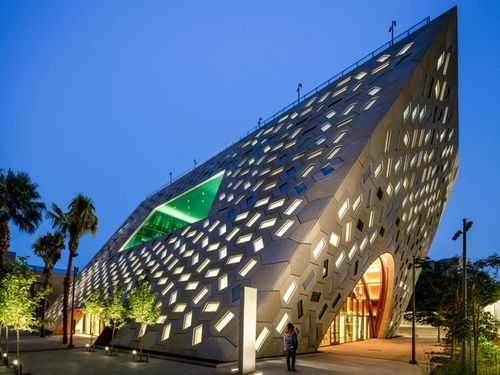 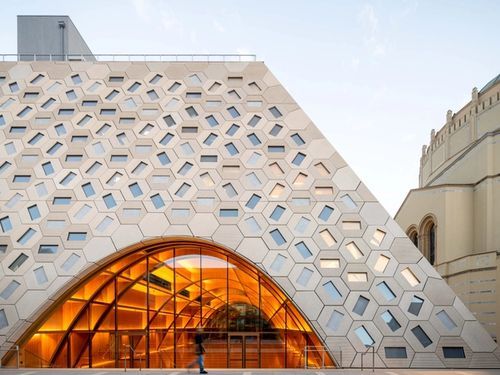 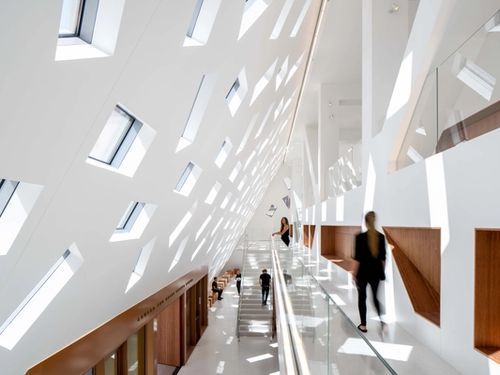 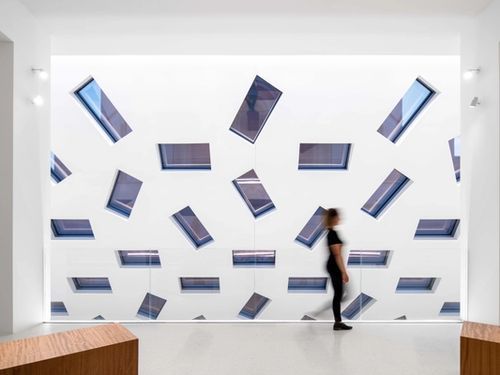 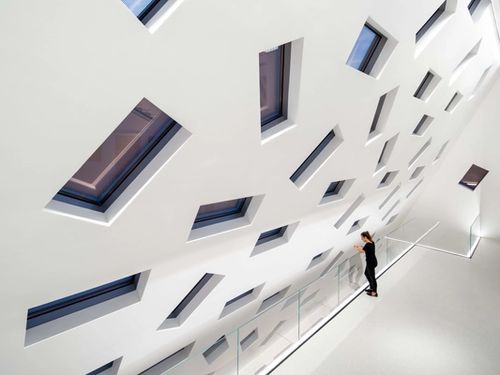 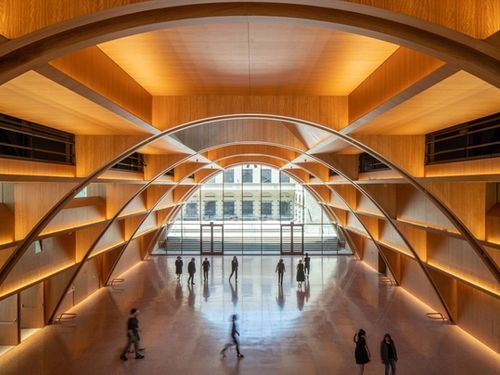 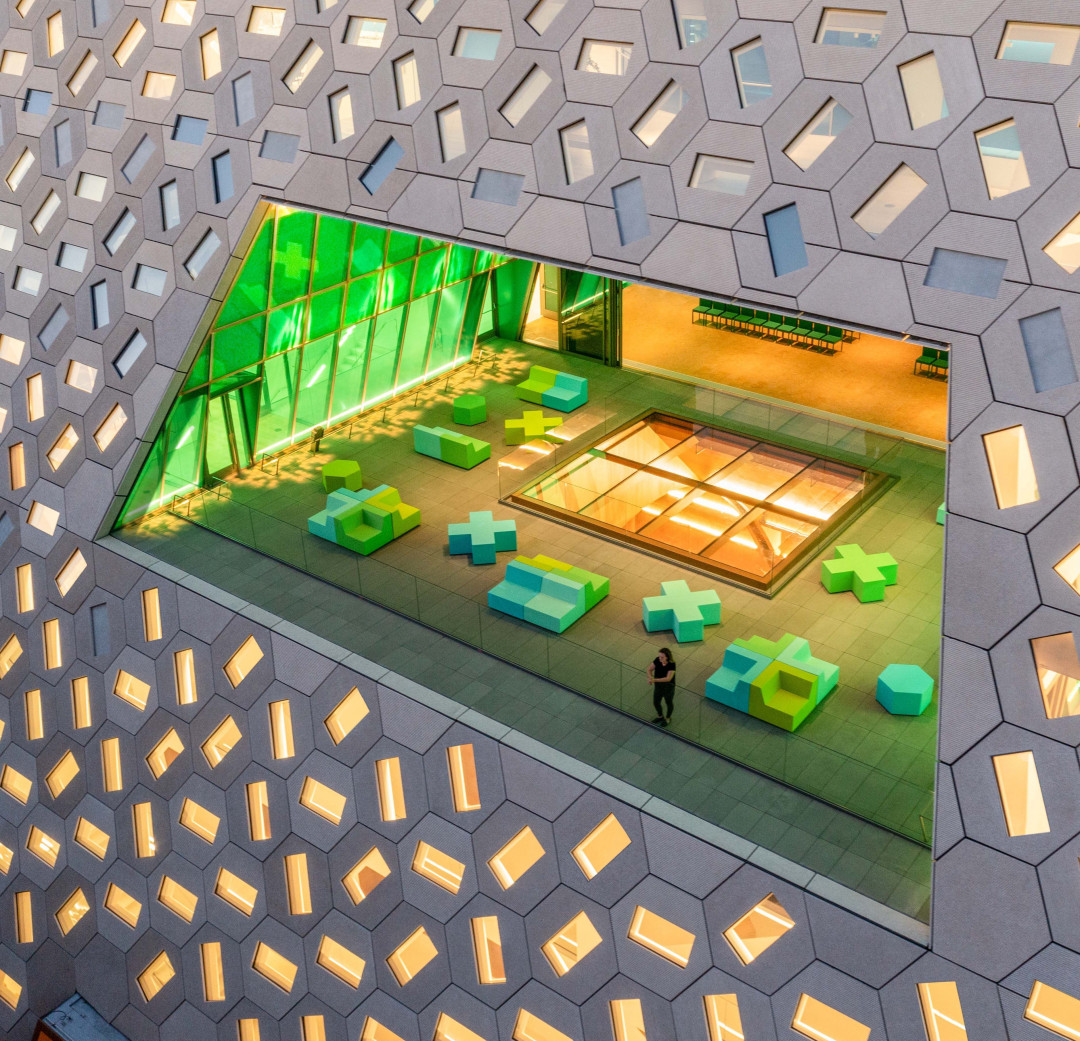 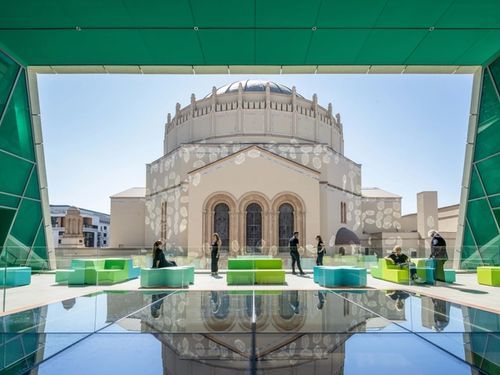 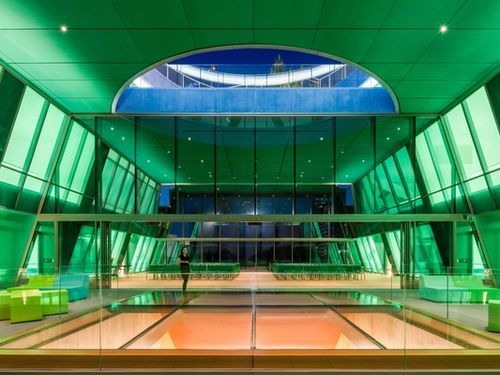 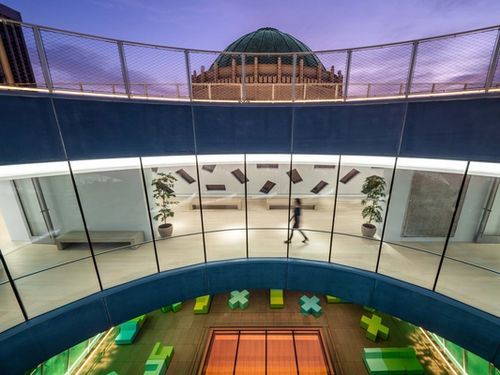 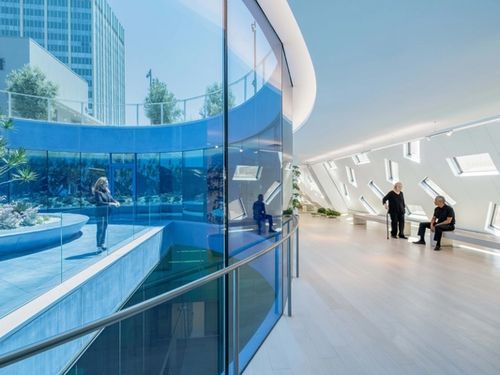 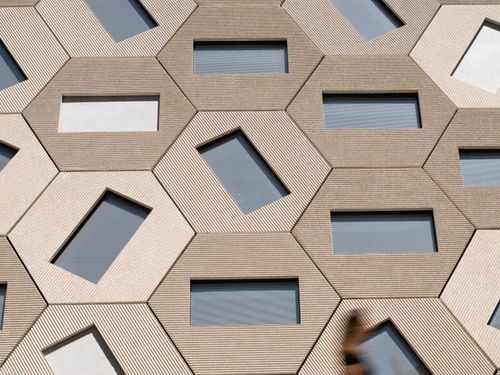 This article originally appeared in oma.com

USA
LA
Pavilion
Archifynow
blog platform
ArchifyNow is an online design media that focuses on bringing quality updates of architecture and interior design in Indonesia and Asia Pacific. ArchifyNow curates worthwhile design stories that is expected to enrich the practice of design professionals while introducing applicable design tips and ideas to the public.
View Profile
More from archifynow 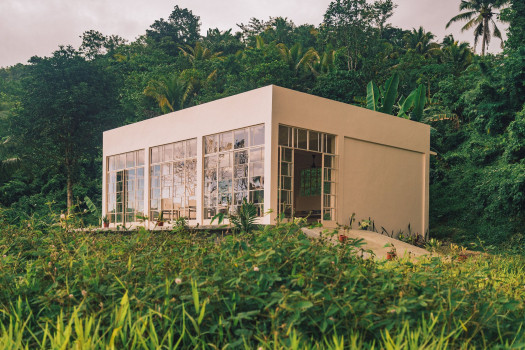 PROJECT - PHILIPPINES
3 MONTHS AGO
Learning Center in Village Mas-in, Philippines
After running architectural practice for nearly 2 years in rural Philippines, the Scandinavian Design studio Native Narrative have designed a serie of after-school facilities whereas the Mas-in Learning Center Project is one of four after-school facilities that have been constructed during 2018. 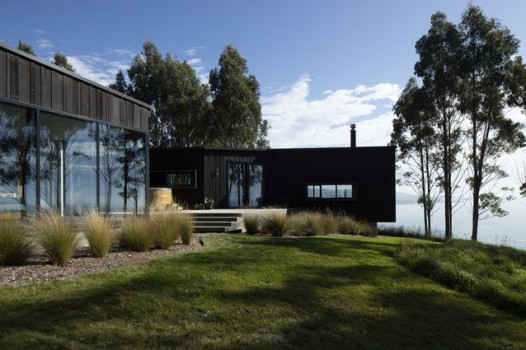 PROJECT - AUSTRALIA
1 YEAR AGO
Natural Order
Overlooking a sacred pā site, this Dunedin home by Mason and Wales Architects responds to its sweeping views and the needs of a growing family with considered planning and humble forms. 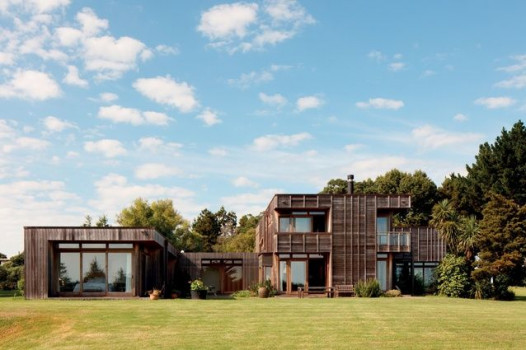 PROJECT - AUSTRALIA
1 YEAR AGO
Acoustic performance: Coastal House
This house’s cladding has timber battens deliberately spaced to read as notes of a Bach concerto for oboe, its musician owners’ favourite piece of music.