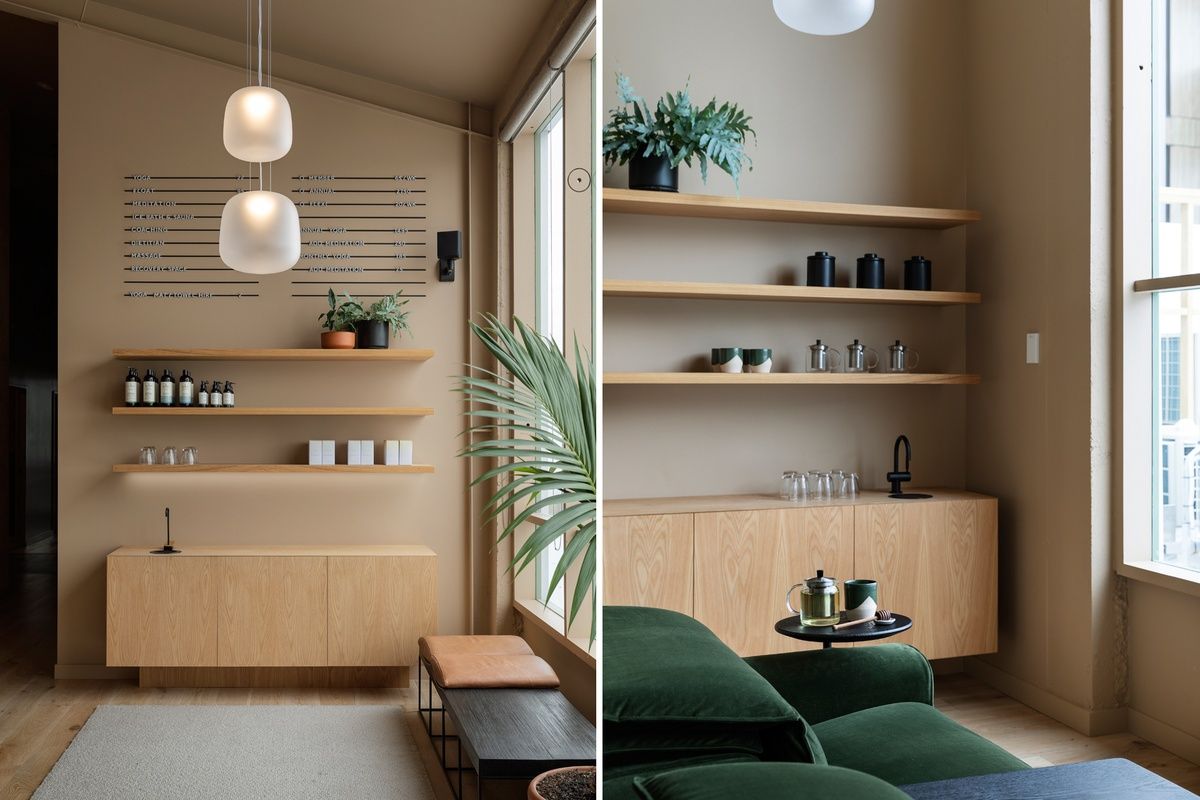 Creating Connection Through the Senses

Located in one of six Christchurch buildings that have been stitched together to form health and wellbeing precinct The Welder, wellness retreat O-Studio was judged this year’s Healthcare and Wellness award-winner at the Interior Awards.

A collaborative effort between architects Three Sixty Architecture, designers Establish Studio, branding agency Attraction Studio and client Tim Bateman, the project impressed judges with “its range of calming spaces for the rejuvenation of both mind and body”.

Tasked with transforming an industrial space into “a haven of peace and tranquility”, the design team was mindful that they wanted to retain some of the building’s existing fabric. The former mechanic’s workshop was layered with texture, light and voids, which captured a sense of the history of the earthquake-damaged building. 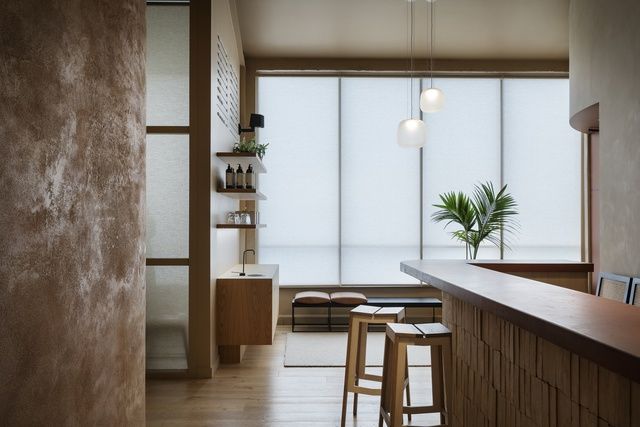 Together, the team worked to a holistic brief developed by Attraction Studio, inspired by Te Orokohanga o te Ao, the Māori creation story. “Our client wanted to create a place for transformational growth,” explains Jessica McKenzie of Establish Studio, “so its spaces, while at once being grounding and calm, also needed to engender feelings of determination, strength and resilience.”

To achieve this, says McKenzie, design decisions were made from an anthropological standpoint, putting the human experience at the forefront of the design. The overall aesthetic, she explains, was based on delivering a sensory connection through the five senses. 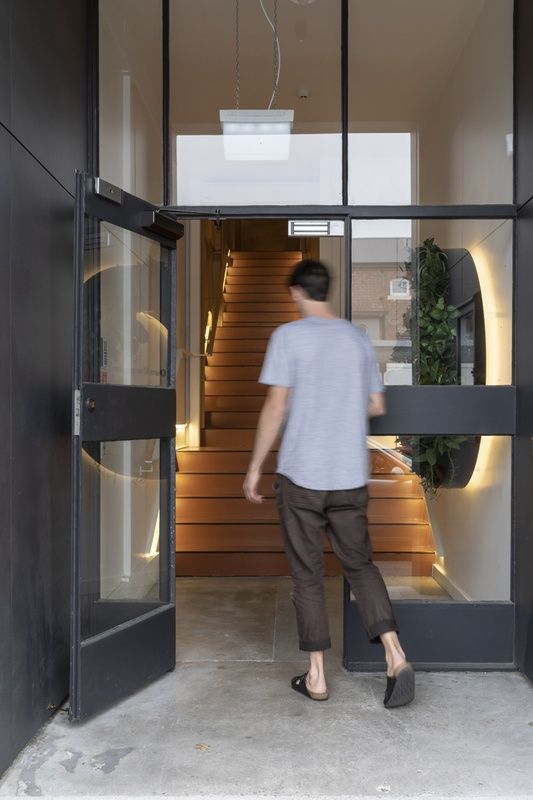 Warm lighting on the stair entices visitors from the street. Image: Sam Hartnett

“The journey from the street to the first-floor tenancy needed to be visually intriguing, to captivate our visitors,” says McKenzie. “On arrival, to invoke the sense of smell, we developed a unique oil blend for the welcome space and we selected a special blend of tea to add to the experience, along with a curated music selection.”

With our senses top of mind, materials and finishes were chosen based on how they felt to the hand or underfoot. Surfaces include clay rendered walls, timber floors and joinery, handmade terracotta tiles and lime-washed walls, “all-natural materials with a tactile, crafted quality that invokes a sense of excitement while remaining calm and grounding,” says McKenzie.

A natural, tonal palette, paired with rich, varied textures creates a warm, organic environment that both complements and enhances the existing raw shell of the building.

Within the studio are three distinct functional spaces: the yoga and meditation studio, communal and circulation spaces and cleansing and bathroom areas. McKenzie points out that the colour palette was crucial to setting the intended mood of each space and was done so in alignment with Te Orokohanga o te Ao and brand ethos. The inclusion of bilingual signage throughout marks a thoughtful engagement with tikanga Māori.

In addition to yoga and meditation spaces, the O-Studio offering includes infrared saunas, bespoke float pods and pro-athlete-grade massage devices. “By taking care in the planning and finishing to locate these things out of sight, this allowed the space to feel calm and welcoming, but still fully functional,” says McKenzie. 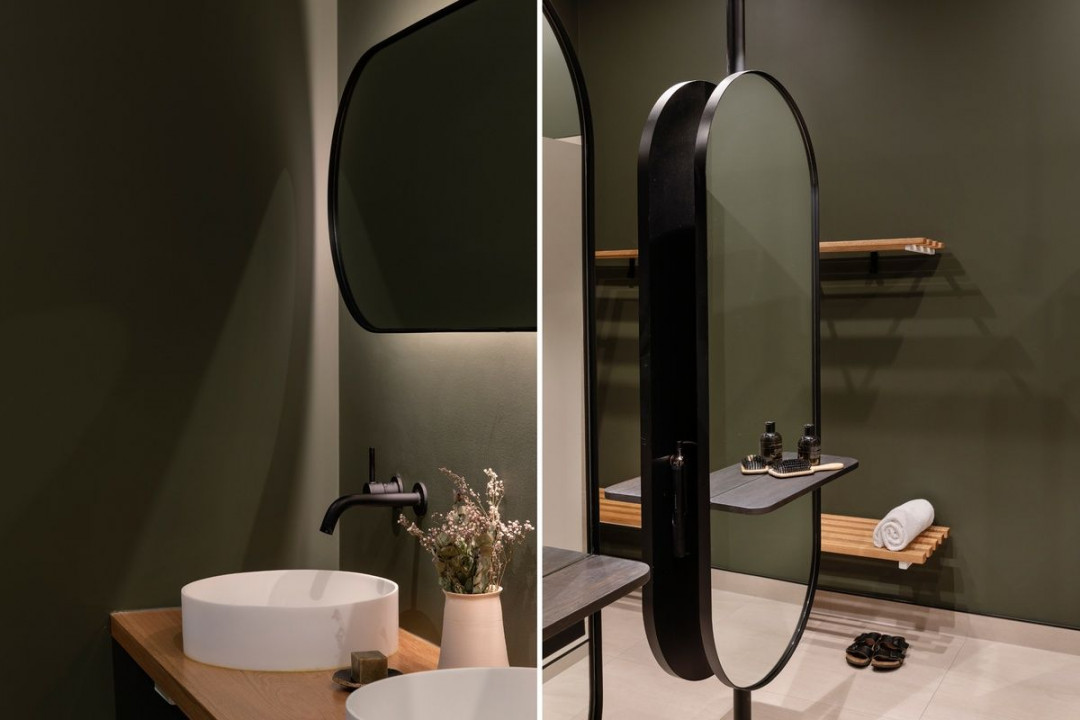 O-Studio fits a large amount of amenity into a relatively small area, at 300 square metres. The budget of less than $2k per square metre, including all equipment, led to a constant process of refinement, and space-saving features, such as freestanding grooming stations in relatively confined dressing rooms, ensure all areas work efficiently. Some of the studio’s larger group yoga sessions are held in open spaces within The Welder downstairs.

Christchurch’s O-Studio has received great community support and has won a number of awards since opening in addition to its Interior Award. Owner Tim Bateman plans to open further studios, using the same successful design language, and is currently looking at opportunities in the wider Canterbury area and further afield, in the North Island. 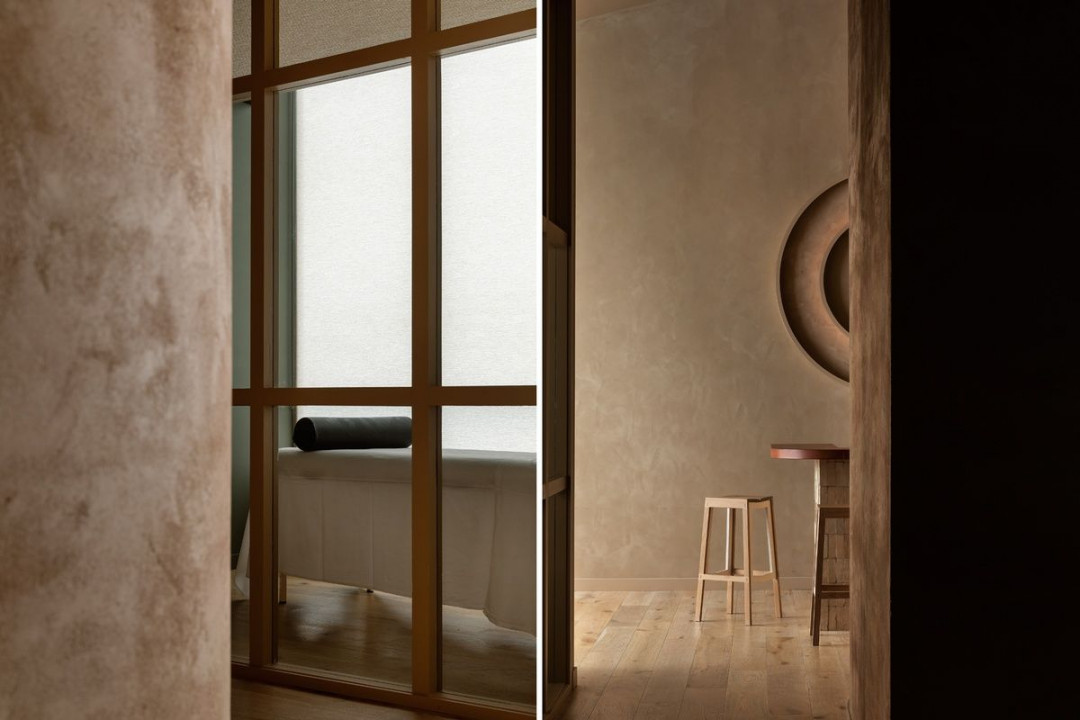 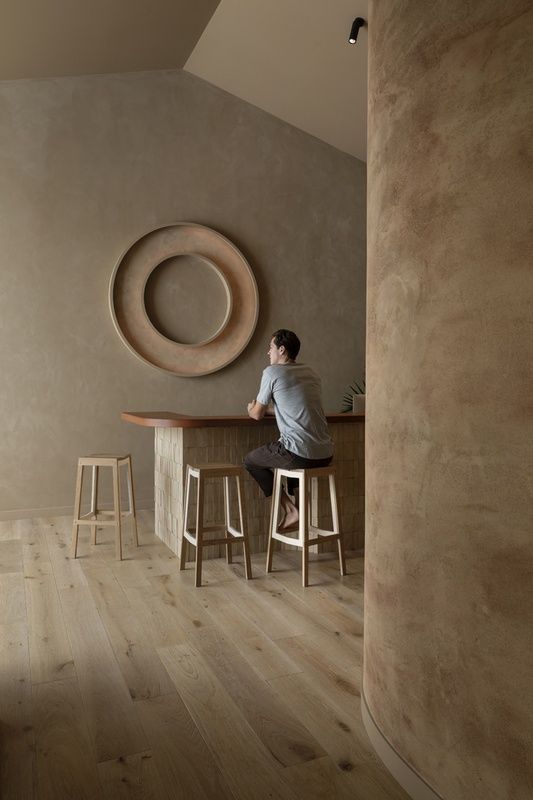 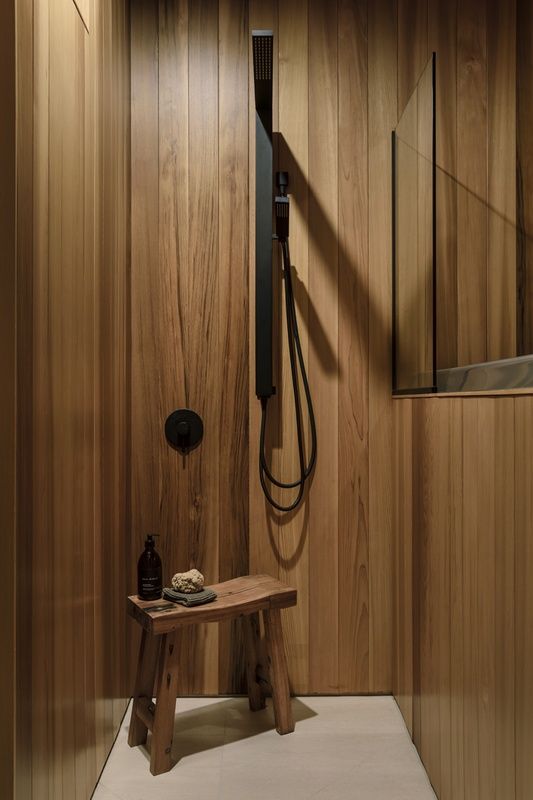 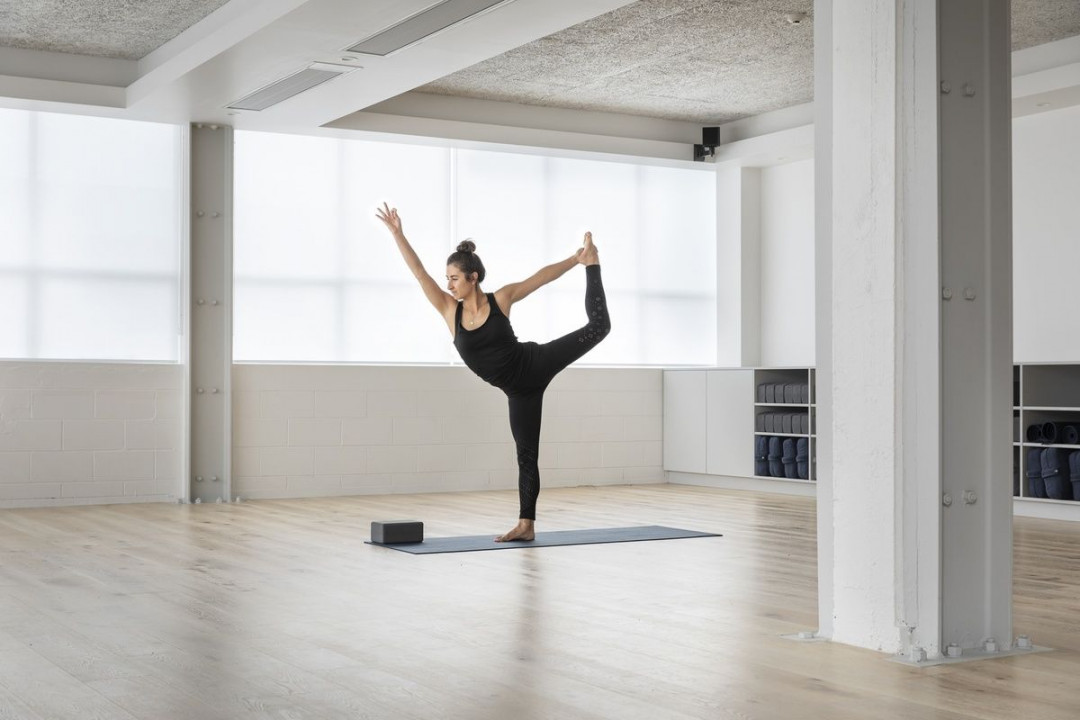 O-Studio was named the winner in the Healthcare and Wellness category at the 2021 Interior Awards.

Interiors
Christchurch
Wellbeing
Archifynow
blog platform
ArchifyNow is an online design media that focuses on bringing quality updates of architecture and interior design in Indonesia and Asia Pacific. ArchifyNow curates worthwhile design stories that is expected to enrich the practice of design professionals while introducing applicable design tips and ideas to the public.
View Profile
More from archifynow 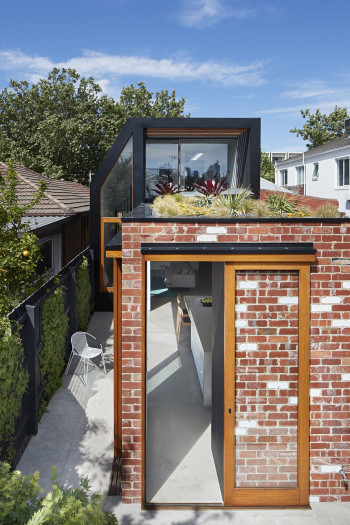 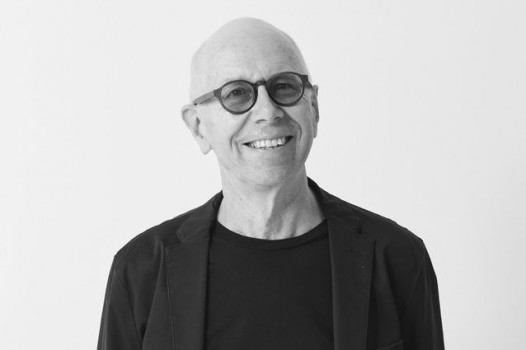 PROJECT - AUSTRALIA
1 YEAR AGO
Managing in uncertain times
Richard Harris is one of New Zealand’s most experienced architects and practice leaders. Now running his independent company, he was a co-founder and long-time director of Jasmax, a past president of the NZIA and a Distinguished Fellow of the Institute. In his career, from graduate to practice director, he has encountered – and survived – several significant economic downturns. He discussed his experience of difficult times, and the lessons he learnt, in a webinar addressed to NZIA members. This article is based on that presentation. 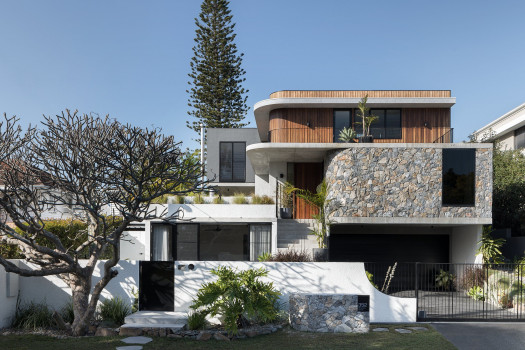 PROJECT - AUSTRALIA
10 MONTHS AGO
CORSO 4
Nestled in the suburbs of Yeronga, Queensland, this mid-century home completed in 2019 was designed by renowned building and construction firm, grayHAUS.