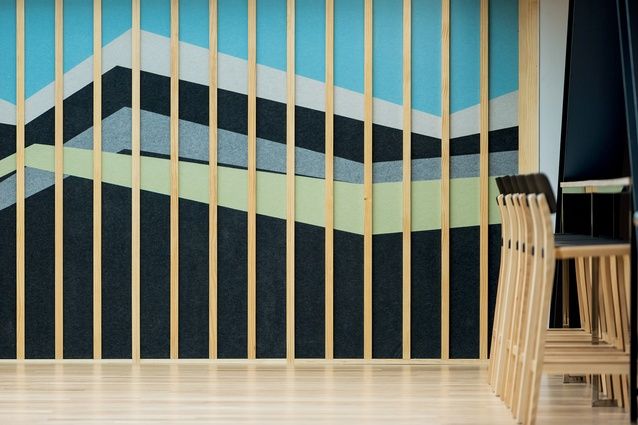 The four large buildings that constitute CIGA – which will house around 1,700 government workers – need to be understood in the context of the post-quake planning decisions.

They say that necessity is the mother of invention, and the first part (stage one of the BNZ Centre) of the Christchurch Integrated Government Accommodation (CIGA) project illustrates this proverb twofold. Statistics New Zealand is the lead agency of the first fit-out, home to the New Zealand Transport Agency, Internal Affairs, Te Puni Kōkiri, the Ministry for Pacific Peoples, the Human Rights Commission, Creative New Zealand, the Health Promotion Agency and the Energy Efficiency and Conservation Authority.

The four large buildings that constitute CIGA – which will house around 1,700 government workers – need to be understood in the context of the post-quake planning decisions. In 2012 the central government took over control of the central city from the local council. One of the dominant goals of the government’s rapidly composed 100-day plan was to build investor confidence and attract international capital to the rebuild. 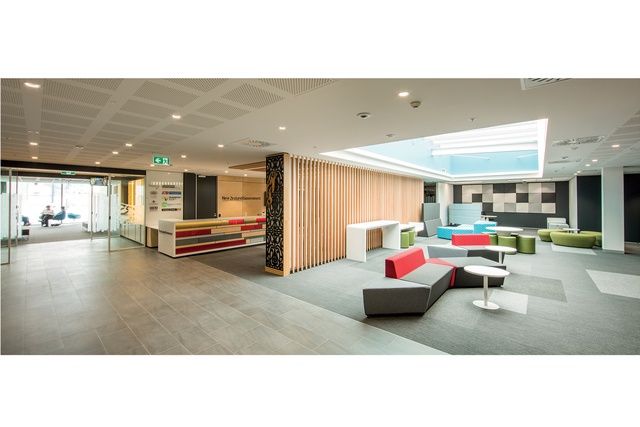 Natural light and a mix of colours make this a vibrant space. Image: Jason Mann.

There are a number of benefits to this move. Thousands of workers are introduced into the city, and this creates demand for accompanying cafés, bars and amenities. There are efficiencies in various agencies being together in one building, with associated cost and energy savings. It also enables the kinds of fruitful incidental engagements that happen when people from different organisations work together physically, as evidenced in other post-quake temporary accommodations such as the courts and hospital.

The buildings themselves share common post-quake characteristics of being squat and horizontal, with chunky steel structures and large floor plates – what some are calling ‘corporate urbanism’. There is some minor attention to energy efficiency with louvres and other sun-angle treatment. Like most other government and council buildings in Christchurch, car parking is not provided for the buildings’ users. However, lockable bike storage and showers have been included.

In communal areas, the colour scheme of the carpet tiles and acoustic panels has been inspired by the Canterbury Plains.  Image: Jason Mann.

The challenge is how to replace nine different agencies working in the same space without it becoming an arms race of branding and marketing or a suburban territorial competition for space. The skill with which the co-location has been achieved is the second notable aspect of this project.

Eight of the agencies share a single front-of-house for public interaction; rather than each agency having its own entry, the public are welcomed by a desk with the name New Zealand Government (the exception to this is the Department of Internal Affairs, which has a separate public interface with different designers).

The offices occupy two levels of the building, and provide what looks like relatively conventional commercial space. However, subtle adaptations are evident. Issues of confidentiality and privacy are addressed by providing a range of small meeting rooms and break out spaces away from the shared area.

The co-location has some future-proofing; designer Allan Collins says that “allocated desking has been arranged in a consistent manner to enable each agency to grow, shrink and flex” and envisages the possibility of other agencies joining the site. 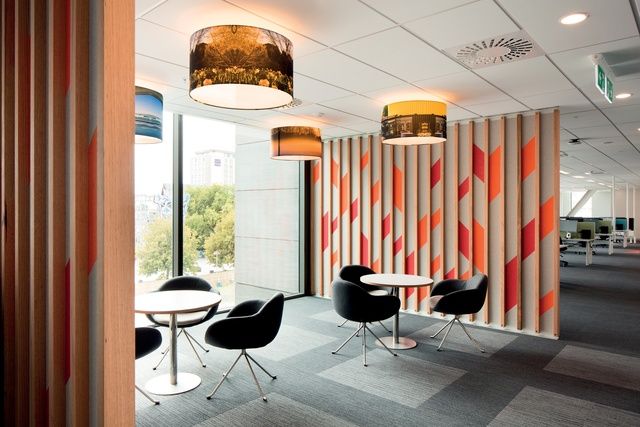 Finishes are consistently warm and welcoming with particular attention on the kitchen and eating areas shared by all the agencies, which have natural light and feature timber and soft colours used throughout. Collins says “a palette of muted colour and texture” was used, ”with design features drawing upon familiar aspects of the Canterbury Plains and Christchurch’s public green spaces”.

Somewhat miraculously the data and IT systems of all the agencies are integrated with shared servers and printers, thus reducing a great deal of duplication of expensive hardware and even more expensive space. While each staff member has a workstation, wireless technology enables movement of staff to different spaces without disrupting their work.

The 6,000m2 fit-out provides office space for 400 staff across three storeys. The paradox of this design is that the relatively safe and comfortable treatment of the interior is the result of progressive thinking within government and a skilled and subtle response from the designers.

BNZ Centre
Christchurch Integrated Government Accommodation
CIGA
Barnaby Bennett
Contributor
Barnaby Bennett is a designer, researcher and publisher. His current research is a practice-based PhD through UTS in Sydney that is examining the emergence of temporary and transitional placemaking in post-quake Christchurch. He is the founder of projectfreerange.com
View Profile
More from archifynow 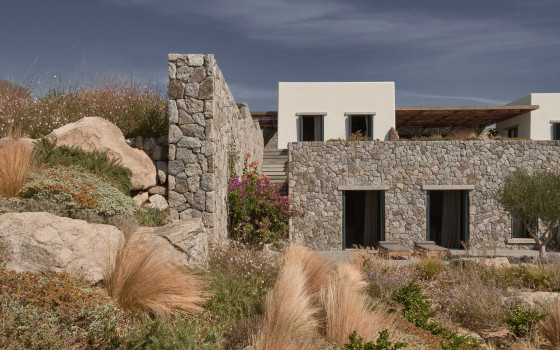 PROJECT - AUSTRALIA
2 MONTHS AGO
Villa Mandra
Sitting on the ridge of the hill of Aleomandra in Mykonos yet almost entirely hidden from view, Villa Mandra looks straight out to sea and the sunset over the neighbouring island of Delos. A 6-bedroom holiday house built for a young, dynamic couple to enjoy with their family and friends, it celebrates its spectacular view from a grounded viewpoint blended into a sensitively landscaped, stone-walled garden that screens it from the road behind. 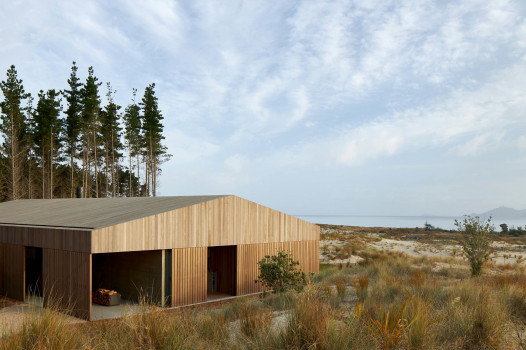 PROJECT - NEW ZEALAND
5 MONTHS AGO
Te Arai Beach House
Sited amongst the dunes and pine forests along the east coast of New Zealand’s North Island, is a pair of gabled timber sheds. The design references the timber working sheds found in rural New Zealand.The buildings are sited to create an occupation against the dune edge that feels relaxed and timeless. Between them is set an outdoor fire and area for seating. 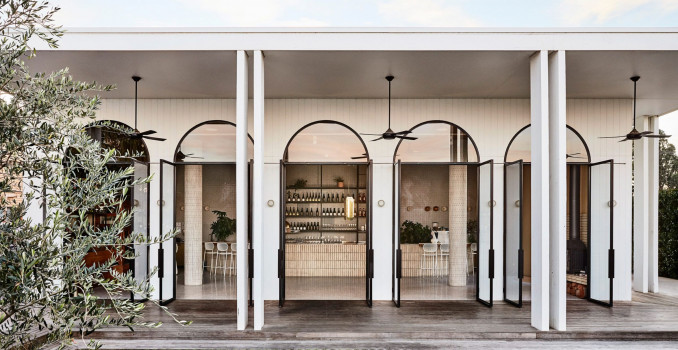