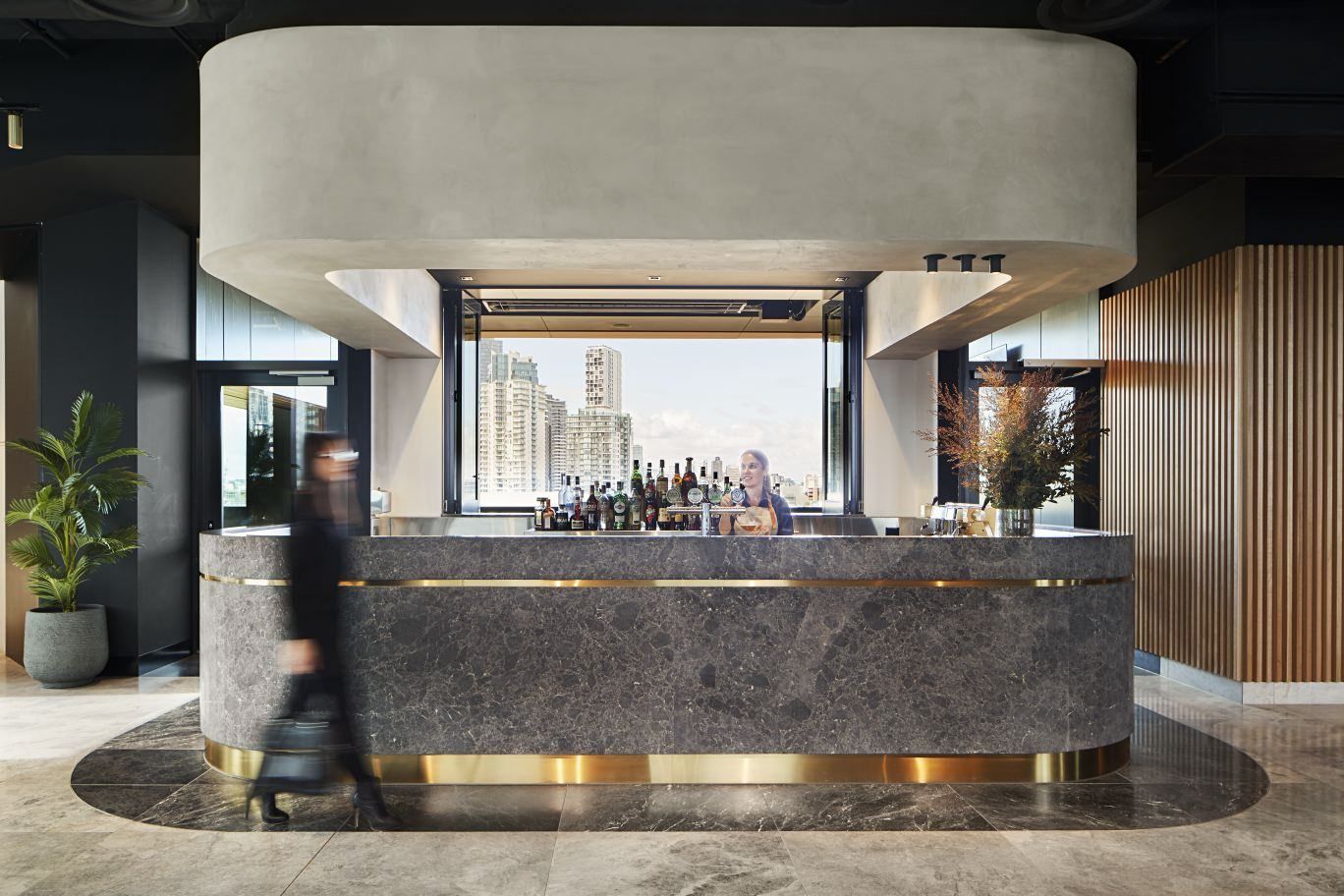 The hotel tower accommodates 347 hotel rooms and suites across 20 hotel floors, health and fitness gym, café and lounge area and a public restaurant and bar with outdoor terrace looking into the city.

The notion of duality evident in the architecture of the building carries through into all of the hotel’s interior spaces. There is a carefully limited palette of materials, consisting of visually hard and reflective surfaces juxtaposed with softer natural materials.

FK collaborated with NHWB on the common areas, and our scope included concept, design and finishes selection for the restaurant, lounge, cafe and feature staircase. Upon entering, patrons are elevated up to a naturally illuminated skylobby reception which acts as a focal point into the hotel restaurant and bar, gym and café.

In the restaurant and bar, an exposed ceiling with feature track lighting gives the overall dining space an industrial flair, which is juxtaposed by the soft sculptural curves of the bespoke bar and greeting station. Two tones of natural stone are utilised throughout the floor to create distinct zones and intimacy in the open plan space.

We also produced the concept design, finishes selection and joinery design for the hotel guest rooms. They have a natural and timeless base palette, and the bespoke joinery throughout all of the rooms has been carefully considered and planned to create a home for everything.

The rooms have generous built in luggage racks, study spaces with task lighting and mini bars with additional storage. All the components are detailed to aesthetically sit seamlessly together, with a soft palette of natural timber contrasted with stronger architectural black metal accents. Each bathroom features a custom formed basin with the same architectural metal accents carrying through into the vanity and illuminated mirror design. 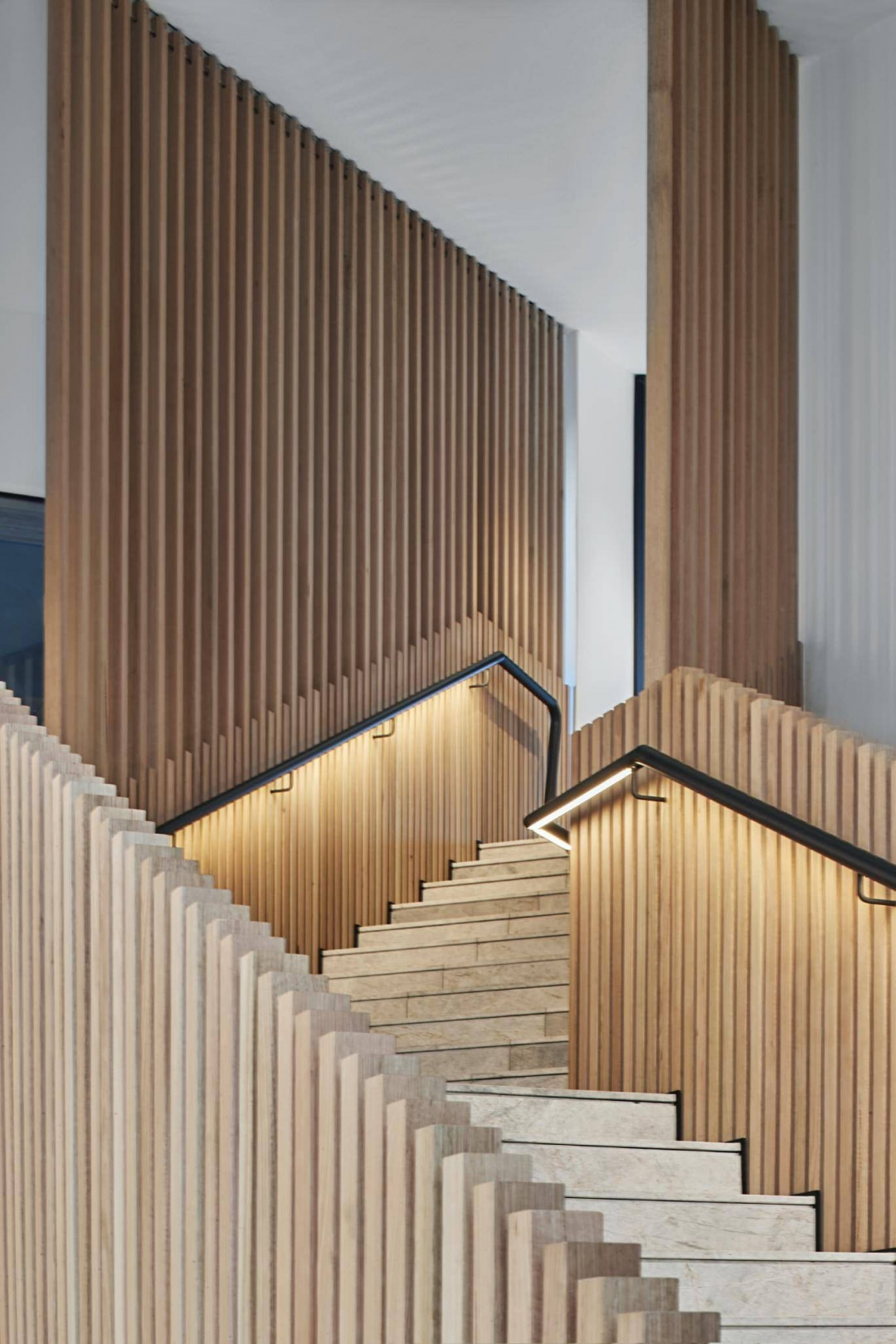 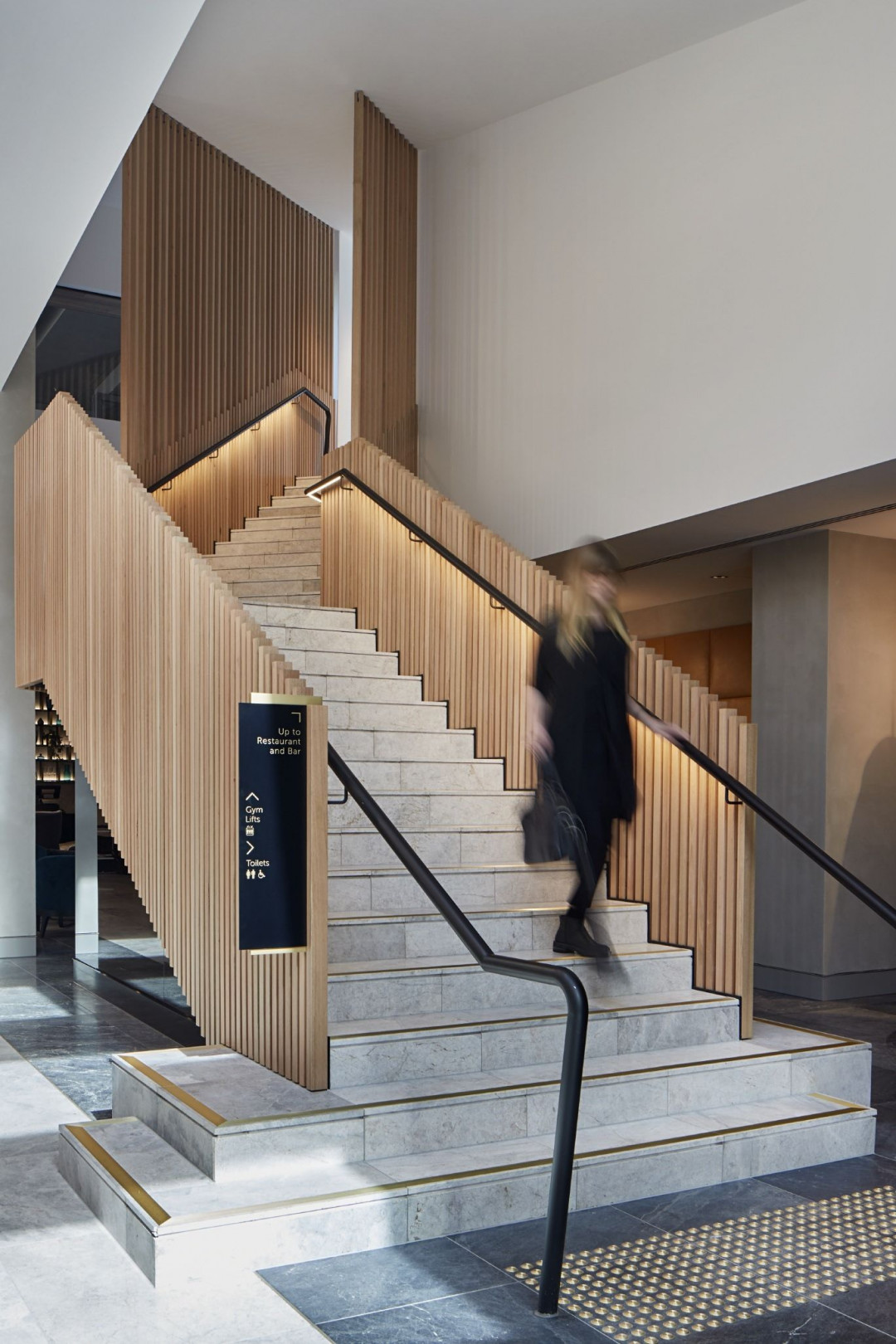 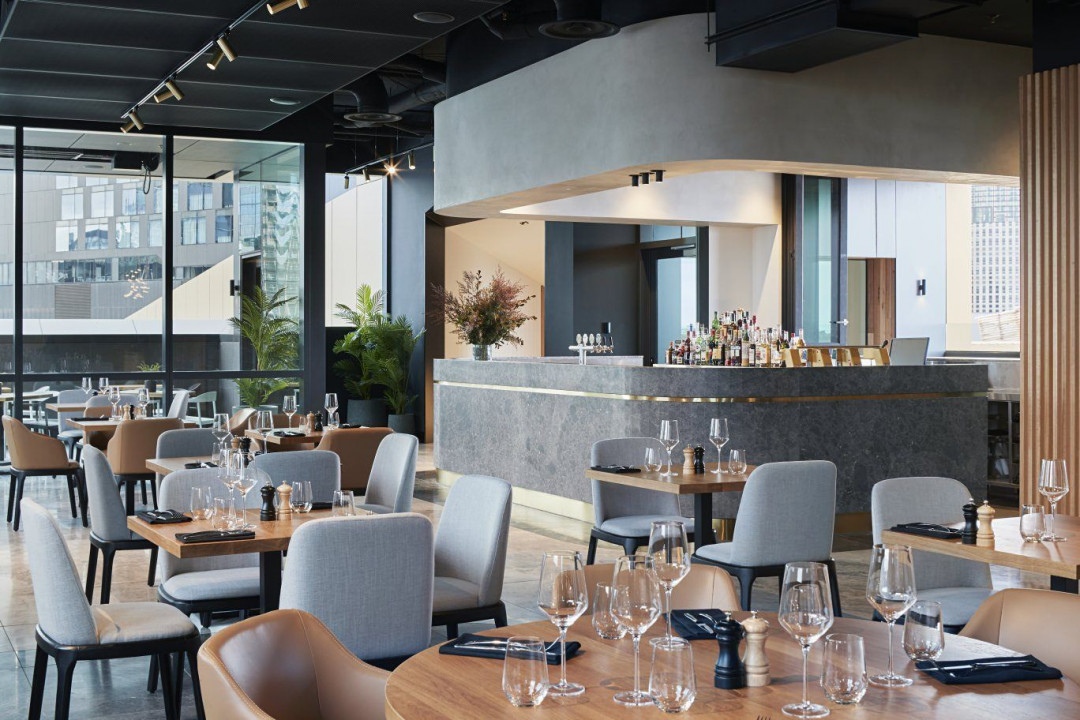 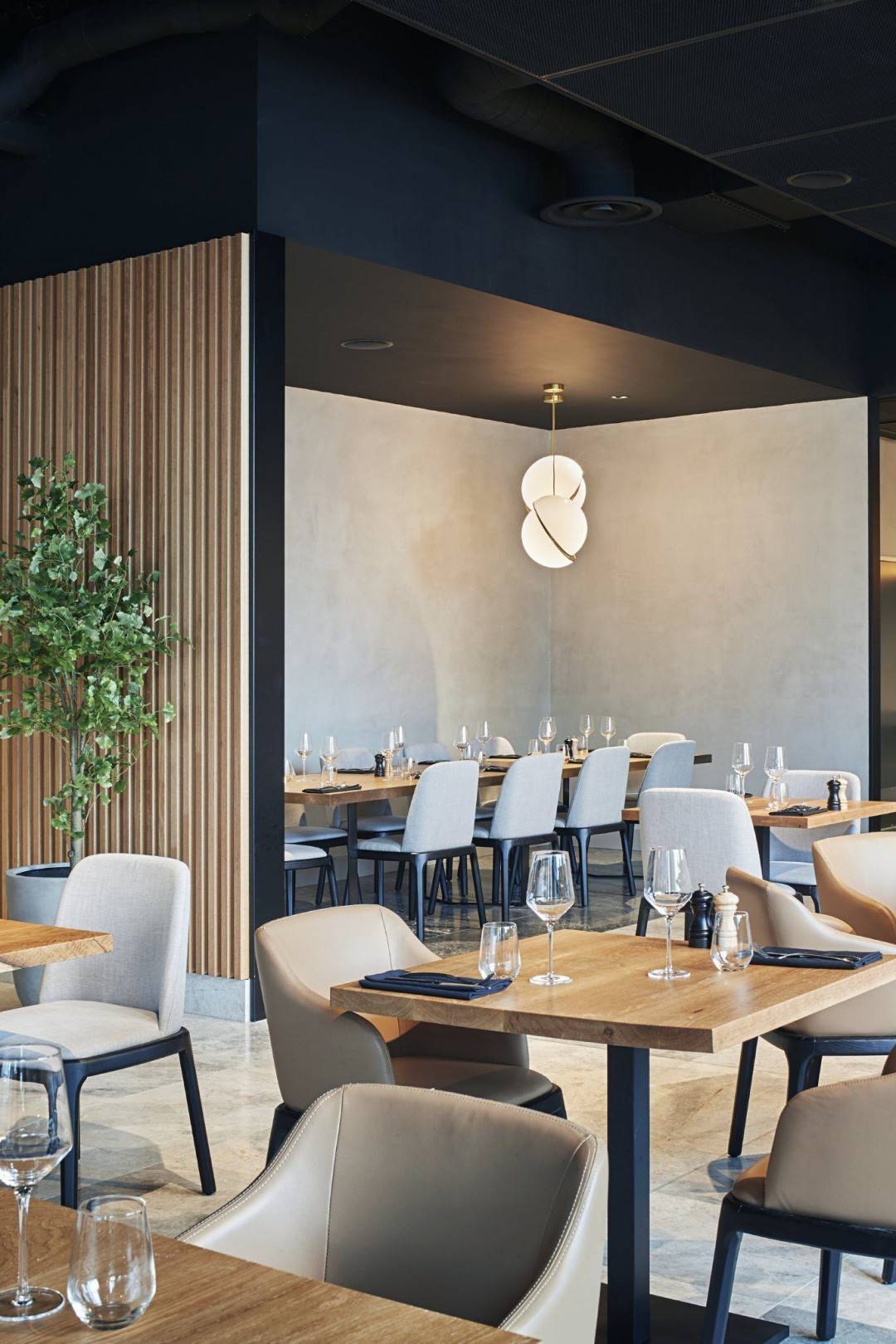 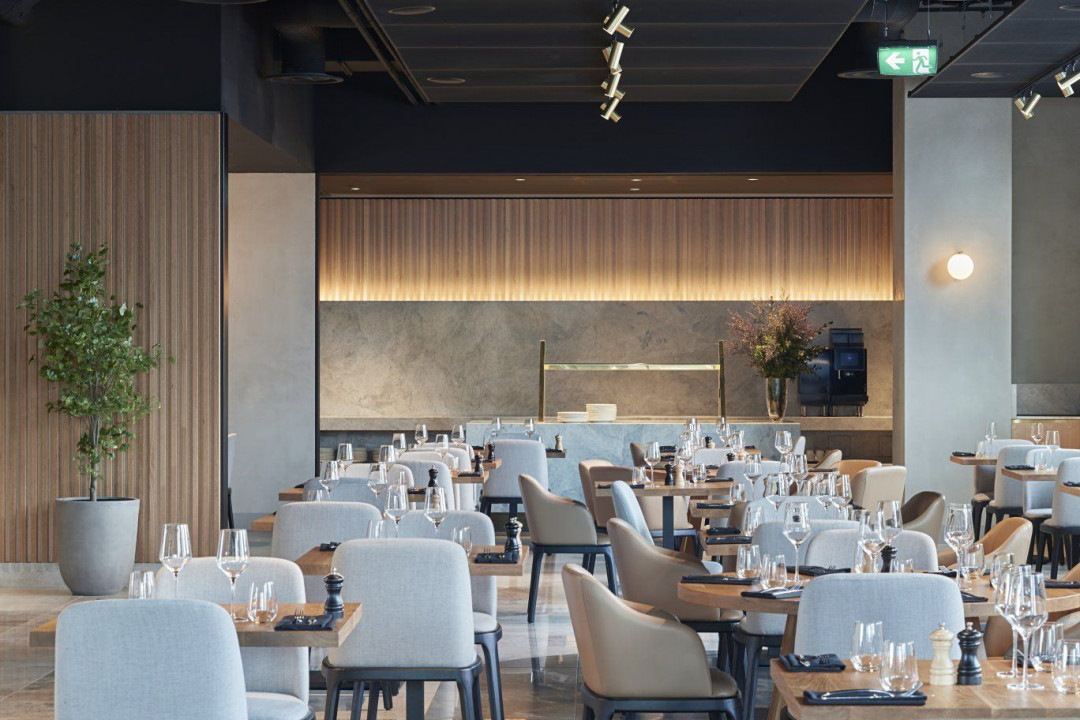 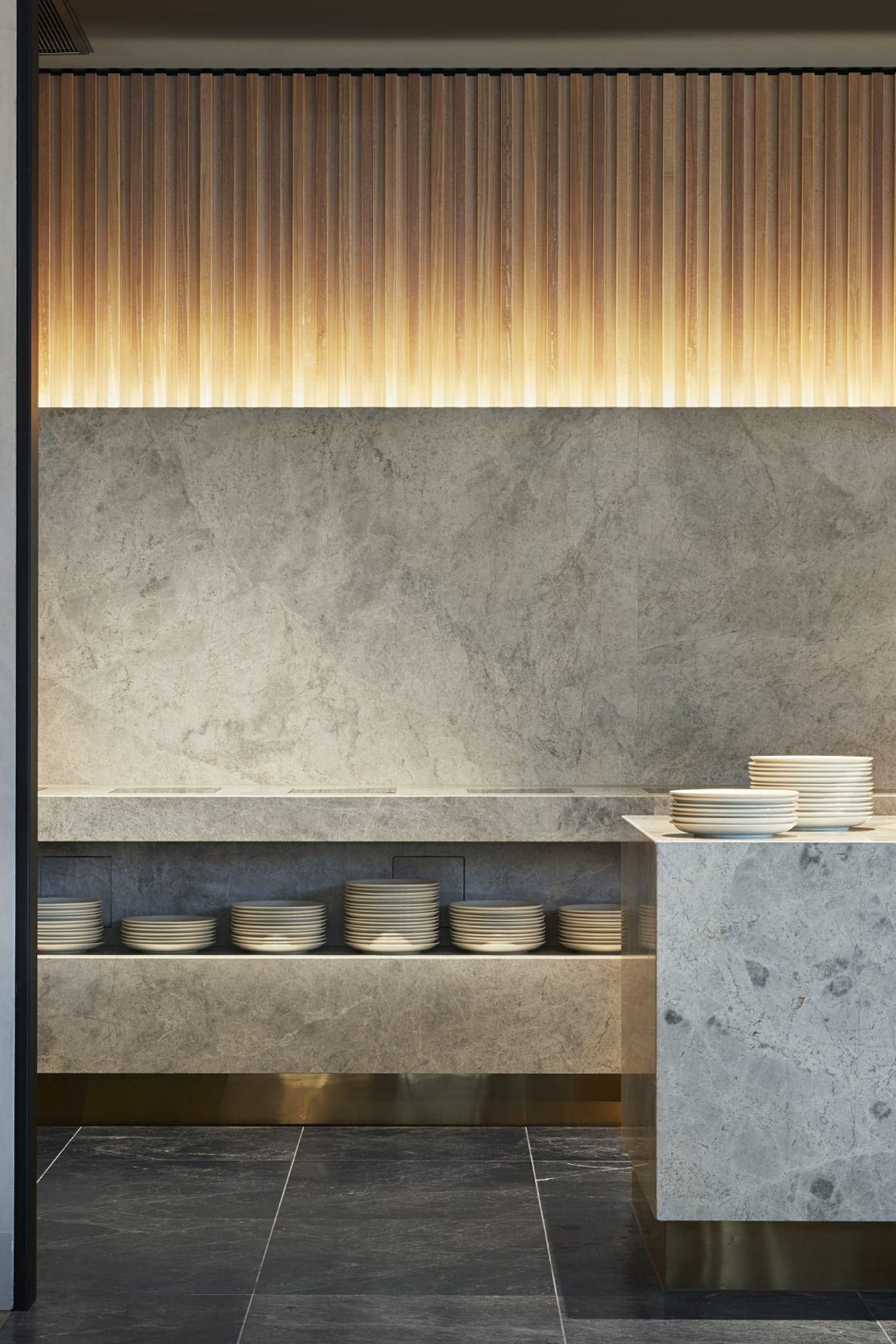 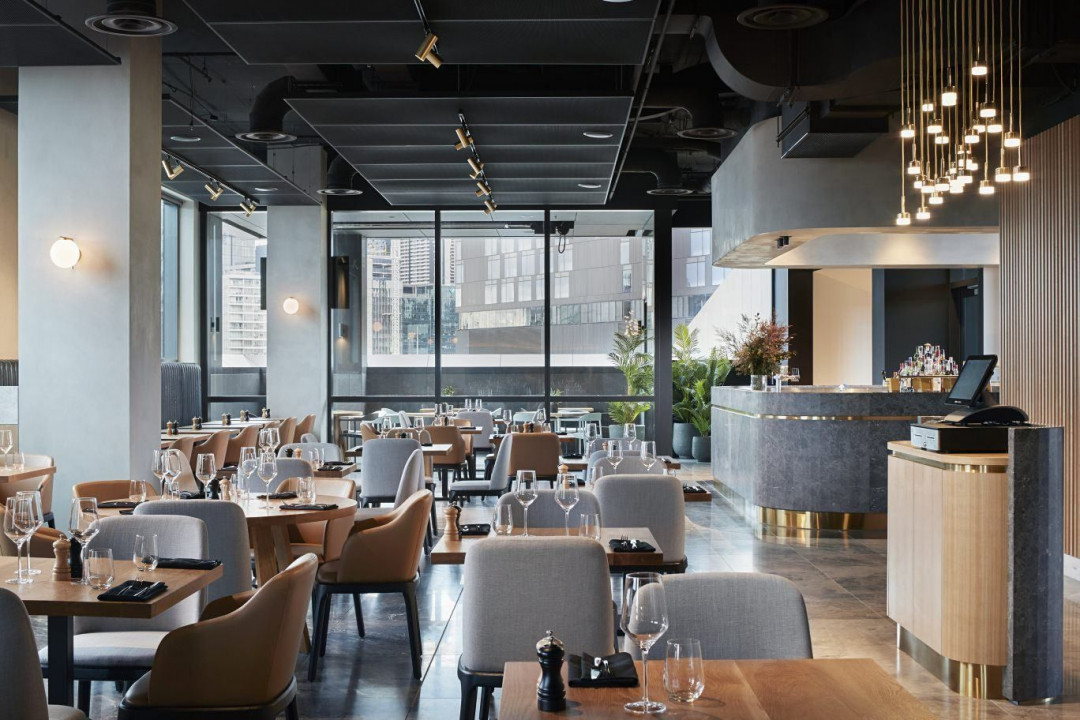 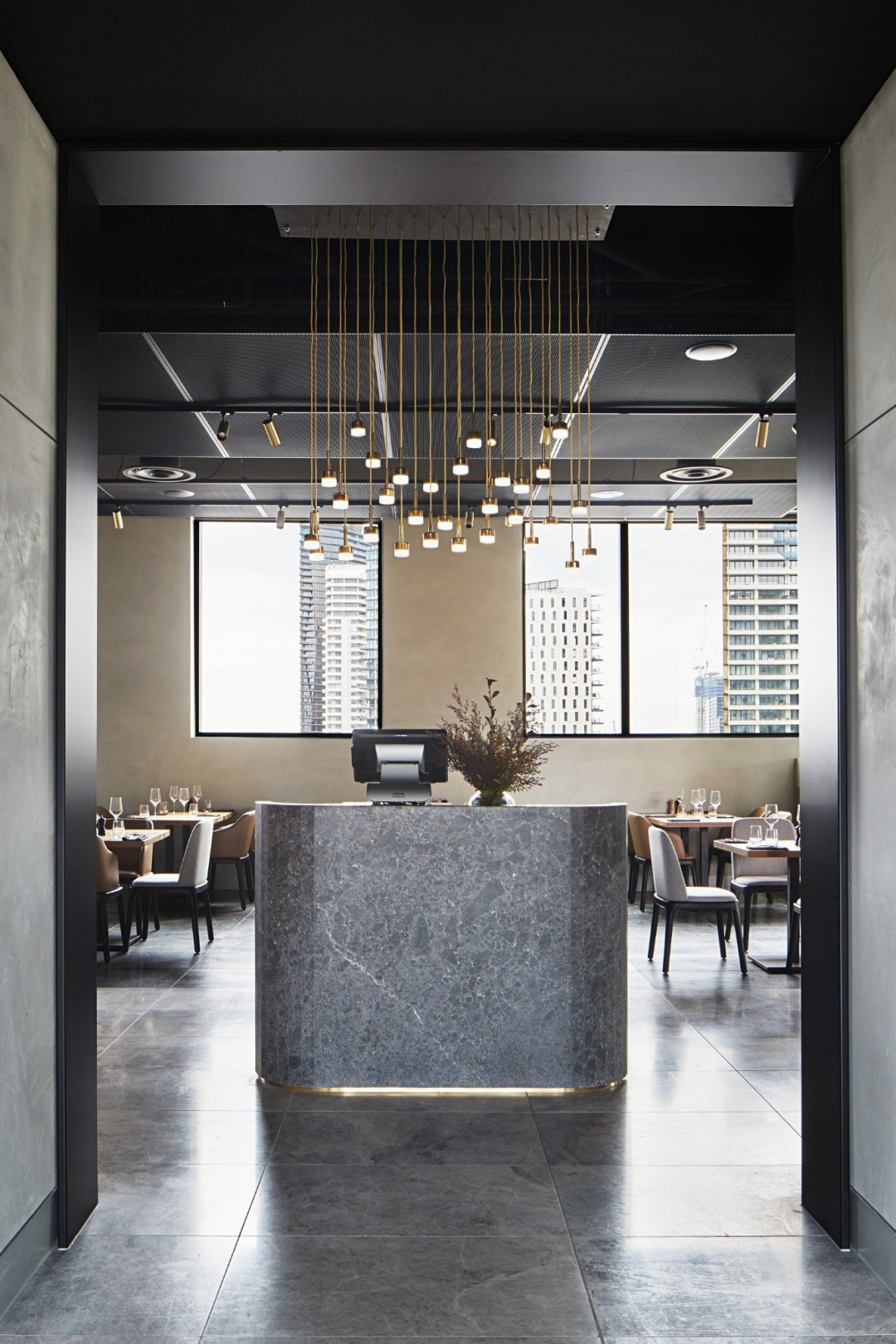 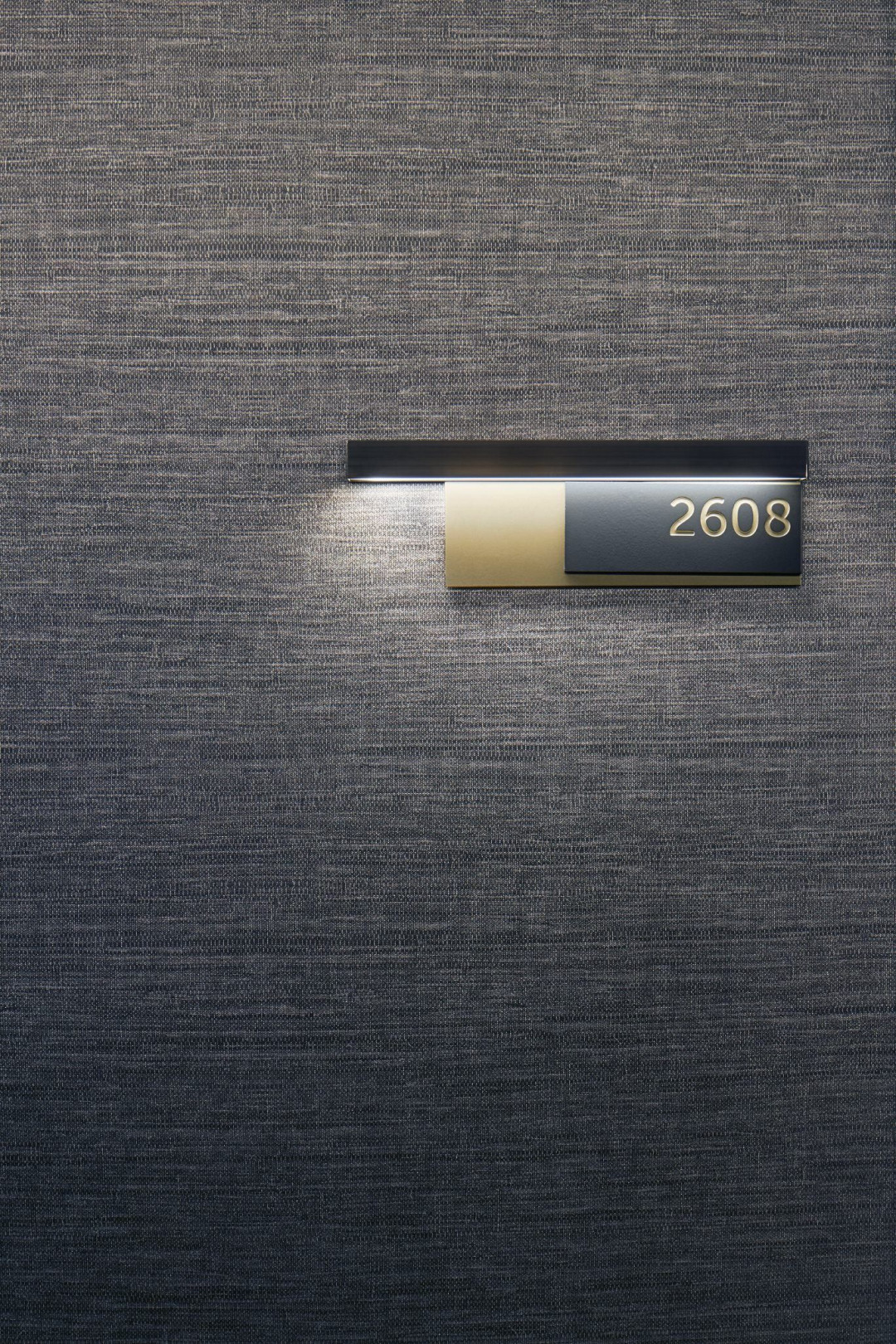 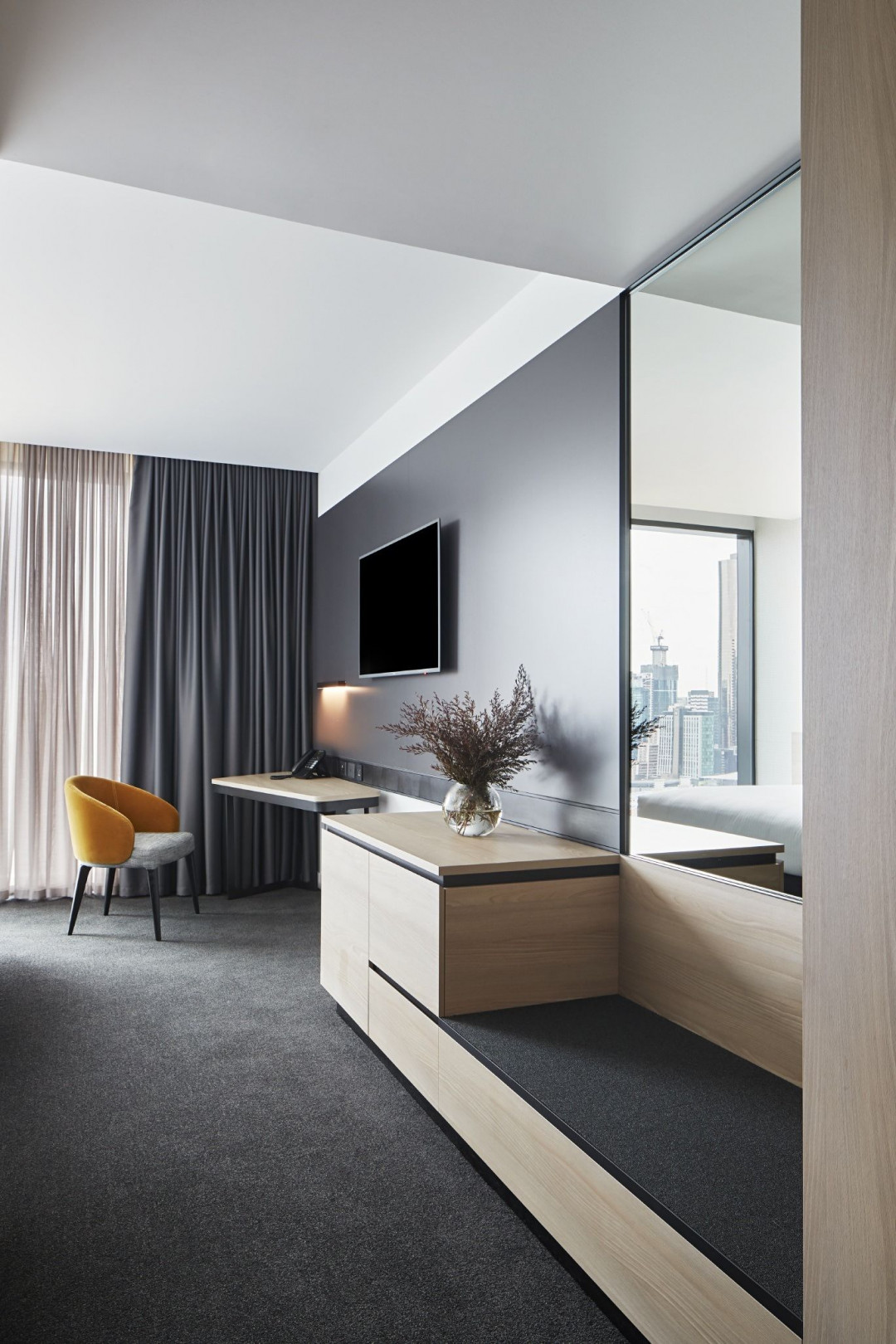 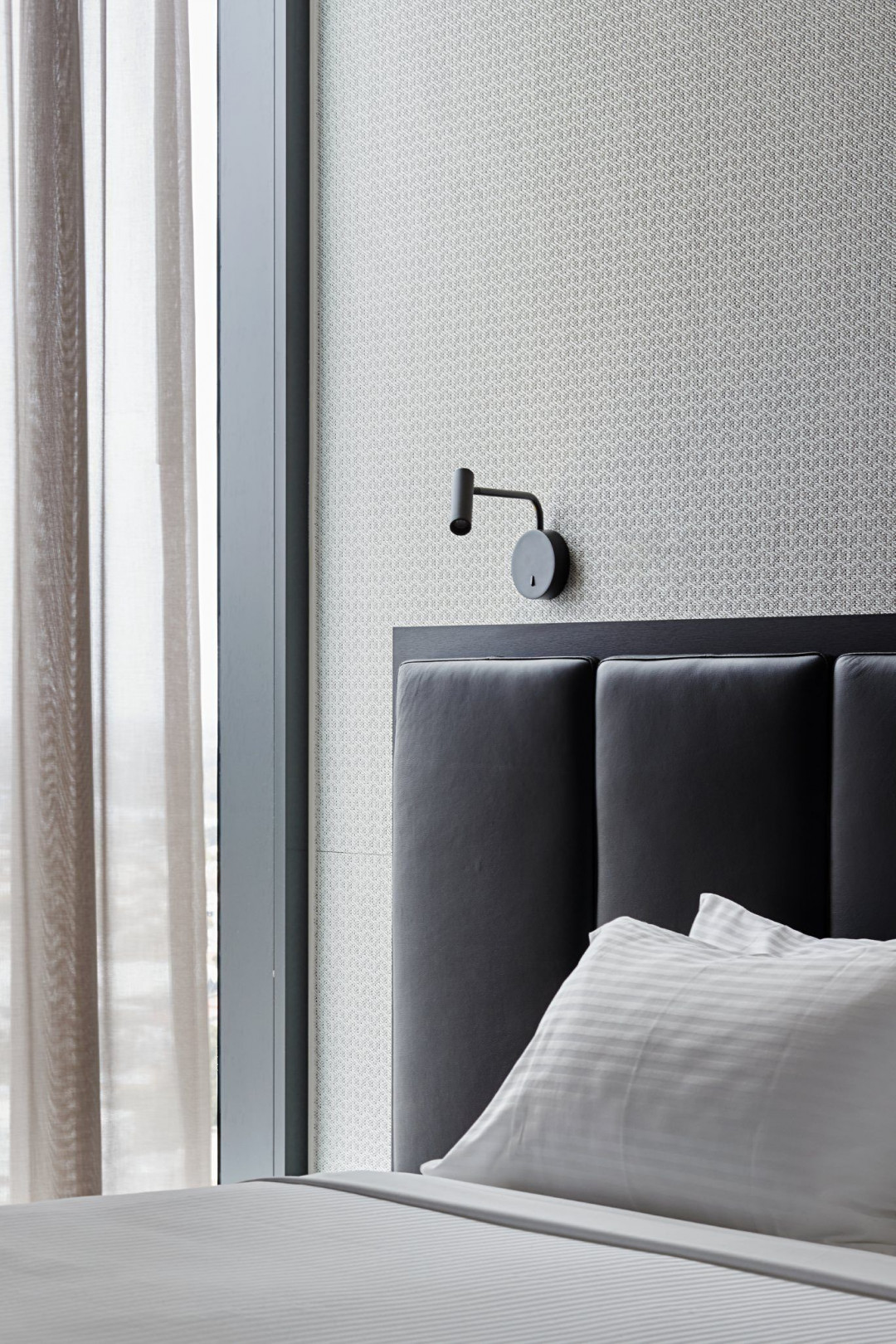 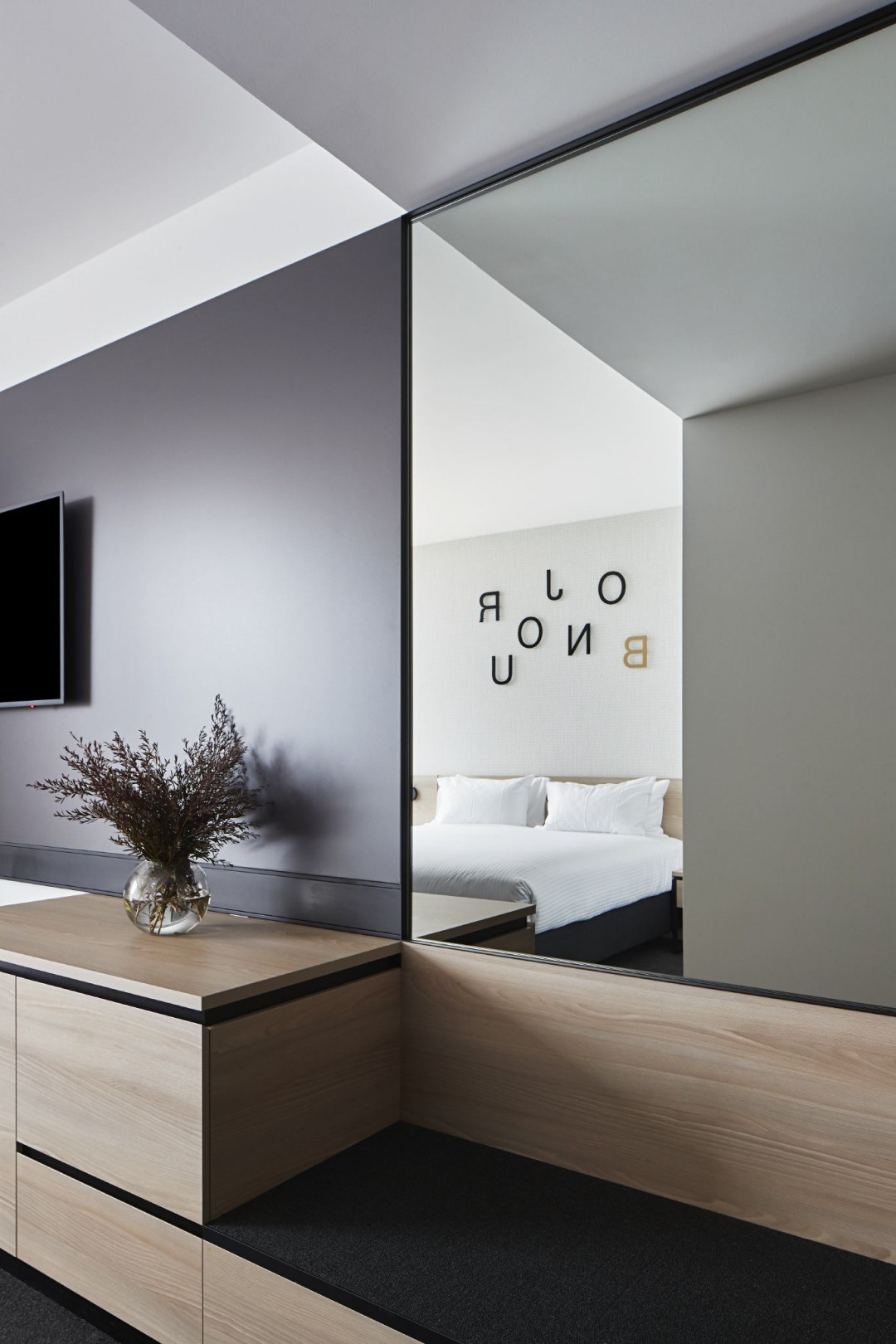 This article originally appeared on fkaustralia.com 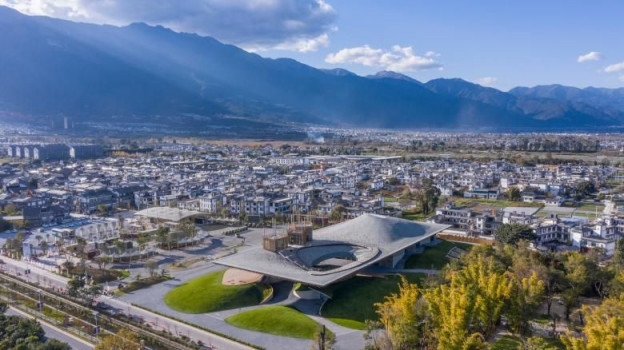 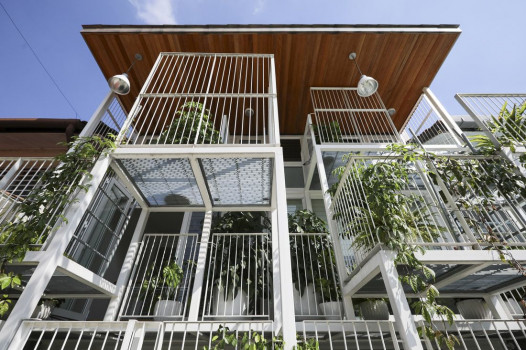 PROJECT - MALAYSIA
2 MONTHS AGO
Twin House
This project aims to explore in a new housing typology to accommodate the young working class adults who can’t afford to own a house due to soaring property price in Kuala Lumpur. 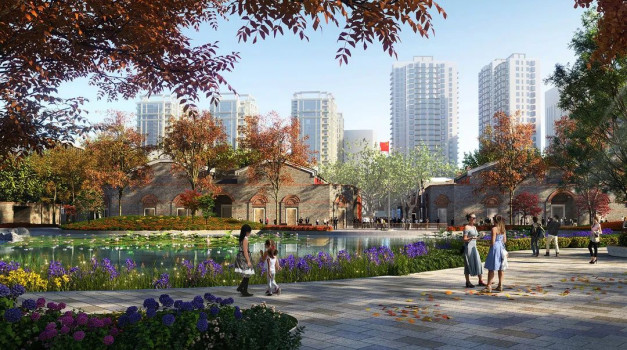 PROJECT - HONGKONG
4 MONTHS AGO
A Park Revolutionised
Completed in time to mark China’s 100 year celebration of the founding of the Communist Party of China, Taipingqiao Park’s new look has evolved over the years through layers of administrative, social, economic and environmental momentum that has successfully shaped one of Shanghai’s foremost inner city urban parks into what is seen and experienced today.