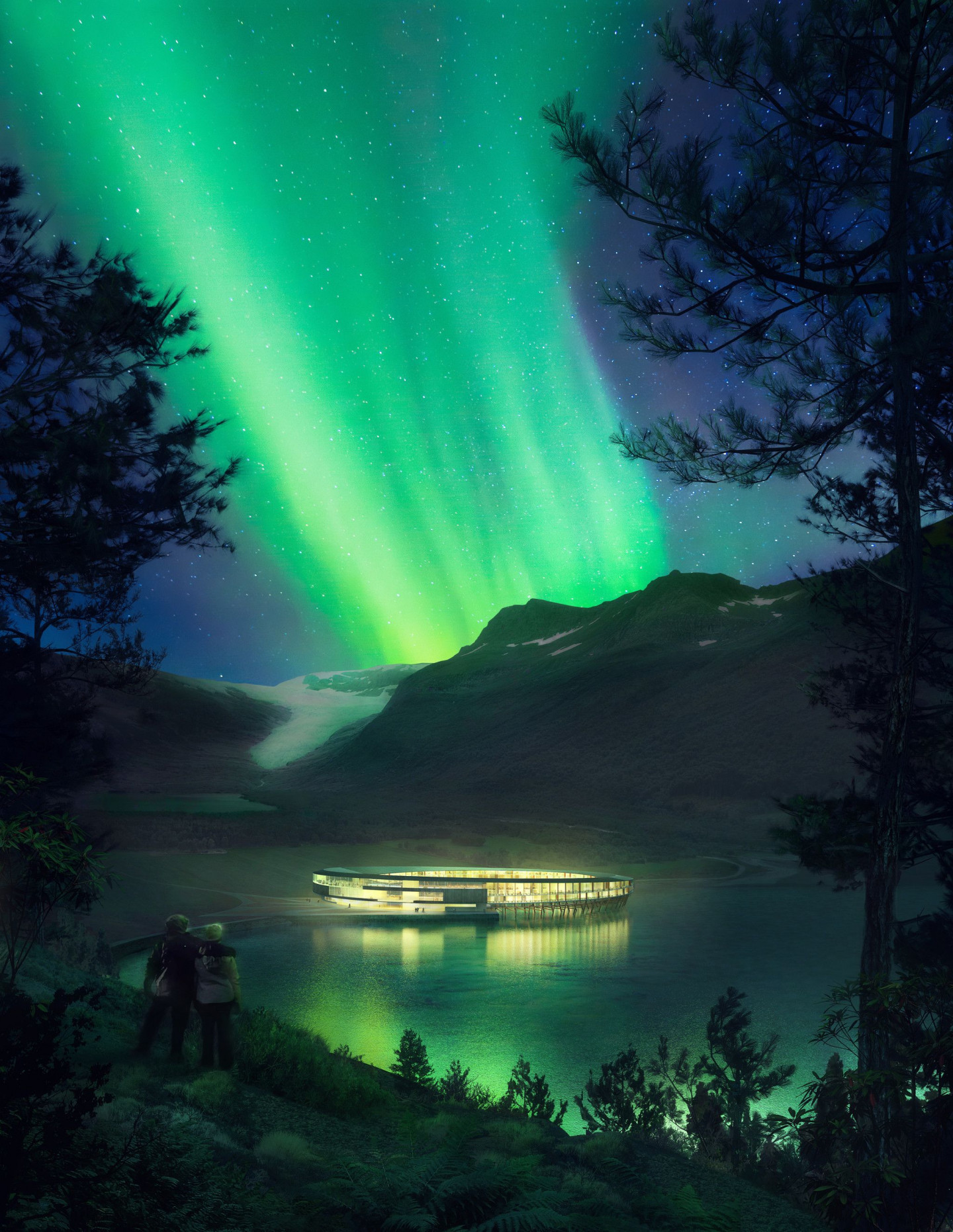 “Svart” is the first building to be built after the energy positive Powerhouse standard in a Northern climate. Not only does this new hotel reduces its yearly energy consumption by approximately 85% compared to a modern hotel, but it also produces its own energy - an absolute “must” in this precious arctic environment. The hotel will also become the world’s northernmost Powerhouse building. 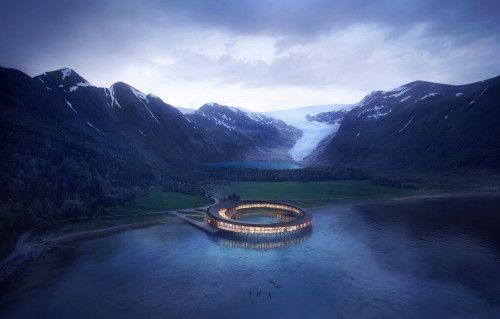 Building in such a precious environment comes with some clear obligations in terms of preserving the natural beauty and the fauna and flora of the site. It was important for us to design a sustainable building that will leave a minimal environmental footprint on this beautiful Northern nature. Building an energy positive and low-impact hotel is an essential factor to create a sustainable tourist destination respecting the unique features of the plot; the rare plant species, the clean waters and the blue ice of the Svartisen glacier, says Founding Partner at Snøhetta, Kjetil Trædal Thorsen. 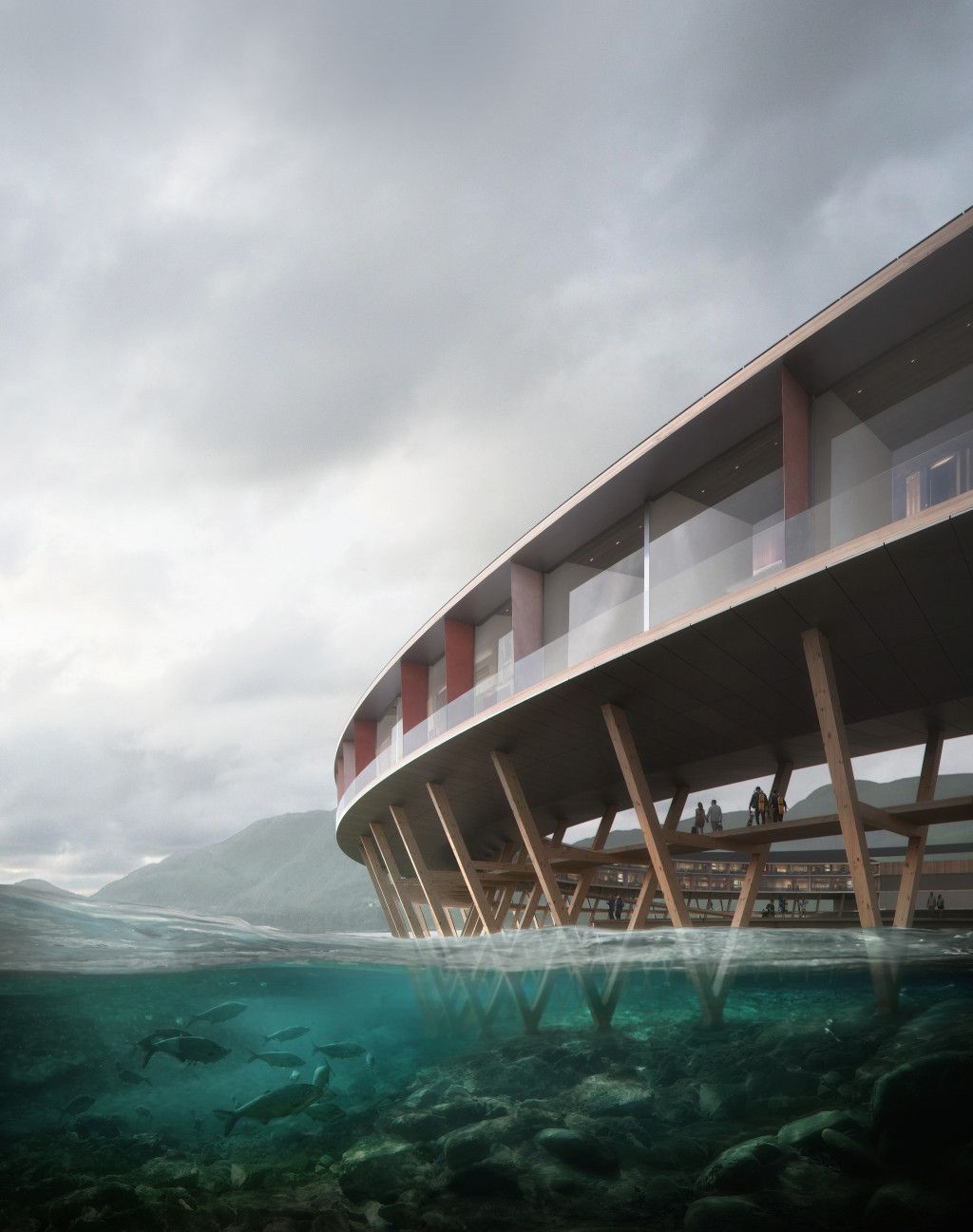 Arctic Adventure of Norway (subsidiary of Miris Eiendom) is the company behind Svart. The company’s ambition is to become a pioneer of sustainable tourism in Northern Norway.

The circular body of “Svart” extends from the shoreline by the foot of the Almlifjellet mountain and into the clear waters of the Holandsfjorden fjord. The circular shape provides a panoramic view of the fjord and an experience of living in proximity with nature.

The construction is inspired local vernacular architecture in the form of the “fiskehjell” (A-shaped wooden structure for drying fish) and the “rorbue” (a traditional type of seasonal house used by fishermen). The rorbue reference translates into the hotel’s supporting structure which is built from weather resistant wooden poles stretching several meters below the surface of the fjord. The poles ensure that the building physically places a minimal footprint in the pristine nature, and gives the building an almost transparent appearance. The precious nature surrounding the hotel can only be accessed by boat, and there are plans to introduce an energy neutral boat shuttle from the city of Bodø to the hotel. 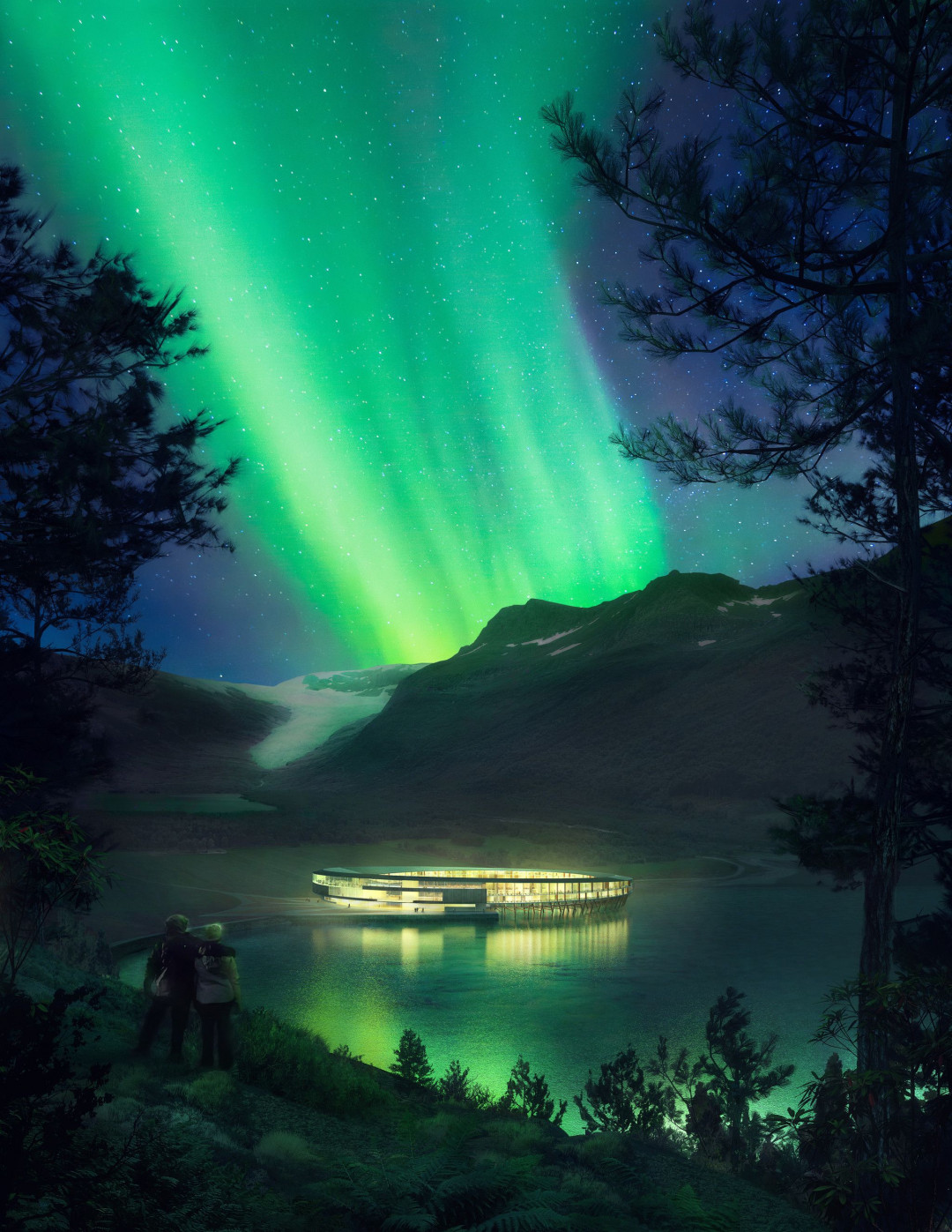 The name “Svart”, meaning "black" in Norwegian, is a direct tribute to the deep blue ice of Svartisen and the Svartisen name. As the word for "black" and "blue" are the same in old Norse, the name is a reference to the natural heritage of Svartisen, its precious glacier and its natural surroundings. 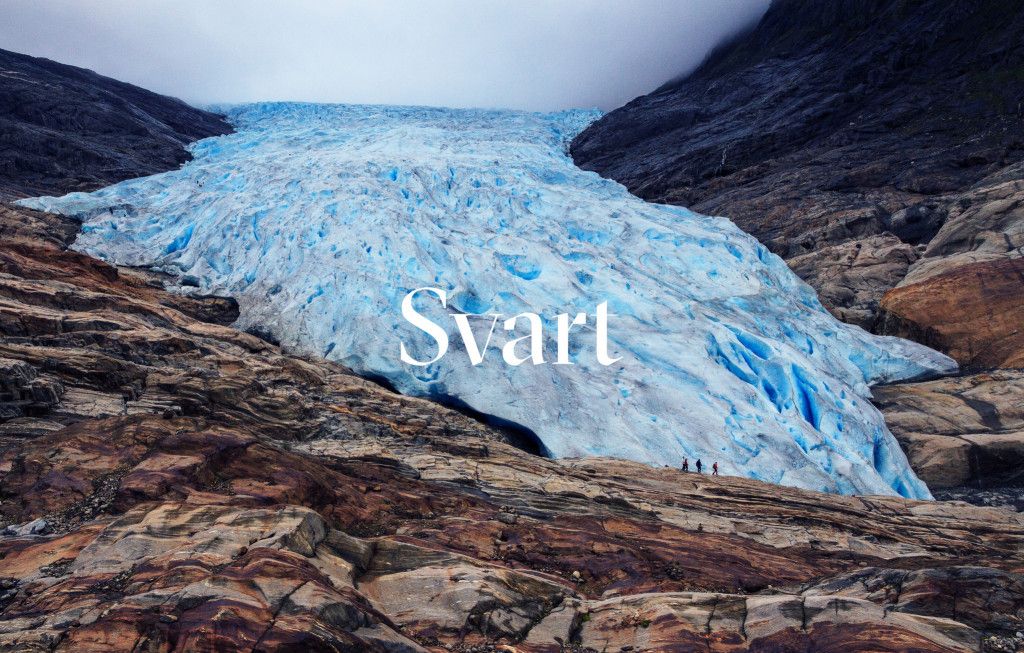 The website delves into the architecture, the arctic location and the varied nature experiences of Svartisen.

Parallel with the process of developing the architecture, the team at Snøhetta has also worked on a unique identity for Svart. This work comprises defining the iconic hotel name, an overal visual identity and as an important step in launching the project – designing a unique website presenting the hotel.

Svart’s identity is inspired by both the unique arctic nature and climate and the hotel’s circular form with 360-degree views. 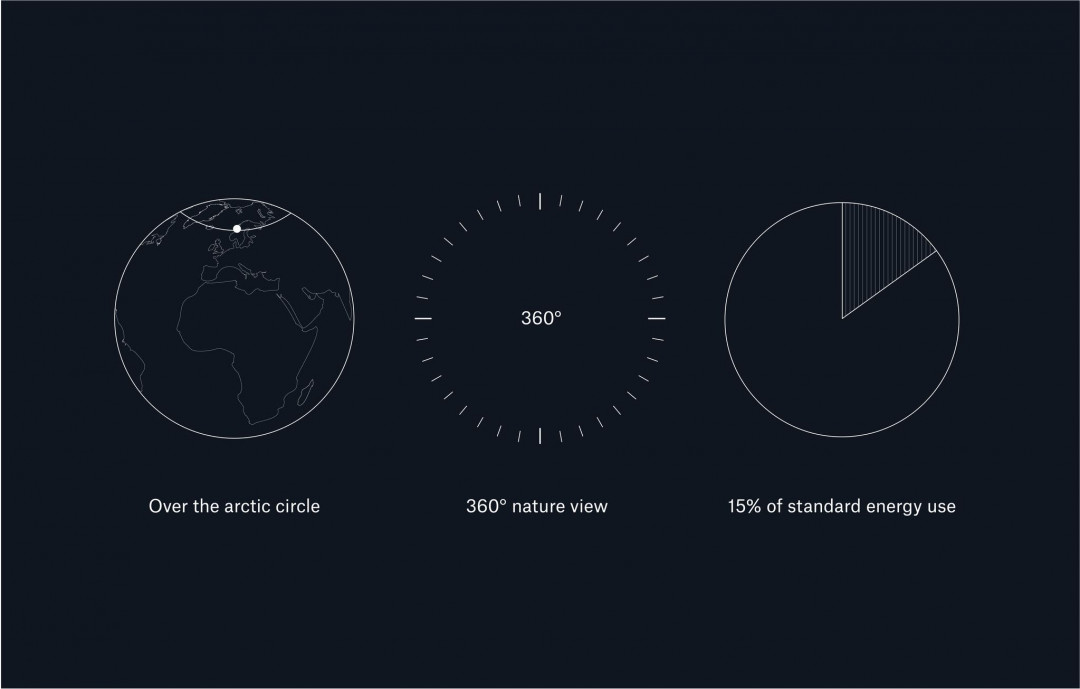 The visual elements all highlight the uniqueness of Svartisen, thought choice of typography and image style, and by playing with a large spectrum of blue colors that echo the blue glacier ice.

To reach the Powerhouse standard, several cutting-edge design choices have been made. For example, the architects have conducted an extensive mapping of how solar radiation behaves in relation to mountainous context throughout the year to optimize the harvest of energy. The result of the study has been an importance premise for the circular design of the hotel, and both hotel rooms, restaurants and terraces are strategically placed to exploit the Sun’s energy throughout the day and seasons. The hotel’s roof is clad with Norwegian solar panels produced with clean hydro energy reducing the carbon footprint even further. Due to the long summer nights of this area, the annual production of solar energy will be significant.

Secluded terraces provide a shadow play in the façade of the hotel while also ensuring privacy. The facades protect against insolation from the sun in the summer when the sun is high in the sky, removing the need for artificial cooling. During the winter months, when the sun is low in the sky, the large windows of the façade allows for a maximum of insolation to exploit the Sun’s natural thermal energy. Materials with low embodied energy have been used to reach the Powerhouse standard. 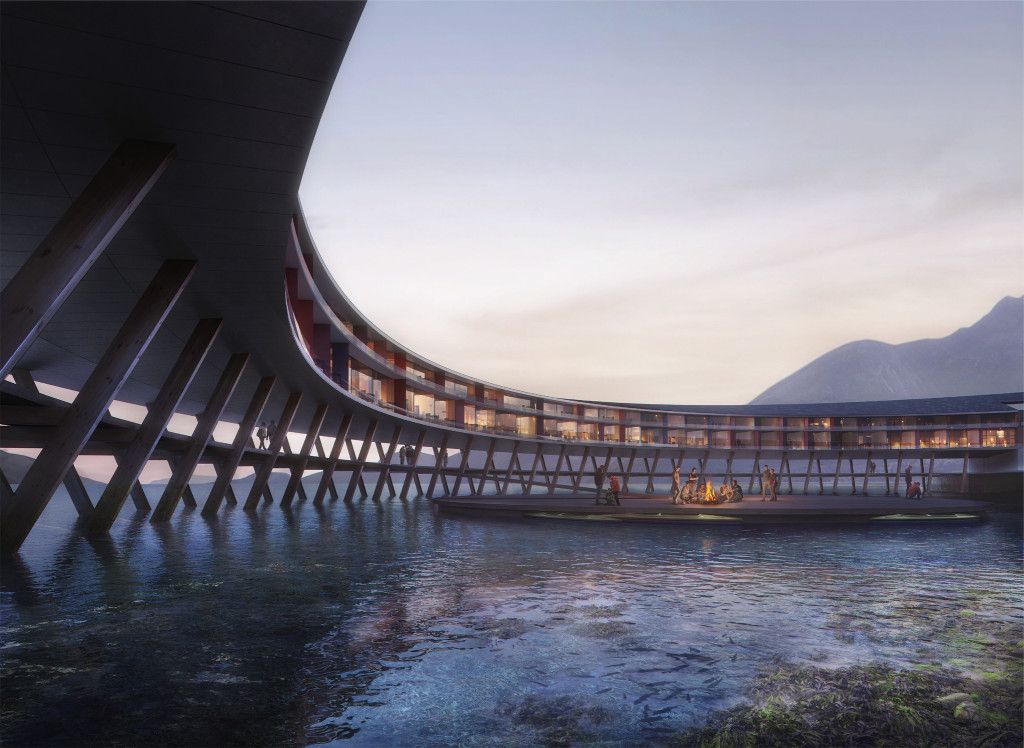 The poles of the hotel double as a wooden boardwalk for visitors to stroll in the summer. In the winter, the boardwalk can be used to store boats and kayaks, reducing the need for garages and additional storage space. The height of structure also allows for paddlers to paddle under the hotel corpus. 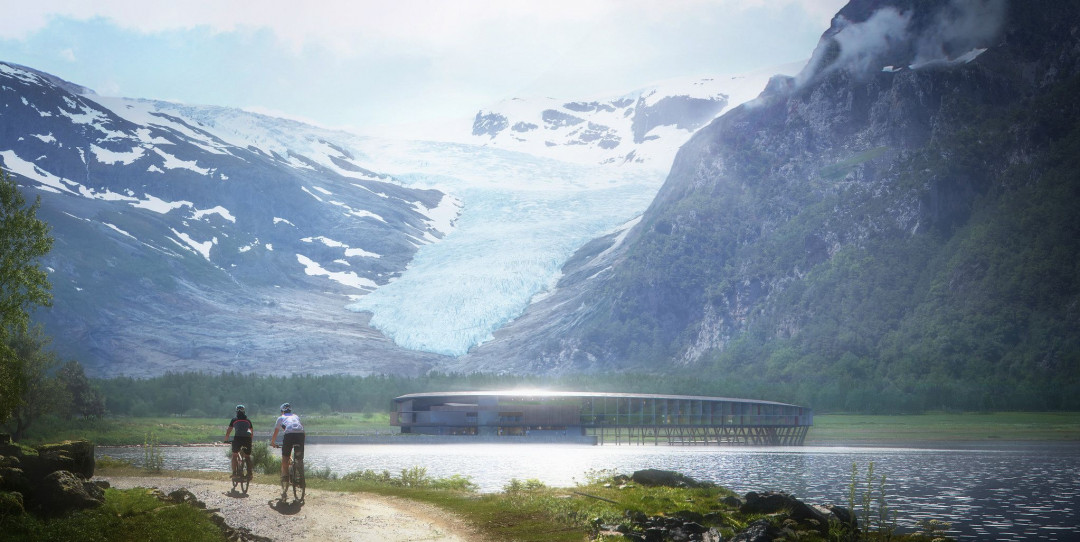 Powerhouse is a collaboration between Snøhetta, Entra, Skanska, the ZERO Emission Resource Organization and Asplan Viak. The term “Powerhouse” is used to describe so-called “plus house” buildings built by the Powerhouse collaboration. “Plus houses” are energy producing buildings that, in the course of a 60 year period, will generate more renewable energy than the total amount of energy that would be required to sustain daily operations and to build, produce materials and demolish the building.

This article originally appeared in snohetta.com

Norway
Hotel
Sustainability
Archifynow
blog platform
ArchifyNow is an online design media that focuses on bringing quality updates of architecture and interior design in Indonesia and Asia Pacific. ArchifyNow curates worthwhile design stories that is expected to enrich the practice of design professionals while introducing applicable design tips and ideas to the public.
View Profile
More from archifynow 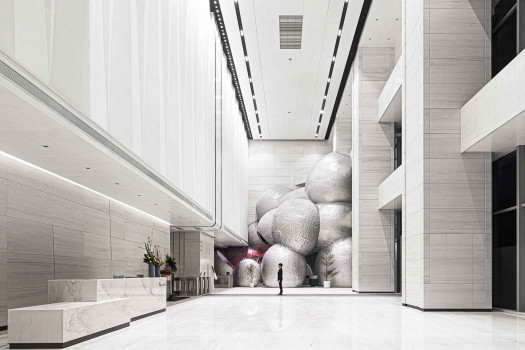 PROJECT - HONGKONG
1 YEAR AGO
Sonmei Hotel
Sonmei hotel is located in the southeast corner of a commercial building. The reception hall on the first floor shares a space with the office building in the west. It is the intersection of daily customer flow and staff. 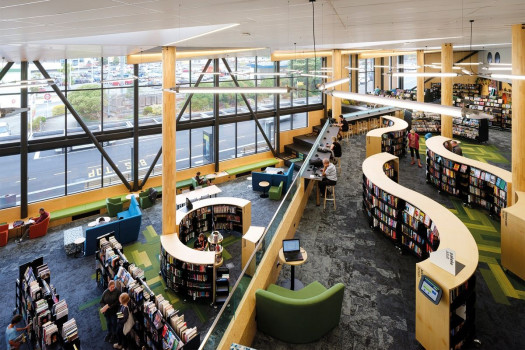 PROJECT - AUSTRALIA
1 YEAR AGO
Going beyond the brief
Mark Southcombe explores Athfield Architects’ Waitohi Johnsonville Library and Community Hub and finds a building that prioritises placemaking and connections to the urban context. 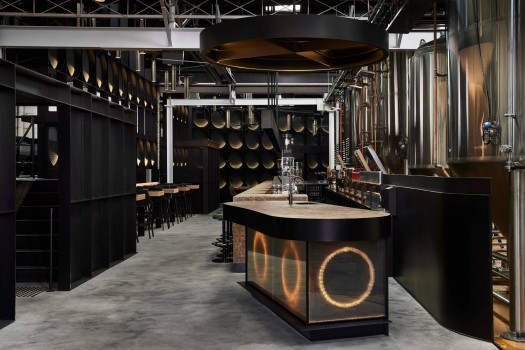