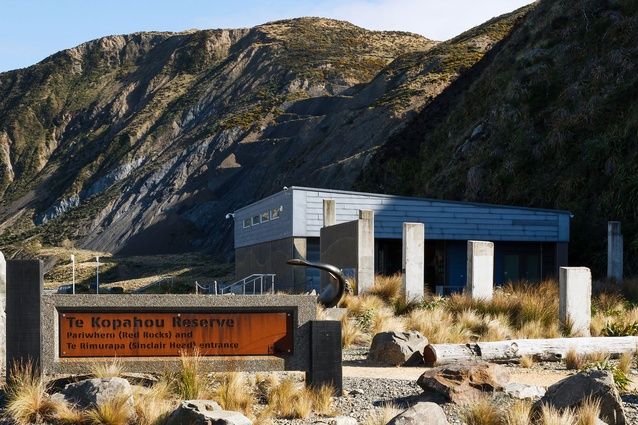 A couple of bikers pedal by heading for the coastal road that goes to Red Rocks and beyond; a seal colony is a draw card for locals and tourists in the winter months. Coastal recreation around the capital city is growing in popularity.

The entrance to Te Kopahou Reserve on Wellington’s south coast was once home to an industrial quarry building, and full of potholes. Now landscaped, with shelter for visitors, the entrance to the reserve offers a more sympathetic portal to the coastal wilderness. Furrowed cliffs plunge to a rocky shore that is frequently thrashed by southerly winds and seas. Today, however, is one of those still, blue sparklers that Wellington turns on now and then.

A couple of bikers pedal by heading for the coastal road that goes to Red Rocks and beyond; a seal colony is a draw card for locals and tourists in the winter months. Coastal recreation around the capital city is growing in popularity. Throughout the week, and particularly on weekends, people walk, ride trail bikes and tackle the road’s rugged surface in four-wheel drives.

In 2000, Wellington City Council (WCC) bought the Owhiro Bay Quarry to prevent further industrial use of the land. They also undertook to restore the open space values of the area and to improve public access to, and around, the coast. The South Coast Management Plan aimed “to protect and enhance the coastal character of the South Coast environment while accommodating the needs of visitors.” Work on the project began late in 2007, and was completed by mid-2008. The final cost for design and construction was just under $1.4 million.

The landscape, designed by WCC landscape architect Charles Gordon, introduced a sealed road and turnaround, parking bays for cars and bicycles, seating, and a network of pedestrian pathways on the coastal and inland sides of the site.

The landscaping is intentionally simple and cost-effective. It was designed to intrude as little as possible, and to be in keeping with other work WCC has done around the south coast, Gordon says.

“We carried on the theme of using wharf timbers, rock and gravels – all the things you find around coasts anyway, but nothing too big and flashy. There is very little maintenance because of the durability of the materials we used.”

The large welcome sign (and other signage throughout the site) stand out and also blend in with the surroundings. “We did the sign [in cortene steel] to give that rusty feel. The large scale fits in with the big, tough coastal environment,” Gordon says.

In the design discussion the team decided to keep the old quarry building and reuse elements such as the trusses and concrete columns to acknowledge the heritage of the place. The 570m2 building morphed into a much smaller interpretation centre that fits in with the surroundings. From certain viewpoints, the sharp lines of the roof, and quarry terraces in the cliffs behind, create interesting ‘manmade’ angles, but then curling wave patterns on the exterior concrete panels soften their square shapes. Concrete columns interspersed with rocks and planting are cut in graduated levels. They step up to the centre, where displays describe the coast, its geology, flora and fauna, and encounters of people with the environment, which includes several shipwrecks.

The floor level of the building was raised and a terrace constructed outside, giving a vantage point from which to look out over Cook Strait and to the South Island on a fine day. The landscaped approach to the interpretation centre is longer than originally intended; the land was designated for two houses rather than rocks, pathways and planting. But a public outcry decided WCC against selling the sections, Gordon says, and it became part of the reserve entrance.

On the coastal side, the gravel parking bays, bordered by wharf logs and rocks fit well visually with the natural environment. They break up what was once a mass of cars and separate them from the pedestrian pathways and interpretation centre. The pathways, edged with 100mm of timber, are made of lime-stabilised basecourse, which stays compacted and provides a natural, solid path, Gordon says. The asphalted road is part of the landscape design and includes a turning bay, with ample room for tourist buses. An island feature in the middle, with rocks, rock mulch and native planting (courtesy of Carl Gifford, Carlucci Land) mimics the coastal surroundings.

The area was planted by WCC-owned Berhampore Nursery with eco-sourced coastal species such as coastal flaxes, Aciphylla dieffenbachia (wild spaniard), Carex, Poa cita, and Muehlenbeckia. Shell-rich rock mulch, which doesn’t blow away, also helps to blend the development into the wild and harsh site, Gordon says. The rocks are from Horokiwi Quarry and the rock mulch was sourced from the Hutt River.

“We tried to group the rocks so they look more natural but that’s difficult to achieve, [however] the planting grows and obscures rock line,” Gordon says.

To lower environmental impacts, traditional stormwater drains are not used. Instead, water from the interpretation centre runs into swales, or sink pits, on site. Kerbing is minimal and general surface water runs into swales, which feed two sink pits. This avoids major runoff into the coastal environment and the marine reserve.

Frenzy the bronze sculpture of a shark was gifted to WCC by sculptor Colin Webster-Watson. The sculpture, which acknowledges the wildlife of the area, was installed on completion of the project.

The project has won various awards. In 2005, the restoration of the old quarry slopes won the Aggregate and Quarry Association’s Mimico ‘Environmental Excellence Award’. In 2008 the Te Kopahou project won a Wellington Civic Trust Award ‘Best Environmental Project’ and ‘The NZRA Outstanding Park Award’ from the New Zealand Recreation Association.

Six years on, with planting established, the entrance to Te Kopahou Reserve creates an environmentally sensitive, well-used and maintained transition between the built and natural environments of the south coast.

“It definitely didn’t set out to make a statement. It’s really the entrance point to the greater south coast,” Gordon says. “It set out to be landscape that disappears into the landscape … people walk through and don’t even realise what has been done. It all looks natural.” 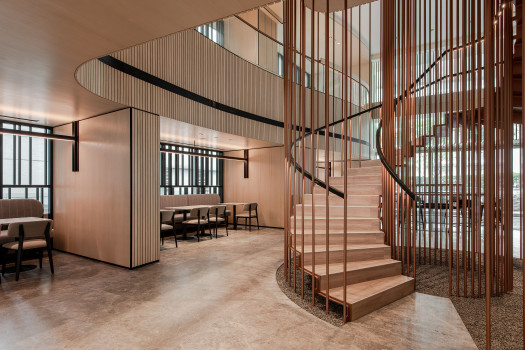 PROJECT - MALAYSIA
7 MONTHS AGO
YTL Headquarters by Ministry of Design Presents Elegance from its Beautifully Crafted Materiality
Located along Jalan Bukit Bintang in Central Kuala Lumpur, YTL Headquarters brings together the entire suite of its departments, presenting a unified brand identity under one roof. Ministry of Design (MOD), the interior designer, aim to unify the corporation legacy of corporate professionalism with a future-forward attitude that embraces change. 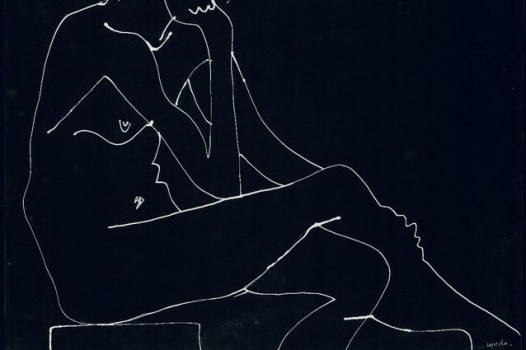 PROJECT - NEW ZEALAND
8 MONTHS AGO
Opinion: The value of Print
The unearthing of a single personal letter in the early 1980s was powerful enough to destabilise one of the foundations of Western conceptual art history, reminding us again of the power of printed media to subvert or revise established canons. 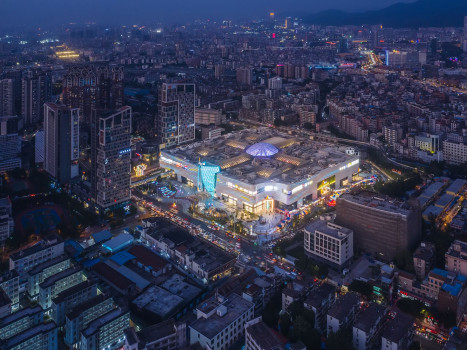 PROJECT - HONGKONG
5 MONTHS AGO
Metamorphosis-YUE City | DYML
YUE City is located next to Xiwan Road in the northern edge of Liwan District in Guangzhou, China. about 27km from the Guangzhou Baiyun International Airport and 2km from the Guangzhou Railway Station. After going through a demanding 600 days of transformation effort, it was unveiled to public in September 26th 2020 as the largest shopping mall in the western district and the second largest in overall Guangzhou city, turning a new page in urban revival.