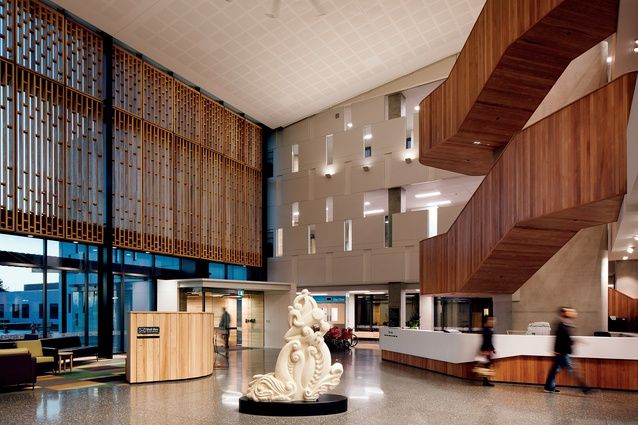 An innovative design for the redevelopment of Christchurch’s Te Whare Toa Takitini/Burwood Hospital is the result of a collaboration between Jasmax, Klein Architects and Sheppard & Rout Architects.

In the 16th century, a Swiss-German philosopher, physician and botanist called Paracelsus suggested that sickness and health in the body relied on the harmony of man and nature. He is also credited as the founder of toxicology and for being the first to note that some diseases are rooted in psychological conditions.

His beliefs must have seemed really radical at that time. The printing press was invented in 1440 and led to the dissemination of ‘witch-hunt manuals’, fuelling witch-hunts throughout Europe, with physicians, surgeons, midwives and folk healers – who used medicinal herbs to heal – often targeted.

Even today, the idea of ‘healing from nature’ is pooh-poohed in many circles, in spite of increasing evidence to suggest that Paracelsus was onto something when he stated, “The art of healing comes from nature, not from the physician…” 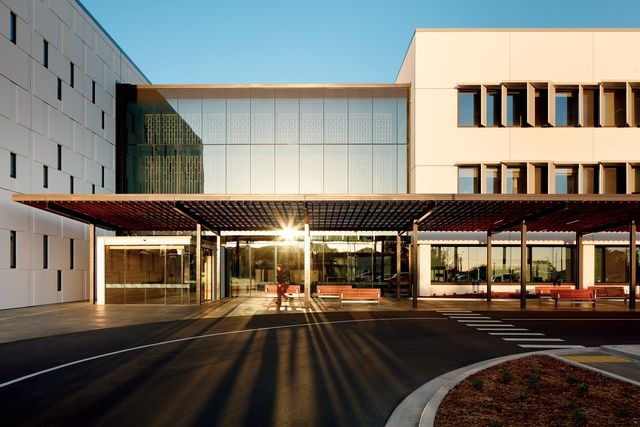 The main entrance is set between buildings. The architects have done a great job in breaking down the 300,000sqm of bulk in this building. Image: Jason Mann.

In the field of hospital design, research now indicates that biophilic design, which aims to create strong connections between nature and man-made environments, is having a positive and ‘measurable’ impact on the well-being of patients. Maximised natural daylight and ventilation, views of nature, plants and water, natural materials, textures and patterns are all aspects considered within this approach.

In Christchurch, the redevelopment of Te Whare Toa Takitini/Burwood Hospital draws on biophilic design principles, as well as salutogenesis, which deals with the relationships between stress, wellness and human health – a measurable aspect of design that can help patients and staff operate at peak performance.

This includes biophilic considerations but adds comfort, nourishment, fitness and mind, incorporating aspects like art, music and sounds. On a more basic level, our universal circadian rhythms are considered, as well as more specific environmental factors that can be personal to our genetic wiring. 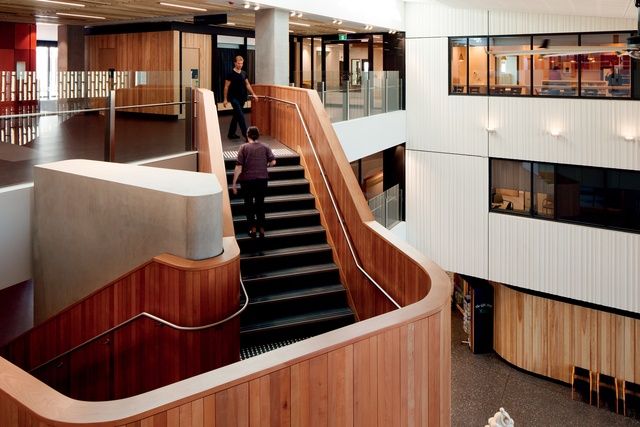 The curving stairwell from the atrium. Image: Jason Mann.

Healthcare facilities can be some of the most challenging projects to design; they are incredibly complex with many stakeholders and requirements, and technologies and approaches are ever-changing, so future needs can be difficult to predict.

Thus, the designing of this 30,000m2 hospital was no mean feat, especially in post-quake Christchurch. It therefore made perfect sense for three architectural firms to join forces on the scheme.

Jasmax was lead consultant, working with Klein Architects and local firm Sheppard & Rout Architects; the work was divided up to cover different parts of the building, although they worked together for continuity. The team effectively had two clients: the Ministry of Health, as well as the Canterbury District Health Board, which was instrumental in ensuring the design team was focused on the end-users throughout the process.

Even before the quakes, there had been a plan to redevelop Burwood Hospital. The former 1930s’ Princess Margaret Hospital, located in Cashmere, was at the end of its shelf life, and there was a plan to incorporate its Older Persons’ Health Specialist Services (OPHSS) into this new design. After the quakes, the time frame was accelerated with a fast-track build, bringing a Leighs Cockram joint venture on board in anticipation of large projects coming up that might reduce construction resources in the city later on.

As design reference, the architects looked at the roof forms of the existing architecture on the site, as well as the Canterbury Plains landscape. The location is just a hop, step and a jump from the 116-hectare Travis Wetland Nature Heritage Park, which provided inspiration for many aspects of the design, tying it into their biophilic and salutogenetic approach.

While big floor plates have long been de rigueur in large buildings since the widespread transmission of electric power, its flipside has been the loss of connection with nature, visually, and through natural light and ventilation.

Today, one of the challenges of applying biophilic and salutogenetic principles to hospitals is the balance between managing infection control – the requirement for hard, easily-cleanable surfaces, for example – super-functionality, the complexities of the clinical aspects, as well as maintaining a sense of place and well-being.

Design can readily be valued out because, inevitably, medical equipment and processes frequently take precedence over aesthetics. Balancing these elements into the process of sequencing was challenging. 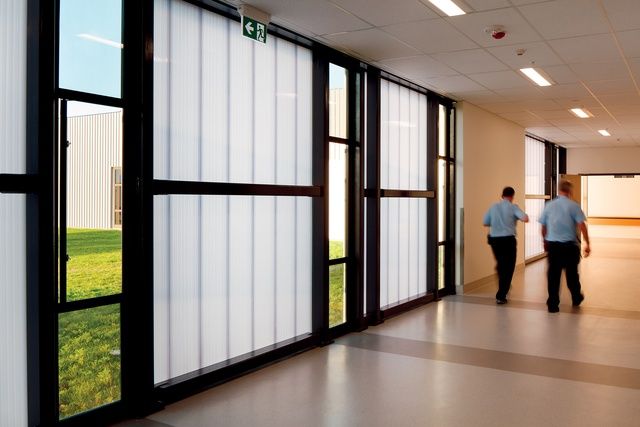 The corridor from the back-of-house building will eventually be built out. Image: Jason Mann.

Everything is essentially arranged around a central courtyard with the entry foyer at the base of a three-storeyed building that also incorporates outpatients, administration, ambulatory care and radiology. Short ‘fingers’ branch off this building into the wards, maximising daylight, outlooks and ventilation, while, at the same time, minimising walking distances (55m is the maximum distance suggested for older people). This helps break down the bulk as well, aided by a wide variety of cladding materials and screening devices.

The foyer sets the scene with its high ceiling and ample natural light, with focal points on a curvaceous wooden stairwell and a stunning carved sculpture by local Māori artist Riki Manuel. At the rear, a café and a community display area breaks out into the courtyard; a pharmacy and retail spaces sit on the edges; and a visitors’ lounge occupies the front window space.

It’s hard to imagine the challenge of designing a large hospital, not just for a city post-quake but, also, because the building can only be out of action for about 10 to 15 minutes. Pioneering seismic design was needed here, with footings 3m deep in concrete sitting in a big bed of sand and floating in a sea of gravel. Pre-cast concrete beams are held up by really large pieces of steel – all very robust. 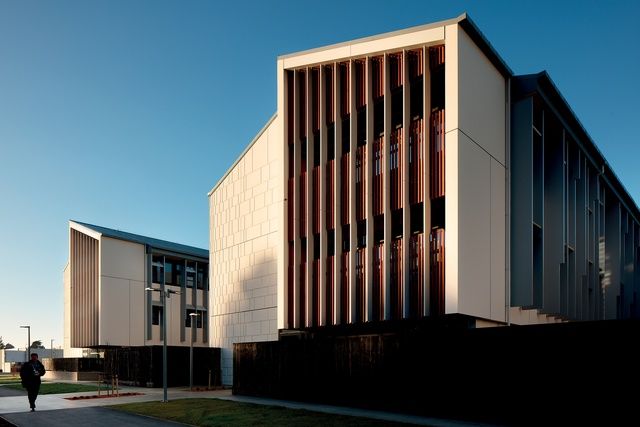 The wards were designed in a finger-like arrangement to ensure that all the bedrooms are naturally lit with openable windows and views to the surrounding parkland. Image: Jason Mann.

The ward design is patient-centric, while creating a healthy workplace for staff, also. There are 10 wards and 230 beds in total; half are twin bedrooms and half are single. Older Persons’ Health Specialist Services include facilities for those staying for shorter periods, as well as longer stays; the average stay, I’m told, is around 34 days.

The finger-like configuration of the wards with lots of internal courtyards creates a light, airy and securely-contained environment. The lounges and dining areas open up into the courtyards and have a home-like feel. Circular routes around the wards allow patients to walk for some distance. All of the bedrooms look out to either courtyards or the surrounding parkland and have openable windows.

Simple actions like patients getting out of bed to open windows helps them to normalise quickly into their new surroundings. The High Dependency Unit is positioned in a quiet area away from other activities. One of the nurses tells me that patients sleep better and for longer as a result of this design, because it is quieter and connected to the outside.

The landscaping is absolutely crucial to this biophilic design, enhanced by parkland and therapy gardens – believed to be stress reducing as well as ‘neutral’ or non-hierarchical spaces – and healing plant species with attractive aromas. The hospital should have been surrounded by hedging, also, but this was dropped due to the budget; now, there’s just basic fencing instead. Hopefully this will eventually be replaced.

This design is sure to pave the way for a different approach to hospital building in Aotearoa; man and nature working together at last – Paracelsus would be pleased. Now, we look forward to seeing what Jasmax can achieve at North Shore Hospital.

Te Whare Toa Takitini
Burwood Hospital
Jasmax
Klein Architects
Sheppard & Rout Architects
Princess Margaret Hospital
Riki Manuel
Justine Harvey
Contributor
With over 18 years experience in journalism, Justine has written for architecture, design and trends publications in New Zealand and Europe. She has worked for Rogers Stirk Harbour (formerly Richard Rogers Partnership), Arup and ING Media. Also, she has managed architectural events and exhibitions, promoting them across international media, at leading arts and architectural industry events, including the Venice Biennale 2008 and 2010. Justine was a jury member at the World Architecture Festival in both 2015 and 2016 and is a committee member of the Auckland Architectural Association.
View Profile
More from archifynow 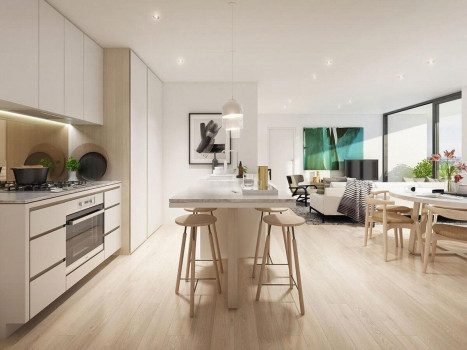 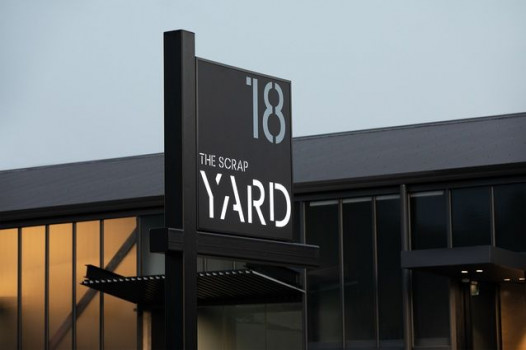 PROJECT - AUSTRALIA
1 YEAR AGO
The Urbanists: The Scrap Yard
The people, places and ideas changing our cities one enclave at a time: The Scrap Yard is a small-but-potent commercial development on a back street in Auckland’s Grey Lynn. 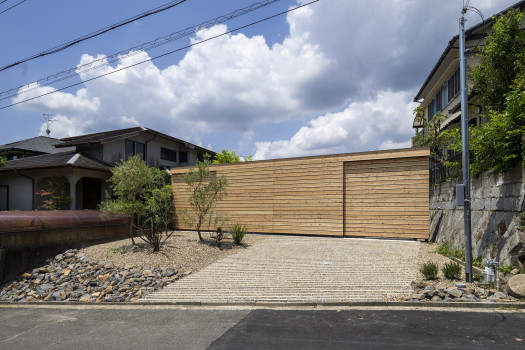 PROJECT - HONGKONG
1 MONTH AGO
House in Heguri Heguri House
The beginning of the design of the house. It was triggered by the increase in the family of the contractor.