Violent Legalities: In conversation with Karamia Müller and Sarosh Mulla 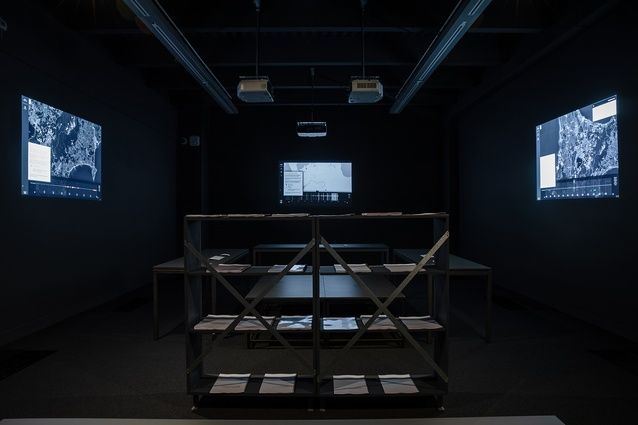 Violent Legalities is an exhibition of research coordinated by the University of Auckland School of Architecture and Planning’s Dr Karamia Müller that explores trends in the spaces that violence occurs and maps them out.

The exhibition is built around Timemap, an open-source software that was developed by London-based firm Forensic Architecture. In this research Timemap is used to map violent events around New Zealand along with the more abstract legal changes that police acts of terror and violence.

Here, Müller explains a bit more about the project and the links between the built environment, violent incidences and legislation in a conversation with fellow University of Auckland lecturer and director at PAC Studio, Sarosh Mulla.

Sarosh Mulla (SM): Can you tell us first what the genesis of this project was?

Karamia Müller (KM): I can. After [the Christchurch mosque attack], as a researcher and New Zealander, I wanted to make sense of that. Whenever I get a sense of a disconnect between my lived experience and what I understand and research around the built realm, I feel compelled to address it, and this was an instance like that.

I was already in discussion with Lachie Kermode who is both a researcher and software lead at Forensic Architecture (FA) about the potential to collaborate. So, that is how the project came about at the very beginning. 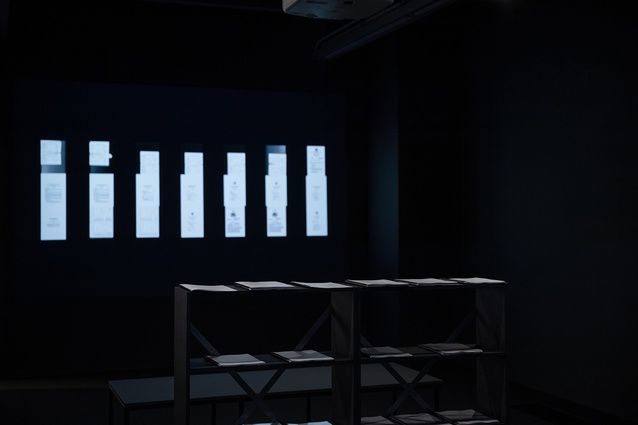 SM: Can you tell us a little bit more about FA as a practice and how that has been applied here?

KM: Forensic Architecture is a research agency based in London and it is also a methodology where architecture is appropriated for forensic purposes. In the broadest sense, it is used here to document violences that are considered human right violations performed by a state, or state-governing politics against particular peoples or communities. The work is always counter-forensic, a term coined by architectural theorist Eyal Weizman who is also the founder of FA, which means working against the sort of work that forensics does in traditional, legal state processes for those that do not have access to those techniques or methods, because forensics has historically been a state-sponsored instrument, and therefore a tool of power, used in particular ways to reinforce state power. It uses the detailed study that the state usually deploys, but as a tool to counter the state to implode state violences as opposed to reinforcing or re-inscribing it.

And when you recreate and visually document these sorts of occurrences, they bring a different form of…

KM: Yes, they create another form of impact, another way of understanding the more abstract dimensions between architecture and human rights violations.

In particular in a trial or court case, which is where a significant part of FA’s work is, depending on the investigation, they supply evidence to, for example, the International Criminal Court on behalf of individuals or groups who have a human rights violation claim. Visual evidence can make links that are less possible through words and numbers alone.

SM: Can you tell us what the research is and how it is physically displayed?

KM: The research begins with a working hypothesis, which is: if we map location events, focusing on racialized violence as a way to index these types of events in relationship to Christchurch, we may get a better understanding of whether or not there’s a huge presence of white supremacy in Christchurch. Using these racialized events and then mapping them in time and space with legislative activity, we asked are there links there? There was also research interest to identify if this kind of violence, or this kind of ideology was on the rise, and how we can use architectural ways of understanding site. (The site being, in this instance, New Zealand). We then brought that visual mapping process to these abstract, non-locational activities, such as law-making practices, which shape our lived experiences. Taking all the legal activity upholding our social, cultural and economic pillars, and the tentacles of that, and making visual these abstract forces and directly linking them to physical events.

KM: I would say we are mapping the activity of both, and there are a number of ways to read those correlations. Like any argument, you could make a case from either side; from my perspective, I’d be arguing that yes, legislative activity enables violence, indirectly and directly. Although, this research project and the exhibition is concerned with mapping these dimensions. The legal activity, whether or not it actively discriminates racially and whether or not it’s used as a tool to actively enable violence, it becomes possible to form a position on that debate through this exhibition. It has a visual component that I think extends understanding. 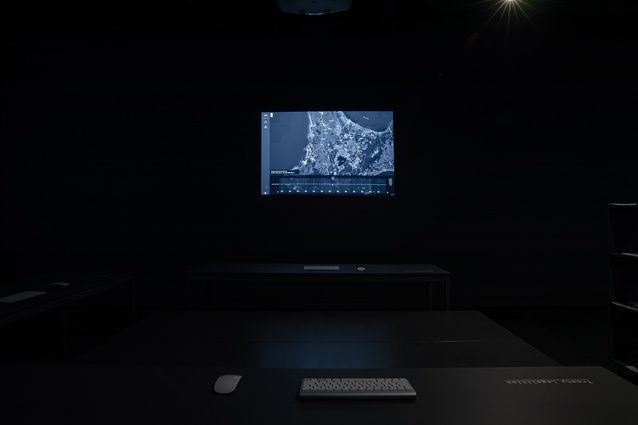 KM: I think so. Also, though, this also concerns concepts around land. For example, turangawaewae: having a place to stand, which is a fundamental Māori concept. When you view it through the lens of that worldview, then our understanding of land as architectural practitioners can’t just be the engineering of buildings, it has to take into account social histories and narratives. Enriched understandings are, in my perspective, more likely to have richer creative processes.

SM: Yes, you might argue that the perspective is more akin to contemporary practice, rather than traditional practice.

KM: Exactly. Likely we both find ourselves in a similar sphere of thinking on this. My sense as an academic is that stakeholders are asking of the industry to be more responsible and responsive to other dimensions within the site.

SM: Yes, I think so too. Can you tell us about how the exhibition’s actually set out?

KM: It’s three projections of the three platforms that make up the research project. One platform is Terror Legalities, which was the start point for the project and looks specifically at racialized violence against legislative activity. Then the next is Treaty Legalities, which is looking specifically at The Treaty of Waitangi tribunal findings in the Te Urewera region, key events and narrative accounts found in the Te Urewera report. And then the last projection is Moral Drift, by documentary photographer Fraser Crichton, which is looking at state care to incarceration specifically. The individual projections are on separate walls. This is to enable the interactivity of the platforms, allowing the audience to engage with the material in this all-encompassing, haptic way. We also have a film that outlines our methodology which is playing at the same time in the space. It is, in effect, a very dark room with three projections and a video. 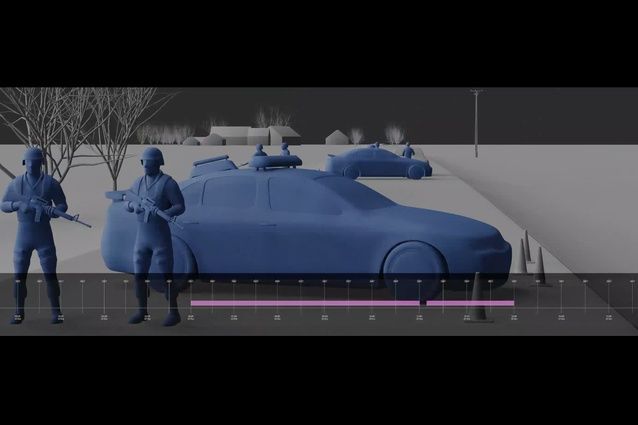 SM: So those represent the three kinds of applications of this methodology, right?

SM: Do you have other possible applications that you would want to make in future research?

KM: There’s a few ways to extend the data that’s captured and, by extension, represented. For example, I think we could also look at how the building code shapes our built surrounds, which is architecturally relevant. There is also a capacity to potentially add three-dimensional modelling into the mapping.

SM: So, do you picture this research as being something that could continue in perpetuity – collecting a kind of running tally of, year by year, how many of these horrific incidences occur in New Zealand? And, in some way, forming a gauge of success or failure as a result?

KM: It is possible, yes.

KM: We’re looking to make some clear decisions around what functions would be useful to develop for the software. The intention is to investigate what community engagement we can now undertake with meaning, and that is also the work I am interested in pursuing as a researcher as well: working out how architecture can help document the stories and experiences of people. 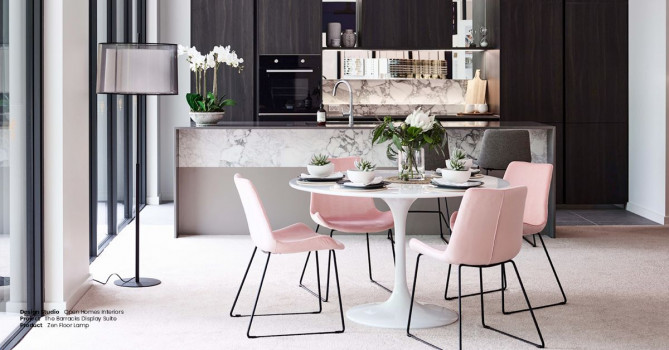 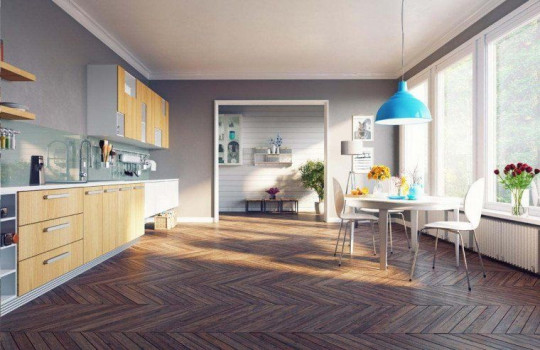 TIPS & IDEAS - AUSTRALIA
1 YEAR AGO
Five Important Elements for an Appealing and Comfortable Kitchen Floor
While planning or renovating a kitchen, homeowners often focus more on the cabinet and kitchen appliance designs. The kitchen floor is sometimes overlooked so the design outcome often results in the floor being slippery or getting damp/wet easily.To prevent this, here are five preventive tips to make your kitchen floor look appealing and comfortable. 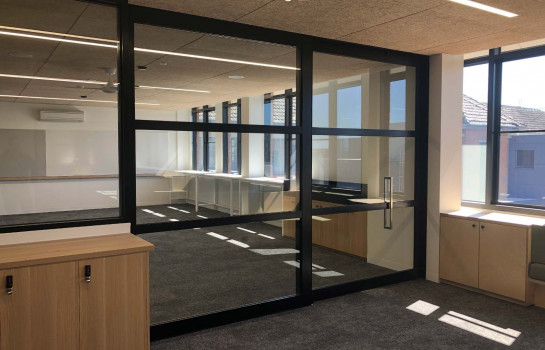 TIPS & IDEAS - AUSTRALIA
1 YEAR AGO
Archify Live: Creating Learning Spaces for the Modern Pedagogy
Archify Live is our web series that responds to an increasing demand for virtual learning and networking. Our latest session was held on the 9th of July and was presented by Glyde. Below is a transcript of the presentation.