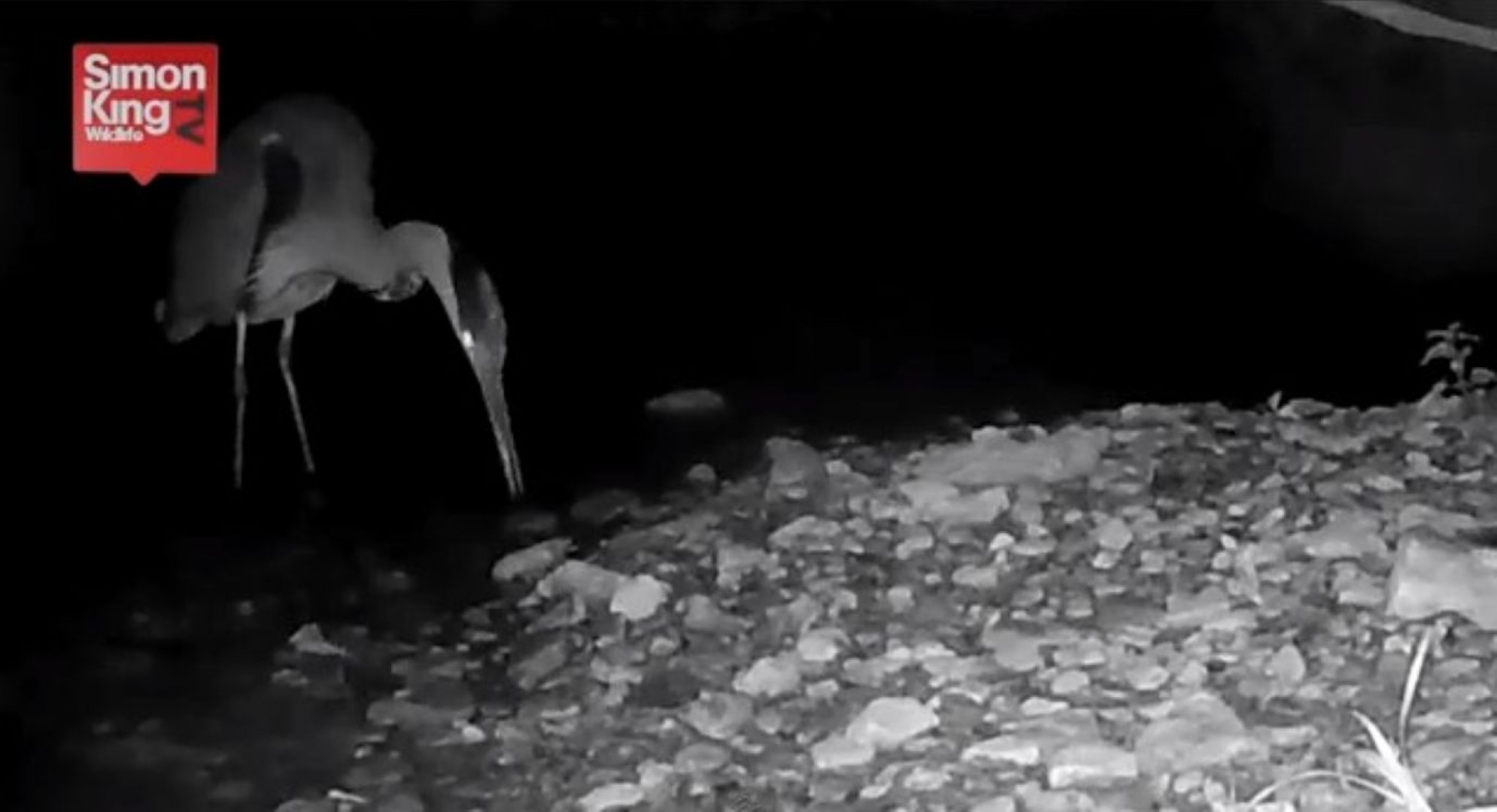 Simon King, the founder of SimonKingWildlife.com, is a renowned and highly-esteemed naturalist with a strong love and passion for the natural world. Because of his ardent love of nature, Simon has completely devoted his career to wildlife preservation and observation. Simon’s first film on nature was created at the age of 12 and, as an adult, Simon has created, directed and hosted many TV programmes and films on wildlife. He has received several prestigious international awards, recognising him as one of the greatest contributors to wildlife. These awards include the Emmy Award (Academy of Television Arts & Sciences) for outstanding cinematography, the BAFTA Award (British Academy of Film & Television Arts) for best factual photography, and was awarded the OBE for services to conservation and wildlife photography. In 2013, Simon King established SimonKingWildlife.com, an online platform that compiles resources and observations on wildlife.

Monitoring wildlife at close range can cause considerable problems due to their inherently cautious nature and suspicion of new or unusual objects. The unpredictable climate is another variable in observing wildlife. Moreover, many people who have an interest in wildlife might not have sufficient free time to visit natural locations in person. Taking into account these complex considerations, Simon created the “Live Cams” section on his website to bring audiences closer to nature. Viewers can easily view wildlife at various locations in real-time through live video streams, which are captured and transmitted by IP network cameras.

IP network cameras chosen for monitoring wildlife in real-time around the clock have to be exceptionally robust, capable of high image quality and resilient to the stringent and ever-changing natural environment. More importantly, intelligent video management software (VMS) is needed for proactive motion detection of the animals. By employing intelligent VMS, the movement and activity of wild animals can be triggered, informed and recorded in real-time. Based on these requirements, Simon King consulted iCode Systems, a leading VMS manufacturer in UK. Highly recommended by Huw Edwards, the director of iCode Systems, VIVOTEK’s outdoor network cameras IP8332-C and Mini-Box network camera IP8152 fully integrates with iCode Systems’ VMS iCatcher, and the solution was selected to meet Simon King’s requirements.

Currently, Simon has five locations in England set up for monitoring wildlife in real-time, including a camera in the London region for monitoring peregrines and foxes, one in Somerset County for monitoring otters, kingfishers, dippers and badgers, and one in Wales for kites, buzzards, and ravens. In this project, VIVOTEK’s IP8332-C and IP8152 cameras play a pivotal role. The IP8332-C, a bullet-style network camera designed for diverse outdoor applications, features a 1-megapixel CMOS sensor and a removable IR-cut filter for day and night functionality, which enables high quality and high resolution video to be captured. In order to withstand harsh outdoor environments, the camera is encased in an IP66-rated housing and weather-proof casing. Moreover, the IP8332-C is further strengthened by projecting the cable with the brackets, making it the ideal model for outdoor installations. Subsequently, the IP8152, which is equipped with the outstanding supreme night visibility feature, is able to deliver excellent video quality in low light environments. Paired with the built-in IR-cut filter, the range of visibility can be further increased at night by allowing the use of IR illuminators, allowing nocturnal wildlife activities to be clearly identifiable and recordable.

“The quality and performance of VIVOTEK’s cameras truly impressed us,” enthuses Simon King. “We designed the Live Cam section of the site to share the wonder of wildlife with as many people as possible, wherever in the world they may be. Thanks to Huw Edwards’ professional advice and assistance, we selected VIVOTEK cameras with iCode System’s intelligent VMS i-Catcher. Subsequently we have managed to capture extraordinary and extremely rare wildlife events on our camera systems with VIVOTEK cameras, and the agile and real-time surveillance and recording through iCatcher! We’ll keep VIVOTEK cameras as our top choice whenever a new observation site is set up in the future. ”

“I am really pleased that the surveillance solution and its performance not only satisfied Simon’s requirements, but also surpassed his expectations” comments Huw Edwards. “Integrated with our i-Catcher VMS, which uses motion detection to trigger the recording of passing wildlife, the entire surveillance system truly offers an easy wildlife monitoring and recording solution.”

VIVOTEK
Taiwan
About VivotekVIVOTEK Inc. was founded in February 2000. The Company markets VIVOTEK solutions worldwide, and has become a leading brand in global security surveillance. In recent years, VIVOTEK has developed comprehensive IP surveillance solutions that encompass its broad range of network cameras, PoE switches, network video recorders, and video management software. In response to the possibilities offered by the rising trend of IoT, VIVOTEK aspires to become the Eye in IOT by drawing on its expansive technological capabilities in image and audio. The Company also plans to continue improving its software/hardware R&D capabilities and expanding its already extensive strategic alliances with leading international software and hardware partners. This synergy of independent and cooperative development will maximize potential, achieve high-level system application, technology integration, and more deeply satisfy user demands across vertical markets.About PT. Hotware IndonesiaPT. Hotware Indonesia, incorporated on June 19, 2007, distributes a range of products and support through its partners. PT. Hotware Indonesia operates through its Headquarter Jakarta and 6 branches: Surabaya, Bandung, Semarang, Medan, Bali. PT. Hotware Indonesia has more than 380 authorized partners throughout Indonesia.The core competence of the PT. Hotware Indonesia lies on stock availability and excellent service. After going through 10 years of incredible growth, PT. Hotware Indonesia shift up from Video Surveillance market into Mechanical Electronic market.With the tagline Redefining Intelligence, PT. Hotware Indonesia heading to become a company that can perfect the working power & mindset of both the technology and the people who use the products offered by PT. Hotware Indonesia.
More Updates