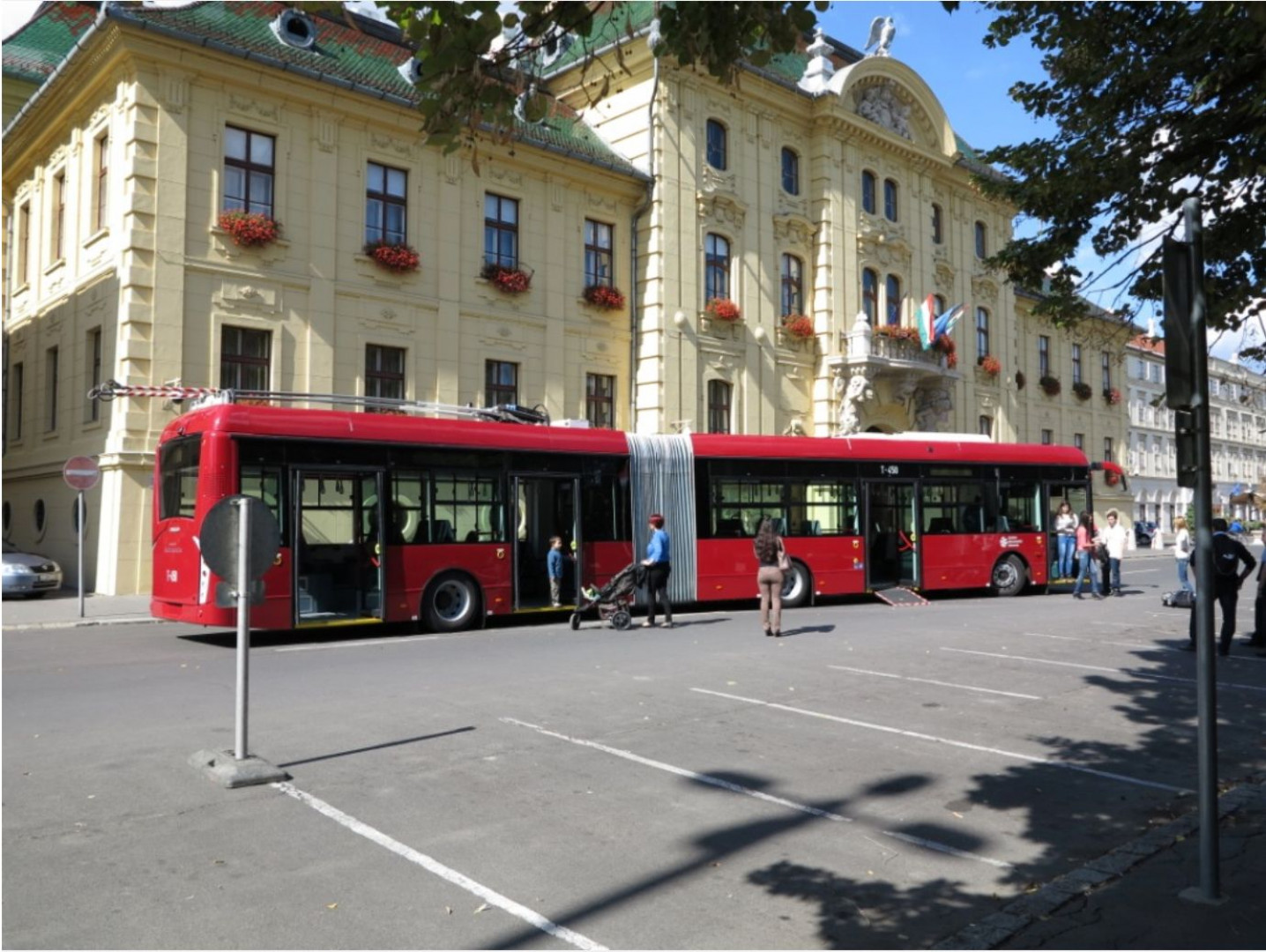 Szeged, a history-enriched city with a present population of approximately 163,000, is ranked one of the largest cities in the southeast regions of Hungary. In reflection of its history, Szeged experienced numerous negative social events in the 19th and 20th century, primarily caused by either natural disasters or wars. Following these negative events, Szeged has recently rebuilt its beautiful buildings, well-organized streets, and comprehensive public transportation systems, modernizing this city into one demonstrating strong cultural and economic dynamics.

The MD7560D is a 2-megapixel vandal-proof mobile surveillance network camera developed by VIVOTEK that is specifically designed for transportation applications such as buses, trains, and other vehicles. Being compliant with the EN50155 standard for electrical devices installed on railways, the camera can withstand shock, vibration, fluctuations, and conditions presented on rapid transit trains, maintaining stable and reliable video during vehicle movement. Featuring a 1600x1200 resolution, the MD7560D can produce extremely detailed and clear images, which can be delivered explicitly, simplifying the identification of people and objects. Video footage of passenger activity within or accidents outside the cabins can be clearly captured and recorded in mobile network video recorders installed inside each trolleybus for post-event evidence.

VIVOTEK
Taiwan
About VivotekVIVOTEK Inc. was founded in February 2000. The Company markets VIVOTEK solutions worldwide, and has become a leading brand in global security surveillance. In recent years, VIVOTEK has developed comprehensive IP surveillance solutions that encompass its broad range of network cameras, PoE switches, network video recorders, and video management software. In response to the possibilities offered by the rising trend of IoT, VIVOTEK aspires to become the Eye in IOT by drawing on its expansive technological capabilities in image and audio. The Company also plans to continue improving its software/hardware R&D capabilities and expanding its already extensive strategic alliances with leading international software and hardware partners. This synergy of independent and cooperative development will maximize potential, achieve high-level system application, technology integration, and more deeply satisfy user demands across vertical markets.About PT. Hotware IndonesiaPT. Hotware Indonesia, incorporated on June 19, 2007, distributes a range of products and support through its partners. PT. Hotware Indonesia operates through its Headquarter Jakarta and 6 branches: Surabaya, Bandung, Semarang, Medan, Bali. PT. Hotware Indonesia has more than 380 authorized partners throughout Indonesia.The core competence of the PT. Hotware Indonesia lies on stock availability and excellent service. After going through 10 years of incredible growth, PT. Hotware Indonesia shift up from Video Surveillance market into Mechanical Electronic market.With the tagline Redefining Intelligence, PT. Hotware Indonesia heading to become a company that can perfect the working power & mindset of both the technology and the people who use the products offered by PT. Hotware Indonesia.
More Updates