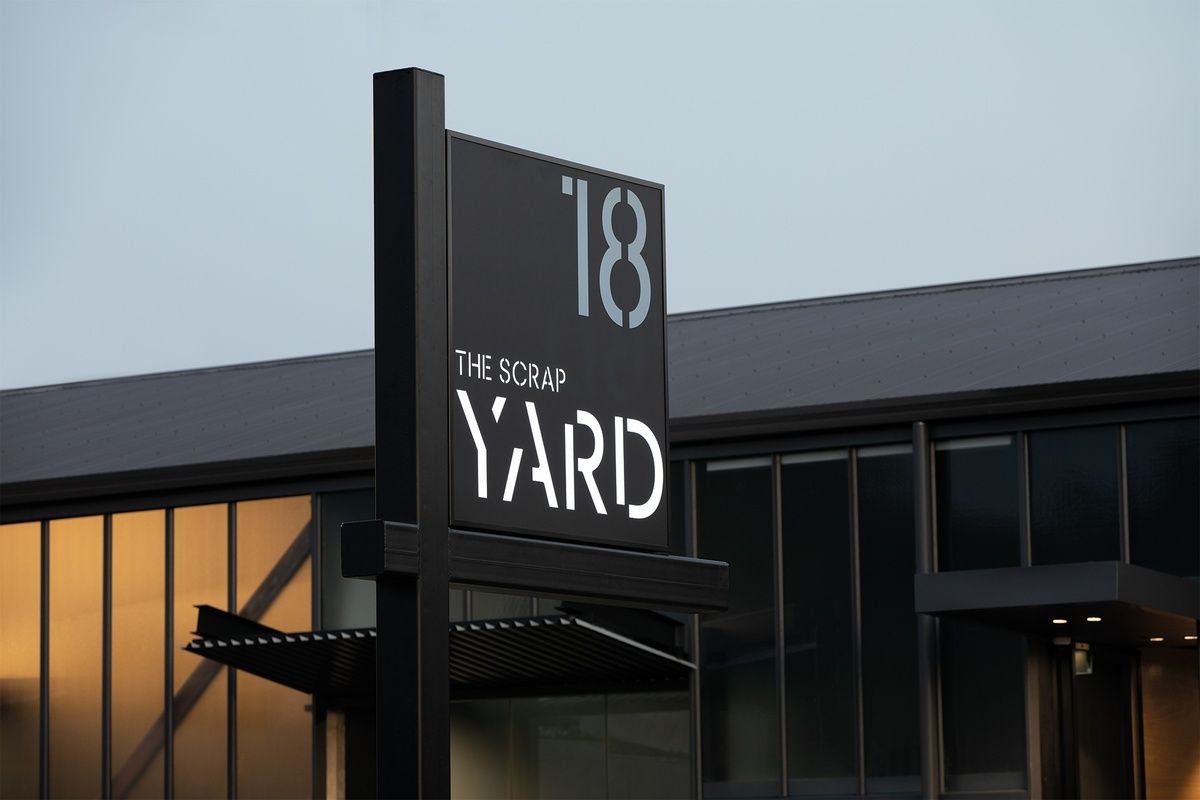 The Urbanists: The Scrap Yard

If The Scrap Yard had its own aphorism, it would be that rebirth is a commonly rewarding business.

Its born-again story began in 2018 when it was still a demolition and salvage yard on Grey Lynn’s unassuming Westmoreland Street. In that year, it was purchased by Henla Limited, the company behind Auckland developments such as City Works Depot, Osborne Lane and Ponsonby Fire Station, mixed-use establishments that each seem like the building equivalent of a power suit: steely, sharp, confident on a molecular level.

An extensive renovation later and the site – its name a nod to its past life – emerged as a modish precinct, sharing the anatomy of these forebears. Now, it, too, is a possessor of brick and concrete and muscular angles, of an industrial-chic style that naturally trickles down into the businesses it hosts, including Ozone Coffee Roasters, Tim Webber Design’s flagship store, Portfolio Recruitment, a retail space for Corcovado Furniture & Homewares, Commune hair salon, architecture and interiors firm Pennant & Triumph, and Basecamp Power Yoga.

Open the doors to its carefully chosen tenants and behind the variety is a certain like-mindedness; this is the result of a shared appetite for good design, an appreciation of history and a desire to carry out the work they’re doing with brio. Like all immaterial things, it’s a quality that is difficult to import, yet The Scrap Yard has achieved this kind of cohesion early on. Curating, or re-curating, it seems, is the site’s keynote; connectedness is its gift. 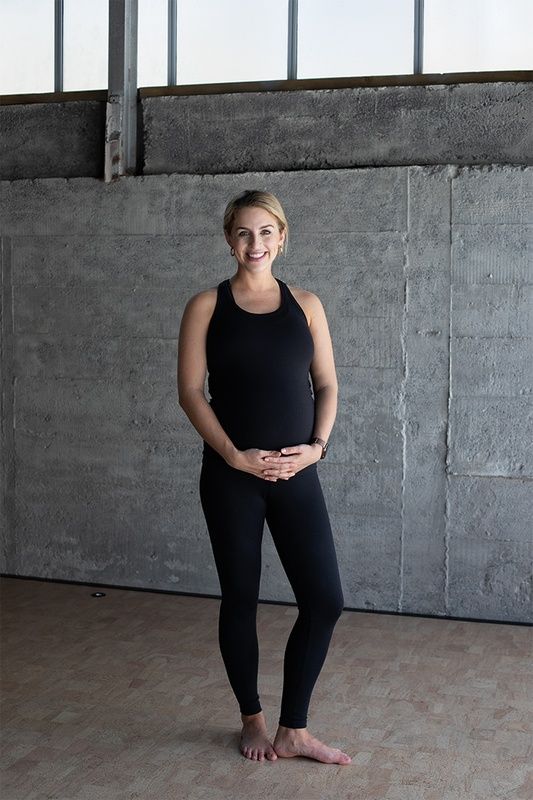 For a practice built to nurture both mind and body, Basecamp Power Yoga is a fetching receptacle to this end. It’s a landscape of neutrals and some thoughtful shedding: pared back, without the sense that something is visibly lacking. “I wanted people to walk into the space and experience clarity, grounding and the feeling of being welcomed,” says founder Catherine Thompson on the aesthetic, honed and extra-crisp thanks to Melbourne-based multidisciplinary firm Studio 11:11, who did the fit-out.

“I wanted the focus of the space to be on the people coming in to practise and this is why the space was created to be more of a blank slate. Yoga is a transformative and creative practice. I wanted our students to have a clear space.”

Her business specialises in Baptiste Power Yoga (a vigorous style carried out in a hot room) but also offers Yin Yoga (a slow-paced style with long holds to help release muscle tension) and Soulful Flow (classes with music).

Beyond the sweat and full-body tenderness, you can see the core point to which Thompson has devoted her practice: in the walk up to the elevated yoga studio, the Aoraki Room, a symbolic scaling as much as a physical one; in savasana paired with a lavender-scented eye pillow; in sitting, or unwinding, on the back patio. “I wanted to create a studio where people could loosen the grip of what’s brought them to feel stuck.” 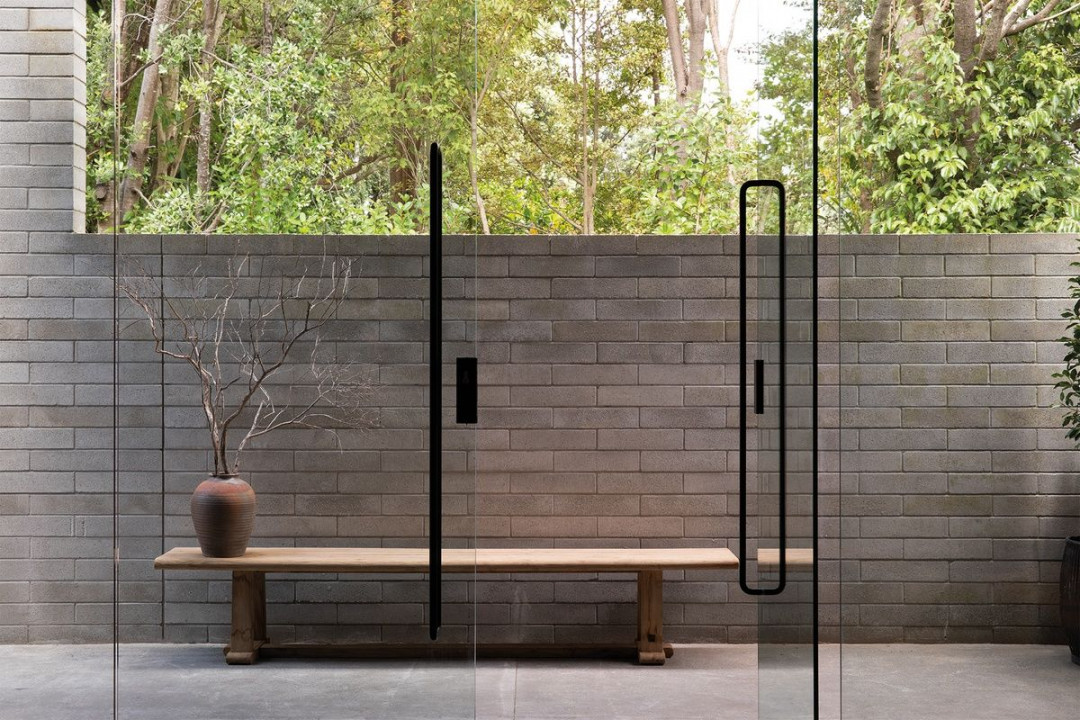 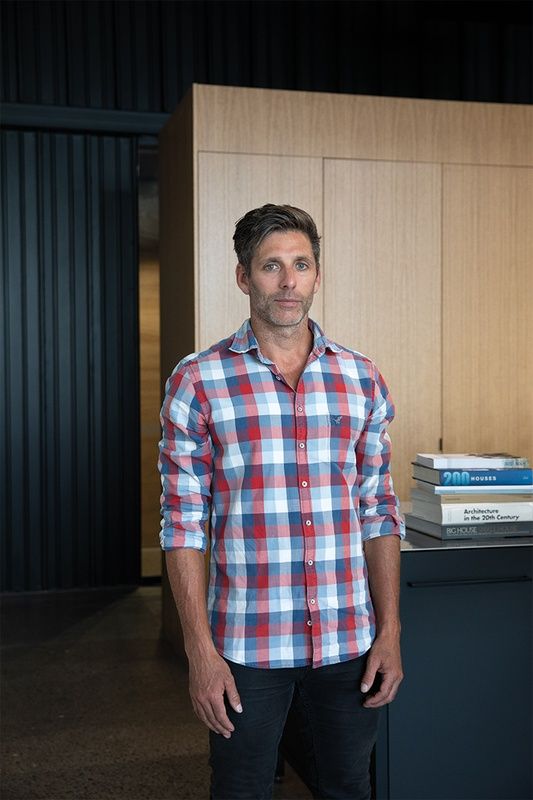 Justin Roderique eyed the bones of The Scrap Yard early. It was still a construction site then – and later, when Pennant & Triumph, of which he is the director, moved in – but he saw potential. “The key benefits of an urban development are the openness and outlook that you don’t always get in central developments,” he explains. “This feature alone enhances how people feel within a building, whether it be a workspace, retail store or café.”

The firm has been at the juncture between tenant and design confidante for some time, flexing its crafty thews when it helped choose hallway colours and made material and lighting selections, including bathroom finishes and fixtures, for The Scrap Yard’s communal areas. Alongside projects underway – a workspace in Wellington for a gaming company, a luxury apartment overlooking Darling Harbour in Sydney and a Lodge Bar in Auckland’s new Bommercial Bay development, to name but a few – it’s also working on the interior for the site’s final (at the time of writing, hush-hush) lessee.

As an organism adapts to its habitat, so Pennant & Triumph has grown within its own, holding its shape while assisting in giving something new to the surrounding man-made ecosystem. In the tradition of settling in, it’s fitted well. “To us,” says Roderique, “it feels like home.” 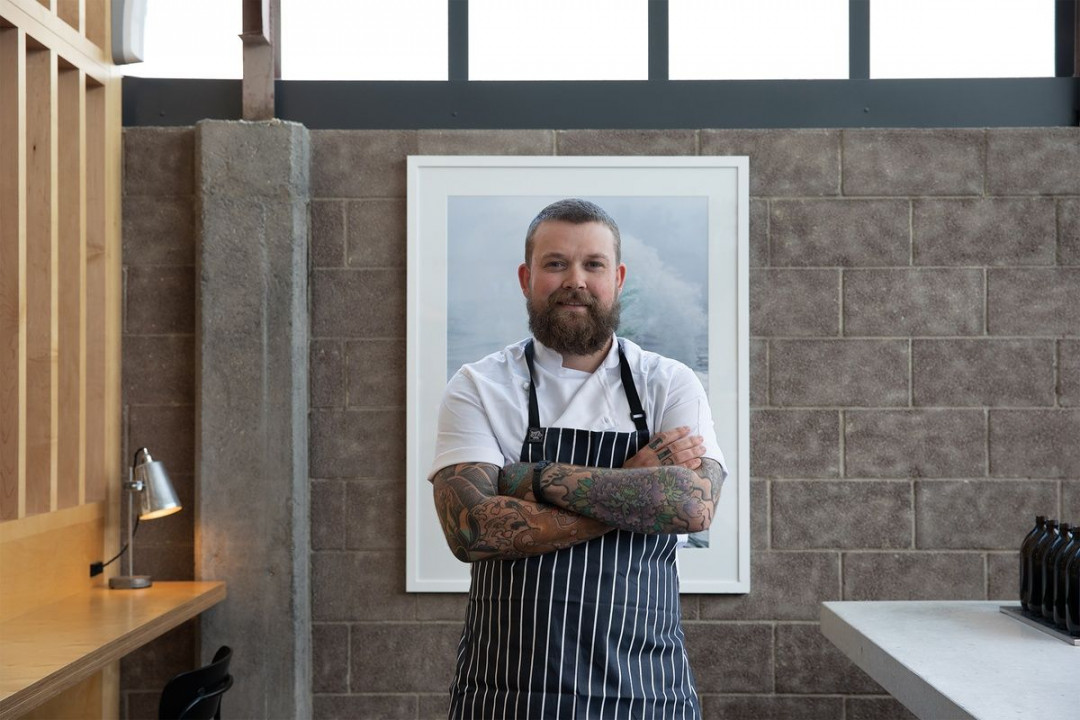 After opening two humming café outposts in central London, New Plymouth-born company Ozone Coffee Roasters had secured its place as a player in a global market. But there was also a business in growing its influence at home. What the firm had in mind was something transparent: a place where its brand could percolate as a living billboard while offering customers engaging experiences across its ground space. “People are looking for a deeper connection with the brands they choose to engage with,” reasons James Gurr, creative director of Ozone Coffee Roasters.

A few years ago, Gurr and several of his business partners were invited to Arizona by an old friend, esteemed pizzaiolo Chris Bianco. There, they dined at four of his restaurants, including Pizzeria Bianco, so popular that it has entered Phoenix lore, before flying to Los Angeles and San Francisco to eat at everything-spot Gjusta and dough kingpin Tartine Bakery.

“All those experiences had two common factors which resonated deeply with us,” explains Gurr “One: The focus was on the product and everything associated with delivering that product, from the industrial eight-foot-high ovens at Tartine to the huge production line of chefs at Gjusta, to the tomato sauce made from Chris’ own tomato farm at Pizzeria Bianco. You could feel the whole production experience in a very authentic way. 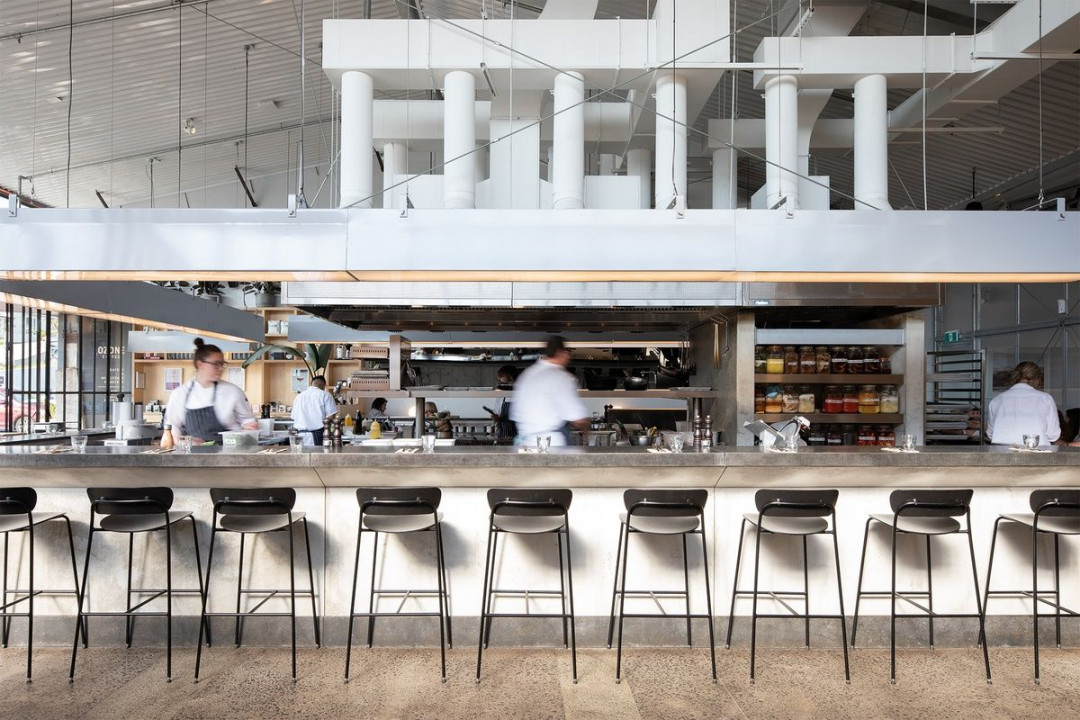 “Two: There was a feeling of local community – eating together, chatting on the streets outside, having coffee dates, taking kids and dogs in for breakfast on the way to school, and having casual business meetings. They just felt like what living should feel like: seamless, considered and relaxed.”

From this story flowered Ozone Coffee Roasters Westmoreland, The Scrap Yard’s edgy all-day eatery, coffee bar and roastery, designed with the help of UK-based architect Lou Davies of Box 9 Design. While the eatery sports all of the markers of a slick coffee roastery, it shakes this off as quickly as it lays it on, balancing this bean-to-brew identity with one that’s warm and sophisticated – gentle in a way that makes you feel relaxed but not loungy, smart in a way that takes stock of its surrounds.

The menu takes similar cues. “When we design our menus, we consider how we will minimise waste, work with seasonal produce and champion local suppliers at every opportunity,” says executive chef and sustainability coordinator Joe O’Connell. “If we can source a beautiful product from a local legend, then chances are it will wind up on our menu.”

scrap yard
commercial
Aukland
Julia Gessler
Contributor
Julia Gessler is editorial assistant for Urbis and Interior, joining the team at AGM in 2019. She graduated with a Bachelor of Arts with First Class Honours in Comparative Literature and Culture with Visual Arts from Royal Holloway, University of London in 2017. During and since her studies, she has worked in publishing across both print and digital.
View Profile
More from archifynow 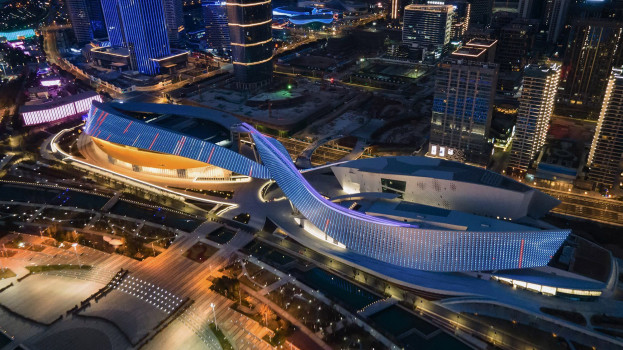 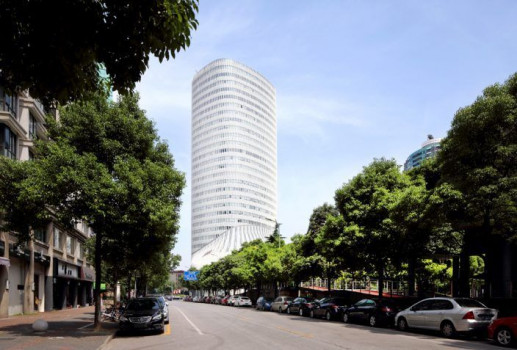 PROJECT - HONGKONG
2 MONTHS AGO
L'Avenue Shanghai
Seeking a superior functional facility together with a vast park blooming with green, we have created a landmark appropriate for the future vision of the exclusive residential district of Hongqiao Area. 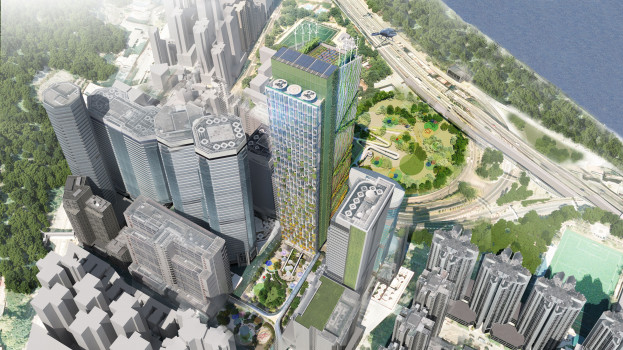