World Building of the Year 2021 Announced 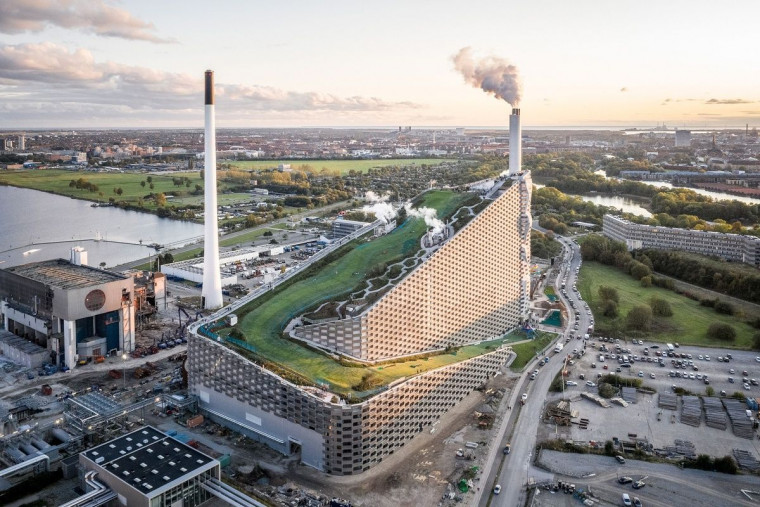 Copenhill/Amager Bakke in Copenhagen, Denmark has been declared the World Building of the Year 2021 at the 14th annual World Architecture Festival (WAF), held in Lisbon this year.

Copenhill/Amager Bakke in Copenhagen, Denmark has been declared the World Building of the Year 2021 at the 14th annual World Architecture Festival (WAF), held in Lisbon this year.

The World Building of the Year 2021: Coppenhill/Amager Bakke

Copenhill/Amager Bakke in Copenhagen, Denmark has been declared the World Building of the Year 2021 at the 14th annual World Architecture Festival (WAF) in Lisbon. The scheme is designed by B.I.G Architects and was selected from the Production, Energy & Recycling category.

On behalf of the judges, Paul Finch Programme Director praised the way the building “addresses the role of architecture in the new world of recycling and zero carbon. It treats infrastructure projects in a way that makes people say ‘Yes in my back yard’ rather than ’no’. It encourages designers to think beyond the brief, to argue for ideas, and to ride the tides of politics and economics in the pursuit of the socially beneficial. And it reminds us that buildings can be fun!”

CopenHill, also known as Amager Bakke, is a new breed of waste-to-energy plant, topped with a ski slope, hiking trail, and climbing wall. Formerly a piece of infrastructure in an industrial zone, CopenHill has become a new destination combining community and leisure with sustainable ambitions, aligning with Copenhagen’s goal of becoming the world’s first carbon-neutral city by 2025.

The 41,000m2 waste-to-energy plant also includes an urban recreation centre and environmental education hub, turning social infrastructure into an architectural landmark. Skiers ascending the park are able to glimpse inside the 24-hour operations of a waste incinerator. The mixed-use building also includes a rooftop bar, cross-fit area, climbing wall and viewing plateau in the city before descending the 490m tree-lined hiking and running trail within a lush, mountainous terrain designed by Danish landscape architects SLA.

The internal volumes of the power plant have been determined by the precise positioning and organisation of its machinery in height order, creating an efficient, sloping rooftop fit for a 9,000m2 ski terrain. On the longest vertical façade, an 85m climbing wall is installed, making it the tallest artificial climbing wall in the world. Inside, the new waste incinerating facilities integrate the latest technologies in waste treatment and energy production. 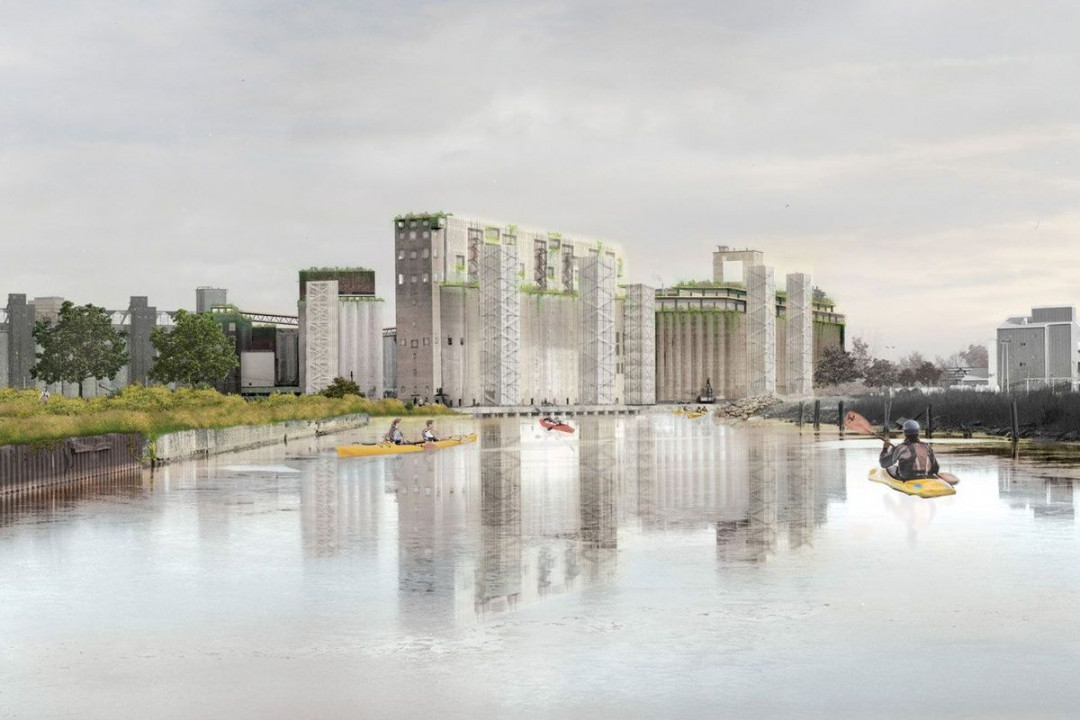 The Future Project of the Year 2021: Silo City by Studio V Architecture.

The Future Project of the Year 2021: Silo City by Studio V Architecture

The Future Project of the Year 2021, which celebrates the best of the world’s architecture yet to be completed, was awarded to Silo City designed by Studio V Architecture. Located in New York, Silo City is impressive adaptive reuse of the largest collection of grain elevators in the world into a mixed-use arts and cultural complex.

The site consists of two building types that differ in materials, form, and fenestration. The design preserves the unique forms of the silos and lack of fenestration by carving out unique interior chambers that manipulate space and light.

The judges were impressed by the way “this project started with the ruins of the world’s greatest collection of grain elevators, and through wonderfully seductive imagery envisages a future for them, the City of Buffalo - and of post-industrial cities”.

Landscape of the Year 2021: Al Fay Park by SLA Architects 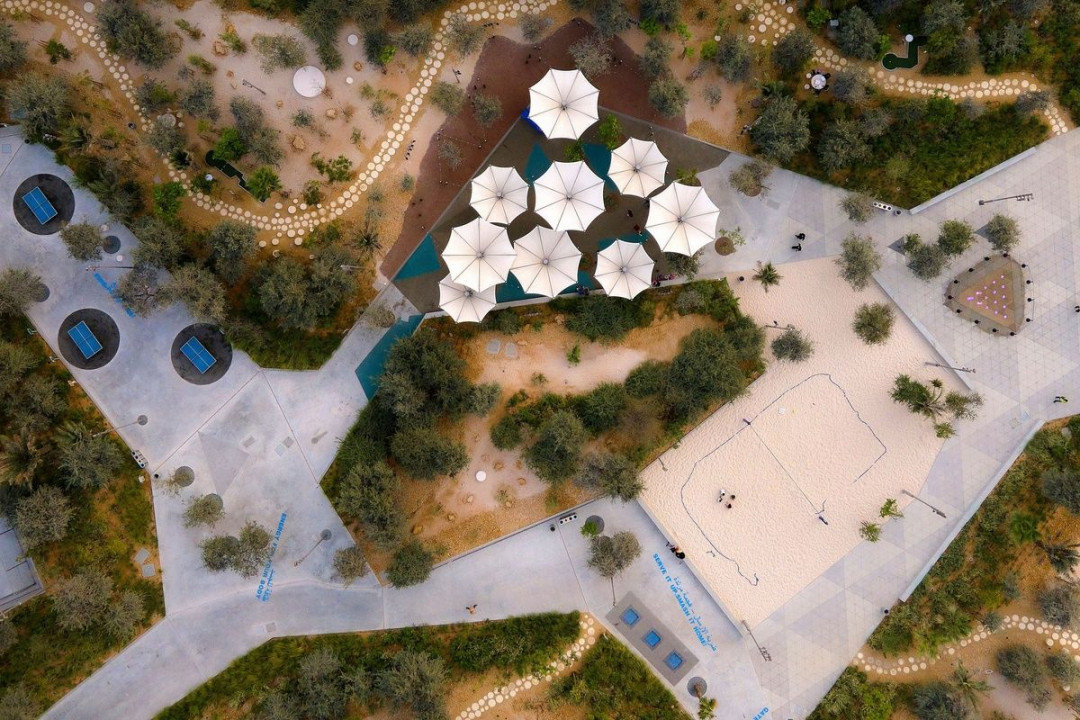 Landscape of the Year 2021: Al Fay Park by SLA Architects.

Landscape of the Year 2021 was awarded to SLA Architects for their project Al Fay Park in Abu Dhabi in the UAE. Al Fay Park is a new 27,500 m2 public park in downtown Abu Dhabi that signals a new kind of Middle Eastern city development. Driven by inclusive nature rather than iconic buildings, Al Fay Park is the Middle East’s first urban biodiversity park.

With its biodiverse planting, optimised microclimate strategy, and inclusive social activities, the park is specifically designed to provide biological, environmental, and social benefits to both the city and its residents. By planting more than 2,000 native trees and bushes, biodiversity is strengthened for both plants and wildlife, which in turn maximises natural cooling throughout the park.

The judges commented that, “Al Fay Park is a thoughtful and intelligent response which takes into consideration pressing contemporary social and environmental issues. It is more over a delightful and biodiverse oasis in a dense desert city”. 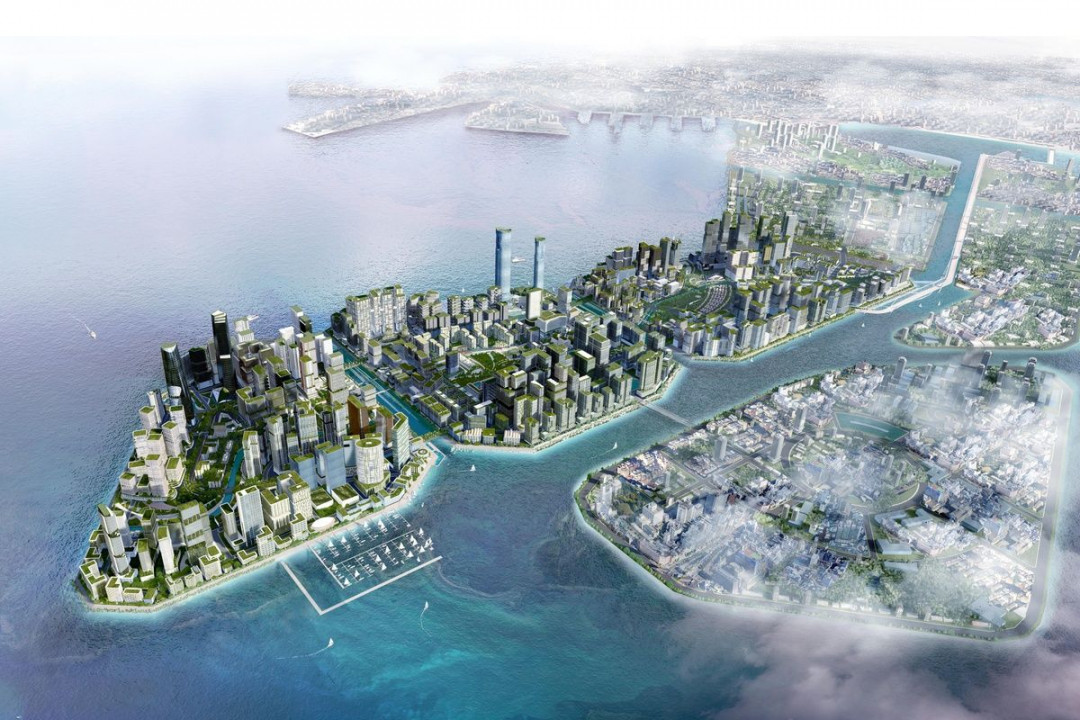 WAFX Award 2021 which recognises project proposals tackling today’s global issues, went to ‘Horizon Manila’ by William Ti, Jr., a 419-hectare masterplan designed to serve as a new hub for growth and development for the Philippines’ capital. Twelve WAFX category prize winners were announced earlier this year, and Horizon Manila was selected as the winner in the Water category.

Earlier in the week, the festival also announced the six 2021 Special Prize winners, which were selected from across the WAF Awards shortlist to shine a light on the projects that exhibit an outstanding use of Engineering, Colour, Natural Light, Certified Timber and building Visualisation, plus the best Small Project of the Year Prize. 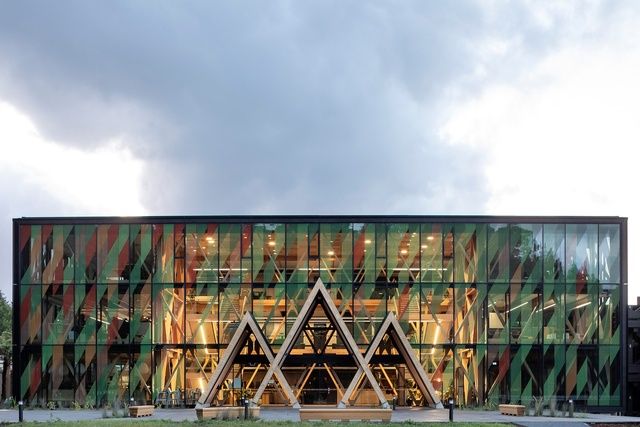 The Best Use of Certified Timber, supported by PEFC, was awarded to RTA Studio and Irving Smith Architects for their project Scion Innovation Hub, Te Whare Nui o Tuteata - a workplace located on the edge of the redwood forest in Whakarewarewa Forest Park, New Zealand. The project also took out the top prize in the Higher Education and Research category.

Heatherwick Studio received the prize for The Best Use of Natural Light, supported by VELUX, for their project Maggie’s Leeds, a UK centre providing support for people affected by cancer.

The Small Project of the Year was awarded to Revolution for their Temporary Housing Pavilion for Health Workers, a modular temporary housing solution by the Mexican practice in response to Covid-19.

The Use of Colour Prize went to ZAV Architects for their project Majara Residency, a holiday community of 200 brightly coloured domed residences on an Iranian island overlooking the Persian Gulf.

The Water Research Prize supported by GROHE was awarded to researchers from Techlab laboratory, based at Shiraz University in Iran. Their project, ‘Aquasorbant Façade’, investigates how air humidity and rainfall can be used to aid indoor thermal comfort in arid regions, inspired by water absorption methods observed in the Namib desert beetle.

The Architectural Drawing Prize announced ‘Reconfiguring Addis Ababa’s Narratives’ by Antonio Paoletti as the winner of the Hand-Drawn category, whilst ‘Fluid Strata’ by Filippa Dafni and ‘(Un)homeliness’ by Boji Hu were declared joint winners of the Hybrid category. The Digital category winner was ‘Site(s) of Flux’ by Zachary Higson, which was also selected for The Lockdown Prize.

The Lisbon Prize supported by Kreon was awarded to the United Lisbon International School.

The festival will reconvene in 2022 in Lisbon for its 15th edition.

Denmark
Archifynow
blog platform
ArchifyNow is an online design media that focuses on bringing quality updates of architecture and interior design in Indonesia and Asia Pacific. ArchifyNow curates worthwhile design stories that is expected to enrich the practice of design professionals while introducing applicable design tips and ideas to the public.
View Profile
More from archifynow 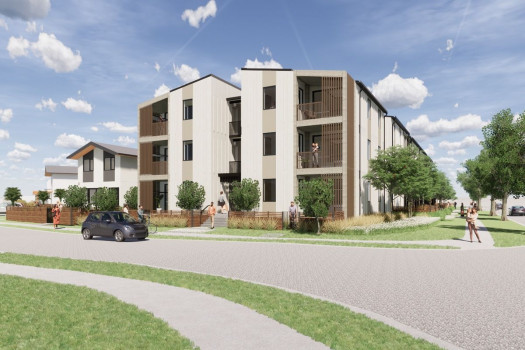 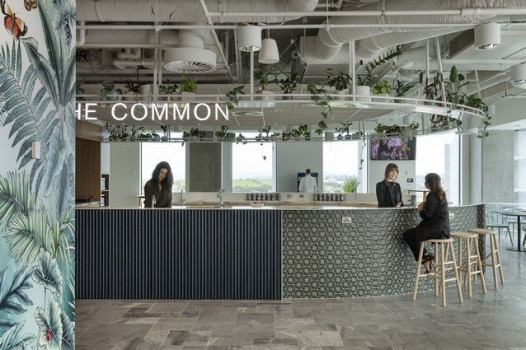 TIPS & IDEAS - NEW ZEALAND
1 YEAR AGO
Post-pandemic design: Scott Compton on the future of workplaces
Principal and interior and workplace specialist at Warren and Mahoney, Scott Compton, muses: Is this the start of the workplace as we should want it to be? 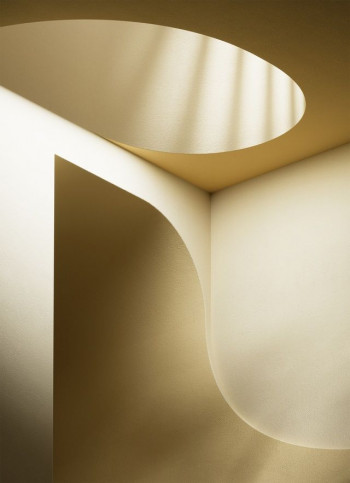