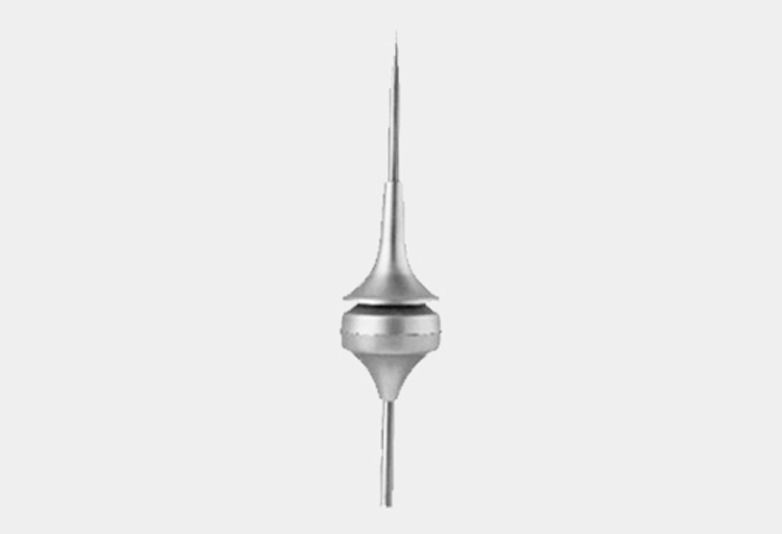 The best personal protection against lightning is to be alert to the presence of a hazard and then to take common-sense precautions, such as staying inside a house or building or inside an automobile, where one is surrounded by (but not in contact with) metal. People are advised to stay away from outside doors and windows and not to be in contact with any electrical appliances, such as a telephone, or anything connected to the plumbing system. If caught outdoors, people are advised to avoid isolated trees or other objects that are preferred targets and to keep low so as to minimize both height and contact with the ground (that is, crouch but do not lie down). Swimming pools are not safe during a lightning storm because water is a good conductor of electricity, and hence being in the pool effectively greatly multiplies the area of one’s “ground” contact.

Structures may be protected from lightning by either channeling the current along the outside of the building and into the ground or by shielding the building against damage from transient currents and voltages caused by a strike. Many buildings constrain the path of lightning currents and voltages through use of lightning rods, or air terminals, and conductors that route the current down into a grounding system. When a lightning leader comes near the building, the lightning rod initiates a discharge that travels upward and connects with it, thus controlling the point of attachment of lightning to the building. A lightning rod functions only when a lightning strike in the immediate vicinity is already immanent and so does not attract significantly more lighting to the building. The down conductors and grounding system function to guide the current into the ground while minimizing damage to the structure. To minimize side-flashes, the grounding resistance should be kept as low as possible, and the geometry should be arranged so as to minimize surface breakdown. Overhead wires and grounded vertical cones may also be used to provide a cone-shaped area of lightning protection. Such systems are most efficient when their height is 30 metres (98 feet) or less. 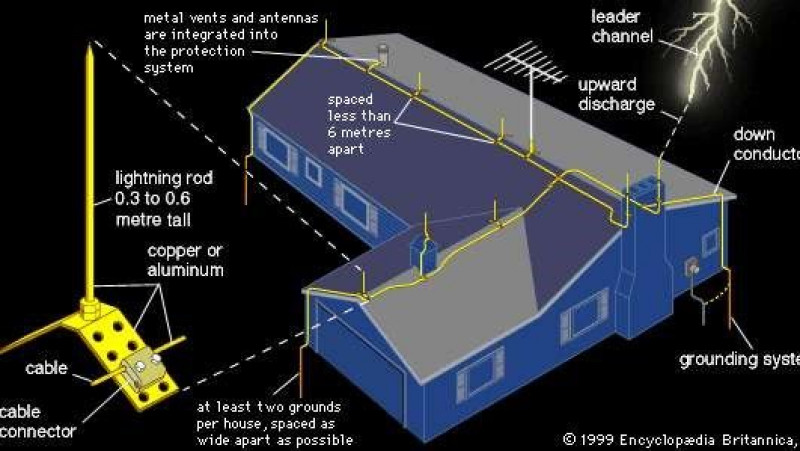 The flow of electricity from a lightning strike is channeled harmlessly around the outside of the building and into the ground. 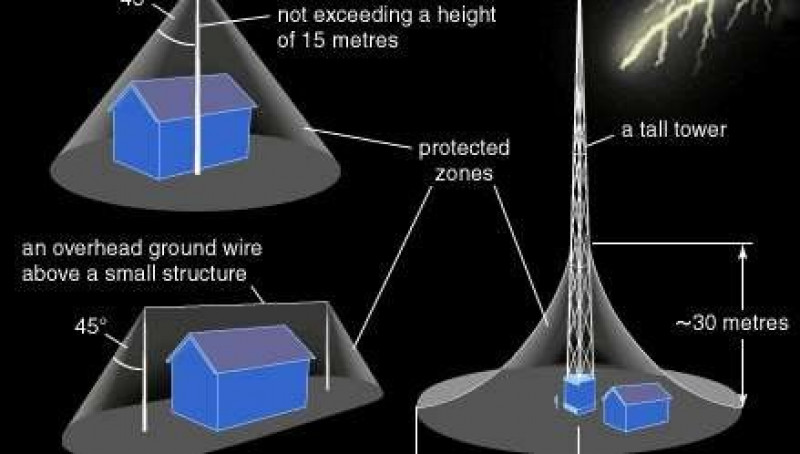 (Left top) Vertical rods or masts up to 15 metres in height create lightning protection zones that extend in a 45° cone from the rod’s tip. (Left bottom) Connecting two rods with a wire extends the zone of protection. (Right) Towers taller than 30 metres provide protection for an area 30 metres high and 60 metres wide. The protected zone is in the shape of an inverted funnel with inward-curving sides. Towers between 15 and 30 metres high create protected zones of similar shape but with height and width equal to tower height.

Protection of the contents of a structure can be enhanced by using lightning arresters to reduce any transient currents and voltages that might be caused by the discharge and that might propagate into the structure as traveling waves on any electric power or telephone wires exposed to the outside environment. The most effective protection for complex structures is provided by topological shielding. This form of protection reduces amounts of voltage and power at each level of a system of successive nested shields. The partial metallic shields are isolated, and the inside surface of each is grounded to the outside surface of the next. Power surges along wires coming into the structure are deflected by arrestors, or transient protectors, to the outside surface of each shield as they travel through the series, and are thus incrementally attenuated.

Arizona Integrated Technology is committed to providing you the most trusted Lightning Protection Solution. The units are designed to prevent electrical hazards and accidents caused by dangerously high electrical power surges. These electrical and manufacturing solutions are suitable for residential, commercial and industrial use. For expert advise, call +63282765991 or +639055417325