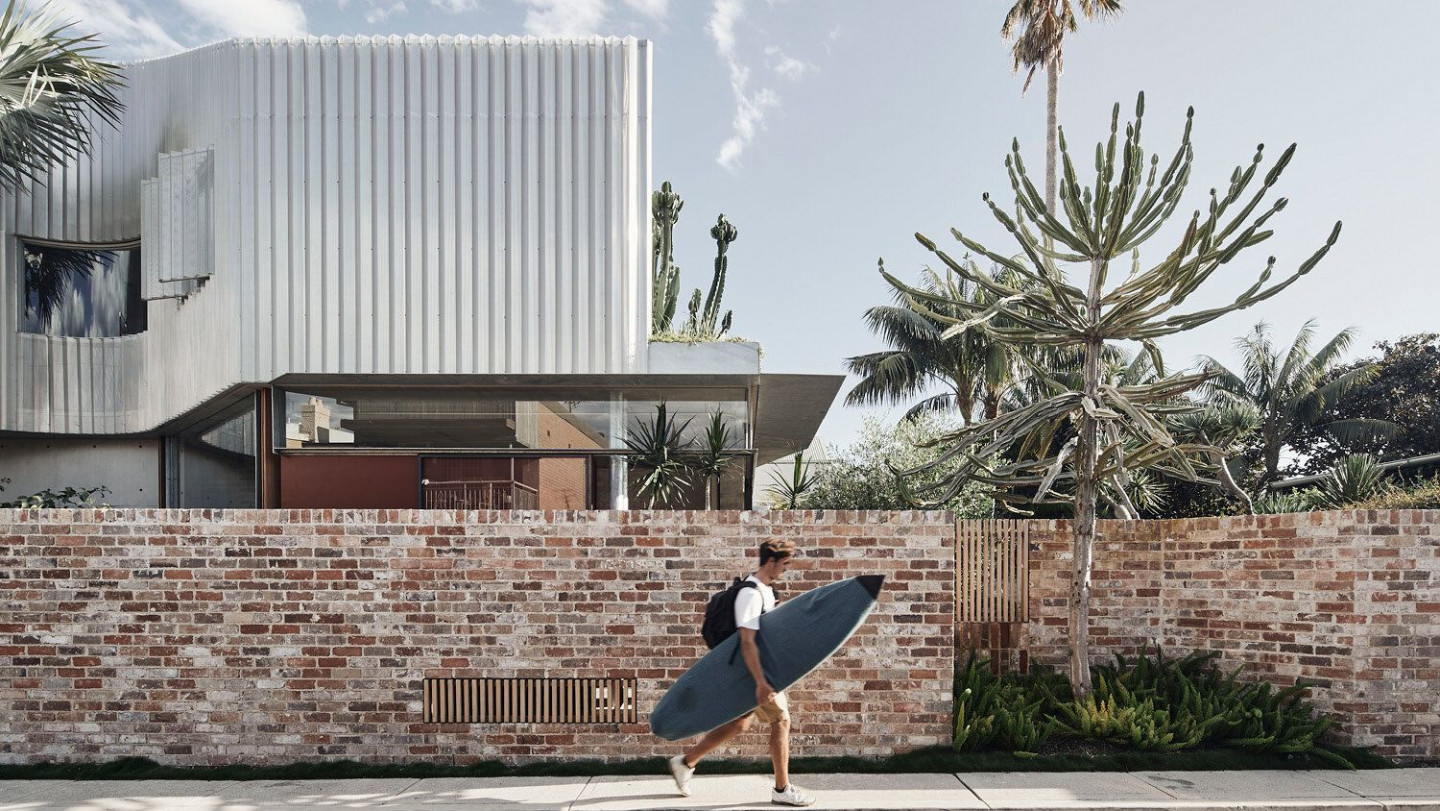 Our brief was to provide a flexible house that could be used for holiday rental or as a future city house if the clients moved out of Sydney. The house was also to be experimental and original in nature, showcasing Robert Plumb Projects’ building capacity, while also prioritising the garden, to be designed by Will’s landscape company DBS, as an integral part of the house.

Our conceptual starting point for the project was the detailed context of the laneway. Into this context the ground floor of the house was conceived as a continuous garden between the boundary walls of the site. The common wall of the semi to the south and the laneway edge to the north were rebuilt using recycled bricks from the site demolition, with the garden formed around key figures within the plan – the kitchen bench, a window seat to the lane, a concrete structural blade wall, a steel cabinet for storage. The upper level, containing three bedrooms, is conceived as a solid mass that carves voids for light, creating diagonal and oblique viewing lines along the length of the laneway for the bedrooms. These scoops of light allow the garden to run along the majority of the laneway’s length. 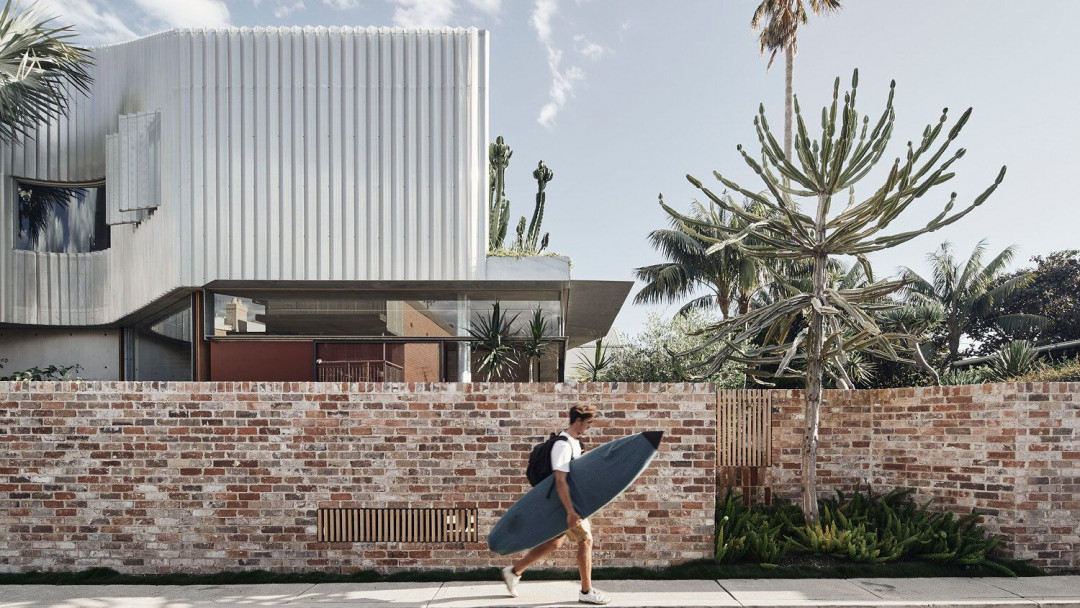 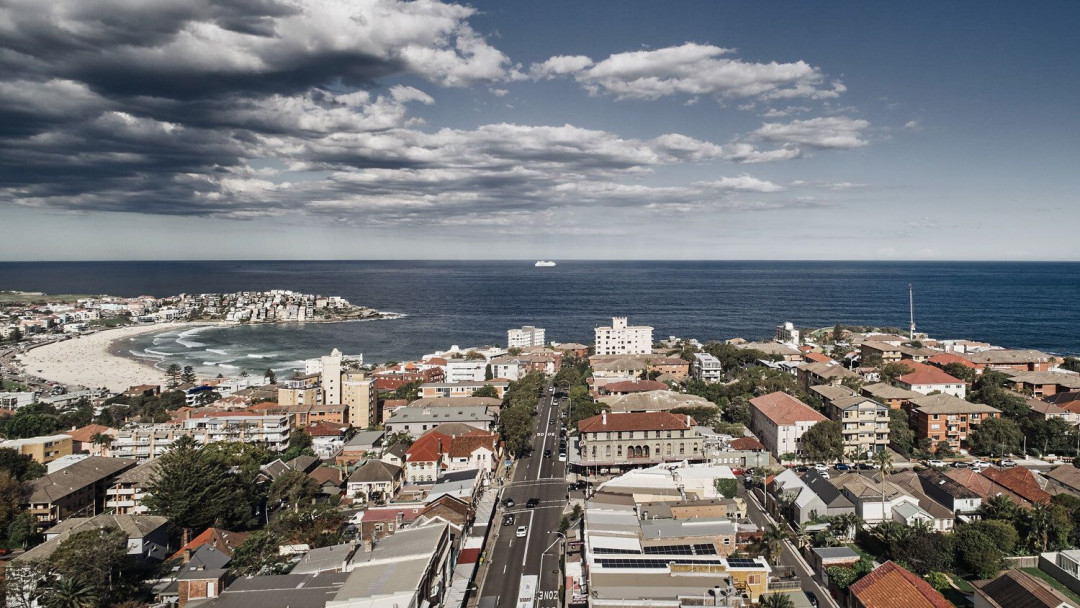 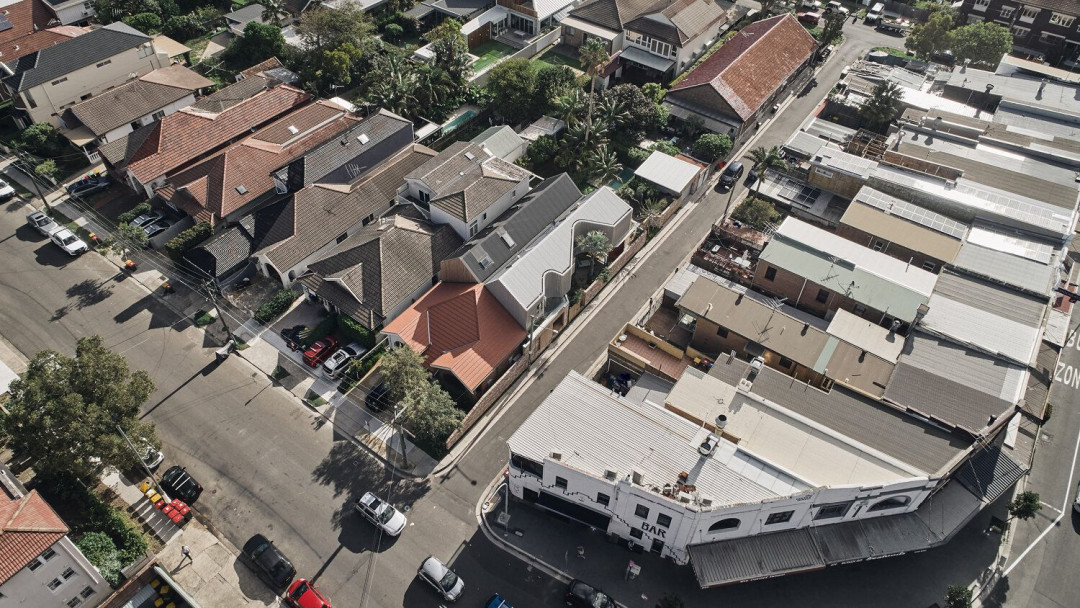 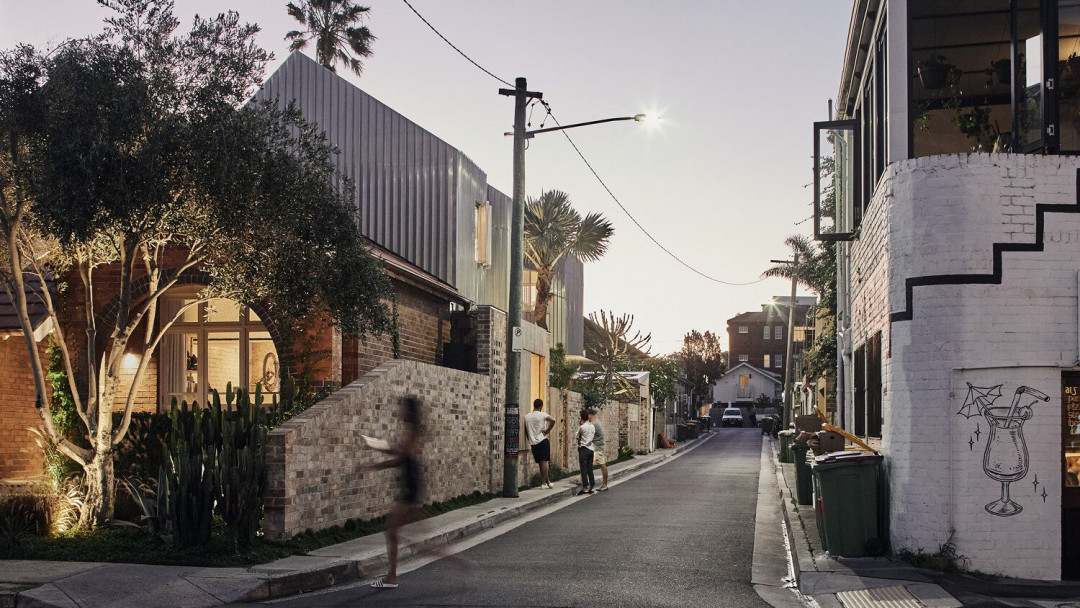 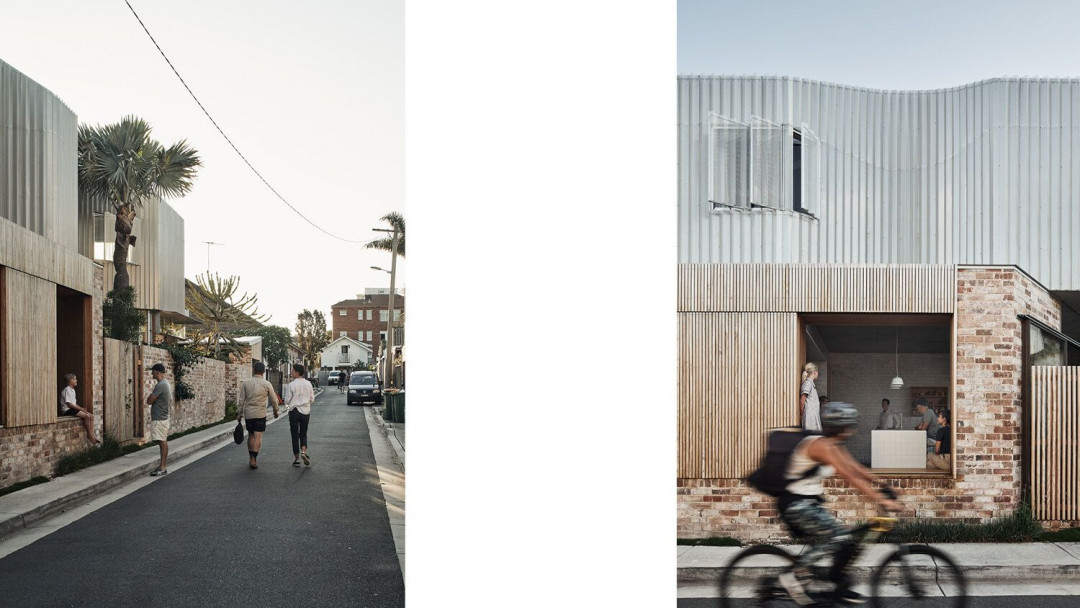 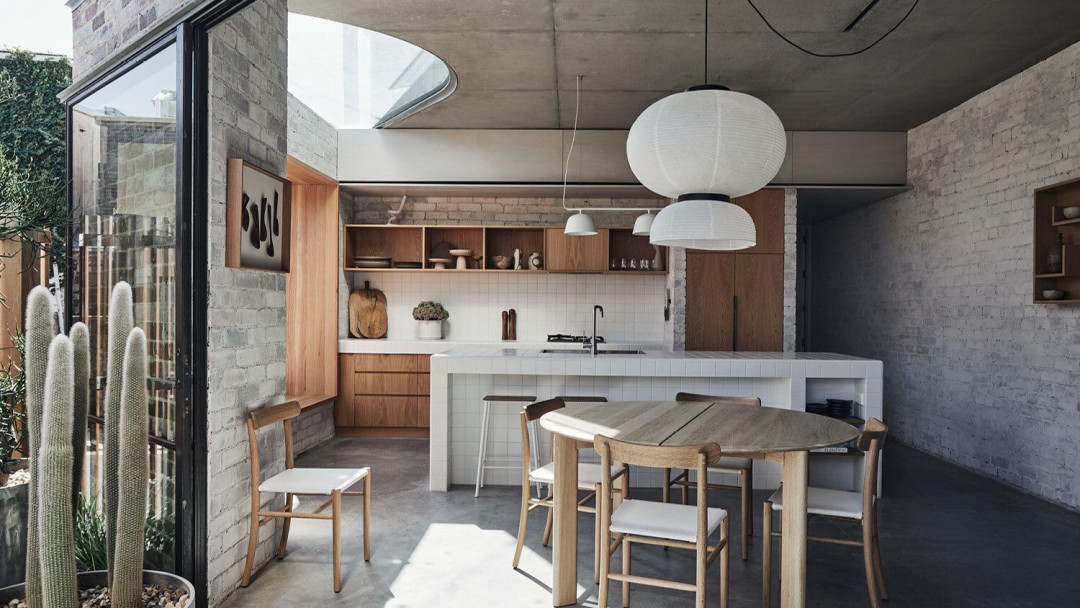 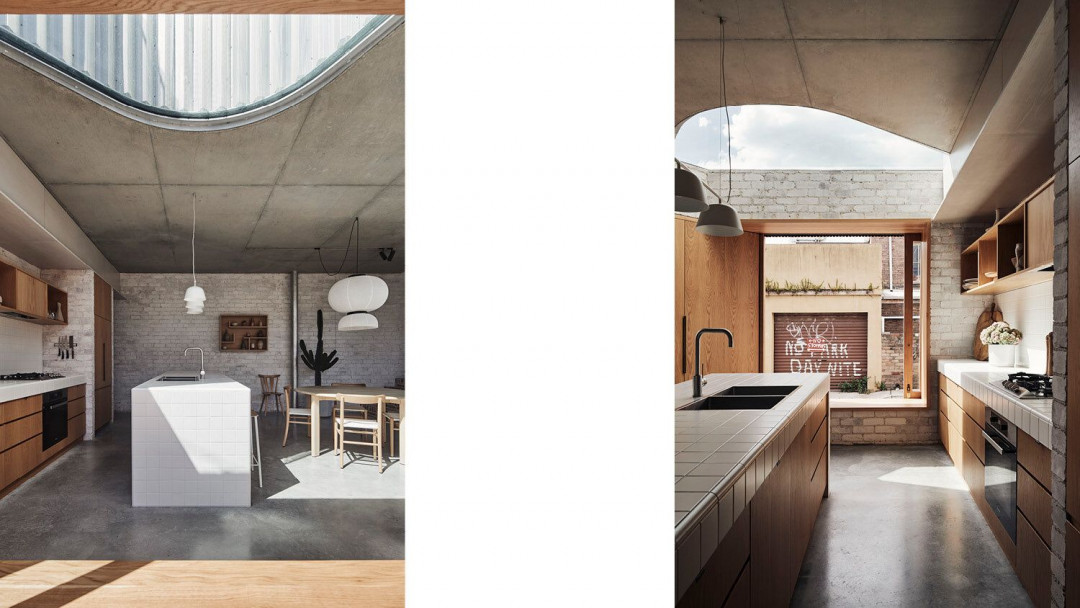 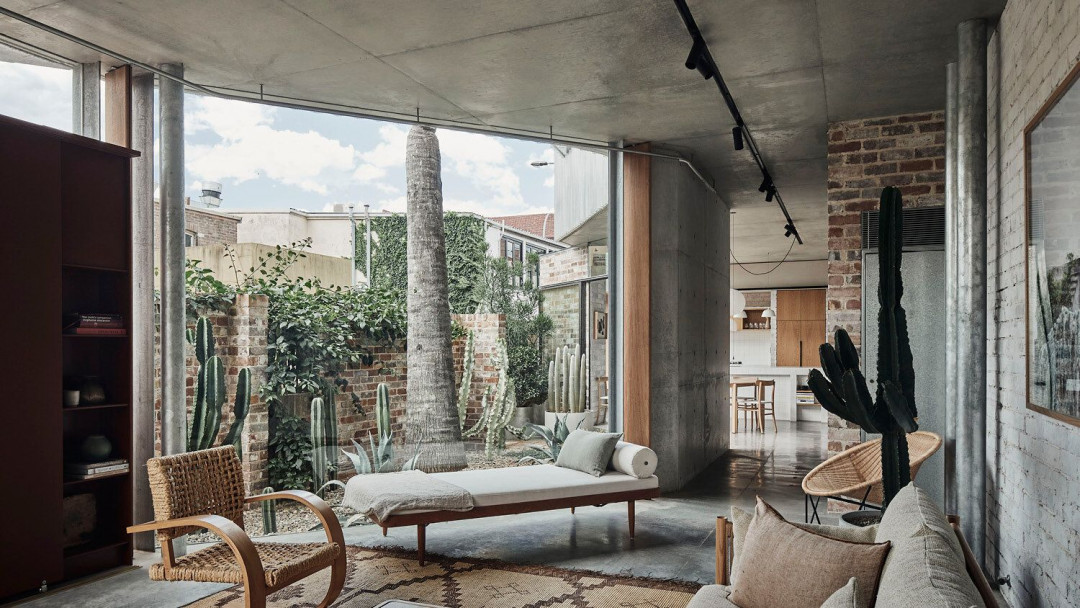 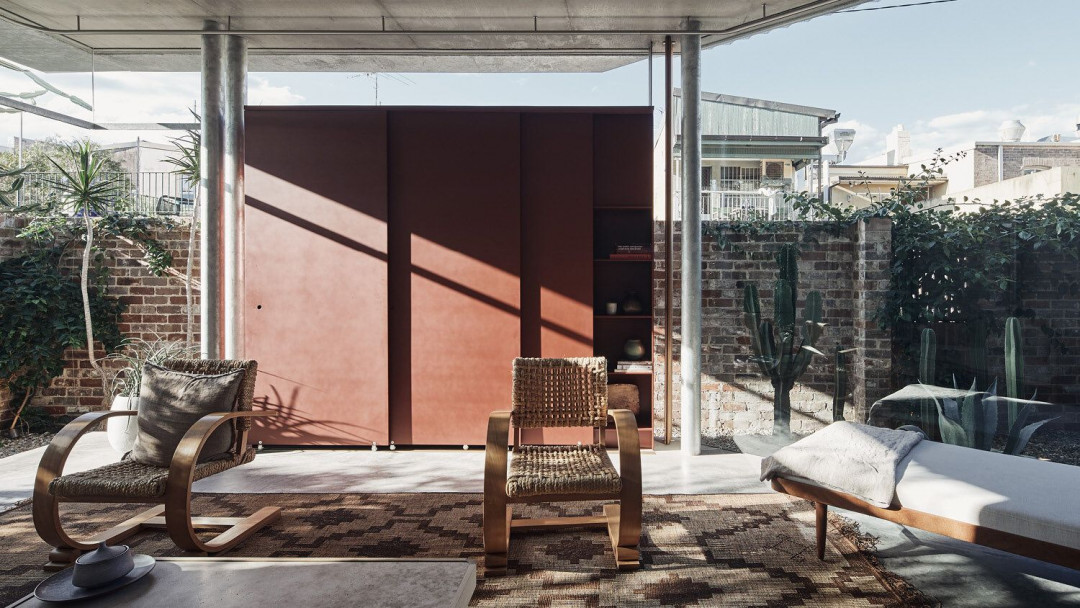 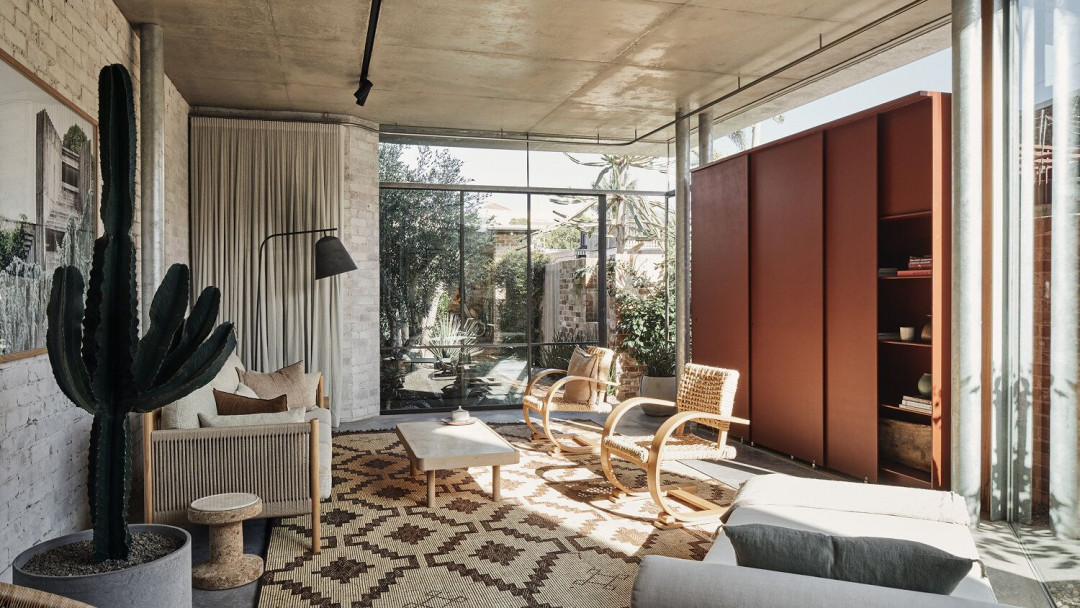 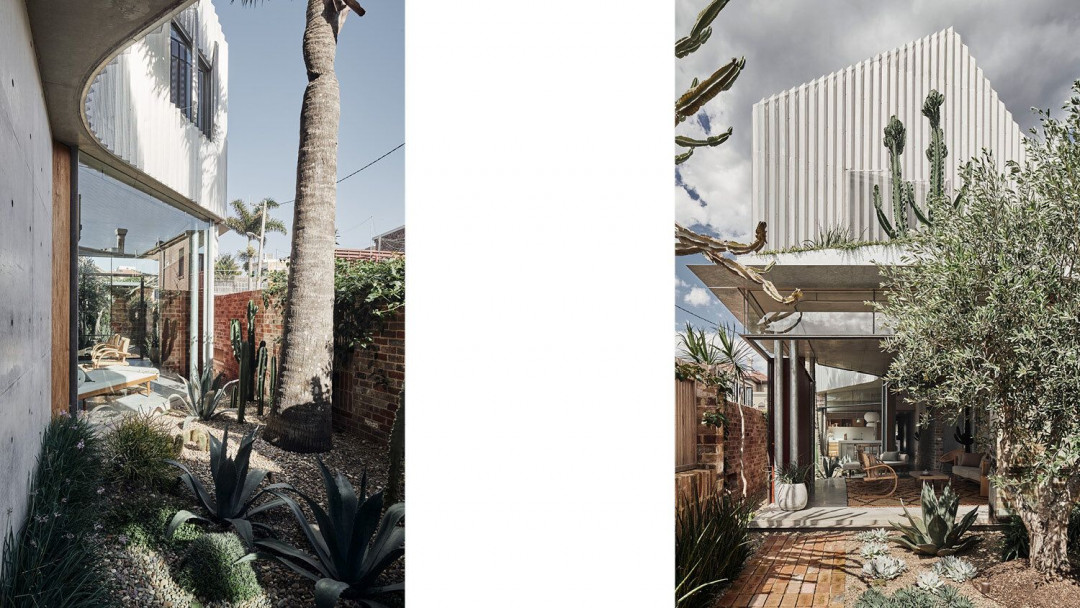 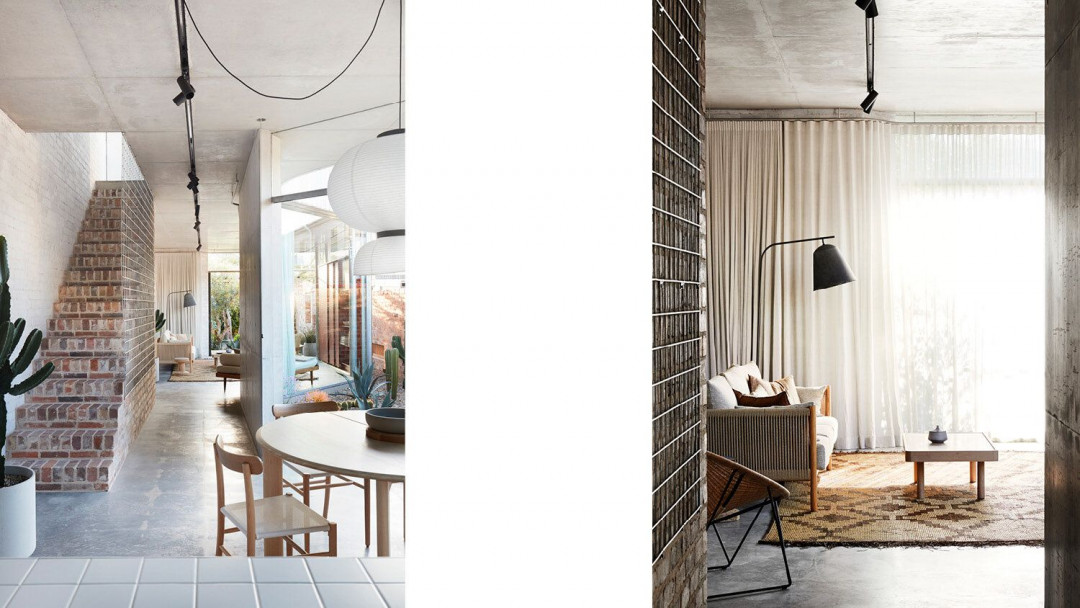 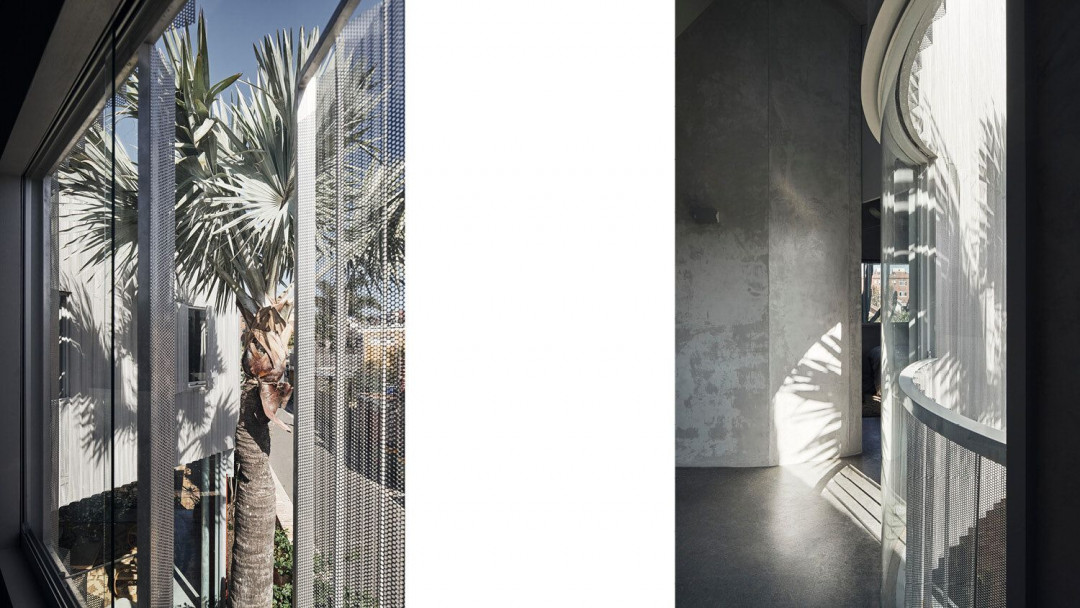 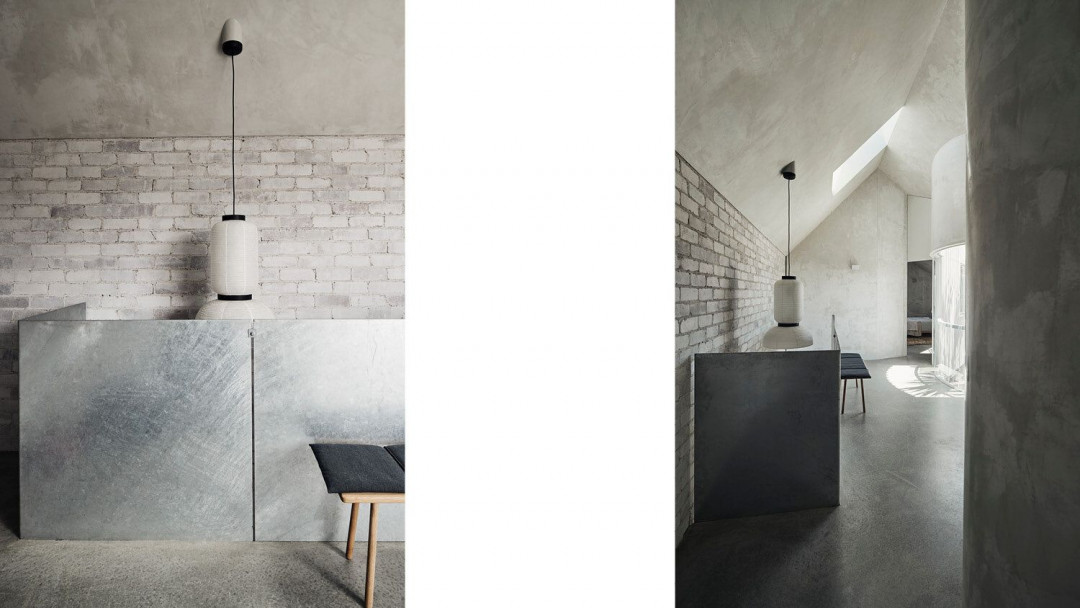 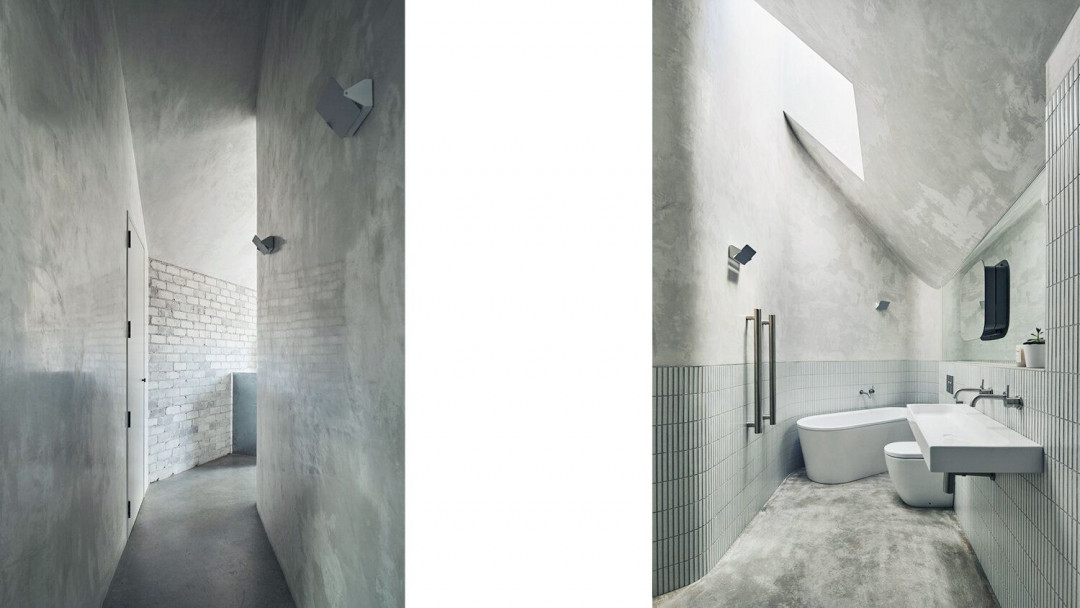 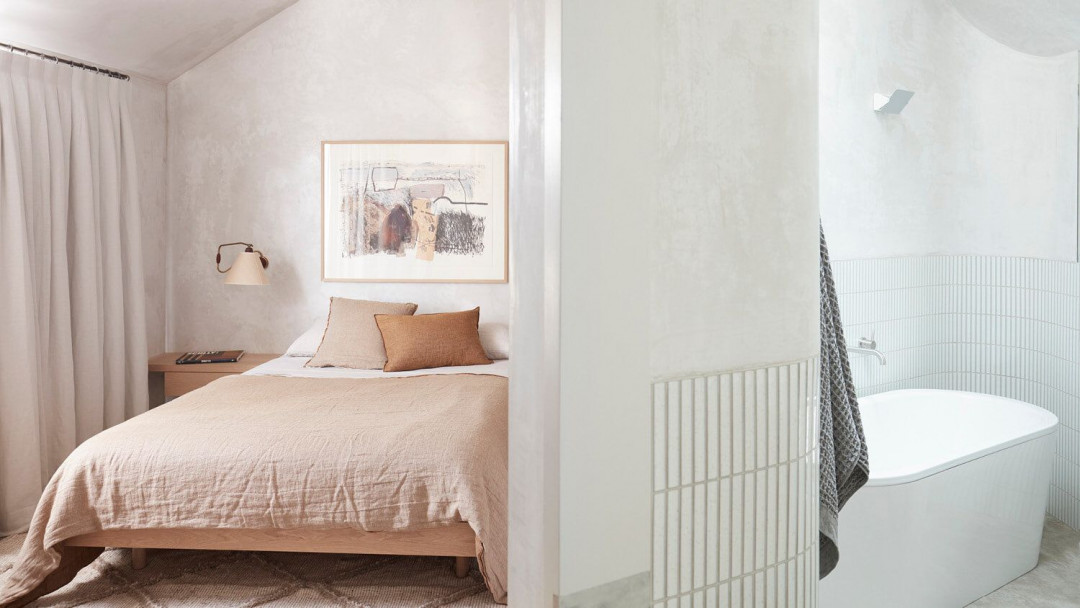 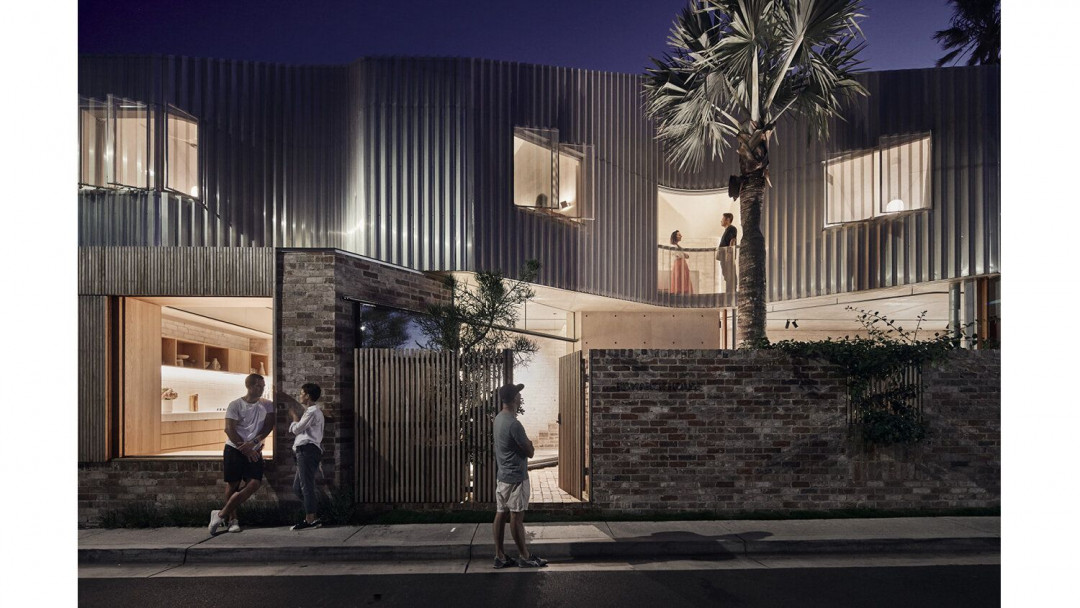 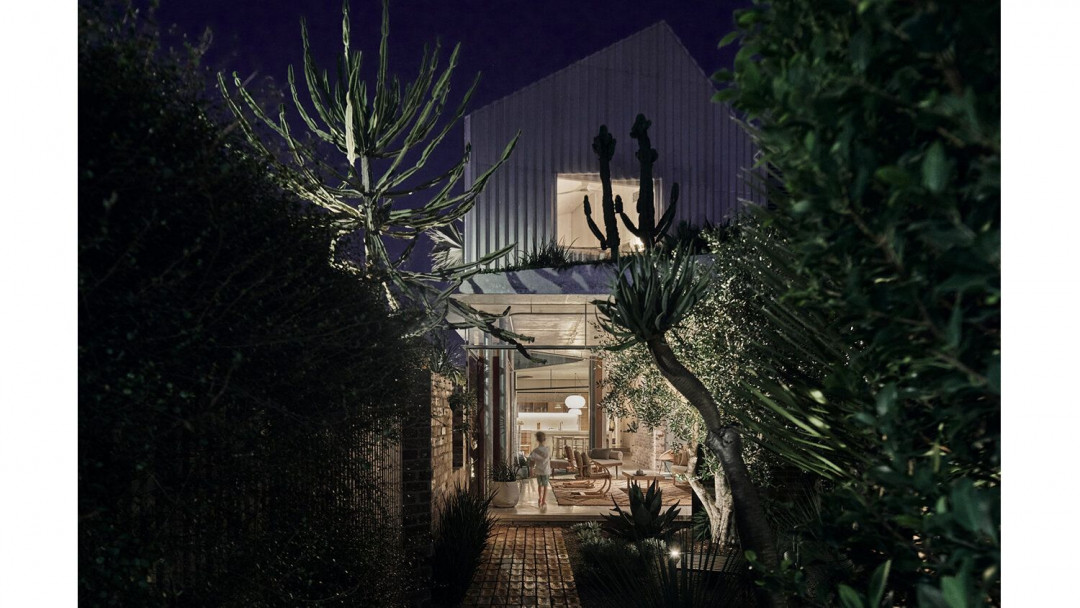 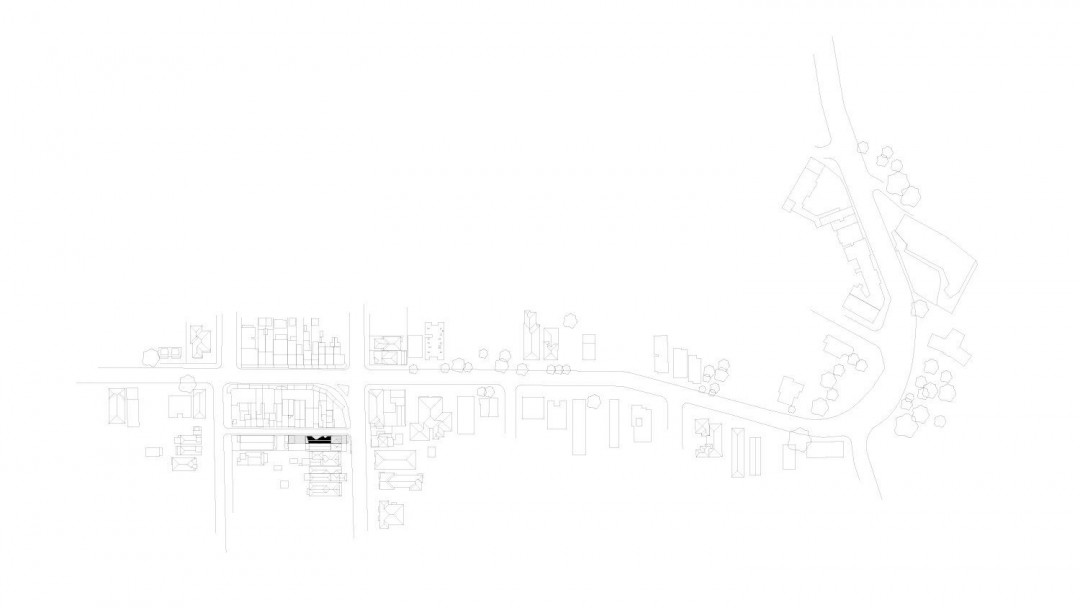 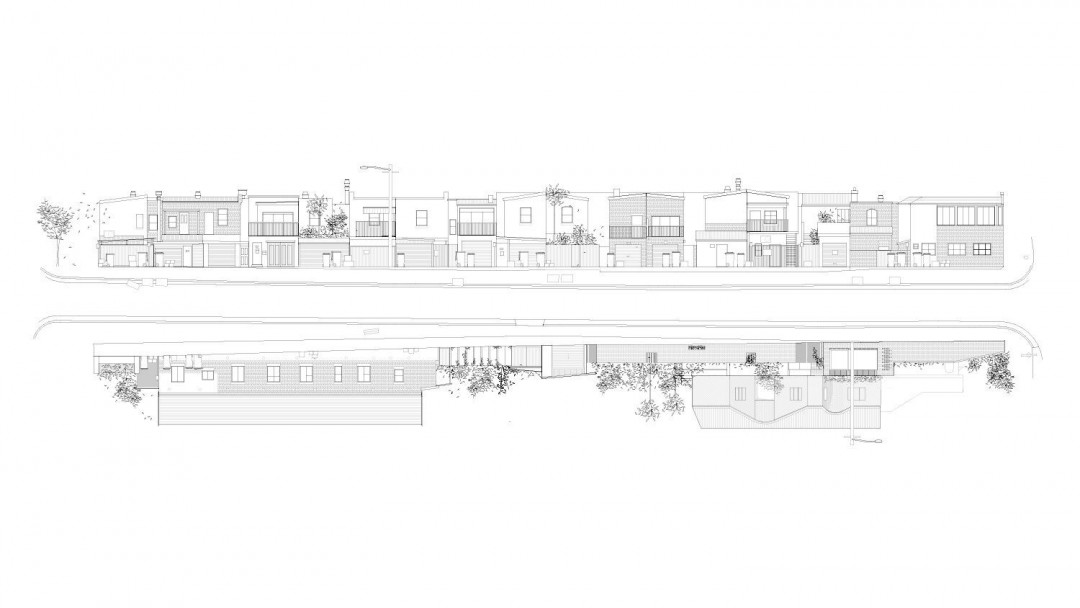 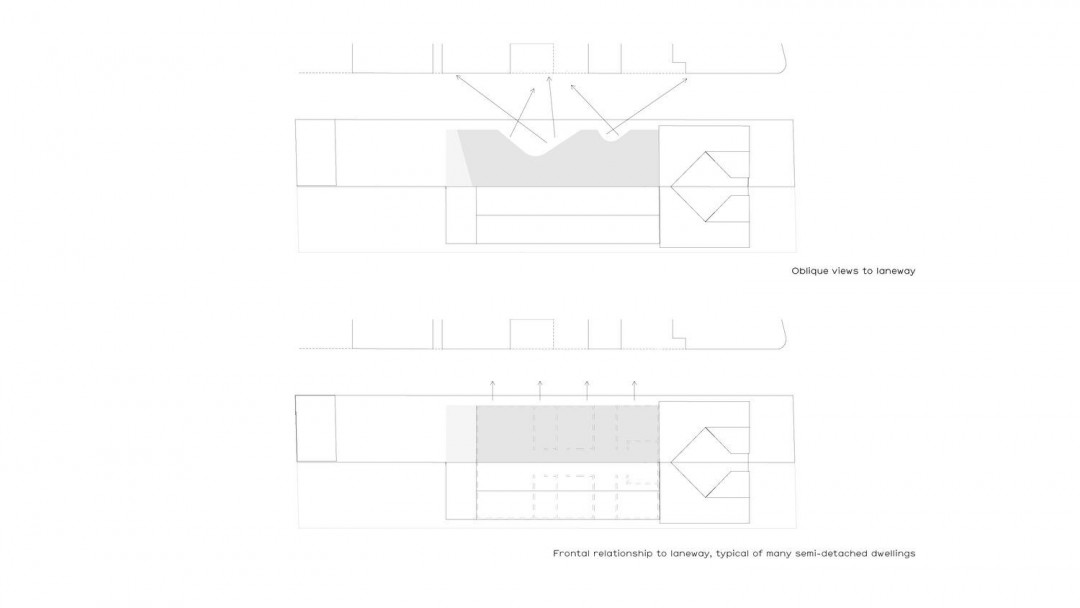 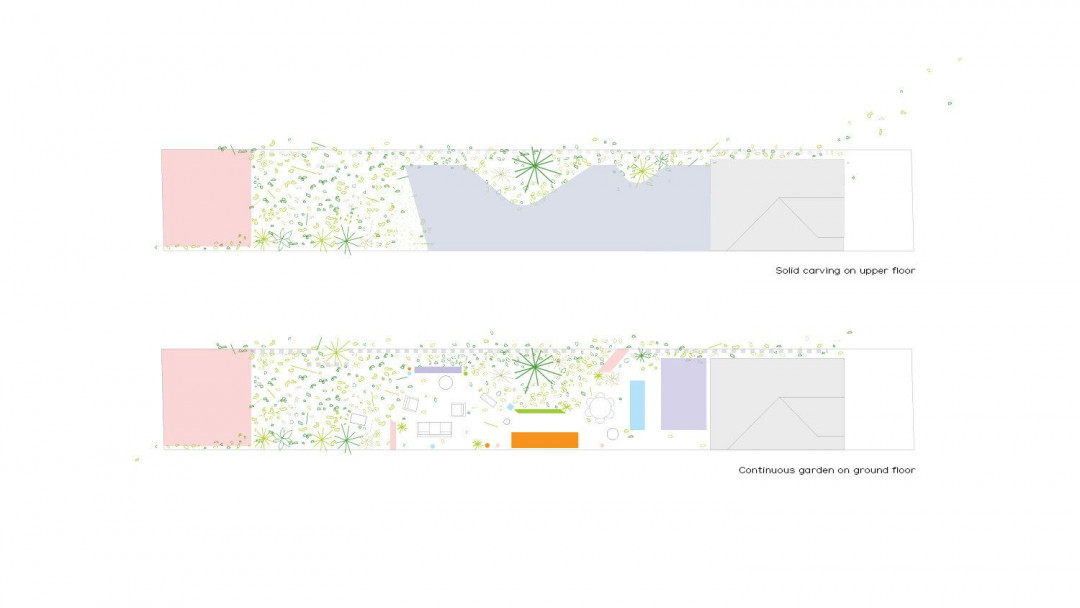 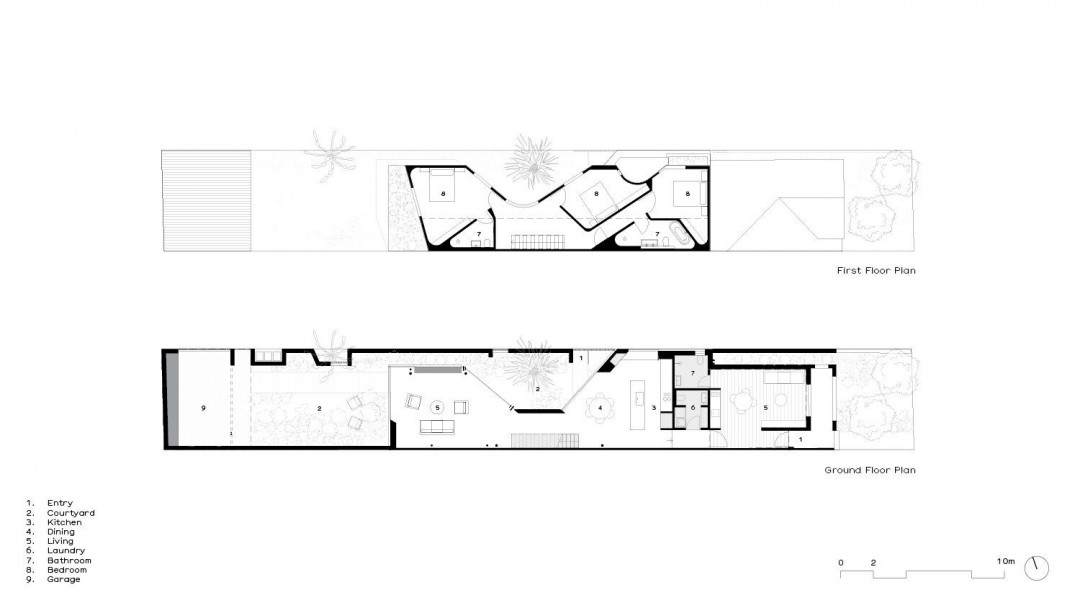 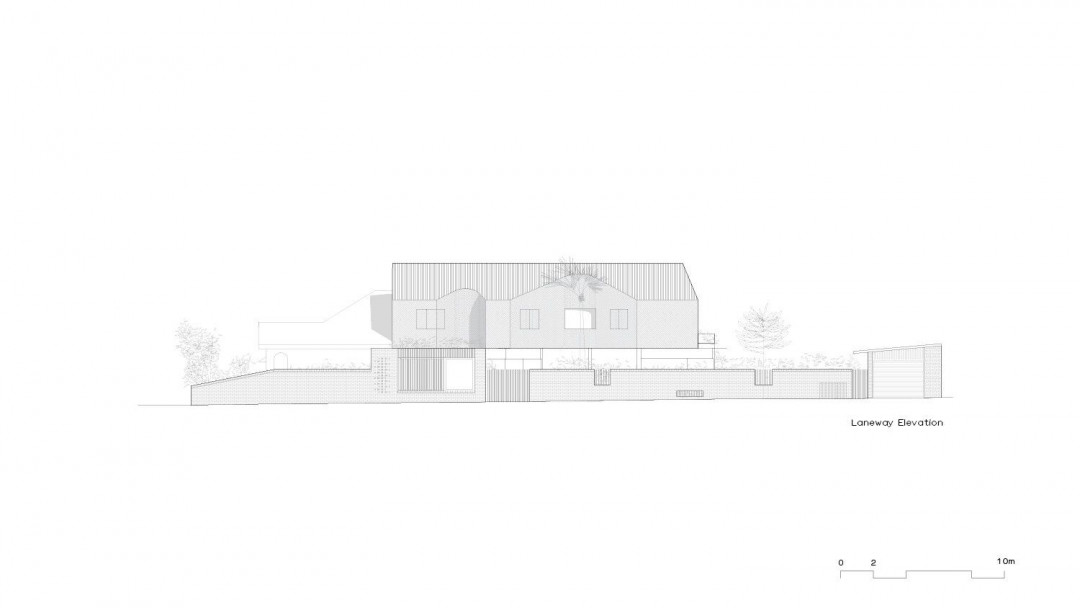 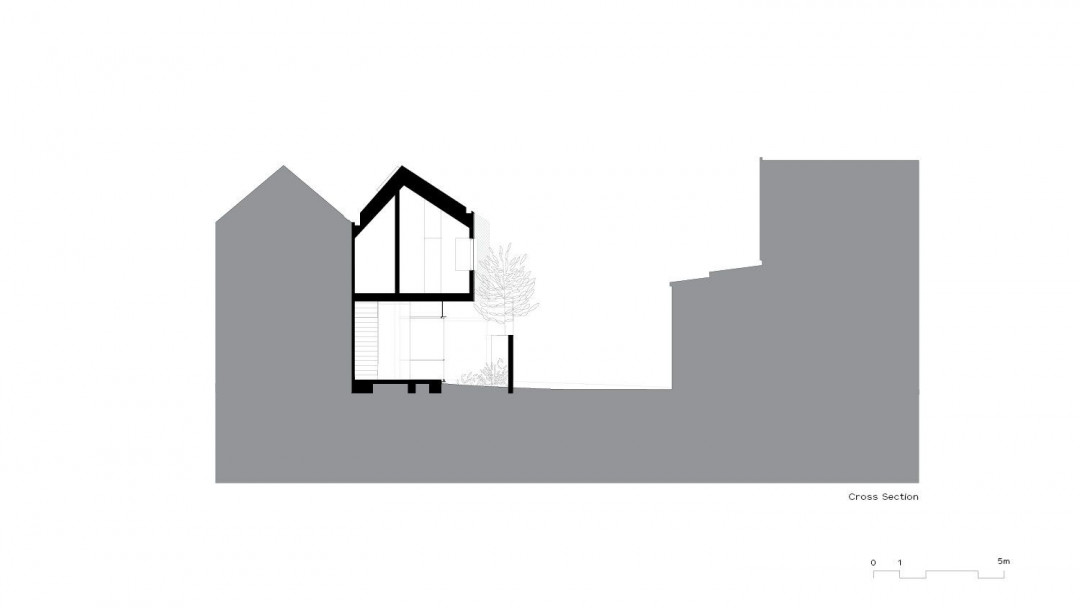 This article originally appeared in aba-architects.com.au

Residential
Bondi
Sydney
Archifynow
blog platform
ArchifyNow is an online design media that focuses on bringing quality updates of architecture and interior design in Indonesia and Asia Pacific. ArchifyNow curates worthwhile design stories that is expected to enrich the practice of design professionals while introducing applicable design tips and ideas to the public.
View Profile
More from archifynow

PROJECT - NEW ZEALAND
8 MONTHS AGO
Crafting luxury through the details
Taking luxury to new heights, The Churchill by Izzard Design embraces the power of small touches and subtle details. From the light fittings to the furniture, nothing has been overlooked when creating this experience. “You want experiences to elevate you to a place of luxury” says Paul Izzard. 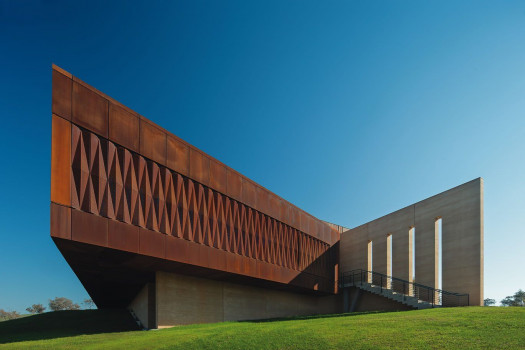 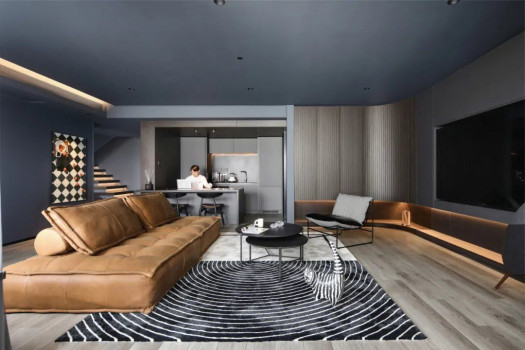 PROJECT - HONGKONG
1 MONTH AGO
Morning has broken
The original case is the furnished house, but the owner is not satisfied at the temperament and pattern of house. There is no making without breaking, so we had a "big operation" on it.