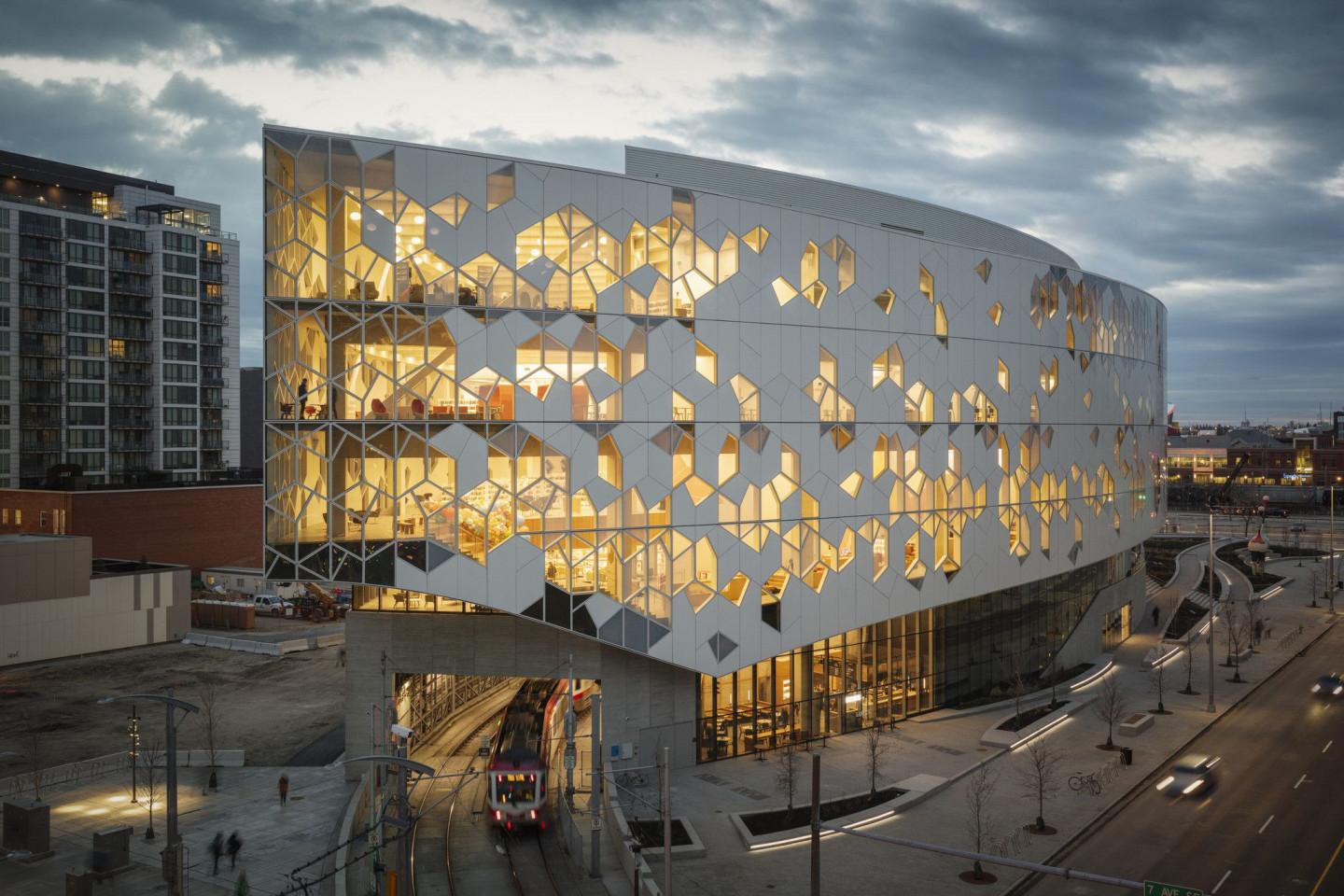 The building is sited within a complex urban condition, where a fully functional Light Rail Transit Line crosses the site from above to below ground on a curved half-moon path, dividing Downtown and East Village. In response, the design lifts the main entry over the encapsulated train line. Gently terraced slopes rise up to the heart of the building, allowing for people arriving from every direction to interact with the library. Doubling as a portal and a bridge, the entry plaza heals the previously-split seam between the two neighbourhoods and re-establishes visual and pedestrian connections across the site. 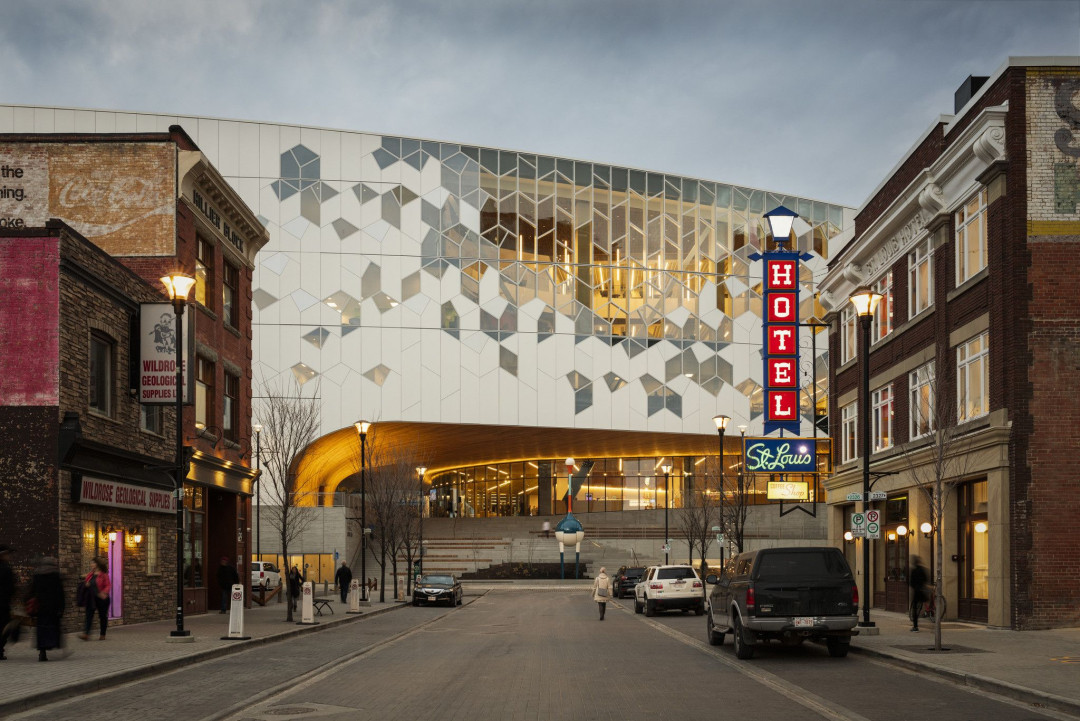 The crystalline geometry of the façade is carved away to reveal an expansive wood archway that embraces visitors as they approach. Framing the entrance of the building, the form references the Chinook cloud arches common to the region. 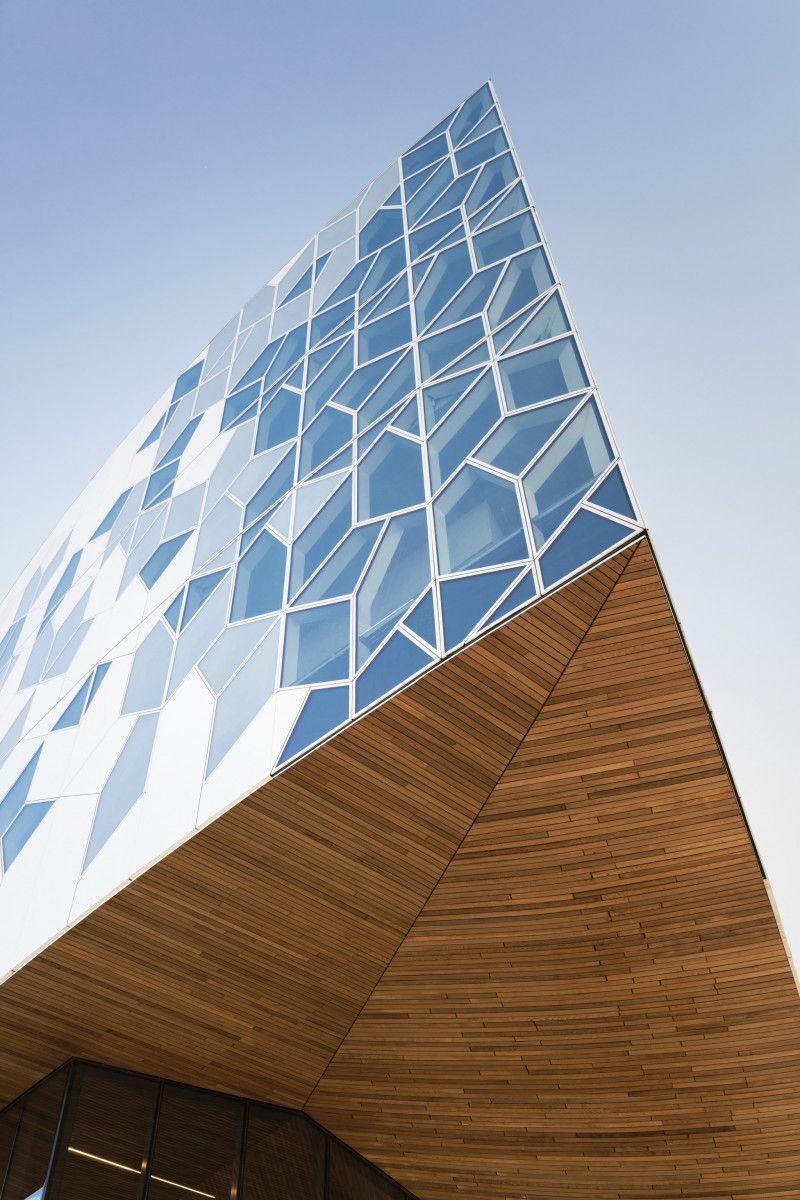 The dynamic, triple-glazed facade is composed of a modular, hexagonal pattern that expresses the library's aims to provide a space that invites in all visitors. Aggregated variations on the hexagon form scatter across the building's curved surface in alternating panels of fritted glass and occasional iridescent aluminum. From these shapes emerge familiar forms: parts of the pattern might resemble an open book, snowflake-like linework, or interlocking houses, anchoring the ideas of the collective and community. 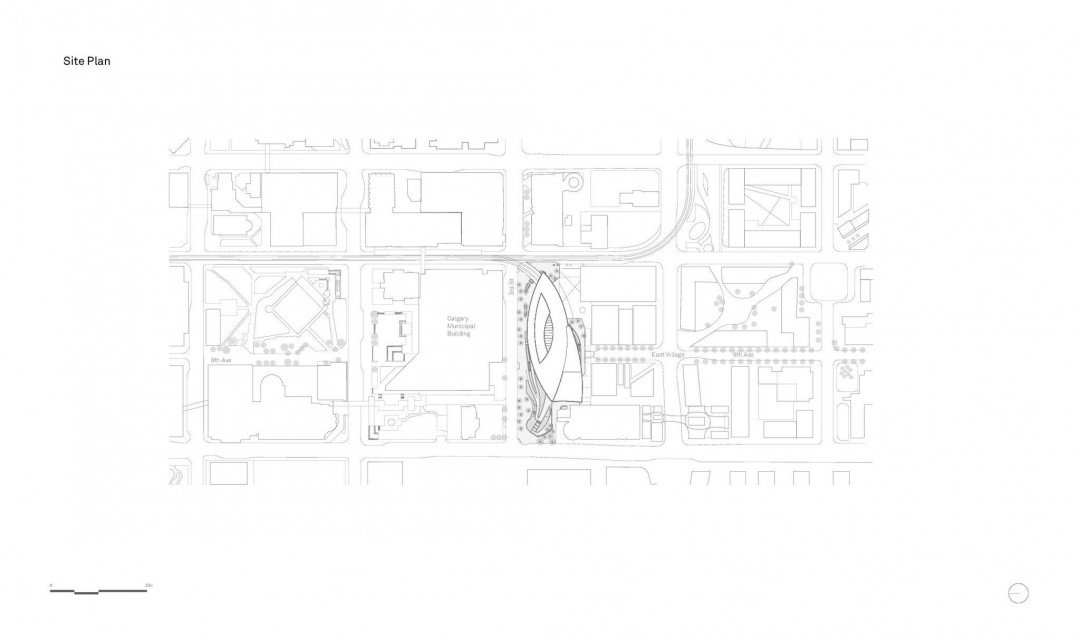 The Calgary Public Library system is actively used by over 670,000 Calgarians (over half of its 1.2M population) and plays a major role in connecting residents from all walks of life. The new Central Library will join Studio Bell, the Arts Commons, and the Glenbow Museum as part of a burgeoning cultural campus in downtown Calgary and East Village. 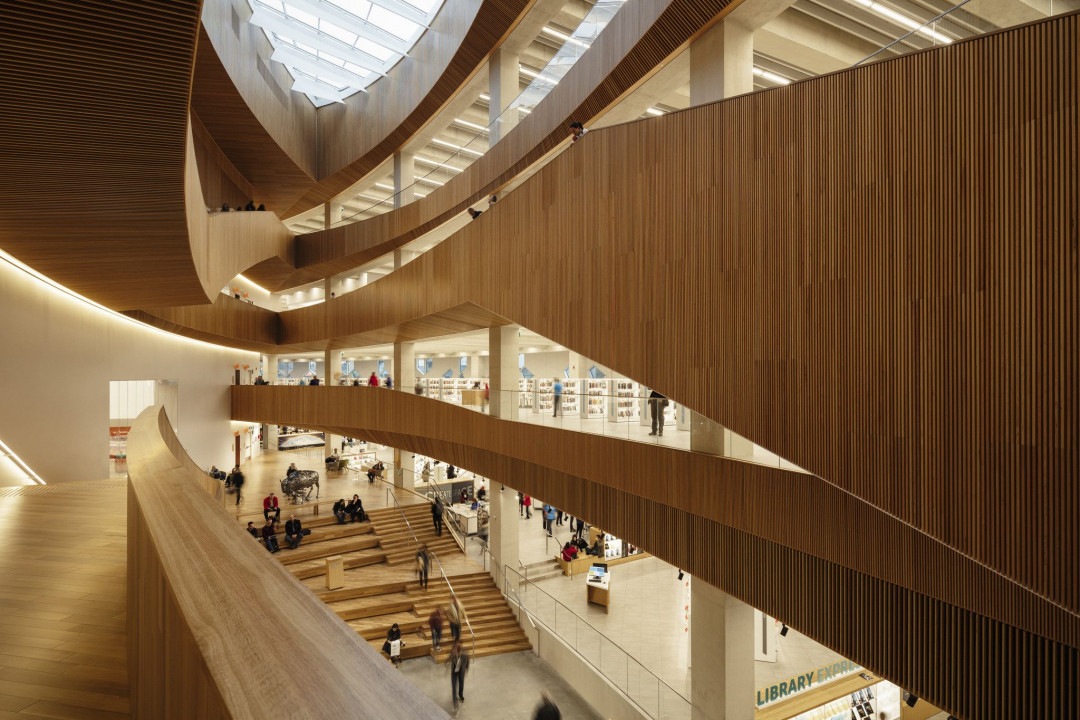 Organized on a spectrum of ‘Fun’ to ‘Serious,’ the library program locates the livelier public activities on the lower floors, gradually transitioning to quieter study areas on the upper levels as one spirals upwards. At the street level, a series of multi-purpose rooms line the perimeter of the building, enhancing the connectivity between inside and outside.

Throughout the four floors, a variety of spaces provide for digital, analog, group, and individual interactions. 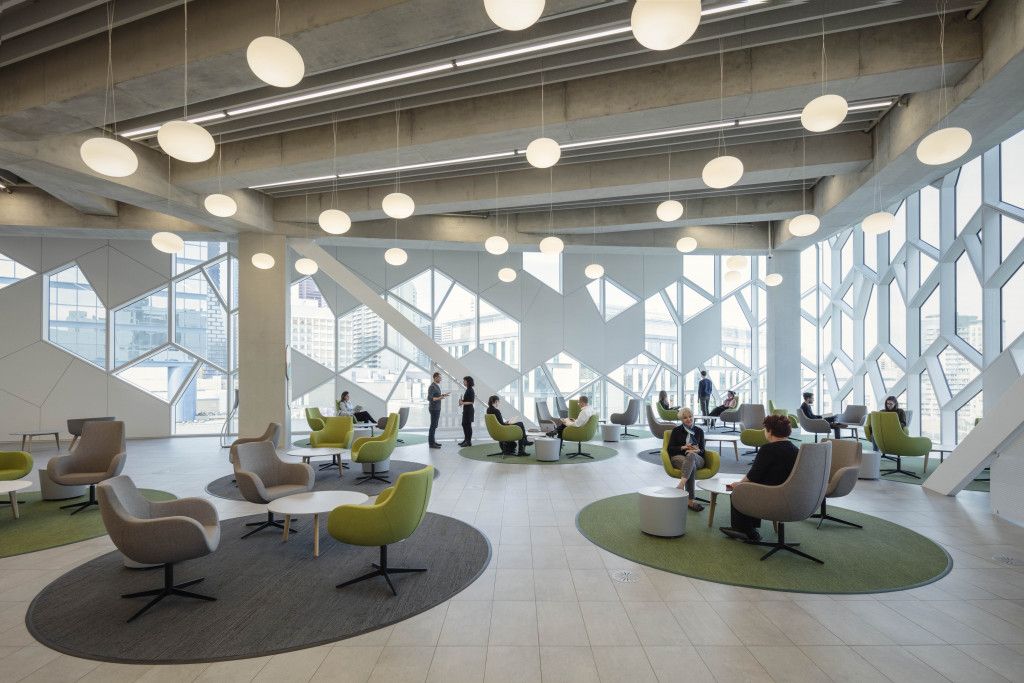 Arriving at the northernmost point of the library, one finds oneself at the Living Room, overlooking the train line and the meeting point of the two neighborhoods. 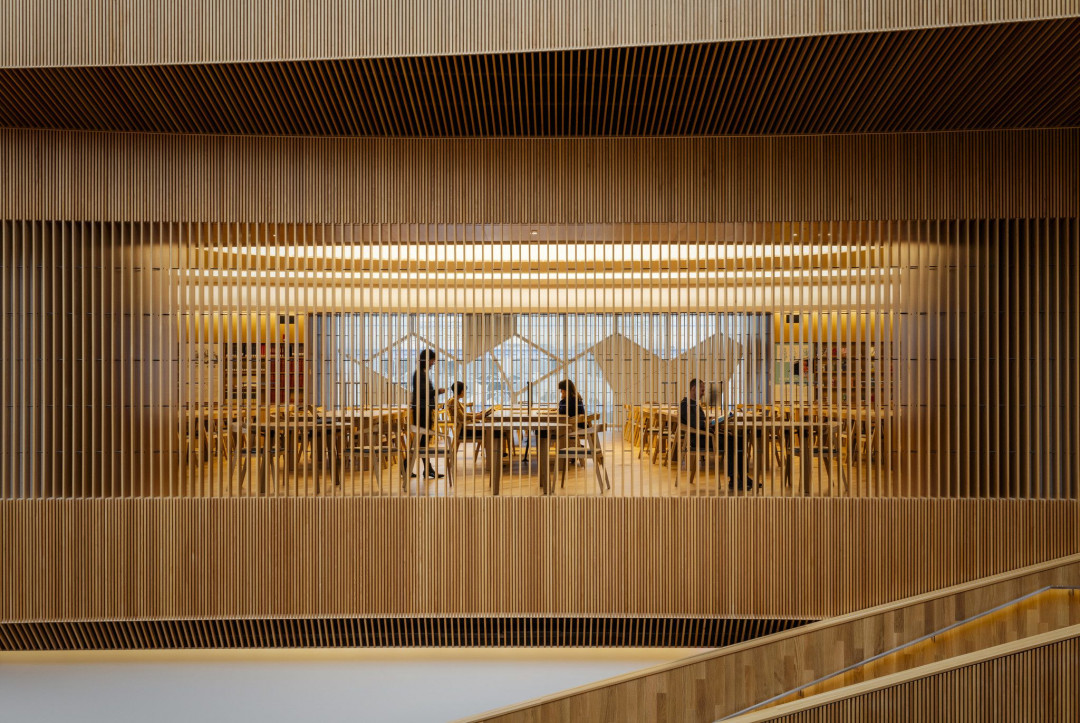 At the uppermost level of the library is the Great Reading Room, conceived as a jewel box tucked within the library, which provides a space for focused study and inspiration. Readers enter through a transitional space with softened light and acoustics. Within, vertical wood slats line the space to provide both privacy and visibility, defining an interior space without using solid walls. 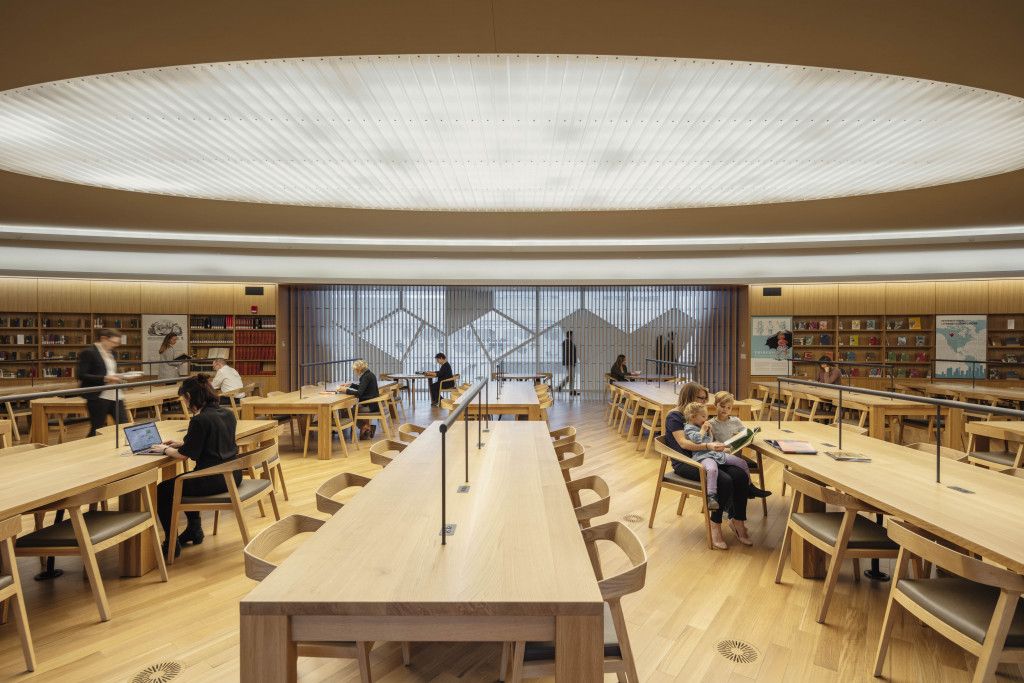 Natural light illuminates the Main Reading Room through the wood slats creating glancing sightlines between the atrium and western façade. 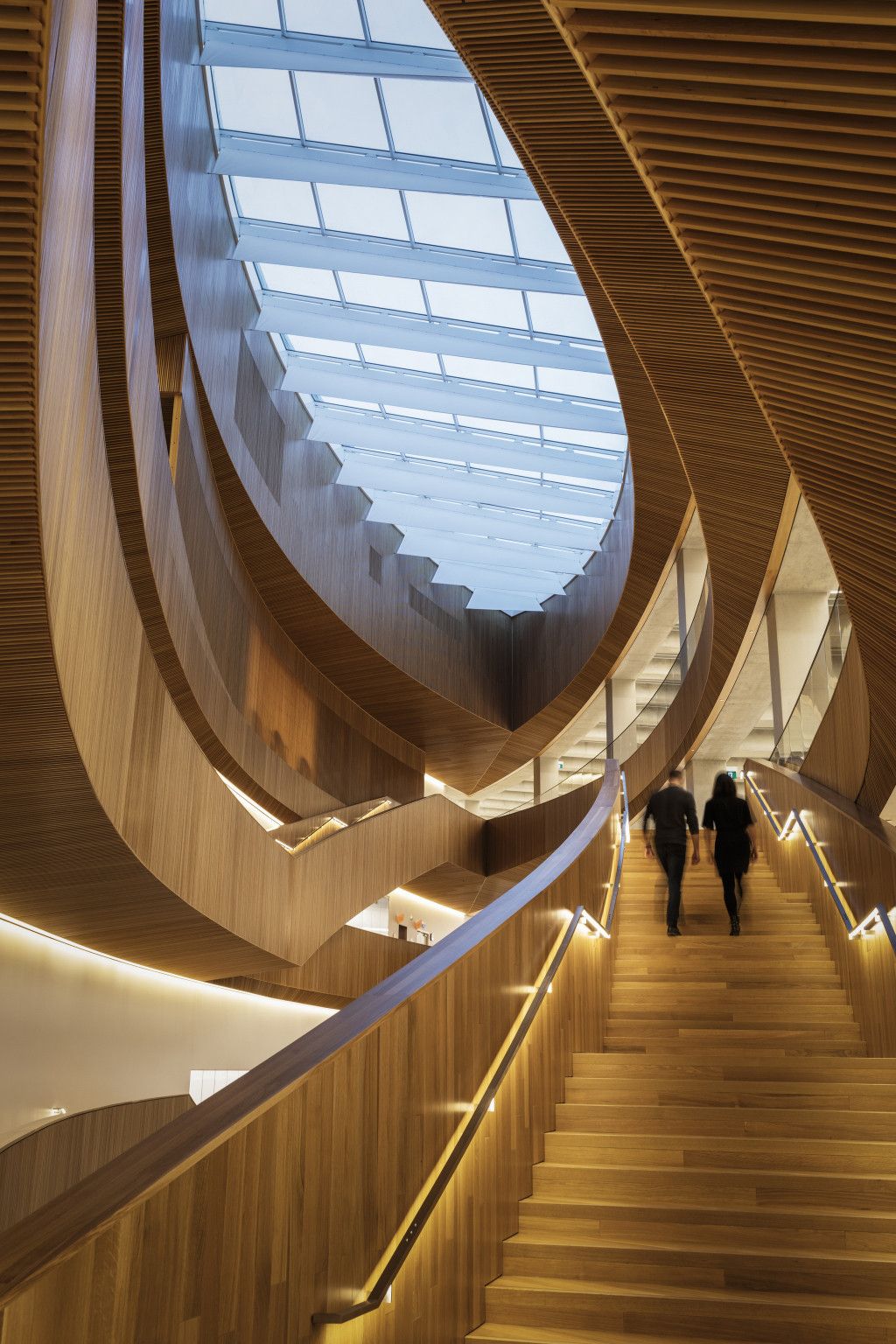 Wood slats line the perimeter of the open atrium, shaped in plan like a pointed ellipse, serving as an orientation device for people to quickly grasp the circulation and organizational logic of the library. 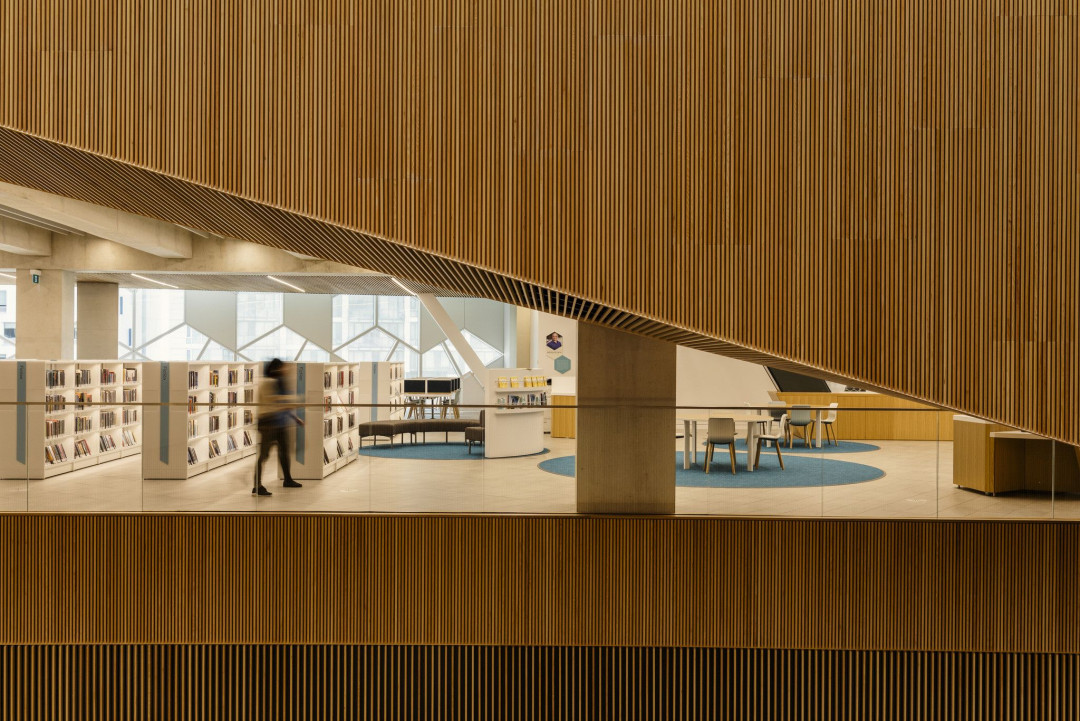 This article was first published on snohetta.com

Canada
Library
Facade
Public spaces
Archifynow
blog platform
ArchifyNow is an online design media that focuses on bringing quality updates of architecture and interior design in Indonesia and Asia Pacific. ArchifyNow curates worthwhile design stories that is expected to enrich the practice of design professionals while introducing applicable design tips and ideas to the public.
View Profile
More from archifynow 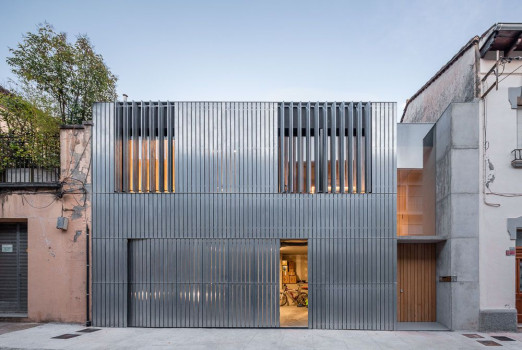 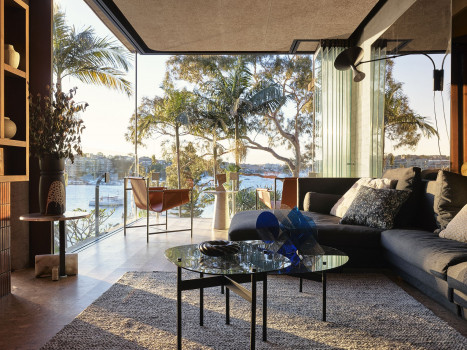 PROJECT - AUSTRALIA
7 MONTHS AGO
SRG House
A 1970s heritage semi is reinvented with a sweeping restoration that celebrates its original character, and streamlines it for the future as a multi-generational home. 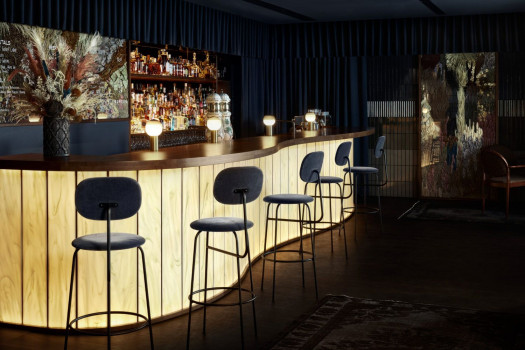