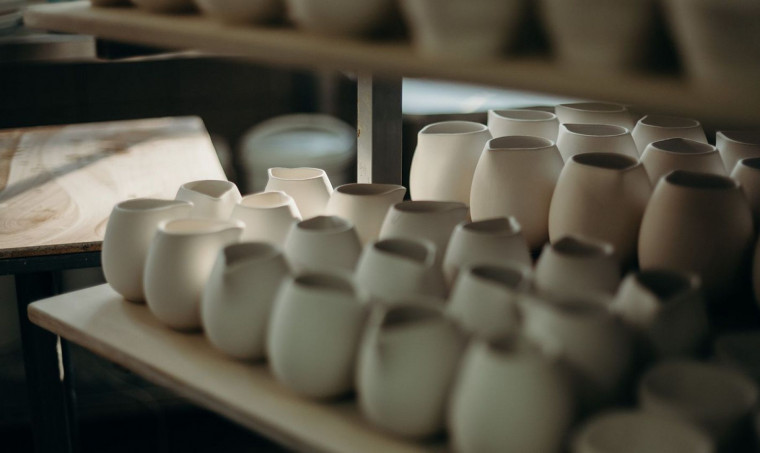 Kaolin, also called china clay, kaolinite, soft white clay that is an essential ingredient in the manufacture of bone china and porcelain and is widely used

Kaolin, also called china clay, kaolinite, soft white clay that is an essential ingredient in the manufacture of bone china and porcelain and is widely used in the making of paper, rubber, paint, and many other products.

The name “kaolin” is derived from “Gaoling” (Chinese: 高嶺; pinyin: Gāolǐng; lit.: ‘High Ridge’), a Chinese village near Jingdezhen in southeastern China’s Jiangxi Province. The name entered English in 1727 from the French version of the word: kaolin, following François Xavier d’Entrecolles’s reports on the making of Jingdezhen porcelain. The formula of using kaolin was kept as a trade secret of making bone china for centuries.

The unique chemical properties of Kaolin haven given its magic use in the porcelain industry, where its high fusion temperature and white burning characteristics make it particularly suitable for the manufacture of whiteware (china), porcelain. Making precious pieces such as bone china that has been defined as “ware with a translucent body”. Bone china is the strongest of the porcelain or china ceramics, having very high mechanical and physical strength and chip resistance, and is known for its high levels of whiteness and translucency. Its high strength allows it to be produced in thinner cross-sections than other types of porcelain.

The absence of any iron, alkalies, or alkaline earth in the molecular structure of kaolinite confers upon it these desirable ceramic properties. In the manufacture of whiteware, the kaolin is usually mixed with approximately equal amounts of silica and feldspar and a somewhat smaller amount of a plastic light-burning clay known as ball clay. These components are necessary to obtain the proper properties of plasticity, shrinkage, vitrification, etc., remain stable for forming and firing the ware in 1200 degree.

Kaolin is still considered as one of the best clays in making porcelain. It’s also been widely used in the papermaking industry. It is frequently used in adhesives for the paper to control the penetration into the paper where its very fine particle size, whiteness, chemical inertness, and absorption properties give it particular value.

Kaolin
china clay
porcelain industry
Archifynow
blog platform
ArchifyNow is an online design media that focuses on bringing quality updates of architecture and interior design in Indonesia and Asia Pacific. ArchifyNow curates worthwhiles design stories that is expected to enrich the practice of design professionals while introducing applicable design tips and ideas to the public.
View Profile
More from archifynow 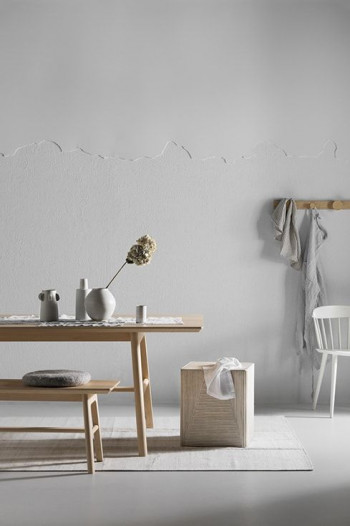 TIPS & IDEAS - AUSTRALIA
1 YEAR AGO
THE ‘LESS IS MORE’ APPROACH TO INTERIOR COLOUR SCHEMES
With the arrival of our latest colour collection, The Colour Library Volume 12 - Flow, Haymes introduces the Deep Calm palette. We’ve all heard the saying that ‘less is more’, and with minimalism now more popular than ever, this monochrome palette offers an approach to design that embraces only the essentials. Or in the words of Marie Kondo, “sparks joy”. 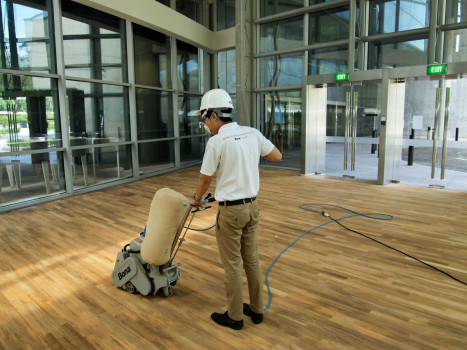 TIPS & IDEAS - AUSTRALIA
2 YEARS AGO
Wood Flooring Maintenance and Care
Calvary Carpentry in Singapore goes through some tips to maintain and care for wooden flooring.

TIPS & IDEAS - AUSTRALIA
11 MONTHS AGO
Five Reasons Why You Should Consider a Flat Roof House Design
When it comes to designing a visually stunning house, do you really need a practical reason to do anything? However, when your design is cost effective, eco-friendly, durable, easy to maintain AND looks great, it can turn a good project into a spectacular one. Flat roof houses are increasing in popularity for those reasons.