Bolthole by the lake 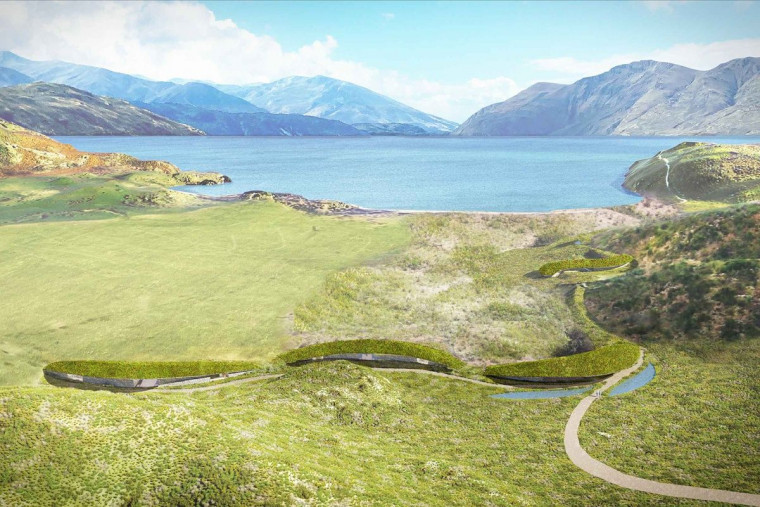 Billionaire venture capitalist Peter Thiel has commissioned internationally renowned architects Kengo Kuma and Associates for the design of his controversial lakefront hideout in Wānaka. Choosing Kengo Kuma – a practice renowned for its careful consideration of context and materiality – seems surprising. Kuma’s modest design ethos appears in jarring contrast to Thiel’s libertarian-infused, futurist fantasies. Yet, the move to acquire a starchitect of such calibre for the project mimics the velvet glove, iron fist tactics previously used by Thiel to gain citizenship downunder in 2011. Though the commissioning of Kengo Kuma and Associates doesn’t quite have the tang of the Bolsonaro–Bjarke Ingels saga, it still exudes a complex mix of arrogance, sincerity and naivety.

Misconceptions about Aotearoa’s comparative isolation from the rest of the globe continue to be propagated both locally and abroad. Like all good myths, this narrative contains a bizarre combination of quirky protagonists and is set to an idyllic backdrop – a setting that provides the nation with a childlike sense of security in times of global fragmentation. This myth of isolation sells well in the marketplace of ideas and has attracted a number of high-profile individuals to the shores of ‘the playground of the Pacific’. 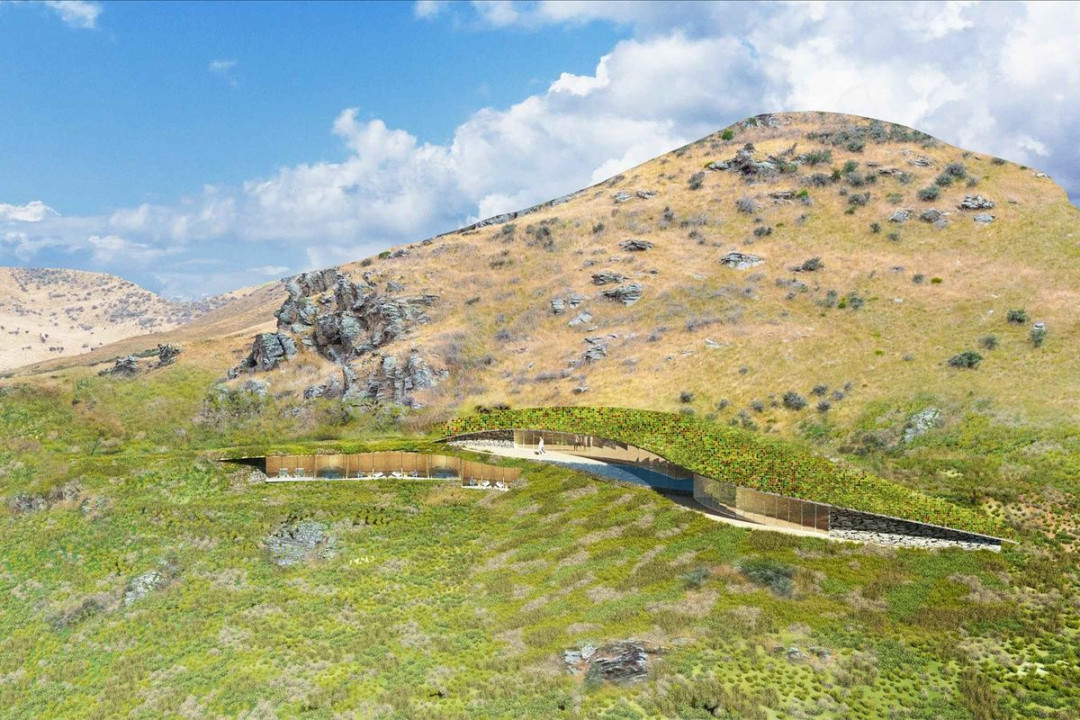 Thiel purchased the 193-hectares of lakefront land at Damper Bay, near Wānaka, in 2015. Speculation around Thiel’s intentions downunder reached their peak at the start of the Covid-19 outbreak in 2020, with many left wondering what the billionaire prepper planned to do with the site. However, conjecture around the building of bunkers dwindled after reports surfaced that Thiel was choosing to wait out the pandemic in his oceanfront home in Maui.

Until, that is, in late August, when Thiel’s company Second Star Limited submitted an application for resource consent that has since been publicly notified by the Queenstown Lakes District Council. While the concept drawings in the application, as notified, are by Kengo Kuma and Associates, it appears that local landscape architecture firm Rough and Milne will act as the project liaison on the ground. The project is composed of a series of stand-alone buildings that appear to seductively hunker down into the polarising landscape. Like most swathes of farmland in Aotearoa, the Damper Bay site is subject to the usual fragmentation and disorientation that comes hand in hand with the colonial project. The proposal has been instantaneously opposed by local gatekeepers, the Upper Clutha Environment Society, whose founder doused attempts by previous owners to build on the Damper Bay site. The Society claims that locals visiting these “highly frequented public locations will be assailed by a large number of buildings spread laterally across the subject site.” Here, we find local nimbyism masquerading as eco-conscious stewardship; while sovereign seclusion attempts to camouflage itself as humble idealism. 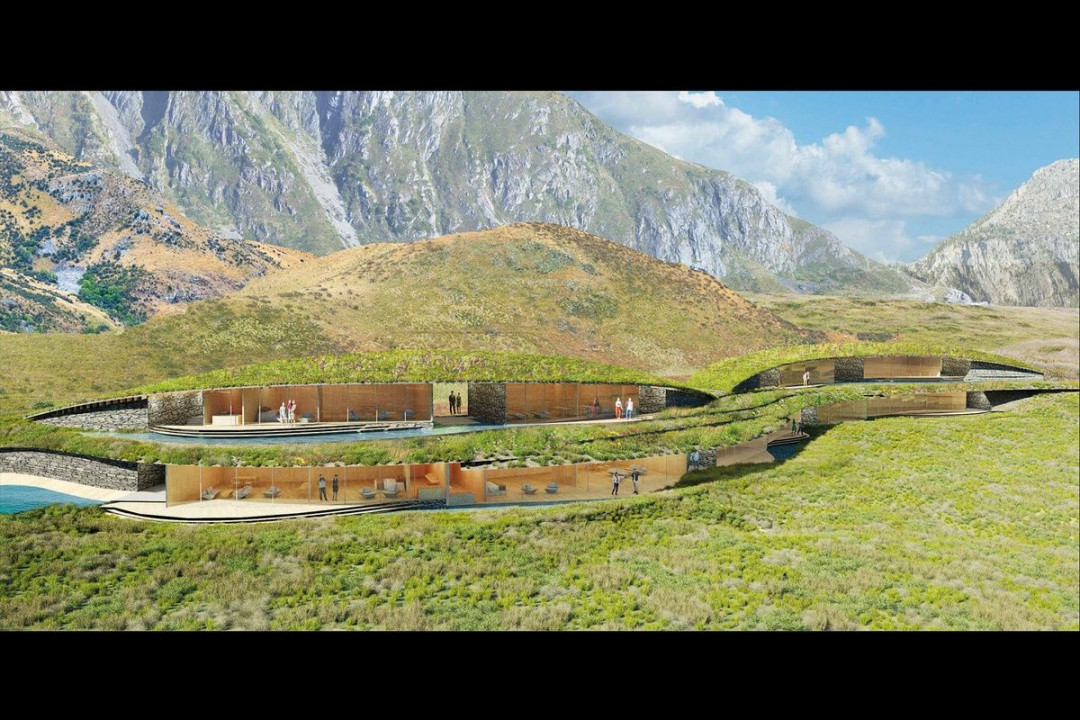 On a lighter note, one group has had an unrestrained influence on the project. Any self-respecting Kiwi will be quick to point out the project’s affinity with the meadow-like mounds of Hobbiton. Like the popular Matamata tourist attraction, the proposal is composed of a series of unique pods that blend into “hummocky hill landforms”. Split across two levels, the primary lodge houses four Guest Pods and is fitted out with all the luxuries required to wait out the collapse of the welfare state. The lodge itself can accommodate up to 24 guests, while the Owner’s Pod – proposed to the north of the lodge buildings – provides asylum for six. The relatively small Meditation Pod sits closest to the lake’s edge, inside a small gully on the north-eastern section of the site. All pods are subject to a similar formal treatment: gaussian curvature fit with a green roof to boot.

“In a hole in the ground there lived a hobbit. Not a nasty, dirty, wet hole, filled with the ends of worms and an oozy smell, nor yet a dry, bare, sandy hole with nothing in it to sit down on or to eat: it was a hobbit-hole, and that means comfort.” (J.R.R.Tolkien - The Hobbit).

Kuma’s concept – and, by proxy, Rough and Milne’s – for Thiel’s burrow has a lot in common with a variety of contemporary buildings in Aotearoa. The project strives to achieve topographical integration with an “organic architecture that fuses into the landscape and respects indigenous nature”. Much like Architecture Workshop’s Lindis Lodge, the design undulates both horizontally and vertically, in an attempt to engage in a symbiotic relationship with the site’s picturesque views – the same views used to continue to promote Aotearoa’s ‘purity’ to the world. The effusive descriptions of the project’s relationship with the site and surrounding landscape are routine in architectural discourse in Aotearoa. The trope of an architecture that blends in with its surrounding landscape is also a common theme in Kuma’s work and is something for which the principal and his global practice of 200 are often highly praised. 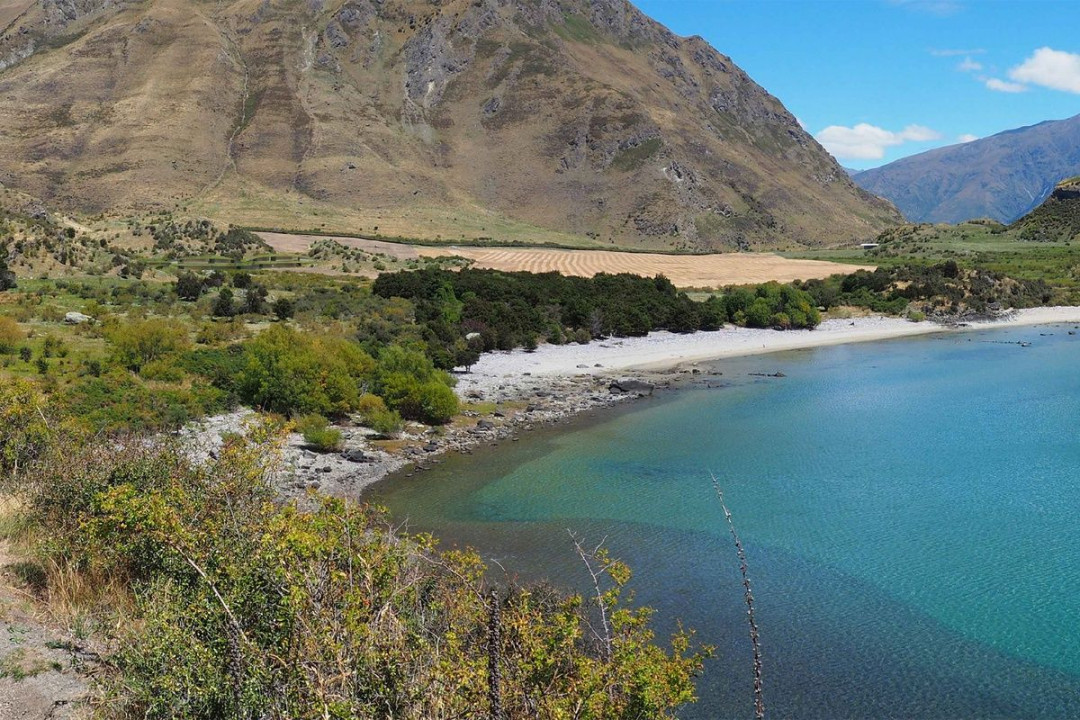 And, yet, this supposedly “organic architecture” is not perceived as a real ‘nature’ by those on the other side of the fence. The Upper Clutha Environment Society has said: “The development is likely to cause significant adverse physical changes to the appearance of the natural landscape when viewed from public places in the vicinity.” Here, the age-old narrative of an external ‘nature’ is weaponised by both local community lobby groups and the architect and their representatives. All the while, the ongoing quest for ecological interrelationship is further muddied by the ideologies of a client who unapologetically sees himself as an autonomous individual capable of bending nature to his will. In his citizenship application, Thiel stated that he’d found “no other country that aligns more with my view of the future than New Zealand.”

Ultimately, this continued pursuit for a self-contained community – whether that be a bolthole in Wānaka or a batch on Barrier – perpetuates mythical tropes of nationhood that continue to limit Aotearoa’s ability to respond to the challenges of the present. It would appear that it is not only architecture that needs to reframe its fetishisation of the landscape but society as a whole. We must collectively strive for a form of mutual interdependence. One that enables us to critique and alter the spaces in which we are embedded and which are, in turn, embedded in us.

The opinions expressed in this article are those of the author and do not necessarily reflect the opinions of AGM or its editors. 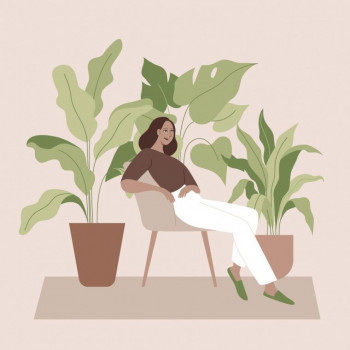 TIPS & IDEAS - NEW ZEALAND
1 YEAR AGO
Five Simple Garden Design Ideas to Adorn a Small Home
Most people think that a house’s aesthetics can be enhanced by retrofitting a garden. However, limited space often becomes the obstacle. As a matter of fact, there are several garden designs that can be applied in a small space. These garden designs are not only compact but also easy to take care of thanks to their simple choices of plants, requiring homeowners to do minimal, hassle-free maintenance only. 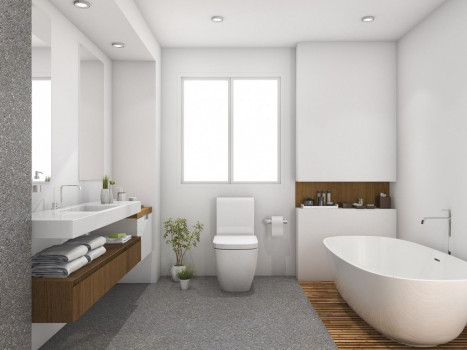 TIPS & IDEAS - NEW ZEALAND
8 MONTHS AGO
Archify Live: Discover a New Way of Plumbing by Saniflo
Archify Live is our new web series that responds to an increasing demand for virtual learning and networking. This session was held on the 14th of October 2021 and was presented by Saniflo. Below is a transcription of the presentation. 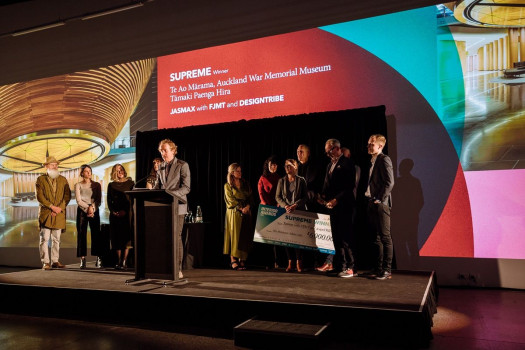