Commend > Updates > IT Security is Calling the Tune

IT Security is Calling the Tune 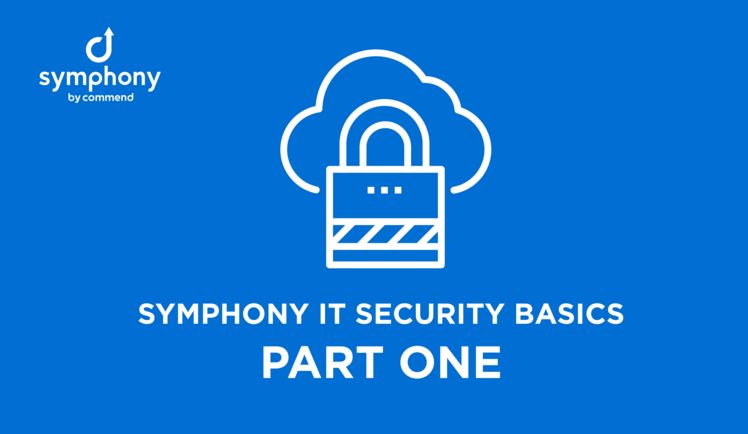 Bruce Schneier is right. In his keynote address at Defcon 2019 the well-known IT security pundit said, “The Internet is no longer a separate thing. It’s part of everything.” The “Net” has spread to include everything from desktop and mobile web access to smart appliances and controls in the mushrooming “Internet of things” (IoT). In fact, the Web stretches even further, as consumer and industrial policies up to national security and liberty itself are becoming intricately linked (or inter-linked) in one way or another to/over the Internet.

It is against this background and with the help of latest IT security research that Commend Symphony has been developed based on the principle of “privacy and security by design”.

SYMPHONY “PRIVACY AND SECURITY BY DESIGN”: A TALE OF FOUR LAYERS

The basic idea behind this policy is both simple and obvious: making IT Security an integral part of the product instead of adding it on top of the finished product. 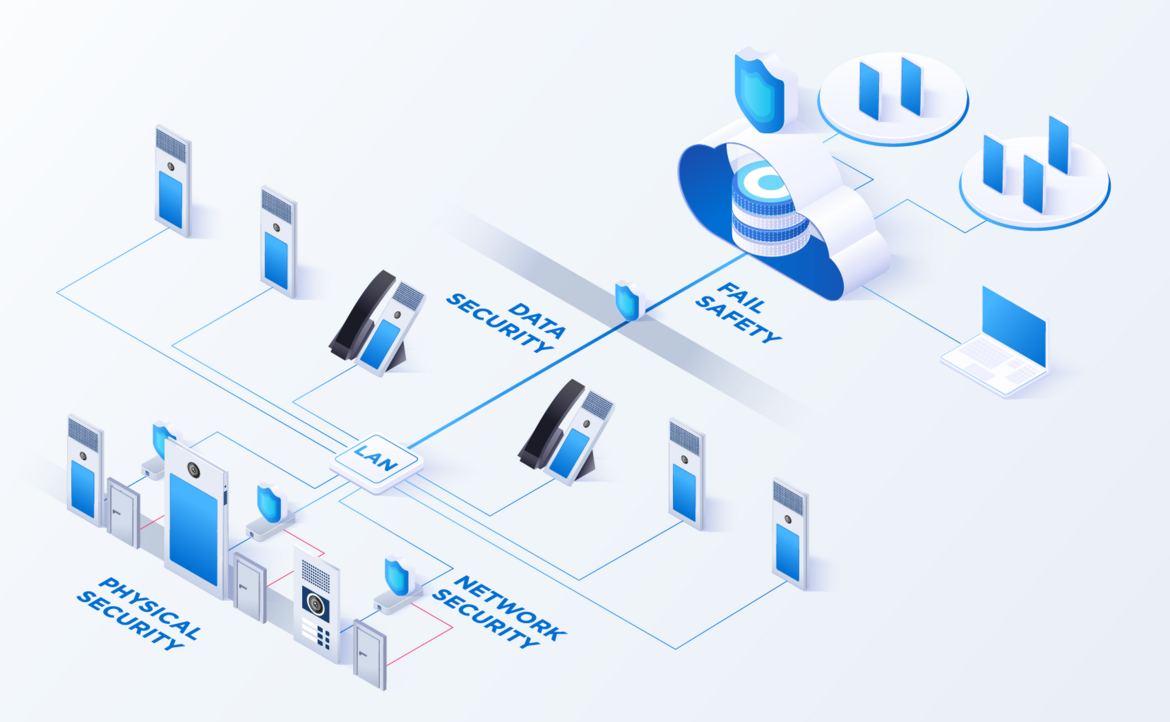 Without getting too much into the technical details, on the cloud-native Commend Symphony platform this policy translates into an IT security model with four basic layers:

Let’s turn to Physical Security first. In the upcoming posts we’ll deal with the other topics.

Where physical device security is concerned, Commend has more than 50 years’ experience in vandalism-protected product design under its belt. A lot of this went into the design of the Symphony platform.

Symphony’s physical devices – specifically, its door call stations – and related IT infrastructures are, of course, the most visible attack vector in need of security hardening. Here several defence mechanisms come into play, including:

Now what if an attacker tries to hijack a Symphony Door Call Station’s network connection via its Ethernet port? This is where Commend’s IP Secure Connector IP-CON comes in.

BEWARE OF THE NETWORK GUARD DOG!

Installed inside the building, the IP Secure Connector is constantly on guard to ensure secure network connections – even for exposed Intercom terminals, e.g. at a publicly accessible front gate or door. Attempt to remove the terminal to access its Ethernet cable, and the IP Secure Connector will instantly cut the LAN network connection. As a result, access to the in-house network is blocked and the door or shutter cannot be opened.

Best of all, configuring the IP Secure Connector is extremely convenient. For example, device pairing and secure network registration are sorted out 100% automatically.

IT security threats are a challenge. But proper security hardening via “Privacy and Security by Design” can go a long way towards meeting that challenge, as Bruce Schneier would surely agree.

Next time we’re going to take a closer look at the next layers of Symphony IT Security: Network and Data Security.

To learn more about Symphony, visit the Symphony homepage or contact your local Commend representative.

Commend
Salzburg, Austria
About CommendCOMMEND AT A GLANCEFrom its founding in 1971, Commend grew from a small family business into a large, globally recognised player providing Integrated Intercom Systems. Today, our unique solutions are installed for the protection of people, buildings and assets throughout the world. Integration of Commend Intercom Solutions has been hugely successful in many industry sectors. Intercom stations, modules and servers for integration of speech, image and data can be found in control rooms throughout the world for increased security. For example, help and emergency call points for transport solutions, controlling barriers in car parks and controlling lifts in buildings. Our solutions can be found in iconic buildings including the Shard (UK), Mercury Tower (RUS); throughout the London Underground Network (UK); in universities and schools; in production facilities; refineries, airports; hospitals; car parks; tunnels and many more.About Stelsen Integrated Systems, Inc.Stelsen Integrated Systems, Inc. has a collective experience of 50 years in delivering high quality solutions and services to our clients in the safety and security industry. We as a company, aim to provide our clients with holistic approach to maximize effectiveness of our service and systems. Our continued growth is built on our reputation and reliability while meeting our client’s expectations. Our team’s knowledge in regulations, great technical ability and experience in a wide range of industries, lets us efficiently design an integrated solution to maximize the effectiveness of your investment.
More Updates