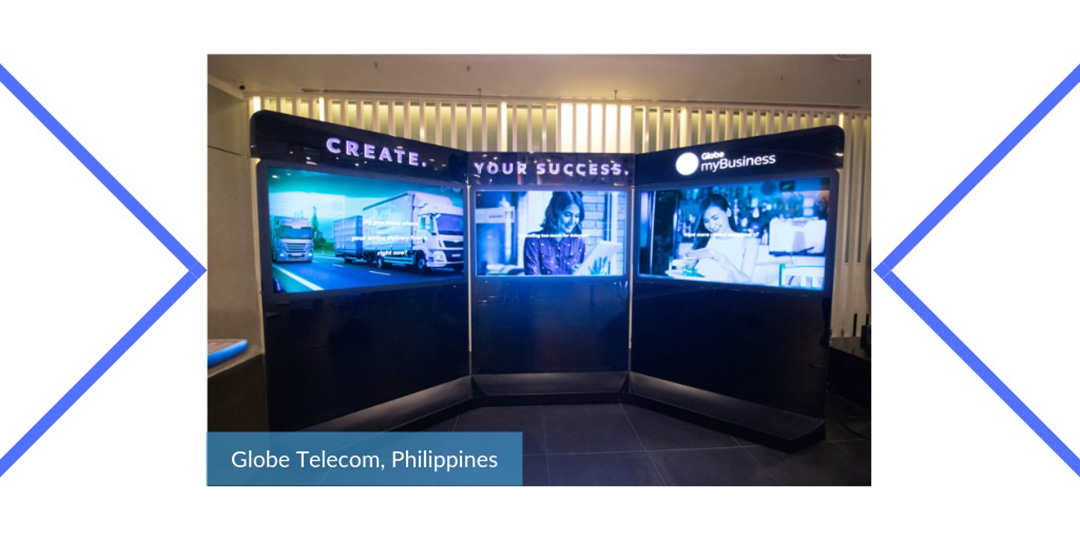 Inewvation International remained to be the top choice among the list of digital display solutions providers as numerous Digital Displays and Signages have been deployed in the Philippines, carrying its core— where quality is everything.

Following its award-winning Inewvation Brix Series in Globe Iconic Store in Bonifacio Global City, Globe Telecom continues the digitalization with Inewvation Digital Signages. An 86” Interactive Board was installed on its store in Mandaluyong City, and sets of 55” to 86” Digital Landscape Kiosks (Touch) in stores in Cavite City and Cebu City.

Being one of the largest ultra-luxury integrated hotel-resorts in Asia, Okada Manila continues to add refinement to its state-of-the-art structure with a 5.94mm pitch Inewvation SMD Fixed Type LED Display. It will surely be another startling view in the casino resort and hotel complex in Parañaque City.

Moreover, Megaworld in Taguig City opted to have a 55” Digital Landscape Kiosk (Touch); Adidas had sets of LG Digital Signages on its stores in Makati City and Quezon City; and HSBC in Makati City took a Samsung Flip, an interactive display that streamlines productivity and enables efficient collaboration.  This portable, wheel-based 55” UHD digital flipchart provides paper-like writing experience and allows corporates to start a meeting anywhere and anytime.

ADDING TO POOL OF CLIENTELES

The Food and Drug Administration partnered with Inewvation to install the first Digital Display in their headquarters in Muntinlupa City. This subcommittee of Department of Health (DOH) started their digitalization with a 3mm pitch Ergo Series and a Digital Landscape Kiosk (Touch).

Also new to the list is Mister Donut, which joined the digital shift with Inewvation through sets of LG menu boards for its store in Mandaluyong City.

Inewvation
Since 2011, Inewvation International continues to lead developing cities to digital innovation carrying its core --- quality is everything.
More Updates