LG Solar > Updates > All About the Philippine Solar System Panels

All About the Philippine Solar System Panels 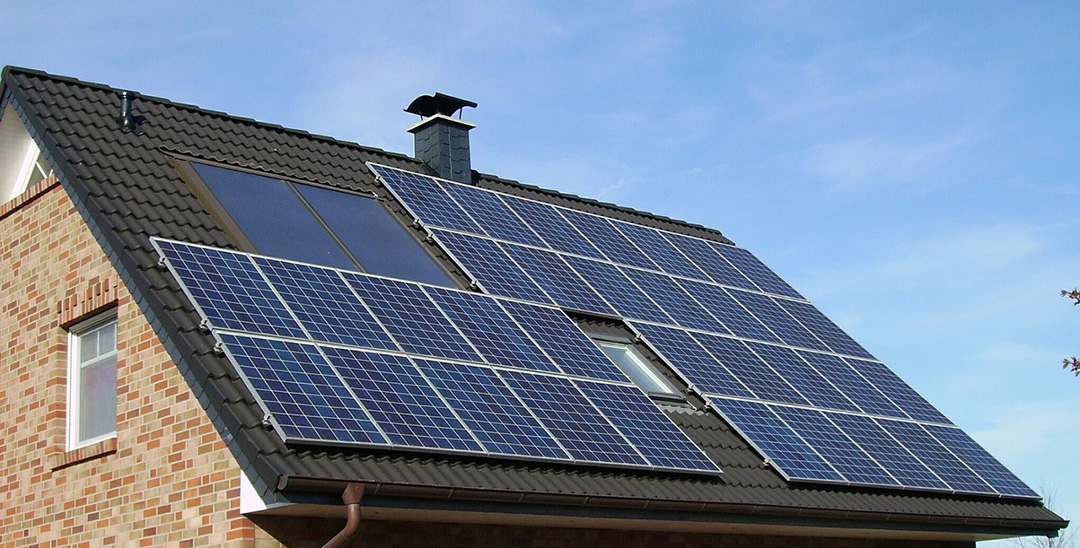 Human life has – and always will be – dotted with amazing feats of ingenuity and adaptability through technological progress. One of their most innovative inventions is a Philippine solar system. Their innate capacity for understanding and decoding the world around us have allowed us to harness the resources around us to a significantly efficient degree; the Earth’s waters, its lands, its winds, and its exposure to the sun have all been utilized in order to create power for humanity to enjoy.

A standout from the others, solar power has always been an august testament to science’s talents; through photovoltaics we have unlocked the capability to turn the sun’s energy directly into electricity. Know more about how this is done here – it is via solar systems, (particularly those in the Philippines).

Energy from the sun

The sun’s rays are harnessed through Philippine solar panel installation. It is made of photovoltaic cells, which are then made of a sandwich of two pieces of silicon. When the sun’s rays – photons or particles of light – “hit” its surface, it manipulates electrons to leave their atoms, thus generating a flow of electricity.

The main purpose of Philippine solar system cells is to convert the energy of sunlight into electricity. Photovoltaic (PV) is another term used for this. It is derived from “photo”, the Greek word meaning light, and “voltaic” by the Italians meaning electricity. A group of solar cells are called solar modules, and then the bigger portions are called solar panels. Indicated below are two parts of solar cells.

Inverter – turns the direct current electricity into 120-volt alternating current to connecting to a circuit breaking in the electrical solar panel (in the Philippines). Inverters should be placed on the exterior walls of the home near the sub panels or electrical mains. Inverters produced by the solar electric system shall be consumed by electrical loads currently in operation. During electricity generation from the solar system, the electric utility meter will turn backwards.

The structure of solar panels contains different systems which adjust according to its distance or location in regards to the sun. The peak hours range around 9 AM until 3 PM where sunlight usually provides the strongest brightness, however, there are also days when the sun is not as present due to weather differences. To combat this, some solar systems are designed with revolving panels.

Grid-tied solar system – is usually linked with the utility power grid of surfaces that are situated on the grid inter tie and are efficiently shared with renewable energies. Equipping a grid-connection will enable you to save financially due to the decreased rates, affordable materials and installation fees, and the net metering which only requires low maintenance. The only requirements for this type of solar system are the Grid-Tie Inverter (GTI) or Micro-Inverters and a Power Meter.

Micro-Inverter – located on the back of solar panels, expensive, efficient

Off-grid solar system – used as an alternative for a grid-tied system because they require battery storage and backup generator. Cheaper compared to other power lines and is self-sufficient. The requirements of this solar system are solar charge controllers, battery bank, and an off-grid inverter.

Now that you know about the general and vital information about the Philippine solar system panels, you know have the choice to contribute to the environment by installing one in your homes or businesses!

LG Solar
South Korea
OUR STORYSolaric is trusted in hundreds of thousands of households nationwide. Over the course of the past decade, we’ve challenged your carbon footprint, caused disruptions in the industry, and led solar tech innovations in the Philippines. Yet, we remain rooted to our purpose and principles, because they are the reasons why we turn on the sun every single day.Solaric was an offshoot of our previous business which involved providing backup power solutions to the US Federal Government. One of our more notable projects was the battery backup system for the Kennedy Space Station data center in Florida. We first started experimenting with Solar PV early 2010, but it was too expensive to do it without subsidies back then. In the past 5 years, technological advancements have allowed solar to become cost effective and competitive against utility power.When Typhoon Yolanda happened, we heard horror stories of infants dying because of incubators and nebulizers under blackout. Our startup business was called to duty. All our inventory was reallocated to relief efforts with no expectation of getting paid. We were tasked to energize schools, churches, homes, and relief centers in Tacloban and Malapascua, where there were no grid, no diesel, and no government support. We delivered power when others would not or could not, and in the worst possible operating conditions.After installing truck loads of off grid power solutions that were used by thousands of Yolanda survivors, we came back tempered and hardened, but our goal was one and the same: to provide cost effective power using free and clean renewable energy, to be enjoyed by future generations.TURN ON THE SUNWe turn on the sun by using solar power to reduce your energy bill and to protect our environment. We believe that clean energy should be easily accessible to everyone. We want to show you that solar power makes clear economic sense. That’s why we offer turnkey solutions from product supply to installation to maintenance. We deliver affordable and best-value solar equipment and solar solutions to our clients in accordance to acceptable global standards.SOLARIC: KING OF ROOFTOP SOLARToday, we are the recognized leader in solar PV installations throughout the Philippines, found on rooftops all over Luzon, Visayas, and Mindanao with thousands of happy clients and installations. Megawatts of renewable energy power are now available for the common housewife, business owner, or factory owner to utilize. Solaric will further its leadership in the Residential and Commercial & Industrial solar market.OUR MISSIONTo provide solar solutions that are economically sensible, environmentally sound, and future compatibleOUR VISIONTo power the world by turning on the sun
More Updates