Performance is the Key: Acoustics Rock Down Under 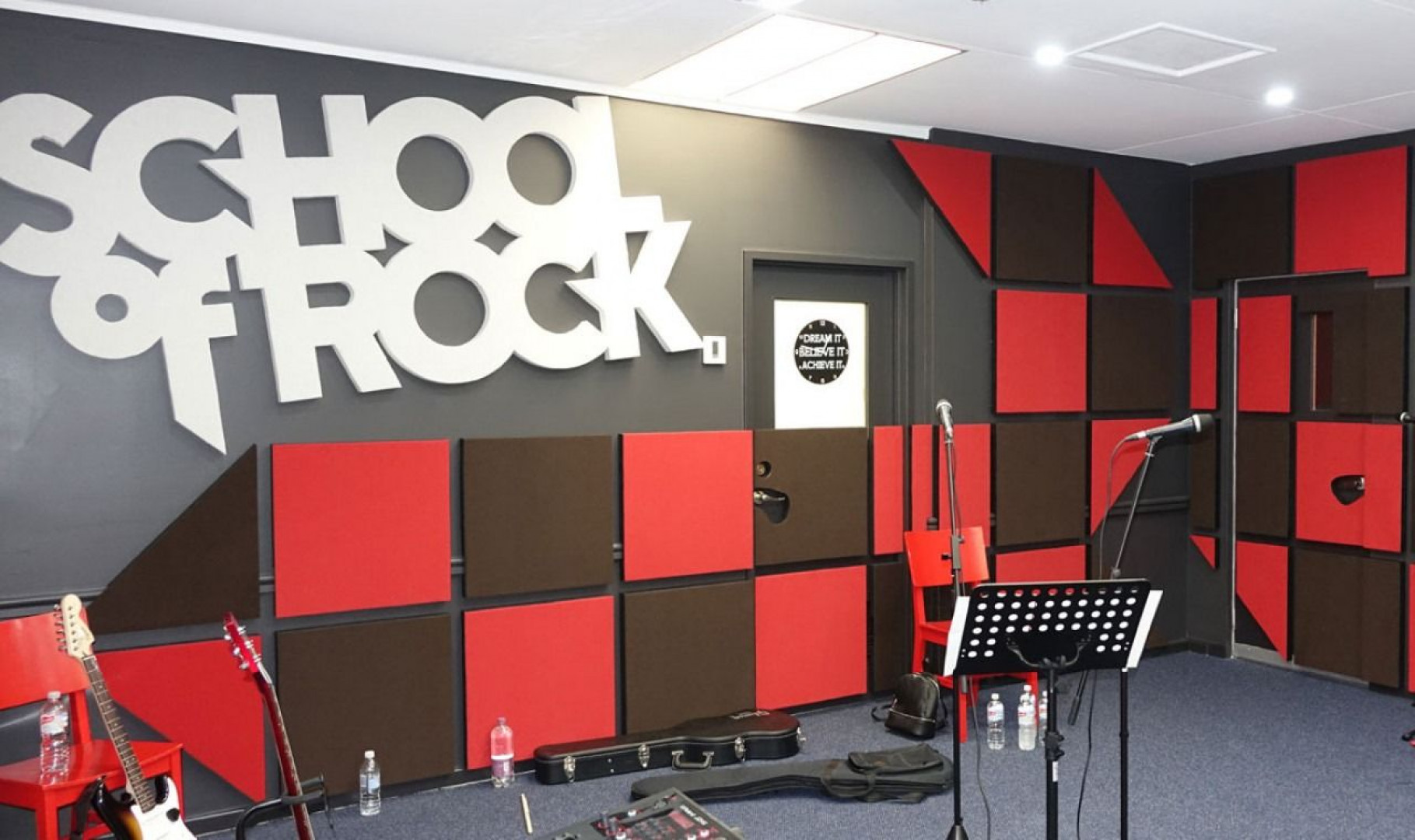 In music and in architecture, performance is vital. In the late 1990s, Paul Green started offering music lessons to children after school from his home in the USA. The lessons proved so popular that he opened the Paul Green School of Music in Philadelphia. The music school was based on a unique insight; performing is the key. Paul noticed that students who performed in public, and who played in bands with older, established, musicians progressed further and faster than those who had private, one on one lessons. This focus on performance became the founding principle of the school, which was soon franchised across the USA.

In 2003 Viacoms Paramount Studio made a film, starring Jack Black, about an out-of-work guitarist called Dewey Finn, who teaches school children to play rock music. Called “School of Rock”, the film was the highest grossing musical comedy until “Pitch Perfect” in 2015. To this day, nobody seems to know if the film was based on the Paul Green School of Music. In 2009 the Paul Green franchise was bought out, and the name was changed to the School of Rock. Today there are over 180 School of Rock franchises in 8 countries, with around 17,000 students. 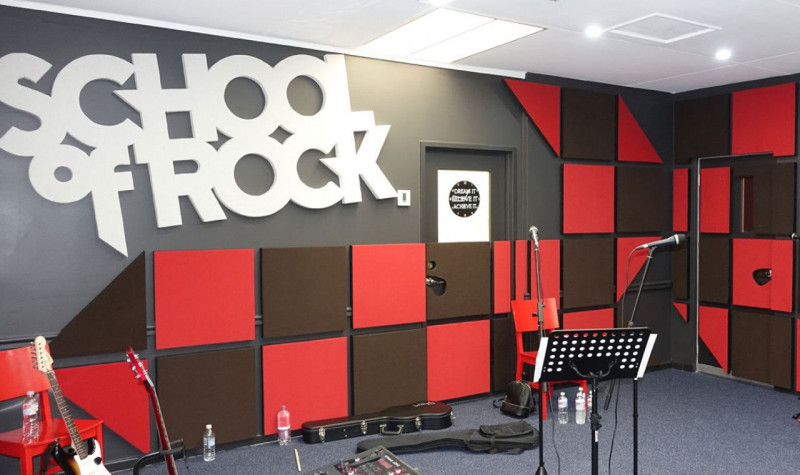 Every School of Rock has the same core philosophy; performance is the key. Students of any ability can enrol, everyone works to perform live with established rock musicians, and the top students get to play in their own band. School of Rock students have played thousands of concerts, to more than 100,000 people at such legendary venues such as CBGB’s, The Trocadero, The Knitting Factory, The Whiskey, The Roxy, The Experience Music Project, The Big Easy and BB King’s Club in Times Square.

It was this performance focus that drove franchise owner, Dom Loiacono to bring the School of Rock to Perth. “We take students from lesson room to the stage, which develops their confidence and musicianship with programs designed for all skill levels”.

But the performance of musicians is just part of the equation. For live, performance based, music studies, a modern, street-wise environment with tailored, performance acoustics is crucial.

To create an appealing learning environment, with fun, edgy aesthetics and musical functionality, Dom sought out Pro Sound Productions Managing Director, Shannon de Bie. As an award winning musician and composer, Shannon had the industry knowledge, performance focus and design skills to turn School of Rock into a ‘hit’.

Shannon is a trained pianist with credentials in classical, rock and jazz music and has been trained in keyboard artistry by Andy Vance and Graham Wood. His design career started with the installation of his own production and recording facilities. Shannon is now the owner and chief audio engineer for Pro Sound Productions and is a preferred installer for Autex acoustic products. Autex acoustic products have supplied Shannon with a diverse range of high end, versatile acoustic materials that he has used to explore sound quality and inspire creativity throughout the Australian music industry.

Shannon explains the importance of quality acoustic materials saying that “Without appropriate acoustic controls within an enclosed space, verbal and musical communication is dramatically hindered. The most common interior spaces we deal with are square or rectangular rooms within which, without sufficient reverberant absorption, the sound will immediately interact with reflective parallel surfaces. Using Autex Quietspace® Panel makes it possible to clad direct to these reflective surfaces and eliminate most of the primary acoustic reflection; thus a person’s voice or instrument will sound much more clear and direct.”

Autex Quietspace Panel was specified for the School of Rock primarily due to their balanced absorption across the frequency spectrum. Most common absorbers perform well in the higher frequencies but don’t address lower frequency sound, and this can cause tonal deform of sound as the lower frequency sound waves persist in the space.

The Quietspace Panels low frequency absorption combined with a tapering off in absorption in the higher frequencies makes them the best choice for balanced acoustic design.

Acoustic performance was not the only reason for using Autex materials. The School of Rock design called for strong and colourful patterns to be incorporated into the environment. Budding rock musicians need streetwise surroundings along with great sounds. These design motifs included large swirling patterns, the “rock hand”, and the School of Rock logo of an electric guitar within a spiral of cable. Quietspace Panel and Vertiface® velour coverings allowed these customised, design elements to be hand crafted for the School. 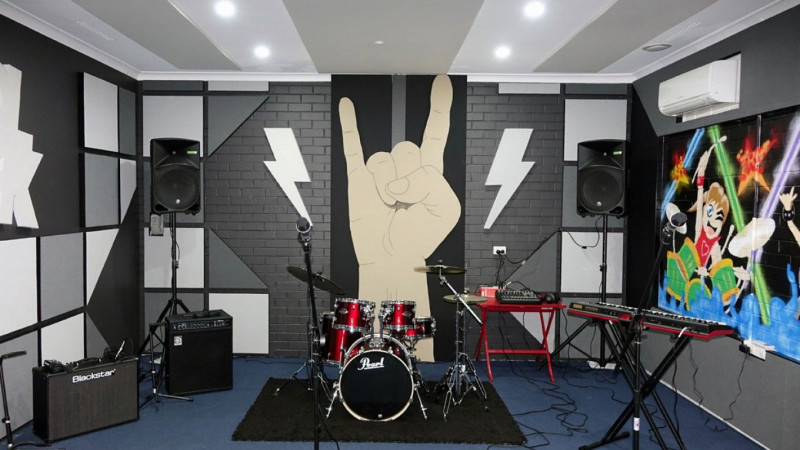 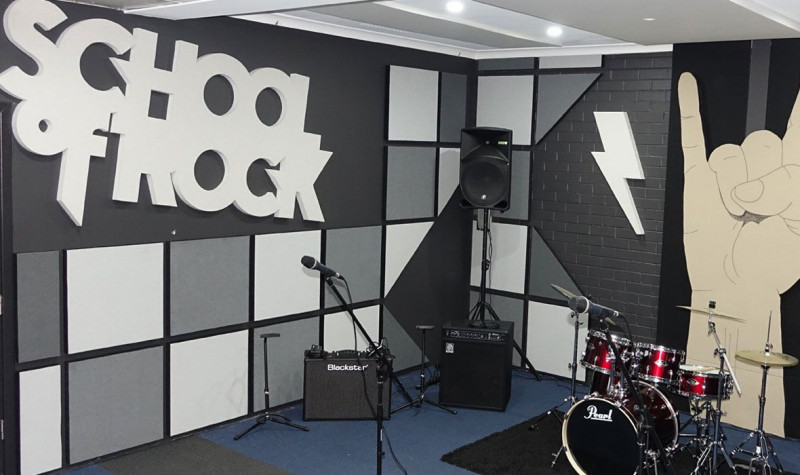 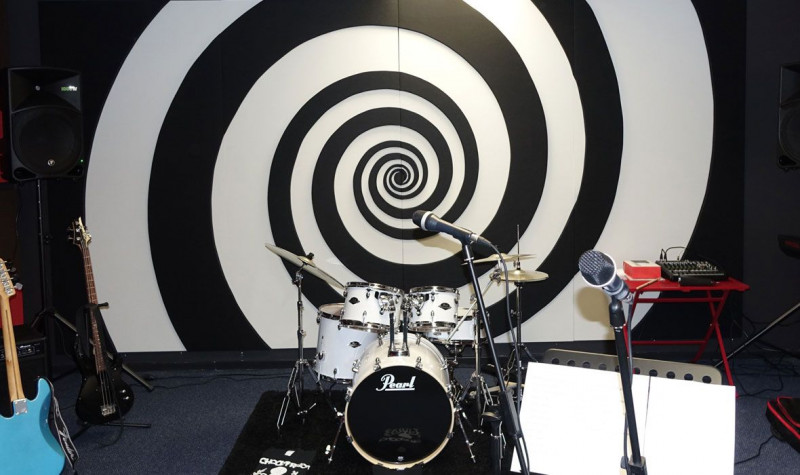 The project was completed in January 2017 and opened its doors to an enthusiastic group of parents and eager children, with parents stating that the artwork, visuals and quality of the rooms have created a cool, high quality learning environment

“The acoustic treatments used enabled instrumental performance to be achieved in a manner where all participants can hear each other very clearly in an aesthetic environment that invokes inspiration and excitement within its intended industry target. Autex are second to none within the acoustic industry, providing a diverse range of acoustic materials that can be customized in unlimited ways, allowing the designer to employ maximum creativity. It is a pleasure to work with materials that are non-toxic, dust-free and environmentally sustainable.”

Rob Woolner of Autex Industries comments that “combining high performance acoustic products with a performance based culture in the School of Rock has been a privilege and a pleasure. We wish the “Rockers” every success.”