Taronga Institute Of Science And Learning

As the first of its kind in the Southern hemisphere, the world-class institute was designed to bring science and learning together through immersive habitat classrooms and purpose-built laboratories.

The Acoustic Design and Installation

Situated on the picturesque shores of Sydney Harbour in New South Wales, Australia, Taronga Zoo is home to over 4,000 animals from more than 350 species. Over its 100 year history, Taronga Zoo has seen a lot of change and development. The Zoo has a strong commitment to conservation, scientific research, and education. To help shape a future for wildlife and people, the Taronga Institute of Science and Learning was commissioned to be a living laboratory for scientific investigation and conservation education; built to empower the scientists and conservationists of tomorrow.

As the first of its kind in the Southern hemisphere, the world-class institute was designed to bring science and learning together through immersive habitat classrooms and purpose-built laboratories. Alongside that, the institute would also house a grand lecture theatre, large open atrium, boardroom, and offices. Acoustic consideration to reduce echo and reverberation within these spaces were very important components of this project.With the build site set on a rolling hill, the shape and design of the building was to follow the form of the land rather than disrupt it. The structure would be truly unique in shape, both externally and internally. Inspired by nature and patterns found in DNA structures, the initial concept and detailed design for this project was conceived by Architect Ewan Saunders of NBRSARCHITECTURE, and brought to life by Associate James Kim of BKA Architecture and Taylor Construction.Two areas within the new institute requiring bespoke acoustic solutions were the auditorium and atrium. Two dynamic acoustic ceiling baffle systems were designed using the Autex Frontier™ system to reflect the natural forms of animals and plant life. Looking over the initial design concepts, the Autex design team ascertained early on that there would be some tricky details requiring bespoke product and purpose-made fastenings and hangers. Autex collaborated with BKA Architecture, Taylor Construction, and Auzoom Projects Pty Ltd to ensure details were resolved at the onset of the project, and continued working closely with all parties throughout the construction phase.

A Frontier feature was designed for the grand two storey auditorium. The design was simplified into a series of Trapezoid shapes to create the atheistic of a ribbon without kinks; this slight change of shape giving dramatic effect to the ceiling space. The design layout was simple yet effective and made for easy installation.

A secondary Frontier feature was designed to span over 40 meters in length, leading you from the entrance into the greater expanse of atrium; created to echo a natural abstract form, similar to that of a back bone, which represents the body of the zoo.

Bringing the design concept to life would be no easy feat, this due to the unique shape of the curling corridor and a two directional raking ceiling creating a complex structure to fix to.

The design team created a custom two-part aluminium hinge to fix the outer fins in place, allowing them to sit perpendicular with the ground. In the centre of the feature, large black powder coated Frontier channels were used in combination with modified hangers to suspend the large ‘V’ fins and keep them aligned with the rest of the design.

Autex Creative Director Jonathan Mountfort said that site visits during the construction phase were imperative to the success of creating the Frontier acoustic feature.

Other areas that required acoustic treatment were the open-plan office spaces, meeting rooms, and boardroom. For these focused spaces a more subtle acoustic treatment was chosen, in the form of acoustic panelling for the walls. High performance 25mm thick Quietspace® Panels faced with Vertiface® decorative fabric in the natural tones of Lime and Silver were applied to the office, meeting rooms, and boardroom walls. Composition® in the earthy tone of Fawn was applied to a facing wall in the boardroom which required a thinner acoustic wall covering to allow for sliding wall partitions to run smoothly in a close parallel proximity. 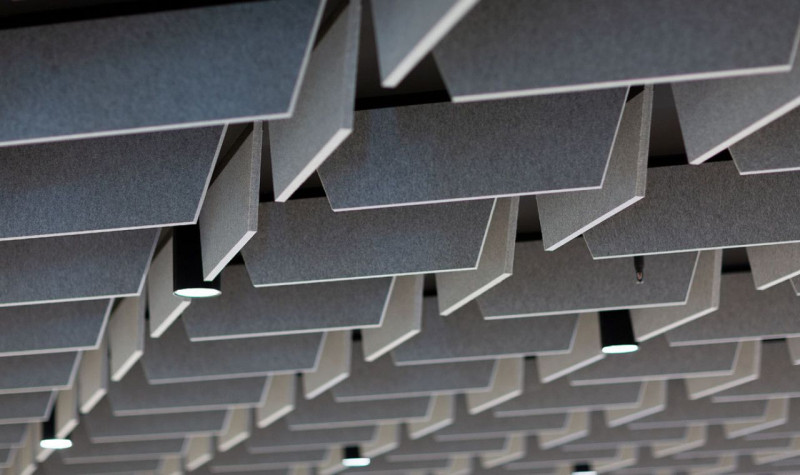 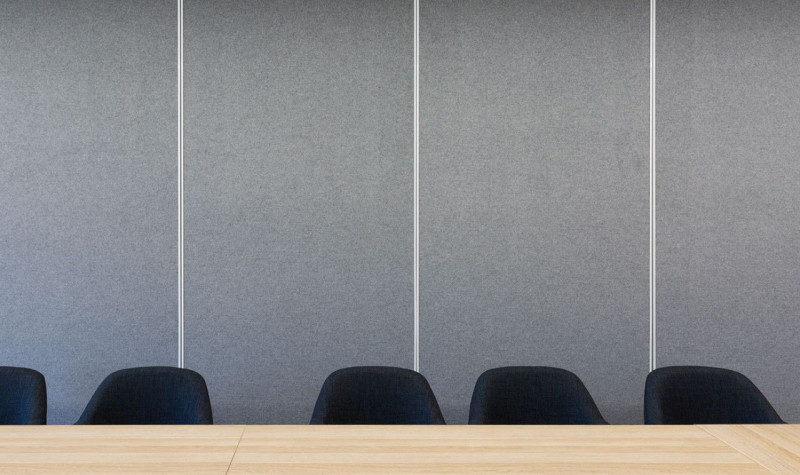 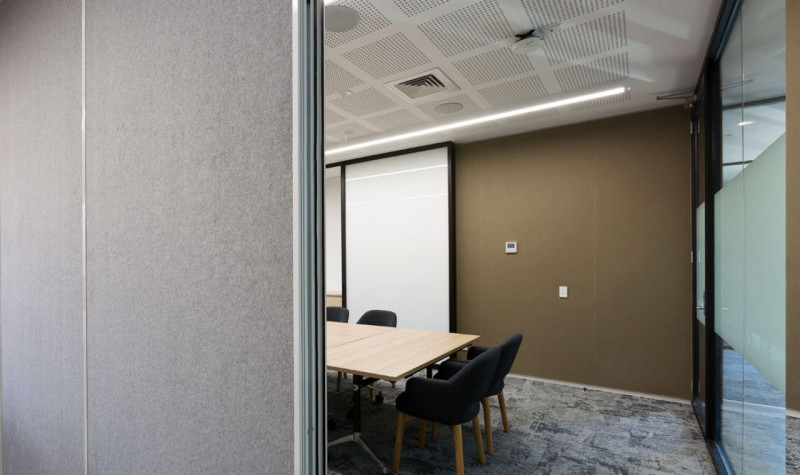 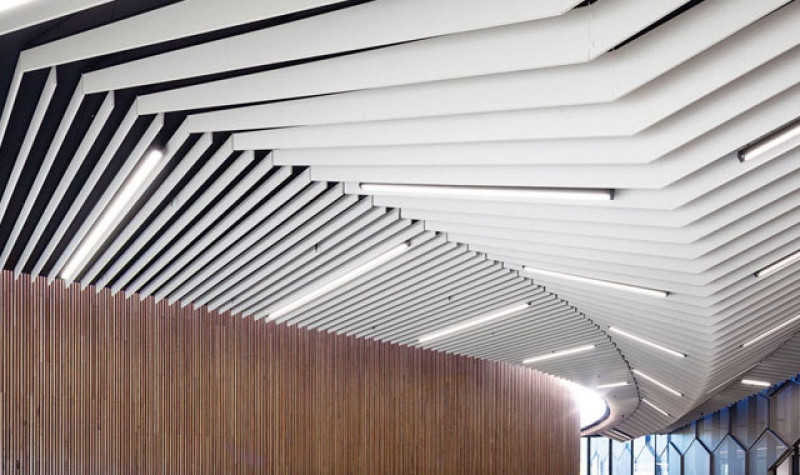 “Attaining precise details, such as on site building measurements and the curve that the ceiling would be, allowed us to calculate the height of the hangers and the angle the hinges would need to be, how the feature would fan around and how it would be divided up to keep all fins at an equal distance, made for a smooth install and to deliver the desired aesthetic.”

The now complete Taronga Institute of Science and Learning has been very well received, and all involved in the project are proud of the results.

James Kim of BKA Architecture was satisfied with both the aesthetics and function, and appreciated that Autex were willing to deviate from the standard system to suit project requirements, as well as provide design advice for some of the more complex details.

Mountfort says that Autex's ability to take their standard products, reshape and adjust them to suit the clients brief as well as offering in-house design is exceptional; “As the manufacturer, designer, and point of contact with the architect we are able to better customise the whole process all the way through from conception to completion, with an intimate understanding of the material right from the beginning”.

Auzoom were recognised by the Association of Wall & Ceiling Industries for the amazing work that went into the project, receiving the industries top award for excellence in the commercial sector at the recent 2018 award ceremony. Auzoom credited working with Taylor Constructions Team, BKA Architecture, Autex, and others to deliver the green stars public building in a challenging time frame, with stunning finishes and quality.