HISTORY OF CPVC: FROM INVENTION IN OUR LABS TO GROWTH AROUND THE WORLD 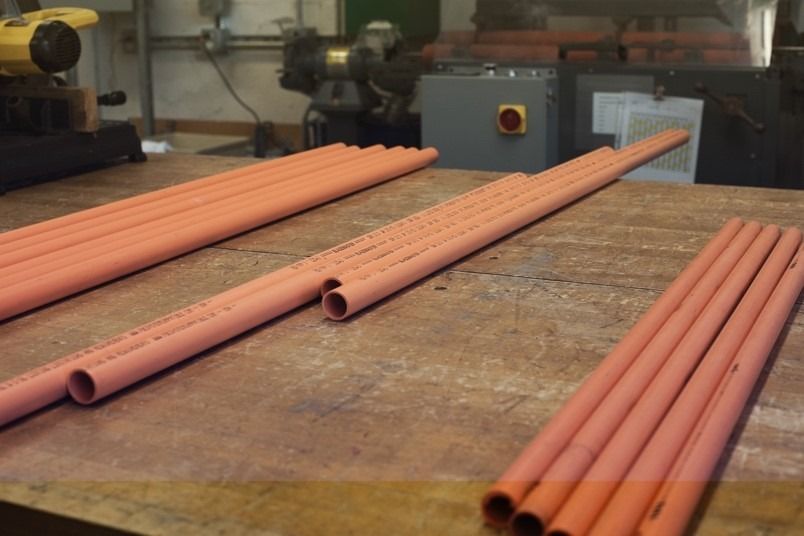 In today’s fire protection systems, BlazeMaster™ CPVC is everywhere – it’s the most specified fire sprinkler pipe and fitting system of its type in the world. But how did we get here? We’re proud that CPVC was invented in our labs, which gives us a unique vantage point on where these materials started – and how we’ve worked to enhance them over the decades.

It all started in 1938 when Waldo Semon of the specialty chemicals team at BFGoodrich was looking for a way to make synthetic rubber, because natural rubber from trees was becoming too expensive. While PVC had been discovered in the 19th century, no one had found a practical use for it, until Semon discovered a plasticization technology. This was the invention of vinyl – a soft, rubber-like material used initially as a water-resistant coating for fabrics. In World War II, it was used to insulate wiring on military ships.

Through the 1940s and 1950s, PVC was developed into rigid materials for pipes and other applications. In 1942, chlorine was added to the materials for the first time, and R&D continued until PVC chlorination technology was patented in 1958. CPVC was born – a thermoplastic made from a base PVC polymer fortified with chlorine molecules and specialized additives that enable it to stand up to intense heat and pressure.

The first field trials started in 1960, as CPVC pipe was installed in plumbing in an experimental home built by the National Association of Home Builders. The success of that project led to the start of commercial production in 1962. The next year, the company’s CPVC was incorporated into research houses in the Baltimore, Maryland area. More than 30 years later, a team was able to take samples of the piping from the homes and – no surprise – found them to be in perfect condition.

The company entered the fire protection market in 1984 with the introduction of BlazeMaster CPVC. With its easy installation, low maintenance and natural corrosion resistance, it offered the market a viable alternative to steel pipe.

Initially, all of the company’s CPVC piping products were made with one compound. In the 1990s, researchers found ways to develop compounds tailored to specific applications. For instance, BlazeMaster CPVC was designed with enhanced strength to handle the higher water pressures required in fire sprinkler systems.

Use of BlazeMaster CPVC continued to grow during the 2000s as:

The company developed new listing enhancements that enabled the CPVC piping to be installed in basements, attics, and other applications.

The FBC™ System Compatible program was launched in 2002 to ensure ancillary products such as thread sealers and lubricants are chemically compatible with all brands of Lubrizol pipe.

And that brings us to where we are today. BlazeMaster CPVC is the clear leader in providing fire safety solutions to a wide variety of applications across the globe, from homes to offices, to schools and hospitals, and much more.

So, when you look up and see orange pipe, know that it all started with Waldo Semon and his innovations many years ago. Today, his legacy lives on in fire protection systems around the world.