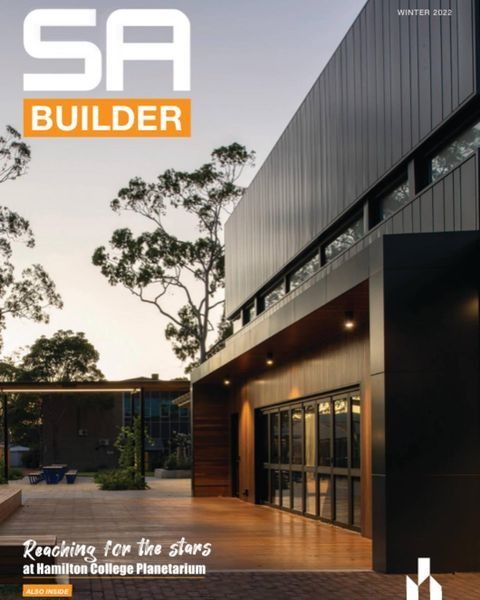 This quarter we have a two page article all about our products. 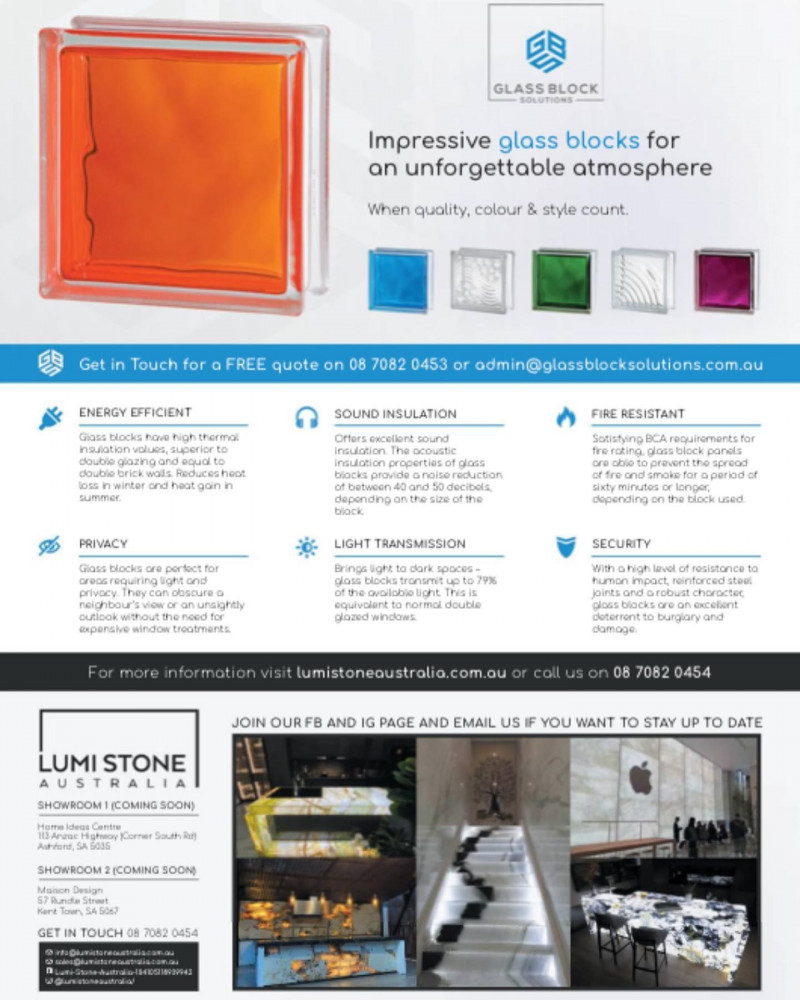 Glass Blocks Solutions and Lumi Stone
Australia (Available in SA only)
Glass Block Constructions was established in 1994 after the founder, Bill Burke, had been in the glass block industry since 1980.Research & developmentAfter 10 years in the glass block industry in Perth, it became apparent to founder Bill Burke that there was a large demand for a fully engineered, quality system specifically designed for installing glass blocks. A system that improved accuracy and speed in the laying of glass blocks, whilst maintaining their aesthetic qualities. After conducting the necessary industry research, which included travel to the USA and Western Europe, Bill failed to identify a system that would fully satisfy the needs of his clients.Eventually, in 1988, with the help of expert consultants, Bill designed and developed a glass block installation system, and Ezylay Glass Block Systems was born.System launched in WAThe system was soon formulated and launched, and quickly took off in the local Western Australian market. A year later and the demand for the system was starting to grow in major cities throughout Australia, and we started selling our Ezylay product range country-wide through a reliable network of distributors.NATA approved testingOur products have been tested by the NATA approved Schlegel laboratories. Patent applications have been lodged in over 85 countries, sales in the domestic market have soared, and international recognition for the Ezylay range is spreading fast. Ezylay is now known throughout Australia and its neighbouring countries as the best way to successfully install glass blocks.Going internationalAs the concept of these products has grown and developed, so too did the need for an international representation, and we established Glass Block Technologies International (GBTI). The company is Australian owned and based, and is the market leader in Australia, supplying our own patented glass block installation system throughout the country.In addition, we are now starting to offer our systems to building and construction industries around the world.
More Updates