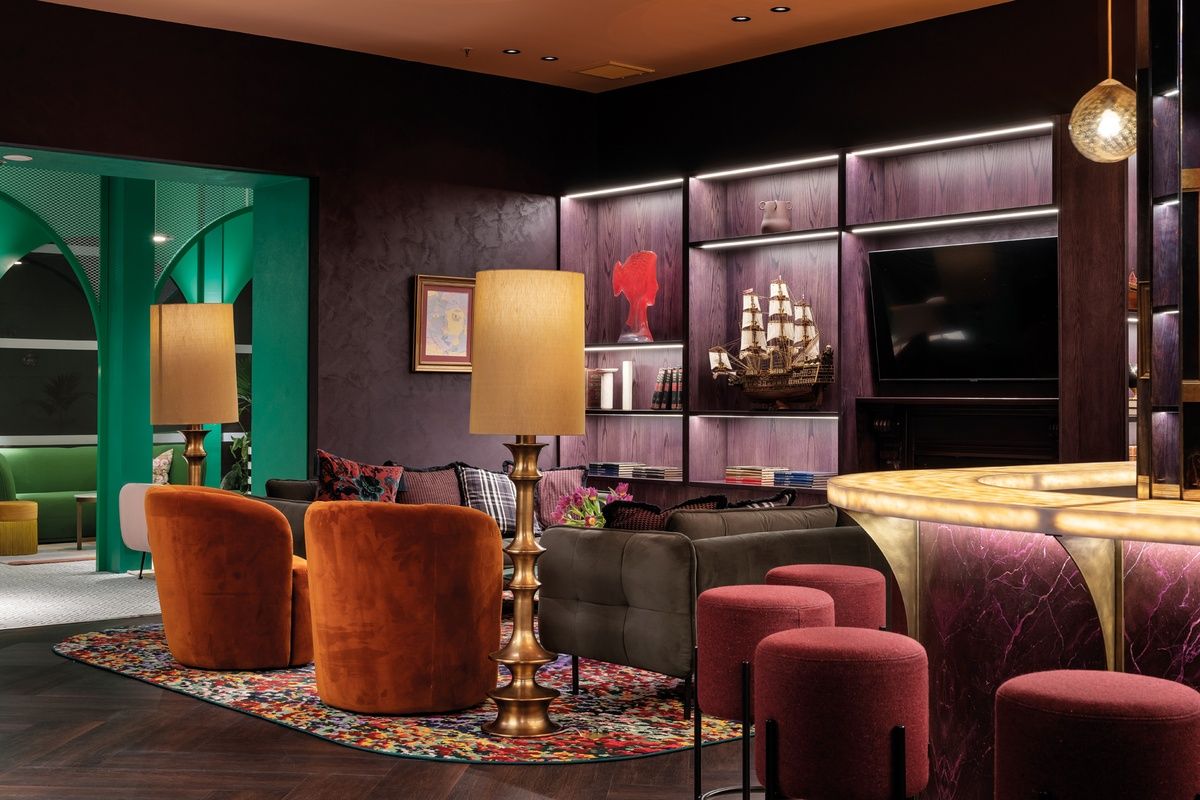 Amanda Harkness explores the dramatic interior narrative, combining the exotic and eclectic with the comfortable, of Wellington’s Naumi Studio Hotel by Mate

Amanda Harkness explores the dramatic interior narrative, combining the exotic and eclectic with the comfortable, of Wellington’s Naumi Studio Hotel by Material Creative.

It’s tempting to draw comparisons between the quirky, colourful heart of Wellington that is Cuba Street and its Caribbean island namesake, especially when it is graced by local institutions such as Floriditas, the Havana Bar and Fidel’s. But the street is, in fact, named after an early New Zealand Company settler ship, the Cuba, which sailed into Wellington’s harbour on 3 January 1840.

Originally home to brickyards, a local produce market and a bell hanger, Cuba Street also became home to the People’s Palace in 1907, when the Salvation Army replaced its Paulina Rescue Hostel for women, built in 1894, with a temperance hotel on the same site. The large Edwardian establishment was to become one of more than 40 buildings of historic significance a century later, when Cuba Street became a registered Historic Area under the Historic Places Act 1993. 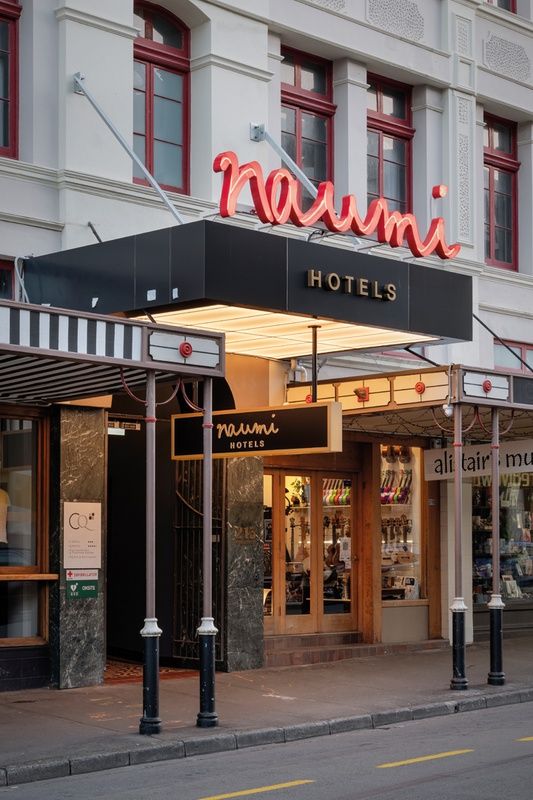 The entrance to the hotel off Cuba Street is under a sophisticated, backlit canopy. Image: Samuel Hartnett

Sandwiched between the industrial Victorian era and the lead-up to World War One, the relatively short Edwardian period was both romantic and revivalist, characterised by a neo-baroque movement and an emphasis on handcrafted detail. The three-storeyed, 98-bedroom People’s Palace was designed by Australian architect Edward Saunders and constructed from load-bearing brick masonry with jarrah floor and roof joists. It featured a smoking room, a private dining room and a ‘sitting and reading’ room, with elaborate inlaid tiles lining the entrance hall, intricate arches stretching above generous doorways and an ornately balustraded wide central stair all adding to the sense of grandeur that was typical of the period.

In 1916, architect William Gray Young designed a new wing and, in the following decade, a neighbouring building was incorporated into the hotel. Subsequent incarnations included the Railton Hotel, Trekkers Hotel and a larger two-hotel ‘CQ’ development, which saw an additional floor and parapet added in 2003, along with seismic strengthening.

It was to this colourful and somewhat chequered history, and its central location, that Naumi Hotels Australia and New Zealand CEO Gaurang Jhunjhnuwala was drawn.

“As soon as I arrived in Wellington, I fell in love with the city,” he explains. “It has such a distinct culture and feel. I particularly liked Cuba Street, with its pot-pourri of eclectic spaces and bars and restaurants. It feels very Melburnian: a bohemian slice of New Zealand.”

Jhunjhnuwala looked for an opportunity in the capital for close to three years before the former People’s Palace presented itself and he and his team moved quickly to acquire the building. “One of the main reasons was that it was Cuba Street, which is right in the city but it’s in the quieter end. So, you’re not in the thick of things but, if you choose to be, it’s just a stone’s throw away.”

The building’s history and structure were also motivating factors – the Singapore-based boutique hotel operator always looks at hotels “with good bones” – but this was the first Naumi heritage hotel within New Zealand, “so it was important to be able to emphasise its heritage features while also bringing new life and new design to something that had not seen a lot of love in a long time.”

Enter Material Creative and a brave, unexpected, somewhat-fantastical vision. “This is not a shy hotel,” admits Jhunjhnuwala. “We want to be bold, to be whimsical, to be colourful and to intrigue you as well.” 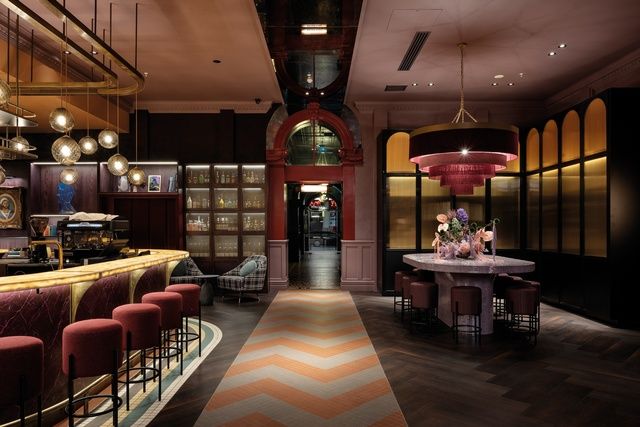 The transition from reality to fantasy is measured. A relatively small (secondary) entry via Cuba Street is understated – not unlike what you might expect of a refined cosmopolitan bar in downtown New York. A glowing red ribbon above a backlit canopy spells out “Naumi” but there is little else to signal what is to come. Heritage floor tiles, flanked on either side by retail, ultimately give way to a profusion of flowers underfoot as we arrive in the reception area. In fact, here, floral bursts abound in every direction – on walls, in alcoves, as light fittings and even as a central, sculptural pièce de résistance by artist Angus Muir.

“We decided early on that we wanted our guests, effectively, to walk into an Edwardian garden,” explains Toni Brandso, one half of the creative duo (along with Liv Patience) that heads up interior design studio Material Creative. In a moment of genius, as Brandso puts it, Designer Rugs pitched a collaboration with artist Karl Maughan for the carpet and the result is sublime.

A brass-clad reception desk stands between us and a large, framed portrait of an unknown woman, looking down on her guests. Part Jennifer Lawrence, part Drew Barrymore, and holding what appears to be a Chinese Crested dog, ‘Lady Naumi’ turns out to be the central figure in a rather elaborate narrative that plays out throughout the hotel. “She is the custodian who looks after, and over, the hotel,” explains Brandso. “She and her husband, a sailor, have spent much of their lives travelling the world and the hotel is full with the many curiosities they have collected.” 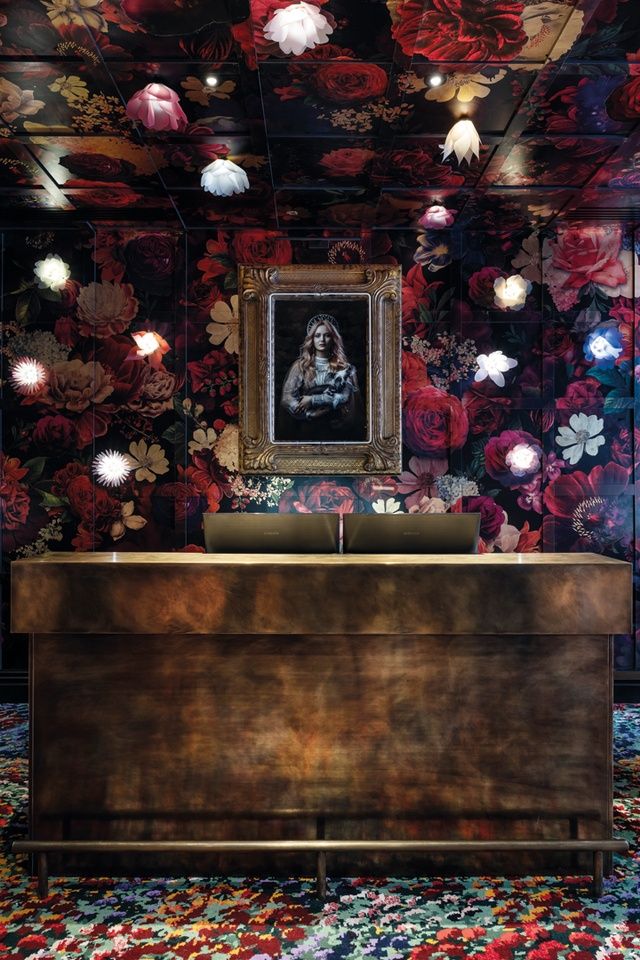 Indeed, the lounge area surrounding the central bar space, which opens up behind the reception, feels very much like a cabinet of curiosities. Shelves are lined with religious and historical relics, supposedly collected from all corners of the globe: from candlesticks, hourglasses and glass busts to model ships, oil portraits and stacks of leather-bound books. Lady Naumi is, we are told, a literary bohemian and this appears to be her Wunderkammer.

A beautiful burgundy five-tiered tassel pendant by artist Eunice Taylor hangs above a shimmering mosaic-clad buffet table, which, by morning, is laden with breakfast provisions but, by night, becomes a raised seating area between the bar and the dining room.

Every inch of this gloriously curated downstairs space is playful, sophisticated and welcoming at once. Like Goldilocks, it is tempting to try out every seat, sofa and stool, to wander barefoot across the wool carpet and to stretch out on one of the couches in the parlour area. Every area is distinct, every experience bespoke. 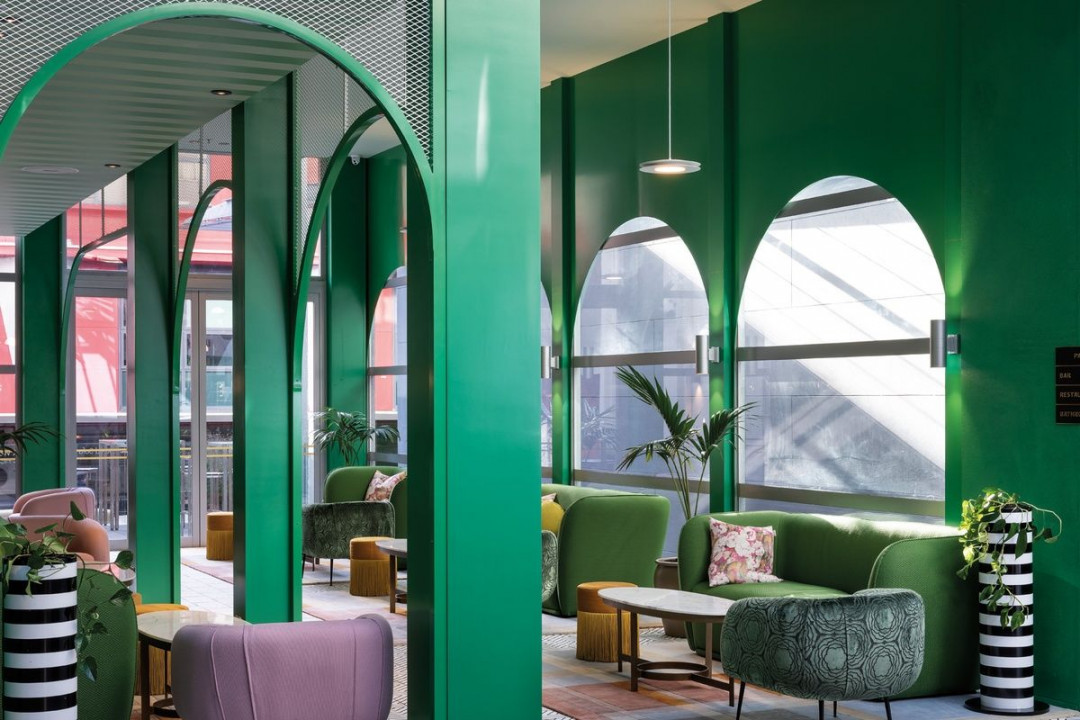 The ongoing narrative throughout the hotel gives Material Creative licence to combine the exotic and eclectic with the comfortable and successfully create a “home away from home” for travellers. The only problem here has been an unforeseen scarcity of travellers in the wake of the global pandemic. In fact, the hotel opening in October 2020 was a feat in itself.

“We had started work on the guest rooms six months before Covid hit,” says Brandso, “but the demolition had begun in the downstairs common areas only a month before lockdown so that part of the project proved to be quite a challenge.”

The team hit the ‘buy now’ button on furniture specified from Italy and Spain, and hoped that it would make it onto the last ship out, but a bright-green encaustic cement tile order from Morocco was unable to be fulfilled for the parlour space; this worked in a local supplier’s favour. 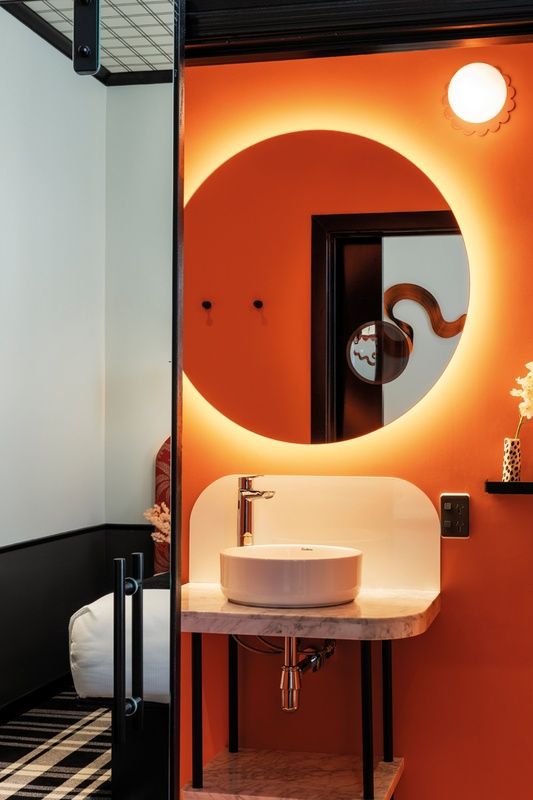 Custom-designed vanities were manufactured by Dalma. The bathroom and bedroom lights are also a custom design: a nod to the Edwardian garden and the People’s Palace logo on the hotel’s façade. Image: Samuel Hartnett

A sparkly silver lift takes us to our room on the third floor, where the deep-purple hue of the hallway is later subtly referenced in the bathroom ceiling. Each of the three levels is painted in a different colourway, in varying shades of red, orange and blue, and the hallways transition from light to dark as you follow along them: designed to depict the sun rising and setting on Lady Naumi’s Silk Road travels.

Our room is small but perfectly formed. The lodge-like tartan carpet on the floor is reflected on the ceiling in a simpler-patterned Ralph Lauren check wallpaper. A linen film over the lower window provides gauze-like privacy from adjacent windows and hints of a tropical mosquito net. Above the bed, in another nod to the tropics, is a black ceiling fan, which matches a steel-framed wardrobe housing all of the requisite amenities. This simple structure cleverly makes the 13m2 room appear larger, as do the high ceilings and the off-white walls, which offer welcome respite from the craziness of downstairs. To mitigate the need for invasive works, the bathroom is lined with a colourful, functional vinyl but the luxe levels are lifted by a free-standing vanity and frivolous, well-placed lighting, which channel Marcante Testa. We could have done with a little more space to lay out our bags but have since discovered that there is a specially made gap to slide your suitcase in under the bed.

And this little discovery, perhaps, is just what the Naumi Studio Hotel is all about. It is a place filled with reveals and unexpected surprises, and its arrival marks a fitting new chapter in the history of Wellington’s creative and ever-so colourful Cuba Street.

Click here to see the Material Creative-designed Naumi Auckland hotel – a winner at the 2018 Interior Awards and shortlisted for the 2018 Inside World Festival of Interiors awards.

Interior Design
Interiors
Hospitality
Archifynow
blog platform
ArchifyNow is an online design media that focuses on bringing quality updates of architecture and interior design in Indonesia and Asia Pacific. ArchifyNow curates worthwhile design stories that is expected to enrich the practice of design professionals while introducing applicable design tips and ideas to the public.
View Profile
More from archifynow 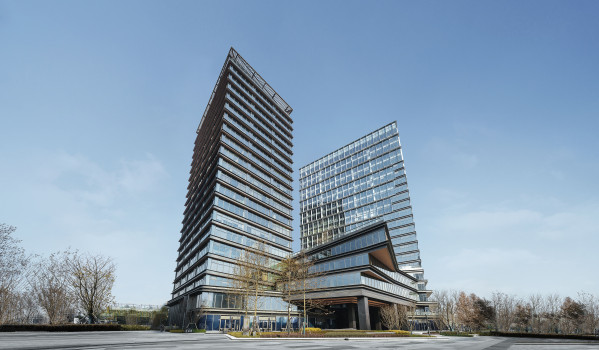 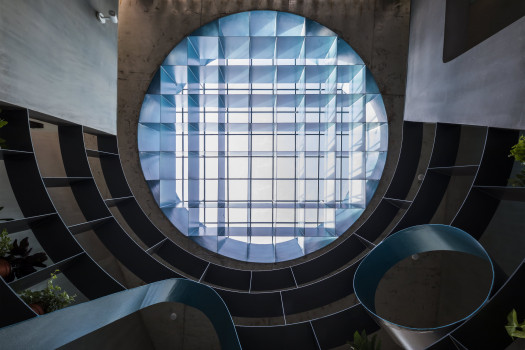 PROJECT - HONGKONG
1 YEAR AGO
Kim-Chon House
In thinking about architecture, I have always been obsessed with Serenity, Silence, and Intimacy. 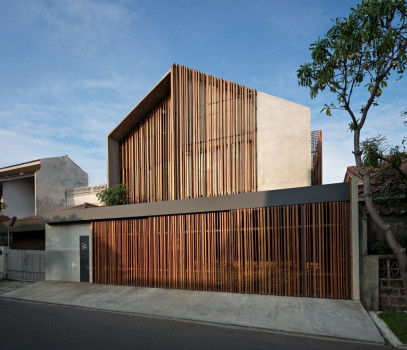 PROJECT - INDONESIA
8 MONTHS AGO
Rumah Beton
Rumah Beton was designed with inward orientation in correlation to the zoning, hence still having a well-planned space inside the house