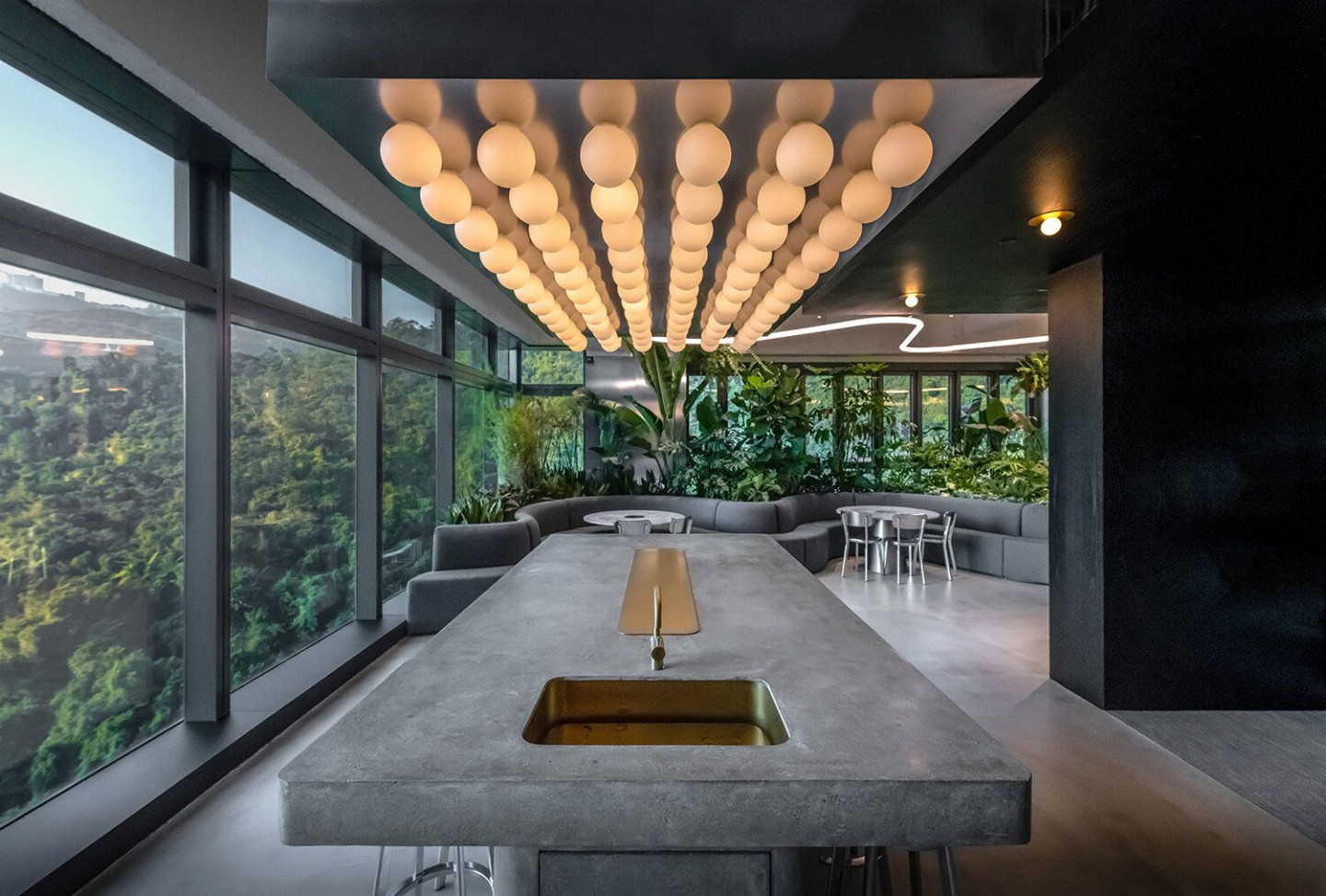 With a growing team of staff and the demand for a headquarters which reflects Tatler Asia’s newly relaunched brand, COLLECTIVE’s design draws the sea and forest in while maximising the accommodation of workspaces. The spatial arrangement takes cues from its surrounding elements; the breakout spaces, dine-in kitchen and living garden facing the luscious Bennett’s Hill backdrop, while desks, private offices and meeting rooms looks out onto the city with a bespoke carpet running a gradient of blue. The 360-degree view is enabled by placing the ancillary areas such a storage, phone booths, printers and editorial pin up spaces around the core; allowing the main workspace activities to be placed around the floor to ceiling windows to capture the maximum view.

The headquarter spans 1,000 m2, featuring alcove garden seating, offices, and dining-kitchen, which doubles up as a flexible meeting/ workspace, event venue, cocktail bar and dining room. Featuring a customised terrazzo kitchen island fitted with a built-in wine cooler, the space can instantly transform into an entertainment venue befitting Tatler Dining’s food and beverages programme. The palette throughout the kitchen adopts an ash-grey and charcoal tone against the use of reflective bright aluminium, creating a contrast with the vibrant greenery and gives a nod to the industrial past of the neighbourhood. The customised theatre marquee lights hang above the kitchen island, evoking the feeling of a ‘bar-stage’ – it is fun yet luxurious. 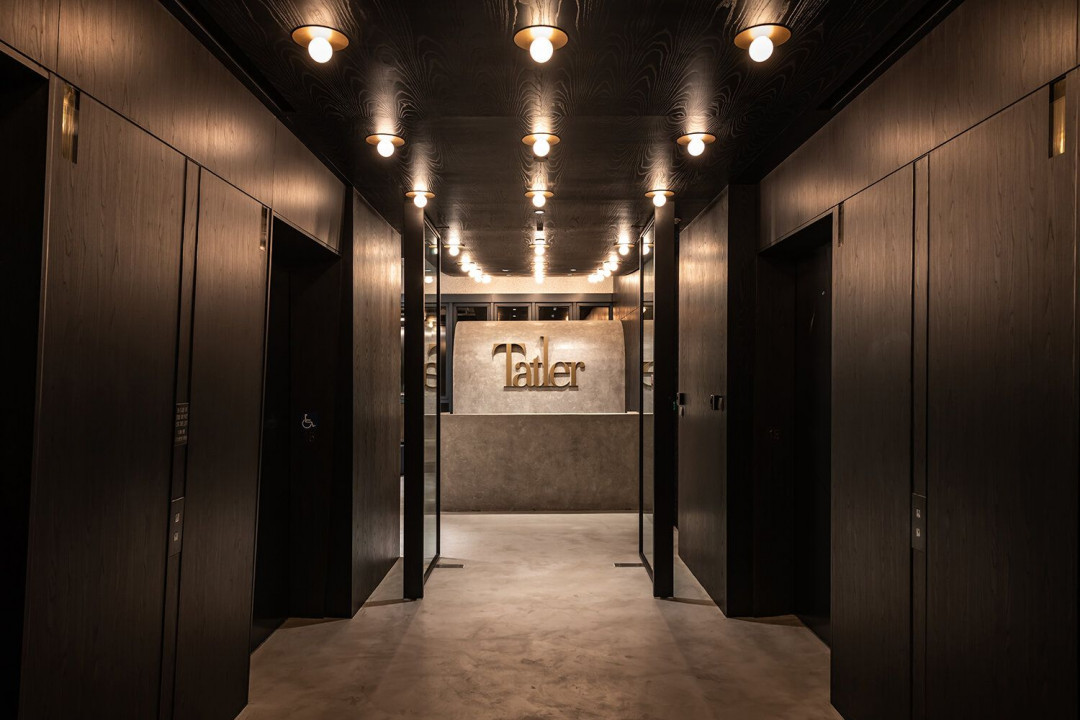 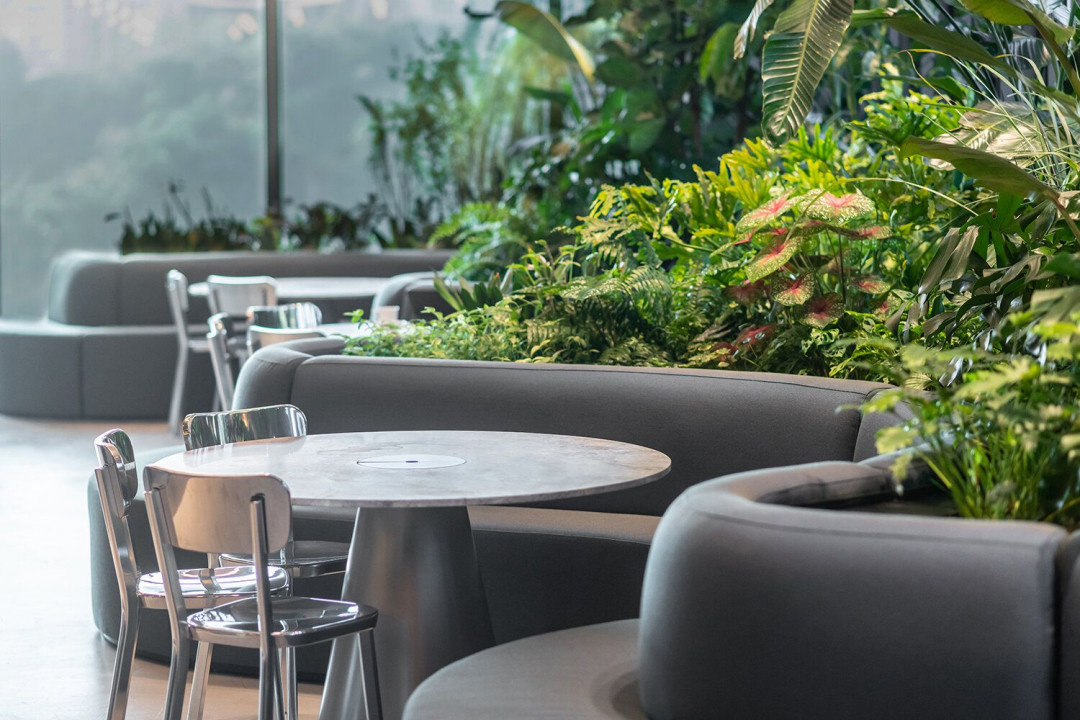 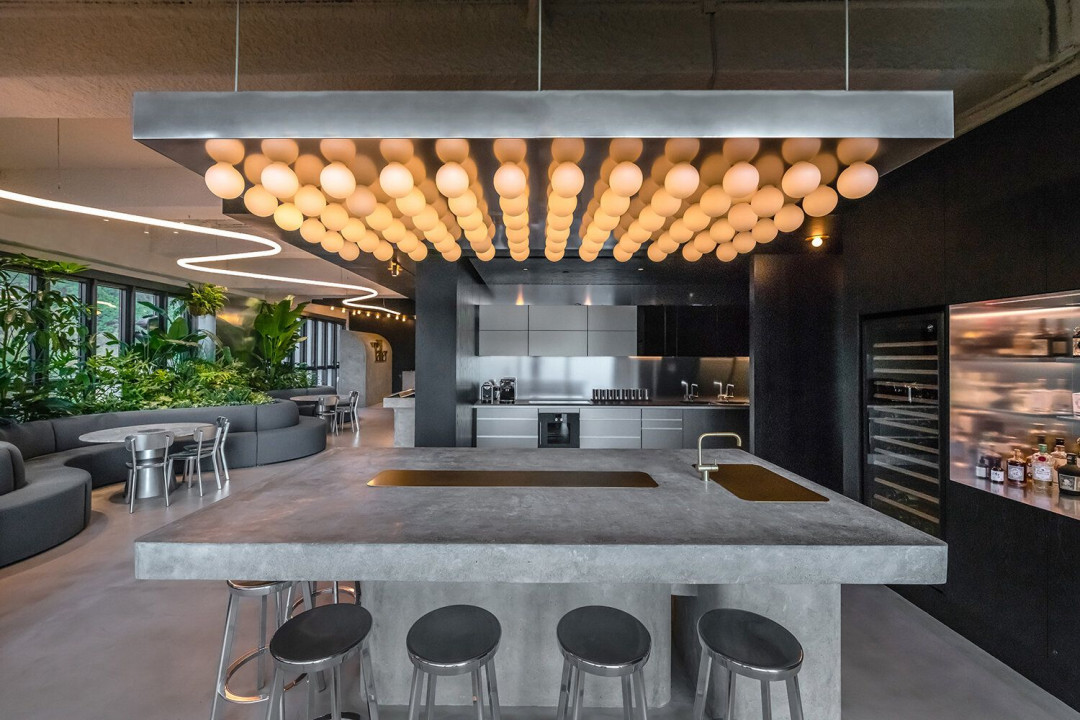 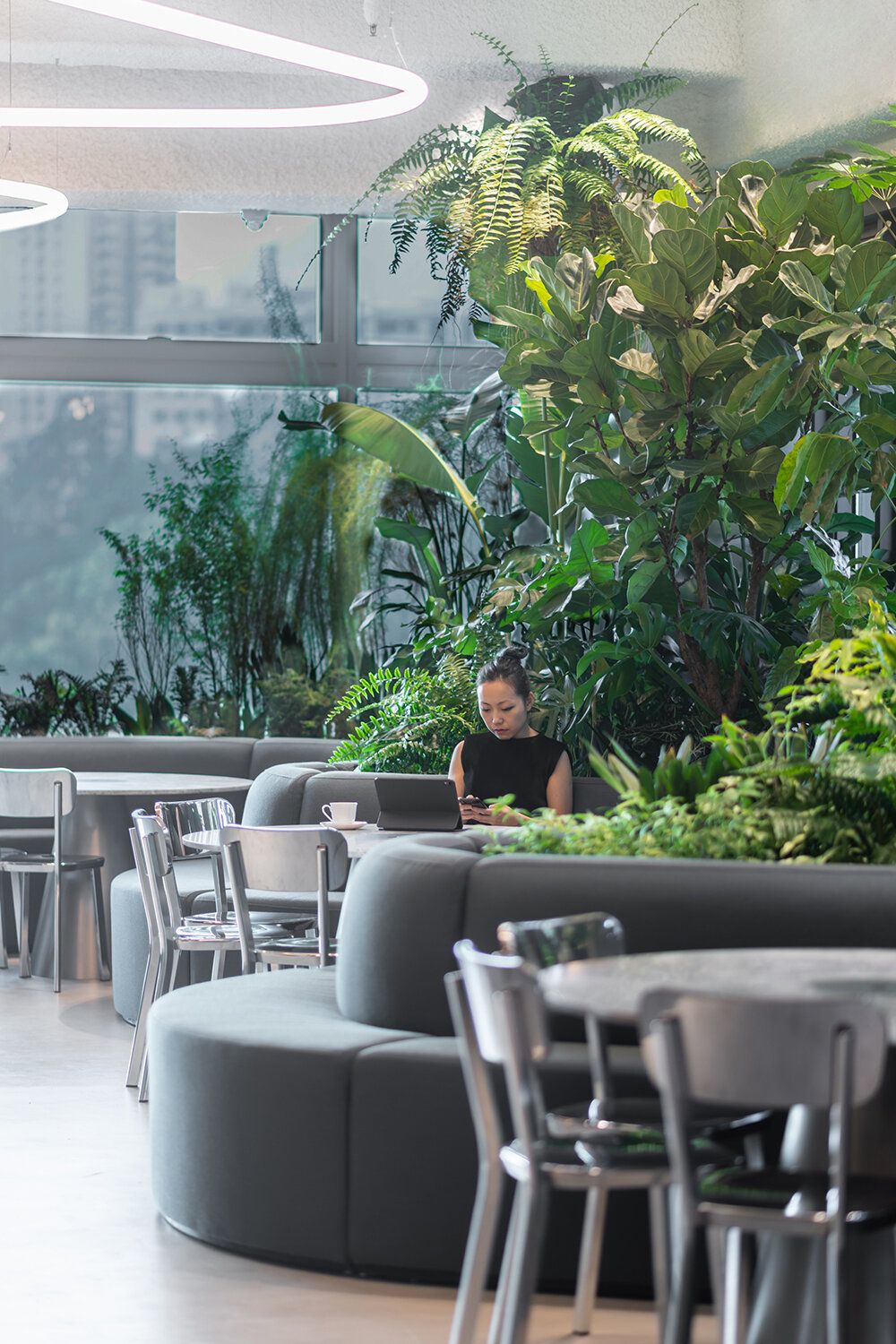 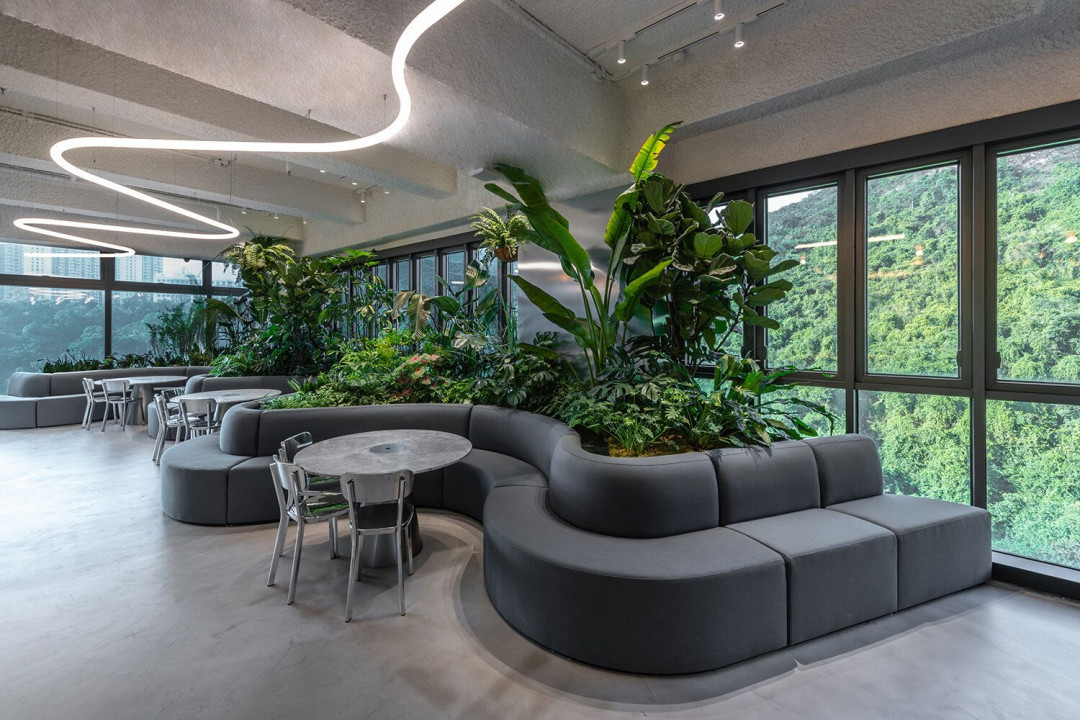 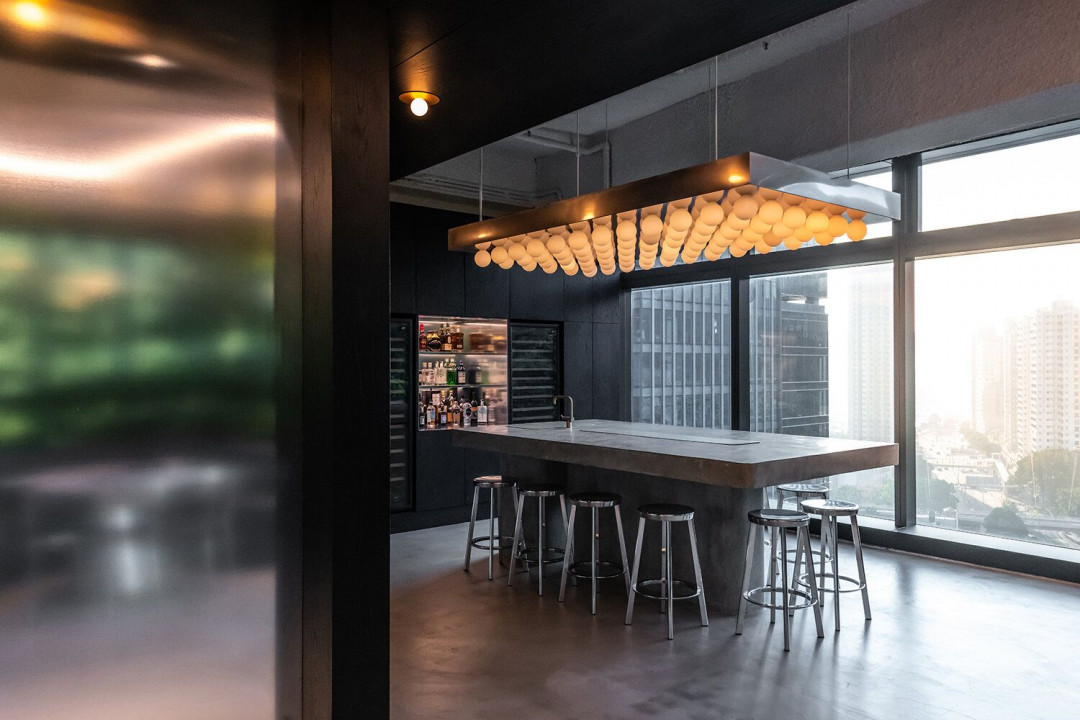 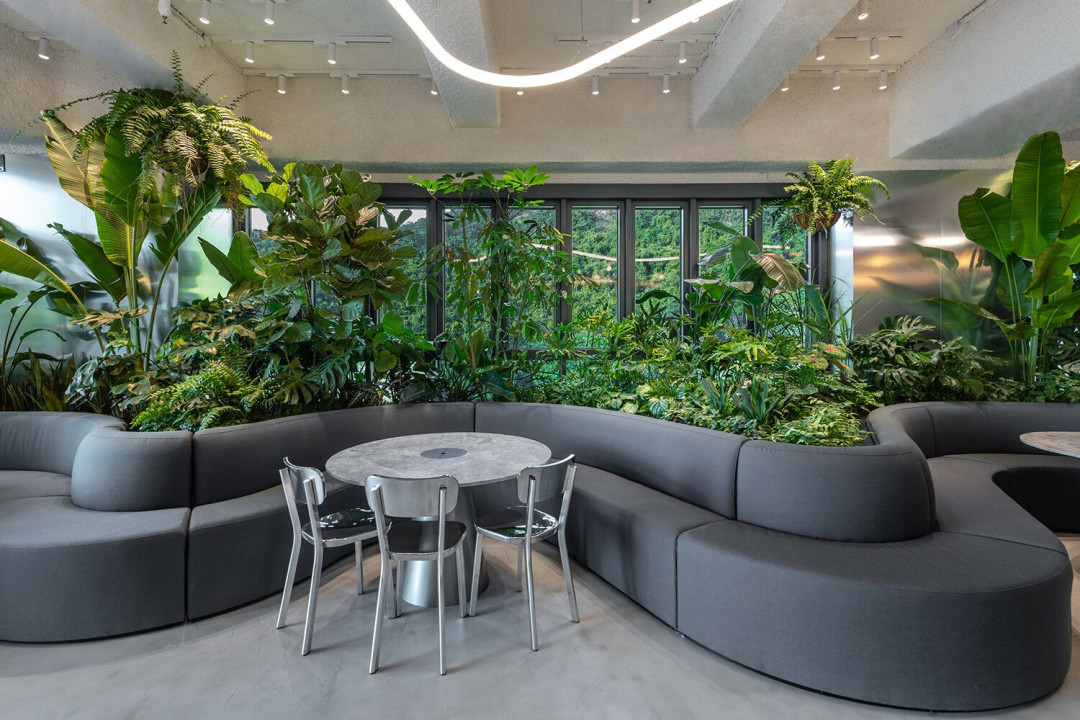 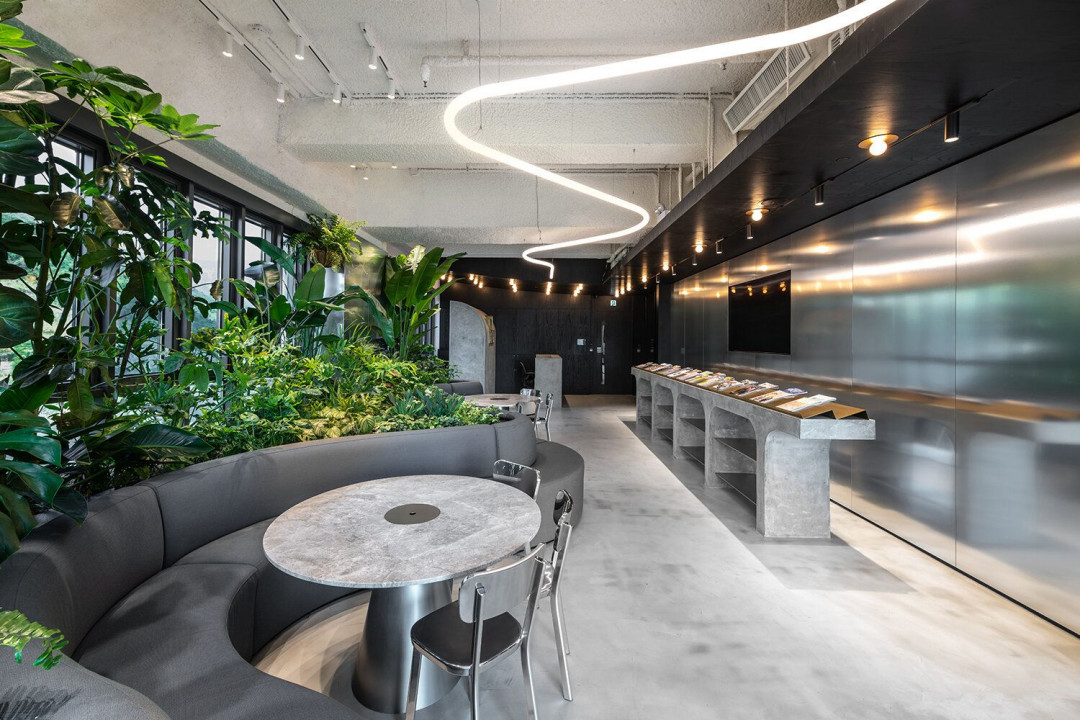 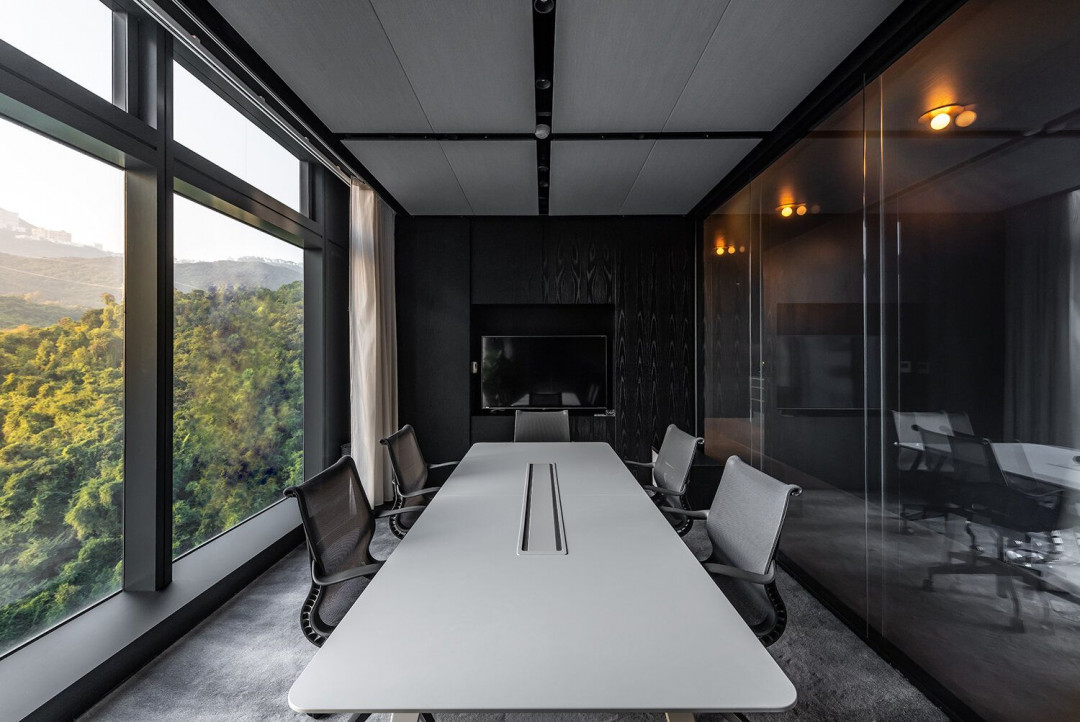 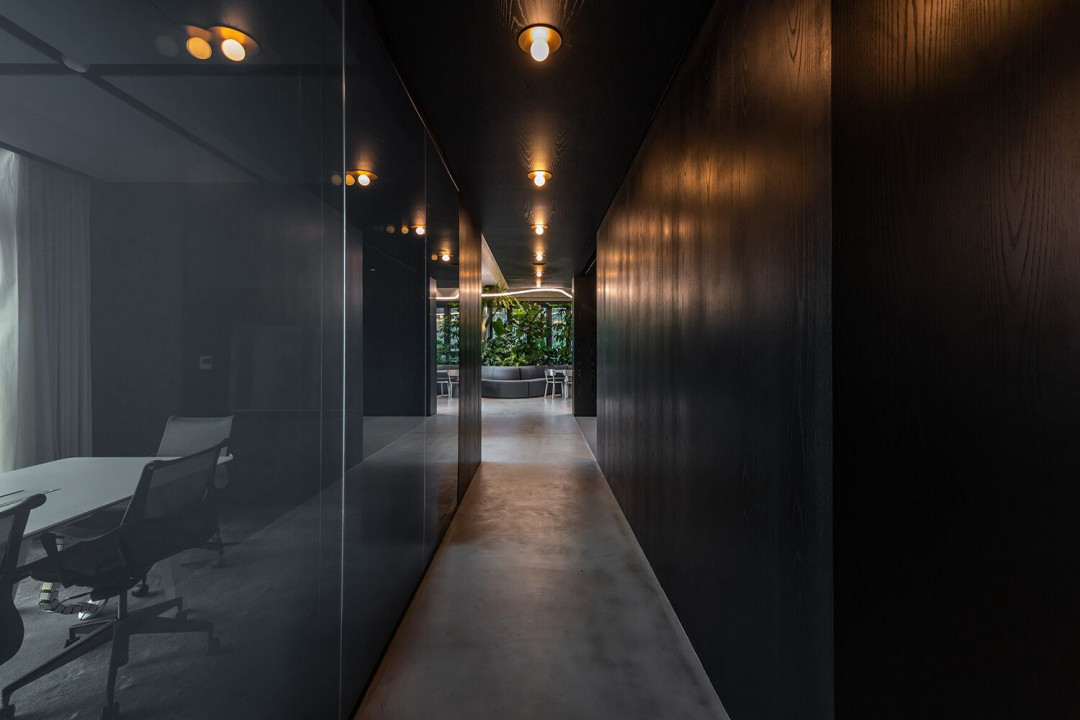 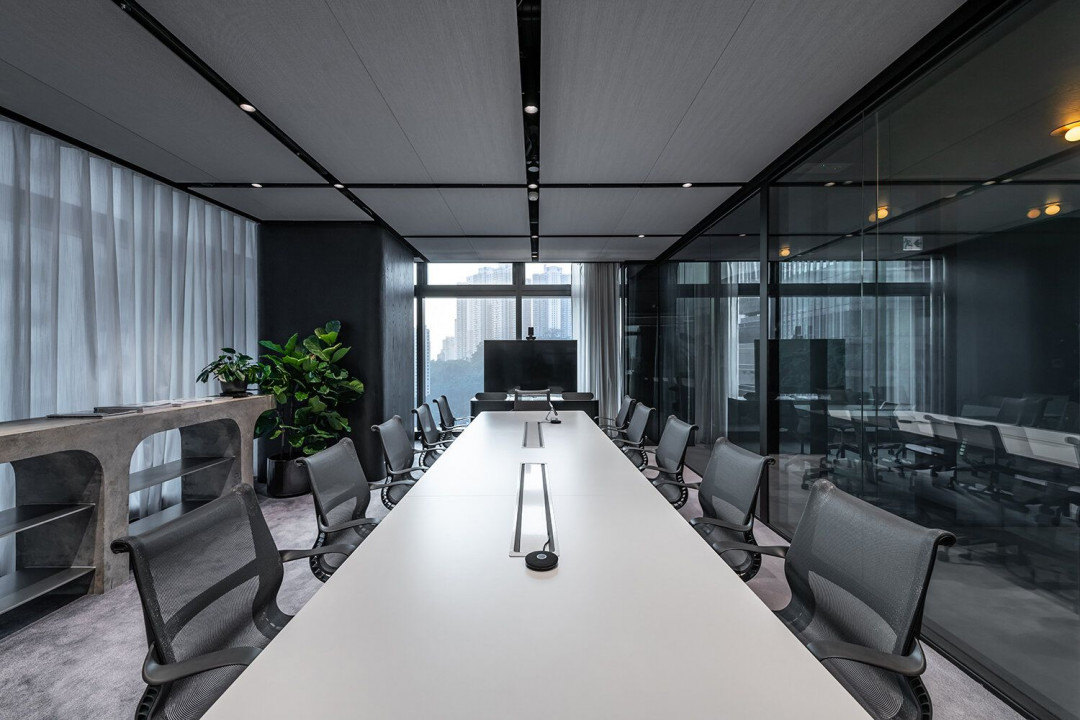 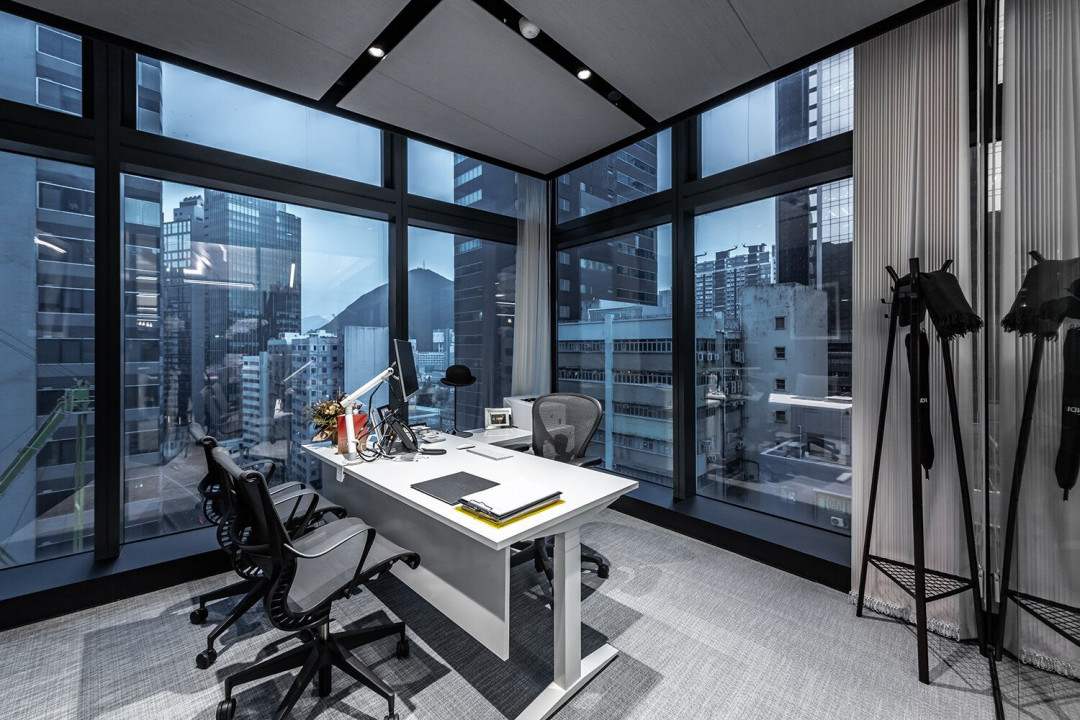 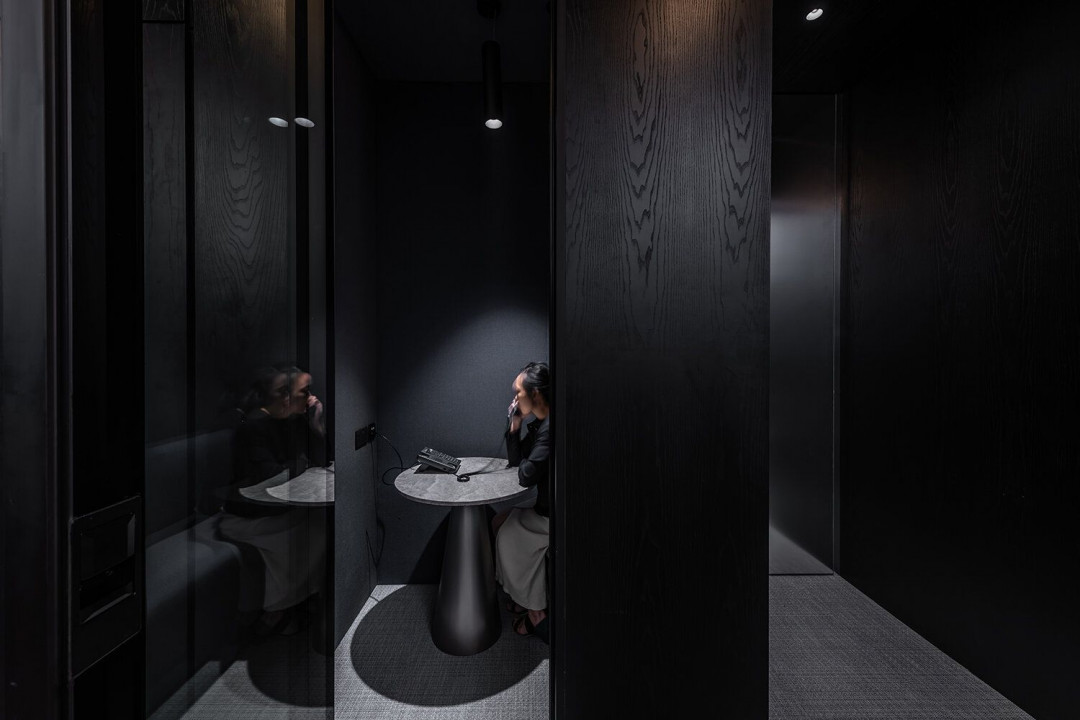 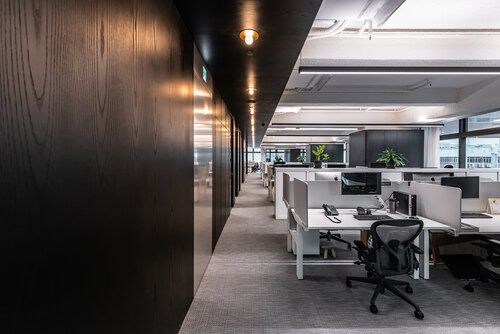 This article originally appeared in collective-studio.co 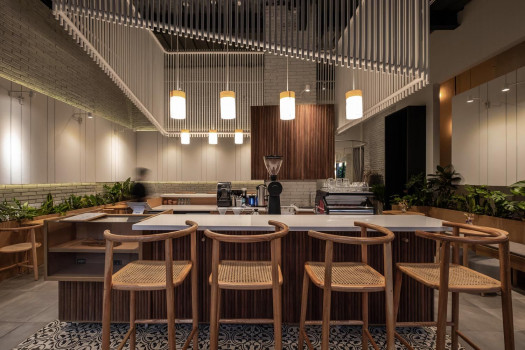 PROJECT - INDONESIA
2 YEARS AGO
Bukan Ruang Café Shows Flexibility in Limited Space
Bukan Ruang is a multifunctional cafe that is designed to be flexible and compact. Occupying a space formerly used as a gym, this café accommodates events and artworks, aside from operating as a coffeeshop. 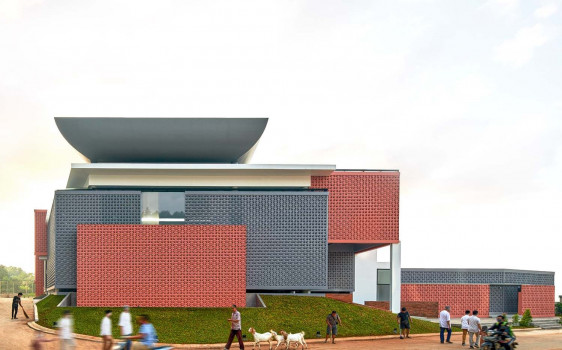 PROJECT - INDONESIA
1 YEAR AGO
RAD+ar Develops an Environmentally Friendly Community Mosque with a Porous Envelope
From the outside, Bioclimatic Community Mosque of Pamulang does not display any common features of a typical Indonesian mosque. Instead of a minaret or a dome, this building is distinguished by the two-coloured stacked porous façade, topped with a massive vessel-shaped roof. This mosque is located within a university complex, serving as a place of worship and a community centre for the campus’ communities and the surrounding neighbourhoods. 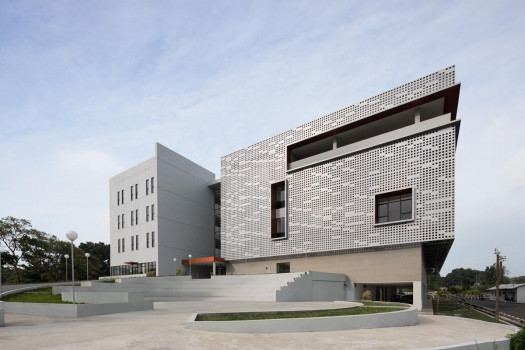 PROJECT - INDONESIA
2 YEARS AGO
FISIP UNJANI Displays Expansive In-between Space to Foster Interactions
In order to fulfil the need for more learning space with an ever-growing number of students, Universitas Jenderal Ahmad Yani (UNJANI) completed a new building for the Faculty of Social and Political Science (FISIP). This new building was designed by XY Architects and consists of two building masses that are connected by an atrium covered with skylights at the top and curtain walls at the two ends.