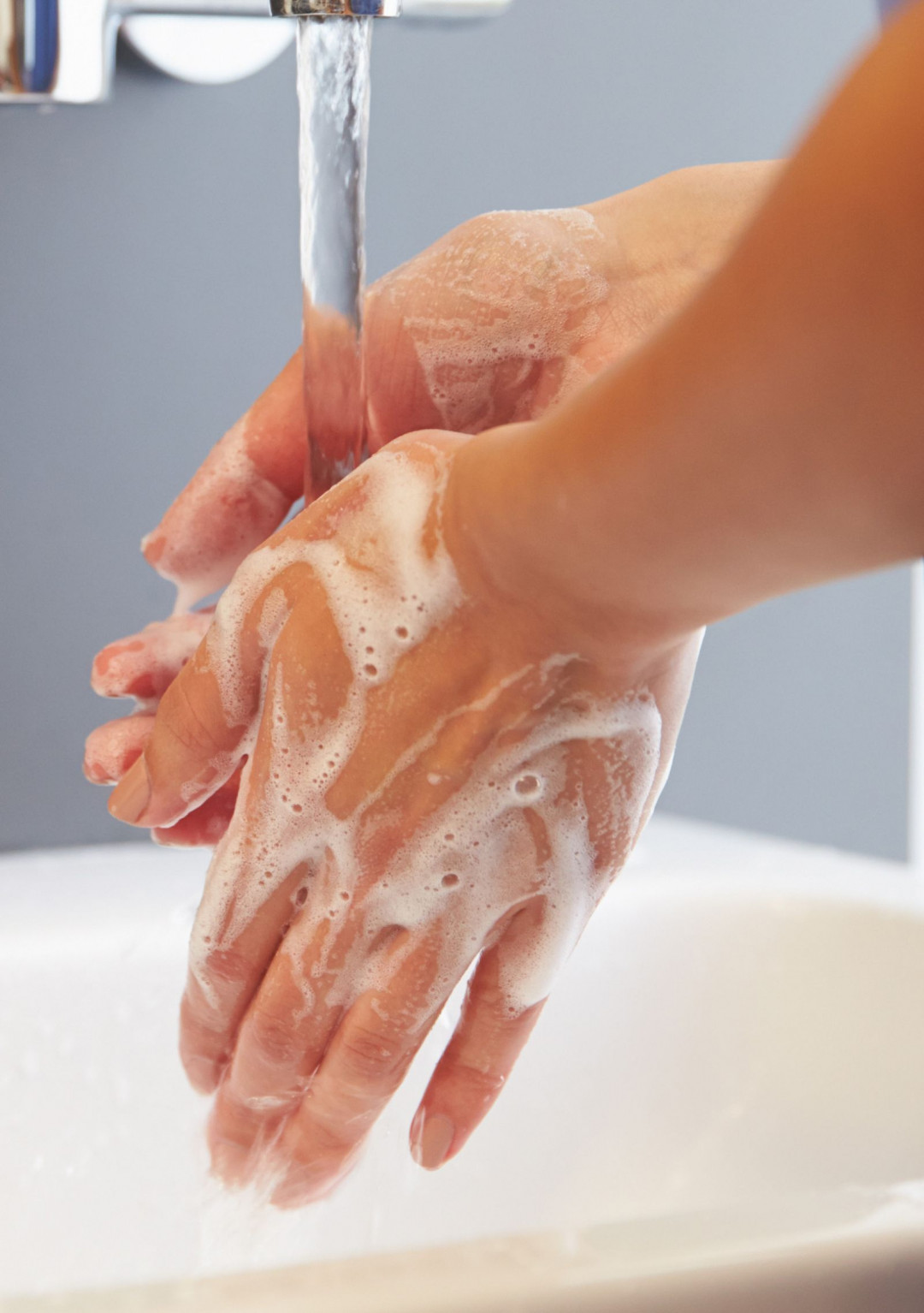 However temperatures over 60ºC can cause scalding, so in accordance with AS/NZS3500.4 water temperature needs to be controlled. AS/NZS3500.4 states that in healthcare facilities the only deemed-to-satisfy solution is the use of thermostatic mixing valves set to a maximum temperature of 45°C.

What can go wrong?

In the case of Brisbane’s Wesley Hospital, managing the outbreak wasn’t easy. A major investigation of the hospital’s cooling and water systems and independent investigations and sampling, found the contamination was from the heated water system. Contributory factors were identified in the presence of dead legs, and a lack of awareness for regular and on-going maintenance of plumbing fittings.

Following the incident, Queensland Health asked almost 250 state and private hospitals to test their water systems for Legionella. The results indicated a quarter of all hospitals tested returned a positive result.

While internal water systems in Australia have traditionally been designed with issues such as legionella control in mind, inconsistency differences between the minimal design guidelines of the various States and other regulatory bodies’ means conflicts can occur. The ongoing threat of Legionnaire’s Disease is a very real one and therefore something must be addressed by the building and design sector.

Thankfully we are blessed with hindsight and can look to European models that are leading the way in the management of Legionella in hospitals. The UK Department of Health provides comprehensive advice and guidance in a code of practice for the control of Legionella in health water systems - these are focussed around distributing water hot at all times meaninga thermostatic mixing valve - which mix hot and cold water at the point of use should be used. This is required for safe warm water delivery avoiding potential scalding.

By integrating a thermostatic mixer into a point-of-use mixer, the risk of Legionella is minimised as full temperature heated water is plumbed directly to the draw off fixture eliminating warm water pipe lines where Legionella may breed.

WHAT CAN BE DONE

A number of measures can be employed to control Legionella bacteria in hot and cold potable water systems.

Hospitals are one of the highest risk environments for Legionella as they have large and complex water systems that are difficult to monitor, filter, temper and flush. Couple this with the vulnerability of those using the systems and the threat of Legionella in hospitals intensifies.

Since the first documented outbreak of Legionellosis in Philadelphia in 1976, more than 42 Legionella species have been identified. Hospitals are one of the highest risk environments for Legionella as they have large and complex water systems that are difficult to monitor, filter, temper and flush. Couple this with the vulnerability of those using the systems and the threat of Legionella in hospitals intensifies.

Legionella bacteria occur everywhere in lakes and rivers, although the concentration of Legionella in natural habitats is low. Elevated temperature, inorganic and organic contents of the water and the presence of biofilm play key roles in its growth and spread. These factors may explain why Legionella increases in density in artificial habitats such as man-made warm water systems. The disease causing bacteria start to multiply in water at temperatures over 20 degrees Celsius with the highest concentrations found in water samples of 30-40°C. Optimum conditions for Legionella growth are found in warm stagnant water reaching a temperature of around 35°C.

While the Legionella bacteria is commonly portrayed as rare, scientific research has shown it is not ... Research in the US found that 70% of hospitals tested had Legionella bacteria in their water systems. The diseases caused by Legionella are collectively termed Legionellosis and is transmitted by breathing in fine droplets of water that contain the bacteria. It can’t be transmitted person to person or by drinking contaminated water.

A significant outbreak of Legionnaire’s disease occurred in February 2015 in New York, resulting in the death of 12 people with at least 100 others infected. In the UK, clinical studies have shown that Legionnaires accounts for around 3% of the 200,000 cases of community acquired pneumonia’s diagnosed each year². This means that the actual number of cases occurring may be 10 times higher than the reported number of cases per annum.

Additionally, worldwide incidences of hospital-acquired Legionnaires disease are increasing. While effective antimicrobial treatment is available, this is often complicated by underlying diseases or misdiagnosis. This contributes to the much higher mortality rate of 33% for hospital acquired Legionnaires disease, compared to 13% for community acquired cases of the disease ³.

Closer to home, one of Australia’s biggest outbreaks occurred in 2013, when contaminated warm water drawn through hospital taps at Brisbane’s Wesley Hospital resulted in the death of a patient and left another critically ill in intensive care. It was reported that a State Government energy efficiency program may have increased the risk of Legionella bacteria growing in water supplies. Temperature controls in place at the hospital meant water could not reach higher than 45°C which created an optimum environment for bacteria growth.

A hospital’s pipe network is an ideal reservoir for Legionella growth and the presence of the bacteria in a high proportion of distal sites is predictive of cases of Legionellosis occurring. During a recent study of 8 hospitals in the US and Spain, 100% of hospital water systems colonised with Legionella reported hospital acquired Legionnaires disease.

Stagnation is another key breeding factor that will exacerbate Legionella growth in water systems. When water is used infrequently or where there are significant dead legs in pipework, the risk of contamination is increased. It is both good design practice and the requirement of various State Health guidelines to reduce the length of warm water pipework in order to minimise dead legs, and in some circumstances to remove them completely as well as ensuring systems are flushed on a weekly basis when taps have not been in use.

While warm water systems have historically been the cause of many outbreaks of Legionella, over the last few years Legionella bacteria have increasingly been discovered in cold water systems. Partly due to energy conservation measures, with new buildings having improved insulation and better heat retention and reduced energy losses.

Cold water distribution systems are a natural heat shield in buildings due to the temperature difference between the system and the ambient air. As a consequence the water within these systems becomes increasingly warm, rising to a temperature which supports the proliferation of Legionella bacteria.

This may be due to the “warming up” effect of cold water, which can occur after long periods of stasis or when the cold and warm water pipes are closely fitted in the same shaft without appropriate insulation. This warming up effect may not be detectable at the time of sampling, but highlights the importance of regular assessment of cold water systems, regardless of the water temperature at the time of sampling.

Regular movement of cold water around the system and the increased force caused by regular movement as close to the outlets as possible helps to reduce the accumulation of biofilm in the distribution pipes, by preventing stagnation. This also helps to keep temperatures low, slowing Legionella growth

Designers and healthcare professionals need to consider the risk of water-borne nosocomial infection arising from the installation of excessive numbers of outlets. Cold water distribution pipework and storage tanks in new healthcare premises are frequently oversized and it is common practice to fit more tap and shower outlets than are needed. Outlets which are not used regularly and cold water within distribution pipes and associated cold water storage can become stagnant, and water temperatures can rise into the temperature zone that supports the growth of biofilm and the proliferation of Legionella bacteria.