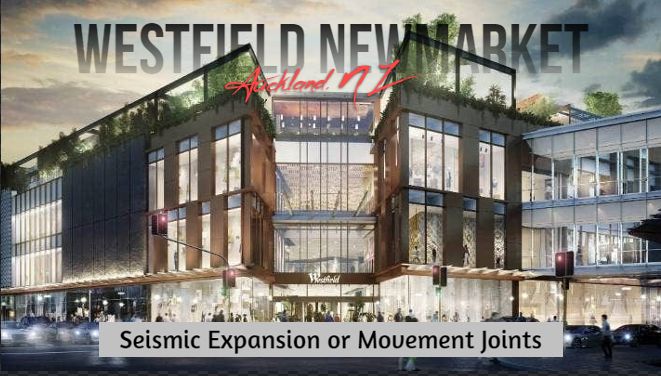 As New Zealand has experienced earthquakes between 4.0 – 8.1 magnitude in the past 21 years. It’s mandatory, as outlined in the building code, that all new buildings are compliant with the rulings on seismic activity.

Scentre Group Design & Construct approved & specified Unison Joint product for their new Westfield Centre in Newmarket, Auckland. Unison Joints expansion joint systems were compliant to the stringent seismic building code. Our team of Engineers were able to assist with designing products to suit the different issues Scentre Group were faced during the construction. Manufacturing was undertaken in Brisbane with the Engineers guidance.

Scentre Group were supplied the longer warranty as needed.