The Legacy of Colour and Irreverent Design 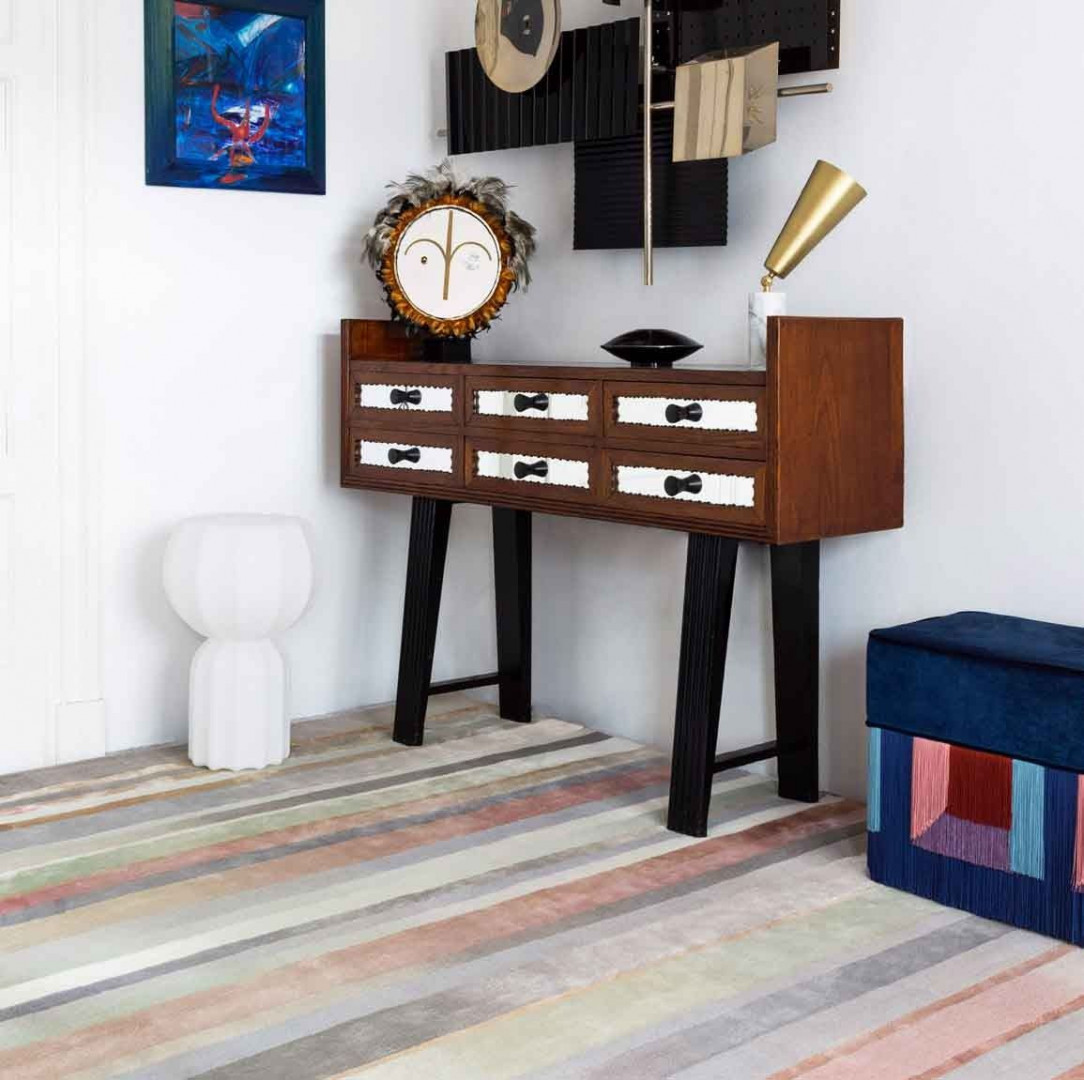 For two decades we have been fortunate enough to call Paul Smith our most colourful collaborator. After a chance encounter in his Notting Hill shop with Christopher Sharp, founder of The Rug Company, Smith first began designing rugs with us in 2000. Daring, bold and irreverent, his myriad collections feature a diverse assortment of rugs. From traditional aubussons to bright stripes and bold swirls, our new additions pay homage to some of his most iconic and best-loved designs.

The Evolution of Swirl:

Smith’s quintessential Swirl rug has appeared in seven colourways over the past 20 years and we’re thrilled to showcase its iconic progression while introducing you to its newest sibling; Modern Swirl.

20 years of the Swirl (from top left): Swirl: 2000, Monochrome Swirl: 2002, Brown Swirl: 2003, Paris Swirl: 2004, Swirl Silk: 2005, Pale Swirl: 2006, London Swirl: 2011, Modern Swirl: 2020 Reworking the uplifting pattern in a new fresh colourway, his hypnotic trademark stripe is adapted in a multicoloured vibrant palette of muted jewel tones to create unwavering versatility. Each of its 32 colours takes our Dye Master 12 hours to perfect and are carefully calibrated to coalesce rather than clash.