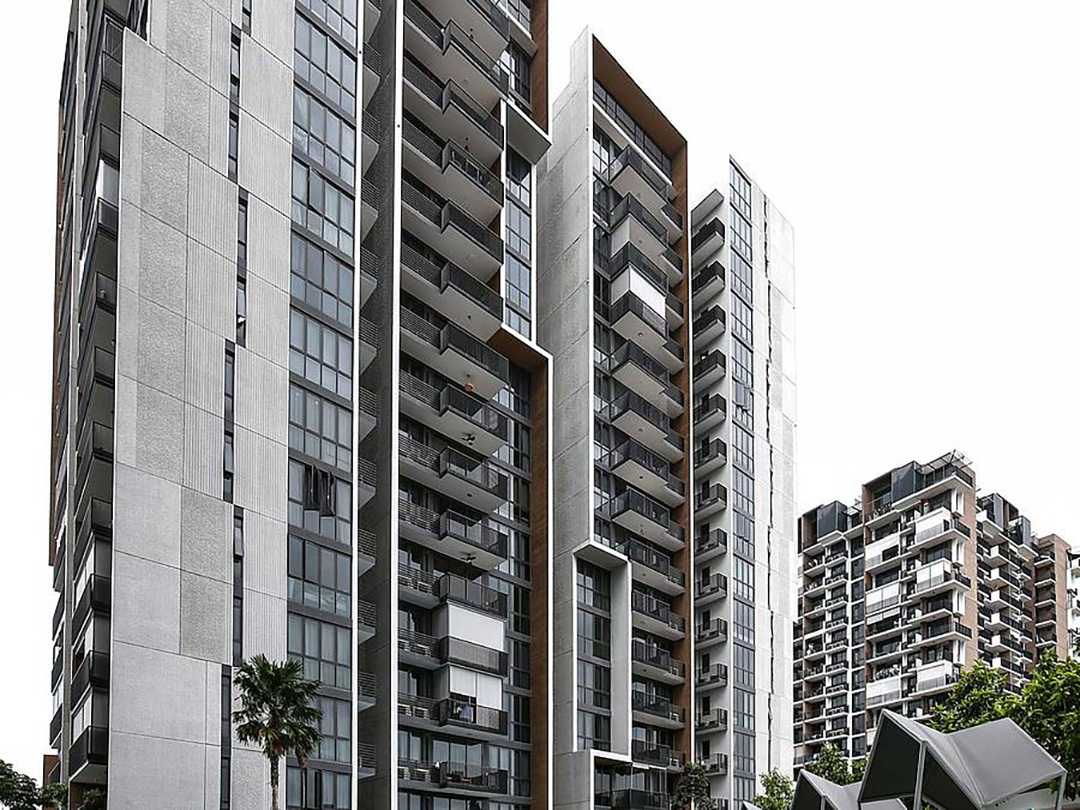 18 floors high yet not imposing: the clever façade design of “The Venue Residences and Shoppes” is what makes the complex in Singapore such a success.

Since 2017, “The Venue Residences and Shoppes” has been enriching the city center in the heart of Singapore. The architects have been praised for their design and the project’s sustainability. The complex includes four residential towers at 18 floors each as well as a block of 6 duplex units that open out straight onto the pool.

The low duplex units are arranged in front of the residential towers, creating a light look where the multi-story blocks overlook the pool in an impressive rather than imposing manner.

The exterior of the towers is defined by large windows and balconies, and the external walls are presented in a light concrete with a ribbed texture. The architects selected three different textures from the RECKLI SELECT series: 1/37 Rib Type J, 2/106 B Amur and 1/124 Taro. Each boasts a medium to rough broken texture separated by indentations with different depths. The ribbed finish slims down the look of the exposed concrete surfaces, and the transitions between the three different textures create visual excitement. 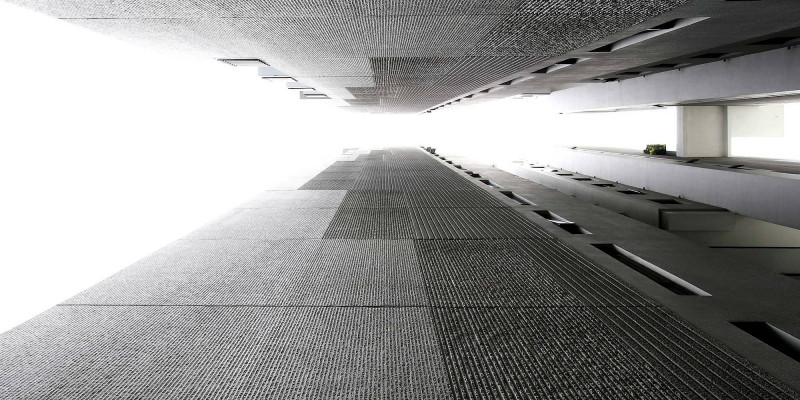 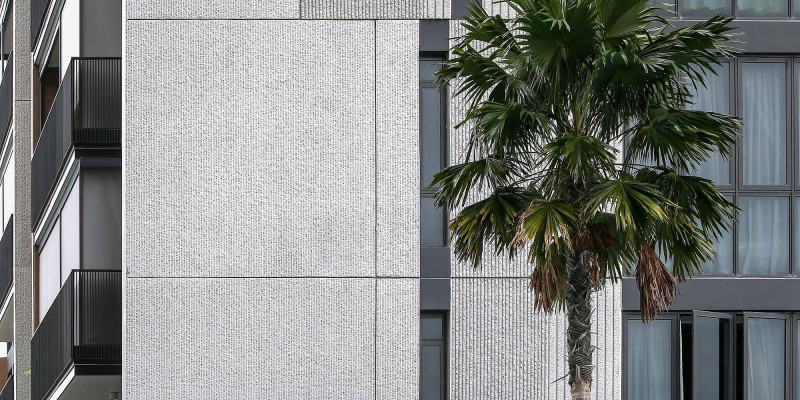 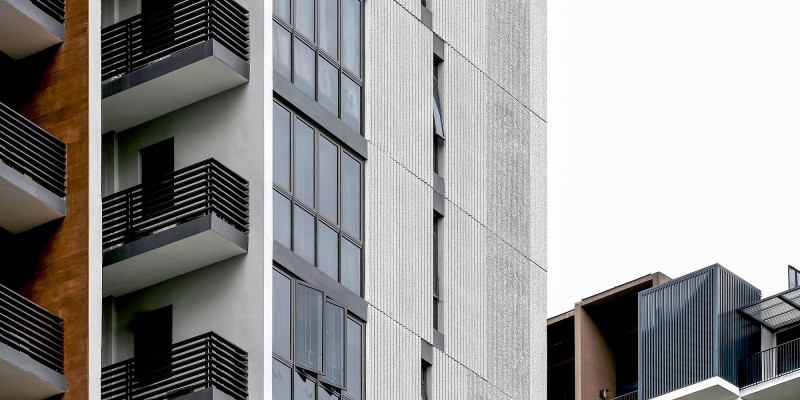 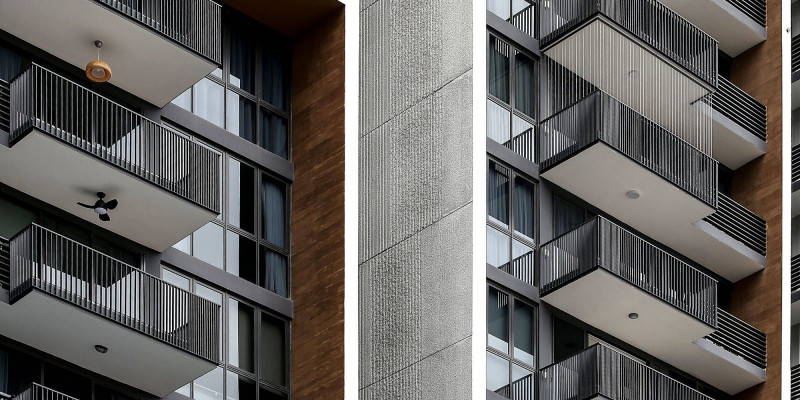 Once the prefabricated elements had been texturized, the architects had a sealant applied to the concrete to protect the surface finish from dirt and water damage. The sealant forces water and dirt particles to drip off the surface instead of permeating the inside. As this effect contributes to the building’s longevity, meaning less maintenance, the building was awarded a sustainability award in 2018.

Shaped like a fan, the plot posed a challenge to the architects and project developers when it came to accommodating the 266 planned residential units. The team experimented with nine layouts to rise to the expectations of space and comfort. As the building complex was erected at a large intersection in downtown Singapore, the architects positioned the four residential blocks away from the road. This decision also allowed the stores in their design to speak for themselves. As the complex is located in the vicinity of a historic shopping street and the plot already featured stores in the typical Singapore style, the architects decided to reference the typically local style when constructing the new stores.

“The project intends to reinforce the nostalgic charm of the original ‘shop houses’ with a lively, modern touch,” say the architects. The team was awarded the “Singapore Good Design Mark” in 2015 for the draft of “The Venue Residences and Shoppes”.

Project: The Venue Residences and Shoppes, 2017