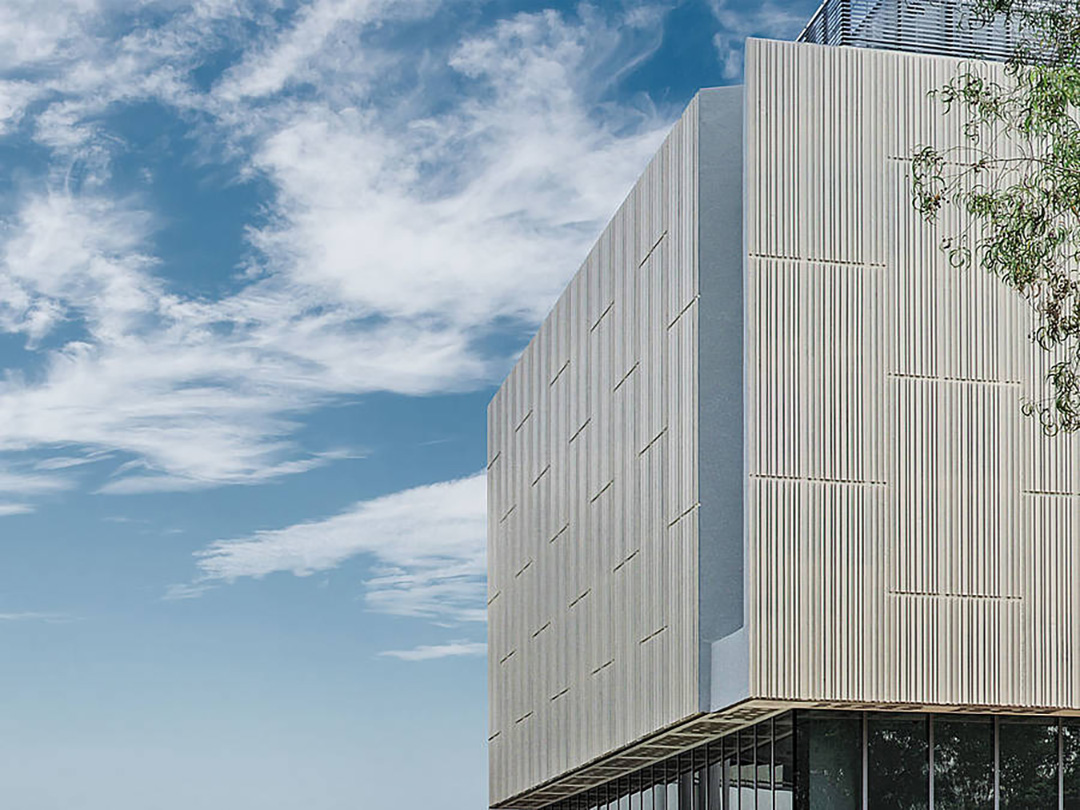 Raffles Girls’ School, a traditional girls’ school in Singapore, had outgrown its campus. To house its large number of students, the school has erected an impressive new build.

Over the light, inviting glass front of the ground floor, the external shell of Raffles Girls’ School in Singapore turns into a concrete façade. A ribbed texture embellishes the prefabricated concrete elements used to clad the exterior. The texture is a pattern from the RECKLI series SELECT, which comprises more than 200 textures ranging from natural to fantasy designs.

“154.6 square meters of formliner were used for the project”, says the RECKLI partner in Singapore: the formliners were produced in the German factory in Herne then dispatched to Singapore. The architects, DP Architects out of Singapore, chose the RECKLI texture 1/176 Rába for the façade’s surface finish: its vertical ribs vary in width and are separated by grooves of 30 to 120 millimeters.

The texture gives the elements a slender look, making this large expanse of concrete façade less intimidating. DP Architects chose the look for two new buildings on the new Raffles Girls’ School campus. The new construction work was required to provide more space for classrooms, teachers, art and sporting events as the girls’ school has grown drastically over recent years. 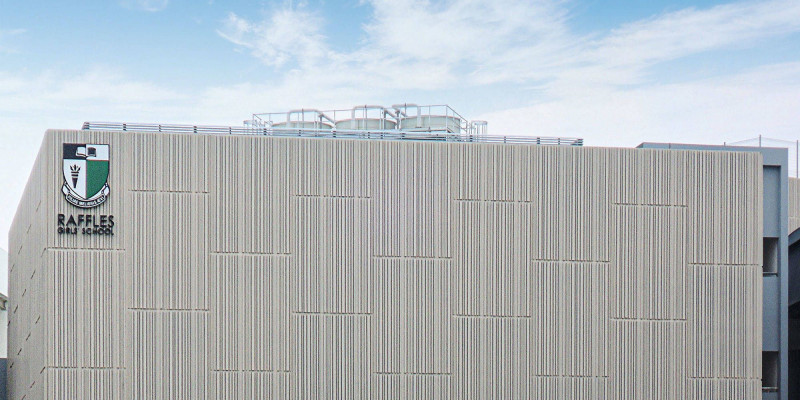 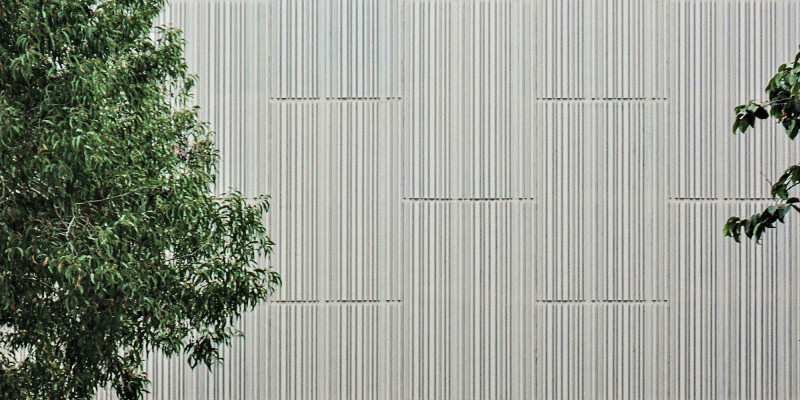 Raffles Girls’ School in Singapore was founded in 1879 and is a traditional girls’ school. It dates back to an initiative founded by eight women, who took in orphaned and neglected girls at risk of poverty and prostitution and educated them to improve their prospects of a brighter future. Even today, the school’s motto remains “filiae melioris aevi” or “daughters of a better age”, defining the teachers’ efforts to prepare their students for a successful future over their six years of study.

During the construction project, the school used donations to erect a modern performing arts center. The architects also restructured the room layout: teaching staff now all use the same room as opposed to being separated into multiple rooms as in the old building.

DP Architects is one of the largest architecture firms in Singapore, having formed as a design partnership in 1967. The firm’s motto is still “design first”: the architects always challenge themselves to move people’s experiences and moods to interact with their architecture through their designs.

The new building was erected on the 140th anniversary of Raffles Girls’ School. School management and the students opened the new campus in October 2019 with a celebratory ceremony. The first school year on the new campus began in January 2020.