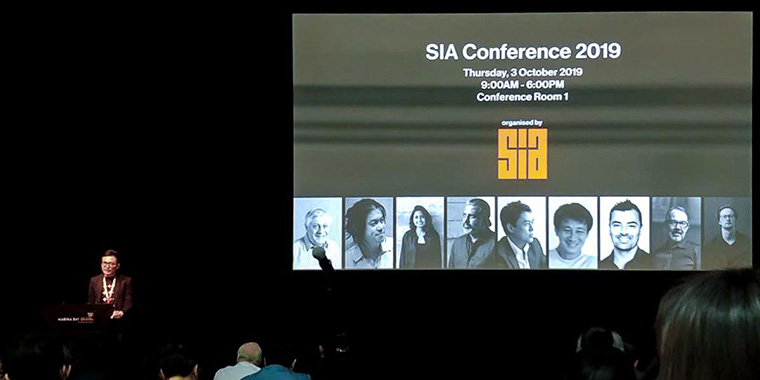 This year, the theme for the festival was Craft. Working alongside artisans, architects develop an understanding of materiality and techniques that often reflect the genius loci. While it is easy to focus on the role of craft in the discourse of architecture, the theme had the potential to encompass far more.

The original article is published in FuturArc Volume 67

This year, the theme for the festival was Craft. Working alongside artisans, architects develop an understanding of materiality and techniques that often reflect the genius loci. While it is easy to focus on the role of craft in the discourse of architecture, the theme had the potential to encompass far more.

Seah Chee Huang, president of Singapore Institute of Architects, opened the SIA Conference 2019. “This year, specifically, we focus on craft to reflect our chief aspirations. Through craft, we would like to re-examine the contextual relevance of our practice, the capacity of design, and in turn, reinforce the fundamental roles of architecture and the idea of being an architect. The advent in technology has opened a myriad of interpretations that challenges traditional understanding process and techniques of making architecture.”

David Nelson (head of Design, senior executive partner, Foster + Partners), was the keynote speaker at this year’s event. “Contractors usually say that it is cheaper to knock it down than to rebuild. It is probably cheaper in financial terms, but in carbon terms, it is quite the opposite. All the cities that we live in already have a huge investment in locked carbon in the existing buildings, where a majority of them have lasted beyond their prime. So, can they be renovated? Do we have enough effort to consider keeping these buildings, modifying or extending them? I think we have to show more respect to existing structures. Land prices have since skyrocketed; it is a commercially driven problem.

“I think if we build in the future, we need to actually design something that could be occupying nature in a different way, and that is a hard thing to do. All life is between two slabs: it is a slab up there and another down there. All that alters is the dimension. If we were smart, we would actually think about optimising all that should be, particularly for large-scale urban planning city projects. If we have this kind of mindset, buildings will never need to be knocked down.

“I think that China is very interesting. They are one of the largest polluters in the world at the moment, but they are also putting in huge amounts of work looking at alternative ways. We have completed many master plans in China that really push a lot of new thinking in technology, food production in cities, water storage, etc. It is an interesting dichotomy between where they are now and where they ultimately might end up,” Nelson observed. 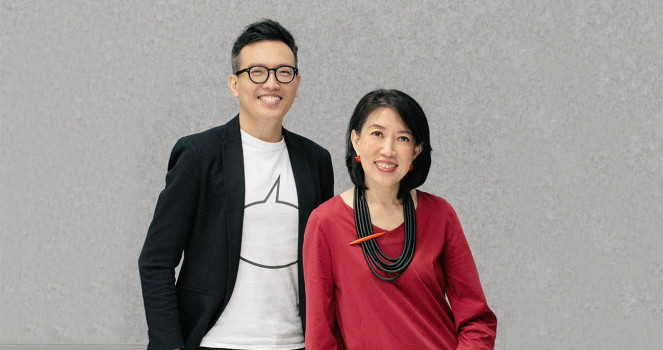 NEWS - SINGAPORE
1 YEAR AGO
DP Architects Announces New Chairman and Chief Executive Officer
DP Architects and its group of companies announce the appointment of Ms. Angelene Chan as its Chairman and Mr. Seah Chee Huang as its Chief Executive Officer, effective from 1 February 2021. This new appointment is part of the leadership renewal and continuity plan for the 1000-strong multidisciplinary design practice, as it moves into its next phase of growth. 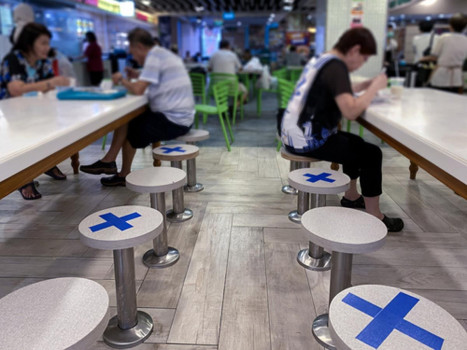 NEWS - SINGAPORE
2 YEARS AGO
Handling COVID-19 in Singapore: Government Mitigation and Regulation on Spatial Use
In handling the COVID-19 outbreak, Singapore has come up tops in its whole-government response (Statnews) in acting quickly; rigorous detection and strict quarantines, as well as effective communication (Time). How exactly do the measures play out in terms of space and building use? We take a look at some of the key governmental measures to curb the spread of COVID-19 that have impacted the use of common/public and commercial/private spaces.