The Nursing Home of the Future 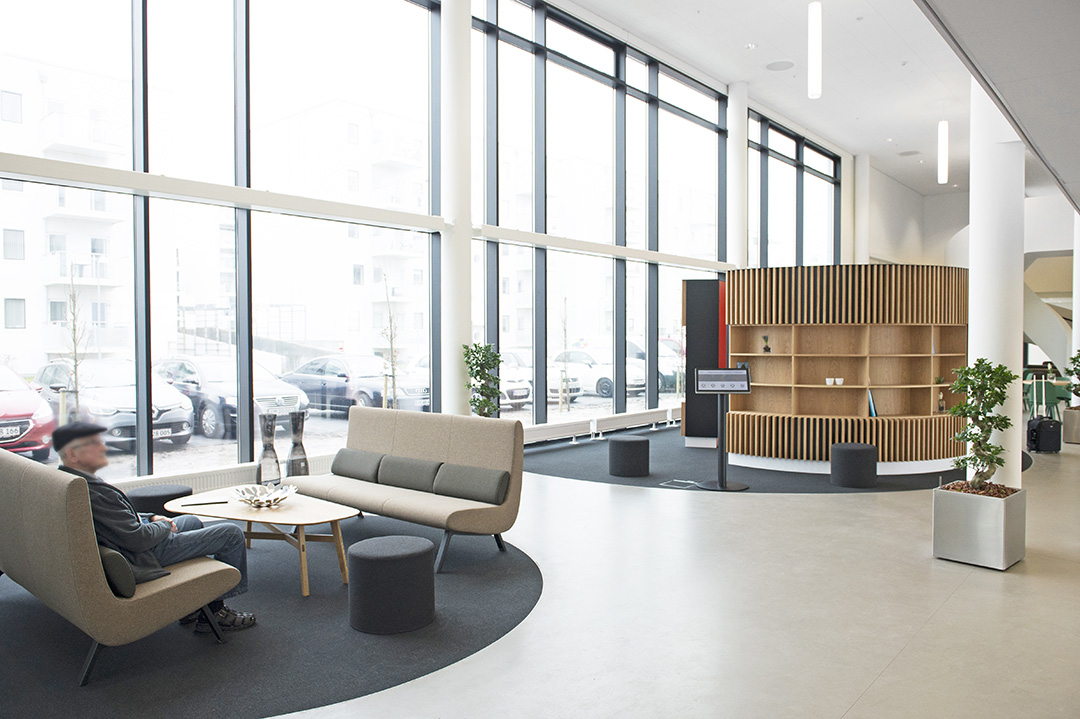 This nursing home in the northern tip of Denmark took a new approach to how the surrounding city could become a bigger part of the daily life inside. Rethinking the architecture also meant that noise and acoustics had to be considered carefully.

Open to the public

The Nursing Home of the Future - that really is its name - is located near Limfjorden in Nørresundby and offers its residents nice, bright flats and also invites them into common areas that bear little resemblance to an institution the traditional sense.

The building was designed by Nørkær+Poulsen Architects and Østergaard Architects and their vision was to open the facility to the outside world. For example, the restaurant is designed so people other than the care home's 75 residents can come and eat there. The fitness area is used not only by the residents but also by seniors who live in the area. There are a lot of informal lounges, small kitchenettes, reading rooms and other themed spaces. 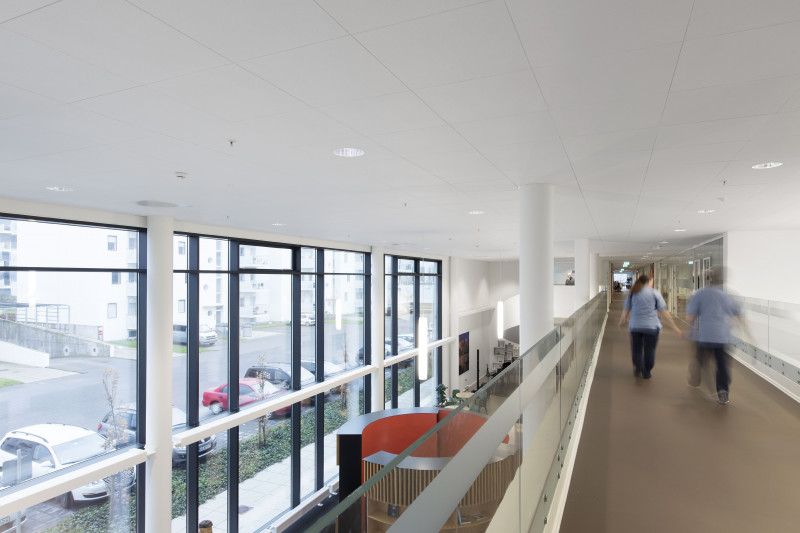 The intention of the architects was to create more life in the nursing home making it more vibrant and inspirational for those inhabitants that was missing their normal interactions. Especially in the common areas noise could potentially become an issue if not controlled. A risk was that the elderly inhabitants could not enjoy the conversations simply because of poor acoustics. Acoustic ceiling tiles were installed in all the common areas and corridors in  the building ensuring optimal noise control. Rockfon Sonar X was the preferred solution both due to its acoustic properties but also because the grid system was concealed and the design gave a homelier feel to the space.

A home not an institution

For the residents, this is their final home and the architects have tried to be very respectful of this by designing a building that looks very inviting and warm. Knowing that a nursing home is characterised by trolleys in the hallway, kitchens being used, people visiting, talks in the corridors – noises that you will not have in your own home – it was vital for the architects that when you were in your own flat these noises was kept out. The acoustic ceilings helped lower the noise levels as well as retain the noise as much as possible to accommodate for the architect’s vision of building a “home” instead of an institution. 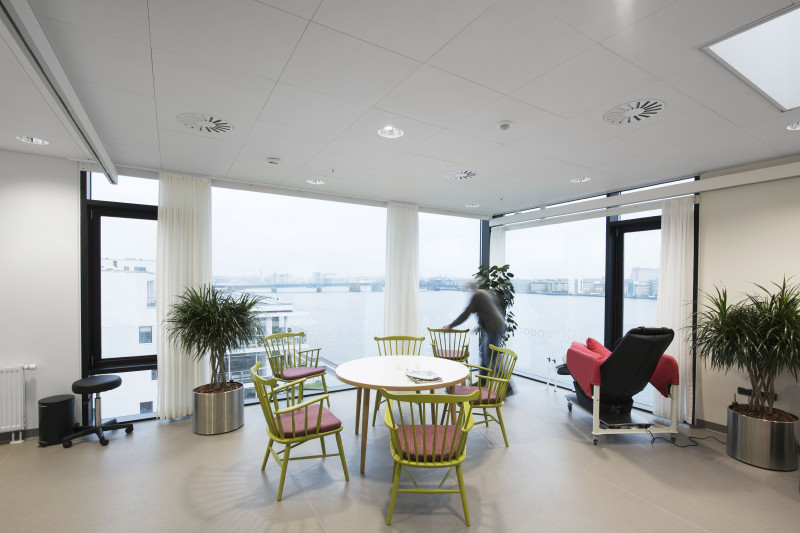